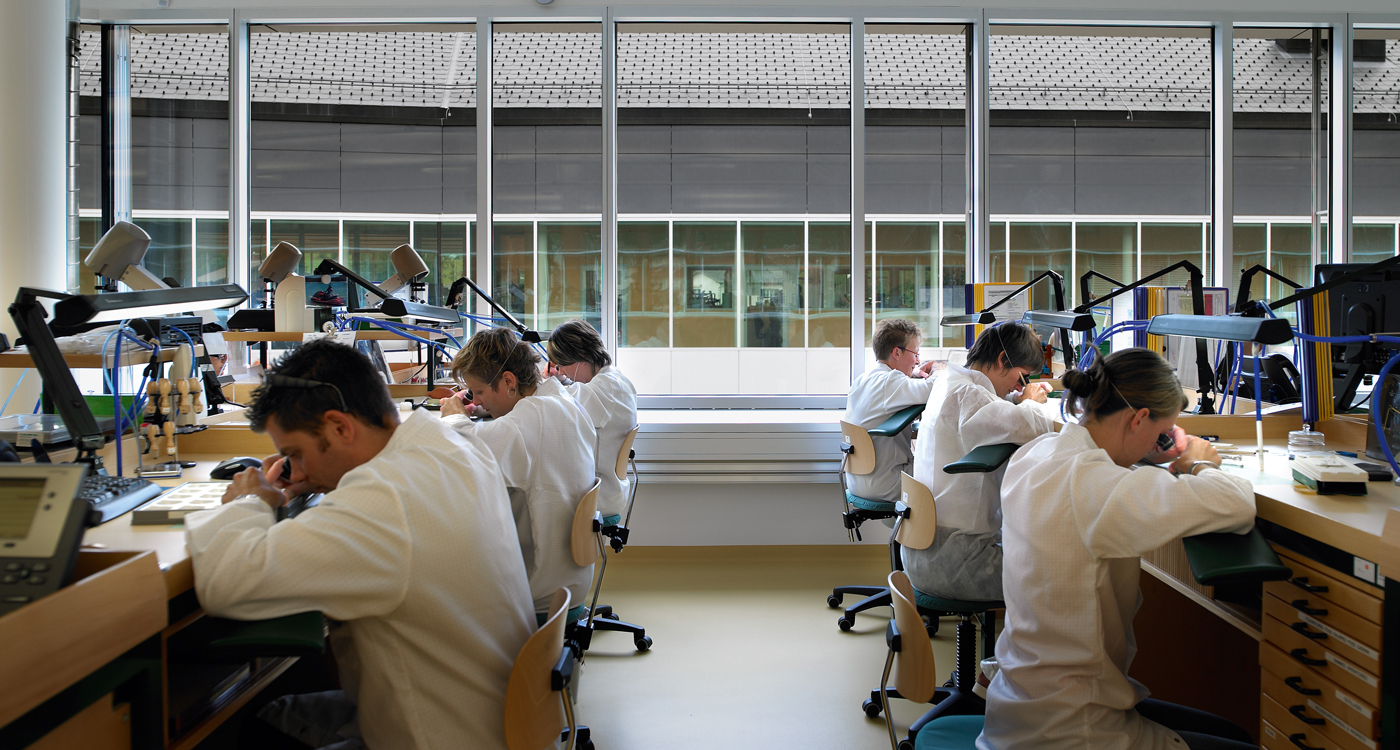 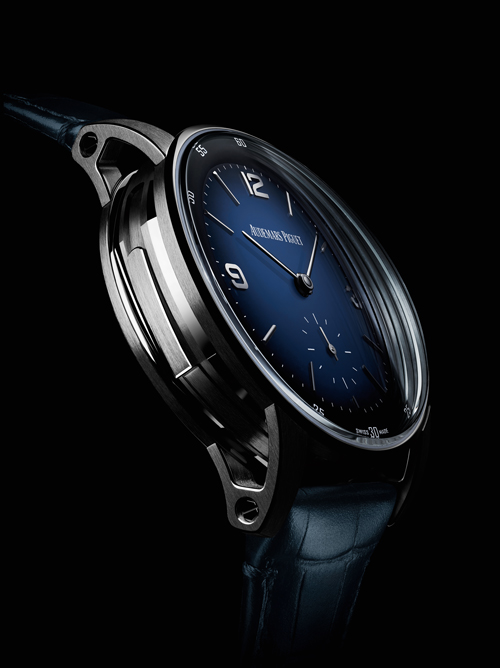 Traditionally, a minute repeater’s gongs are attached to the main plate, but in the case of the 295,000 USD Code 11.59 Supersonnerie, they are attached to a device that acts as a soundboard to make them louder.

Audemars Piguet, which has continued to be owned and managed by its founding families ever since it started, is an incredible company for the way in which it has managed to stay at the forefront of watchmaking.

It’s startling to think that, just over twenty years ago, Audemars Piguet was actually in financial difficulties. Founded in 1875 by Jules-Louis Audemars and Edward-Auguste Piguet in Le Brassus, Switzerland, the brand had always been regarded as one of the so-called big three traditional manufacturers (along with Patek Philippe and Vacheron Constantin), yet even so, 120 years or so after it was founded, demand was waning to the point that the newly established large luxury conglomerates began to circle in on their prey.
What the company did next however should be made into an HBS case study. You see, instead of caving in and admitting defeat, AP put together a resurrection plan that it figured it could finance if it pushed through the sale of a prime but non-essential asset – Jaeger-LeCoultre (which AP, at that time, owned a 40 per cent stake in). And, after a furious bidding war in 1999, they ended up successfully offloading Jaeger to Richemont, pocketing hundreds of millions of dollars in the process.

Audemars used the money to expand their capabilities in manufacturing movements, bringing in-house the production of many calibres that it used to previously purchase from Jaeger-LeCoultre, as well as other suppliers. But it also went beyond this, by purchasing a controlling stake in complication specialists Renaud & Papi, thereby elevating their standing among watch connoisseurs who value both innovation and authenticity in their complicated timepieces. Finally, AP took the very prescient step of buying out their distribution in a number of key markets including the US, and that helped cease the overflow of grey market imports that had done much damage to its image. Each one of these decisions could be considered prudent in its own right, but their combination was revolutionary especially when you consider this was a time when the popularity for oversized sportswatches was just going into overdrive (and for which AP had the perfect product in the form of the brawny Royal Oak Offshore, released six years prior, in 1993).

Of course twenty years on, Audemars Piguet has now reached superstar status. Just go to any one of their worldwide boutiques and attempt to order a Royal Oak and you’ll be told to get on the list and come back in three years time. But just as the fad for more bulky watches like the Offshore has somewhat passed, AP is keenly aware that it needs to do more than rest on the laurels of the Royal Oak’s success. “Innovation has to be the tradition of tomorrow” was the way Olivier Audemars, the Vice Chairman of the Board and the great-grandson of Edward Auguste Piguet, put it to us on a recent visit to Switzerland. Indeed, Michael Friedman, an American historian who is now the company’s Head of Complications elaborated upon the point further, during a private chat. “What Olivier is saying about innovation is exactly right. We talk about technology when we are in the present but technology becomes technique when you look to the past, and it is this dichotomy of technology and technique that is art the heart of our thought process and, believe it or not, our strategies as well,” says the erudite American. “We think deeply about these bigger concepts because this is what will take us on the path to producing the right product and having the right relationship both between us and collectors, as well as them and their watches.”

Audemars Piguet are trying to ramp up production at Le Brassus in order to meet demand but it will take time, they say.

His point is backed up by the actions of the brand too. Just look at the marque’s three main families of complications and you’ll see how far they’ve been able to push the envelope over the last five years. For starters, take the chronographs and their halo product, the Schumacher Concept. In essence, what AP did, at the behest of the world’s most famous racecar driver, was to reverse engineer a complex digital technology into an analogue object, and the result is simply extraordinary. After all, the Schumacher Concept is not a split second chronograph, it is a true lap timer. 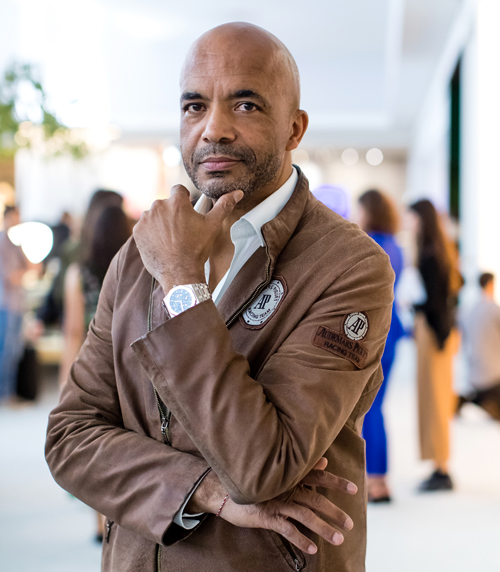 Next, let’s jump ahead and examine the RD#1, which later became the Supersonnerie, and you’ll see that eight years of RnD including everything from taking apart a museum watch to studying neurology in collaboration with the EPFL (École Polytechnique Fédérale de Lausanne) managed to get distilled into the Code 11.59 Supersonnerie. That watch, which recently won the GPHG ‘Men’s Complication Watch Prize’ of the year has effectively pushed minute repeaters in a totally new direction in terms of resonance and clarity.

Finally, let’s look at what AP was able to do with the RD#2, which is not just the thinnest Royal Oak ever, it’s also a Perpetual Calendar: honestly, wow doesn’t even cover it. So it’s exciting to see where AP goes next. “In that regard,” says Friedman, “I’d say the biggest change for us came in 2002. Just as we did in 1972 with the Royal Oak, in 1986 with the tourbillon, in 1993 with Offshore, the Concept took us in a direction that traditional companies had never gone. As a result, it introduced us to a whole new genre of collectors and enthusiasts who weren’t being spoken to and that has helped drive the company forward, while also providing us with new paths of communication. At the end of the day the Concept allowed us to embrace futurism, and it became a stage for some of our most advanced work. In terms of 21st century watchmaking there is a before- and after-Concept. I’m not saying the unconventional watches of today are all influenced by it but I can tell you it all started with that watch. If you speak to Max Büsser, Steven Forsey, and the guys over at Urwerk they’ll all recognise that the Concept permitted behaviour and the possibility of watchmaking that just didn’t exist before.”

So, more specifically, what’s next for AP? “We will grow but very steadily and we will only grow if we take no shortcuts. There are companies in the market who are choosing to make less watches, and that’s a choice to drive market, and there are other like us that have a limited capacity. Still, we calculate our RnD projects to be contributing to the history and future of horology, both protecting the bench, as well as empowering new advancement.” 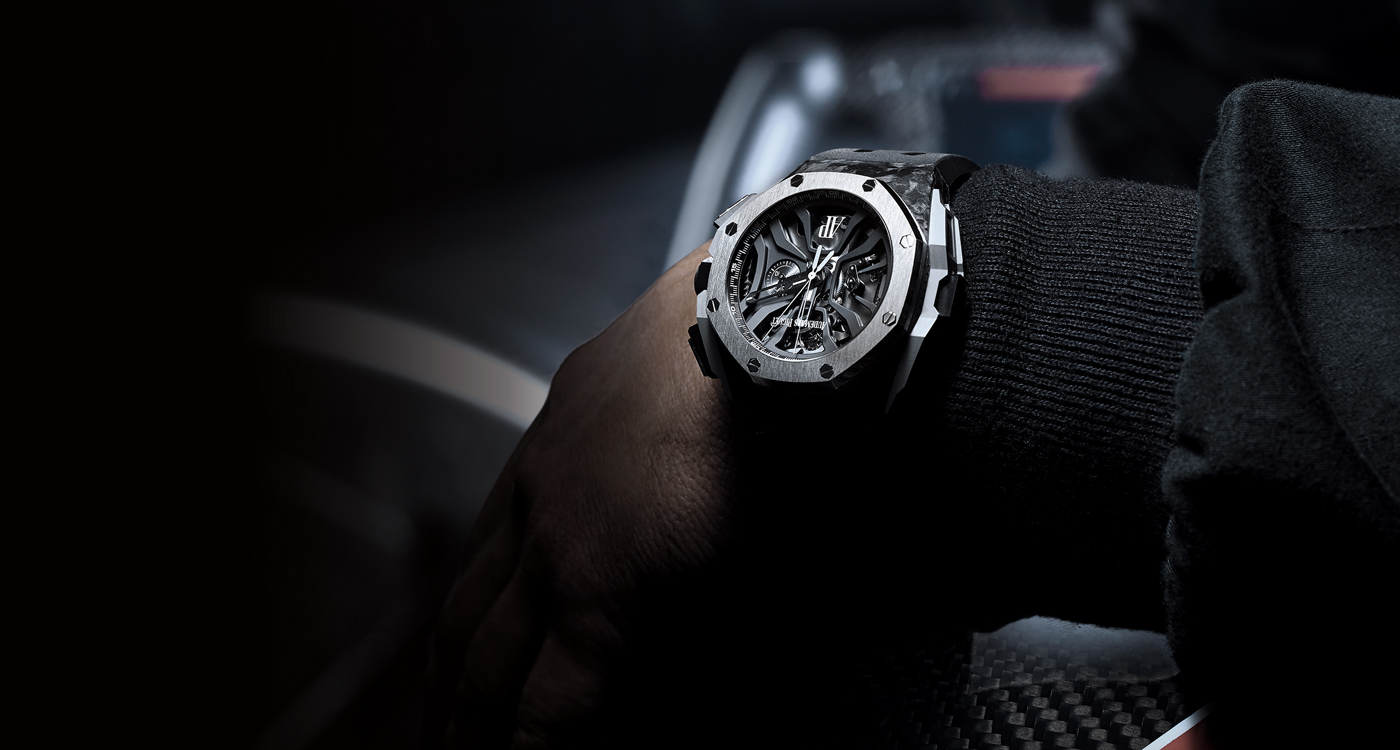 Of course, unlike at Patek where they continue to threaten to discontinue the white hot Nautilus, Audemars Piguet will never cease producing its classic, they’re simply not yet in a position where they could afford to abandon a watch as in demand as the Royal Oak, but there are some exciting projects in the pipeline nevertheless. “We are working on some really fascinating products,” concludes Friedman. “But just like thin watches, which were a big part of our history, we have also been on the pulse of material science going all the way back and you’re soon going to see a lot of improvements in terms of waste, which is something that’s very important to the board. We want to be the very best at this in the future and lead the way in that domain.” You heard it here first.