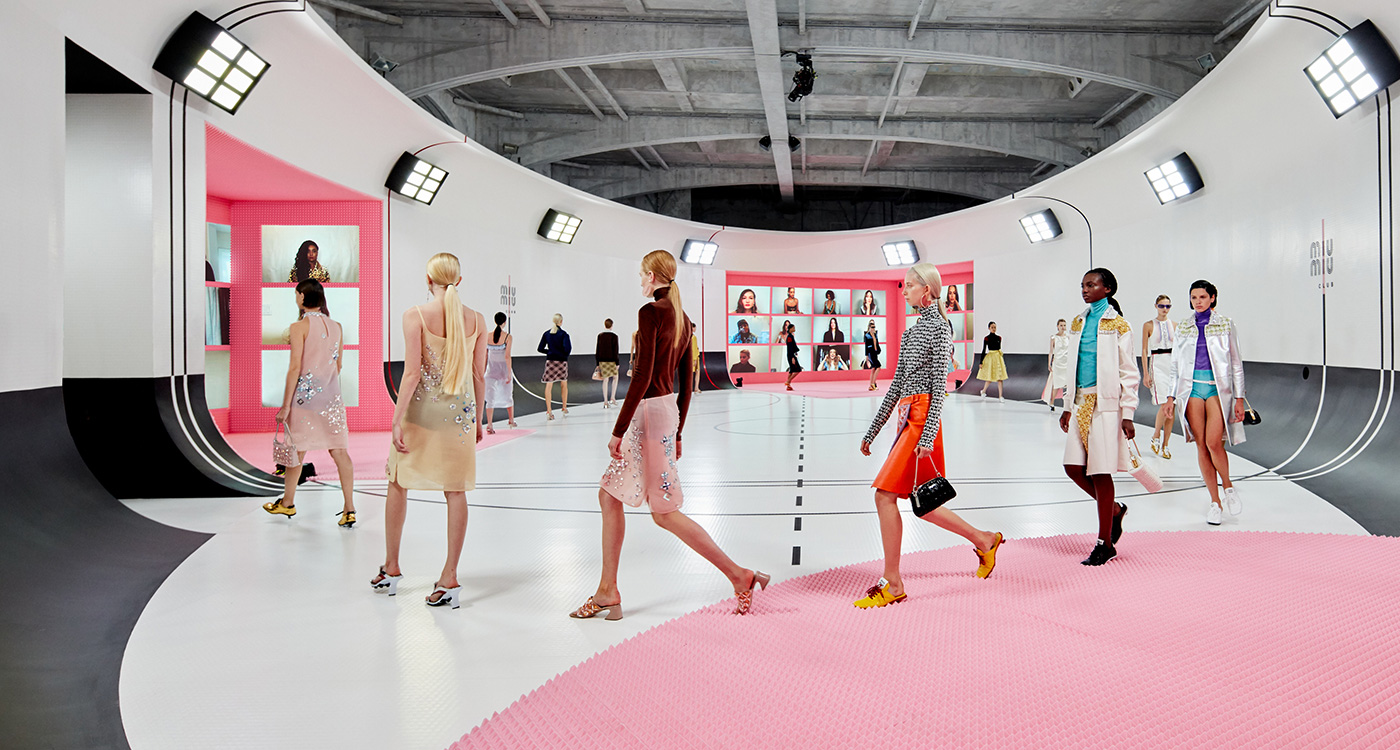 Miu Miu's S/S'21 Runway Show was Both Bravely Transigent and Perfectly Adapted to the New Realities of the Global Pandemic
January 17, 2021 Mai Alami

The outbreak of the Covid-19 pandemic has changed life as we knew it. No longer can we meet up with friends, embrace family, engage in sports, go to school, party till sunrise and so on. Instead, we have spent the vast majority of 2020 confined indoors, compelled to experience life through the sterile lens of Zoom, FaceTime, and livestreams, continuing as best we can, while living in fear of a virus that doesn’t discriminate between race, gender, religion or sexual orientation. And while the coronavirus cases continue to spread around the world, almost unabated, causing an economic impact that’s ever growing, one of the hardest hit inhuman casualties of the war we’re waging against infection has been high fashion.

Clearly aware of this, Miuccia Prada put together an impressively on-point Spring/Summer 2021 show for Miu Miu, her diffusion line that’s often referred to as the younger sister of Prada. The 71-year-old designer demonstrated a profound understanding of what’s at stake, hosting an audience-free show that employed an almost Black Mirror-like interaction of technology and mutual canvassing, while also embracing the all-too prevalent habit of lounging about in comfortable clothes.

“This Miu Miu collection is about polarity,” she explained in her programme notes. “These are polar times. Everything is opposite. Sportswear and evening wear, a moment of reality, a moment of fantasy. In life, you need both.”

Eschewing a socially-distant seating arrangement that most other designers had gone with this past autumn, Prada set up her show as a kind of cyber-spacious sports arena that she called Club Miu Miu. There were white rubber walls, graphic floor lines and a bank of three shocking-pink spectator stands filled with livestreamed faces of Miu Miu’s cherry-picked front-row, among whom we spotted Elle Fanning, Chloé Sevigny, and a number of popular social media influencers.

The collection was bold and eclectic, blending 1970s prints with modern and contemporary cuts and silhouettes. It was essentially track dressing at its finest, combining earth tones, sport brights, sugary pastels and plasticky embellishments in a way that played to the crowd’s newfound love of athleisurewear. “The reason why people dress is sometimes to please, sometimes to be sexy, sometimes to be socially relevant, sometimes for a job. The way you present yourself – the clothes are important because they define you in a second. Clothes are a tool for that message,” Miuccia concluded. Honestly, only she could make athletics such a cerebral experience. 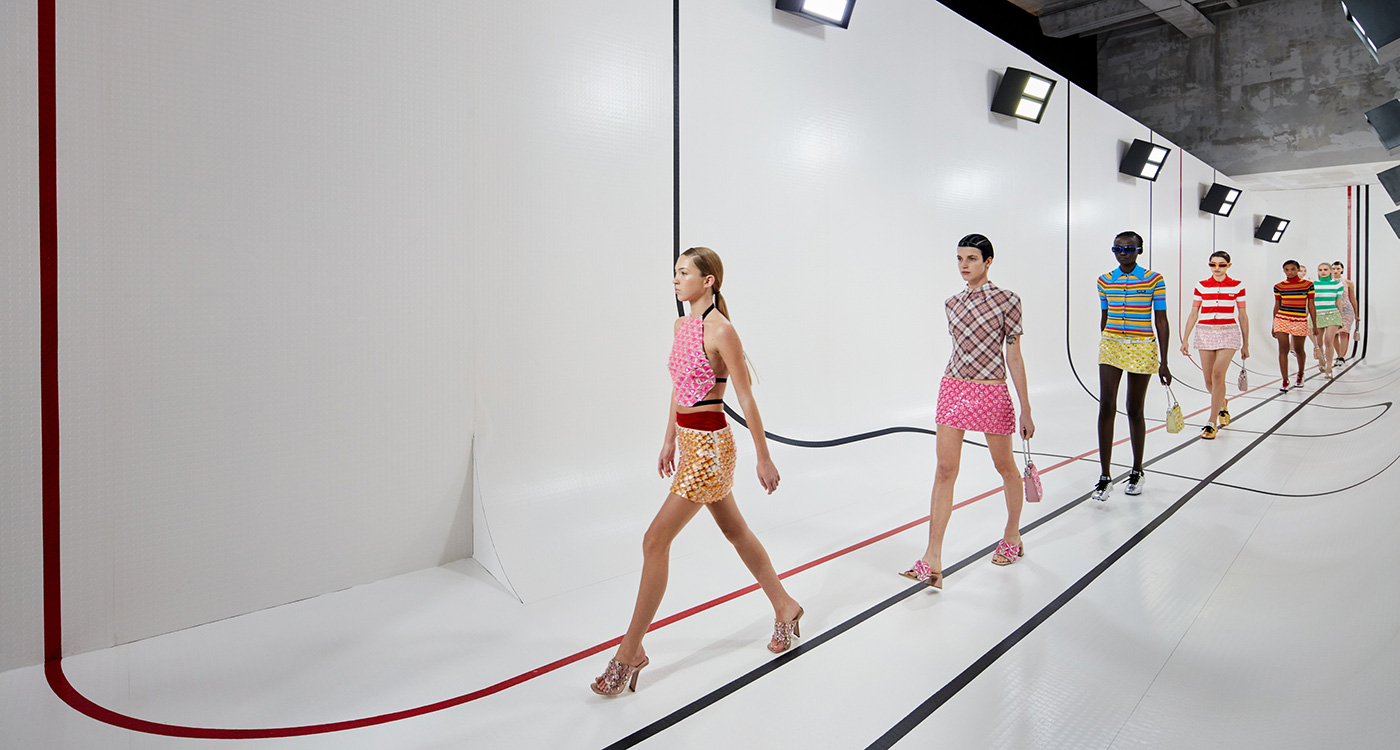 Hobo Chic: Alessandro Michele has Made the Gucci Jackie an It-Bag Again