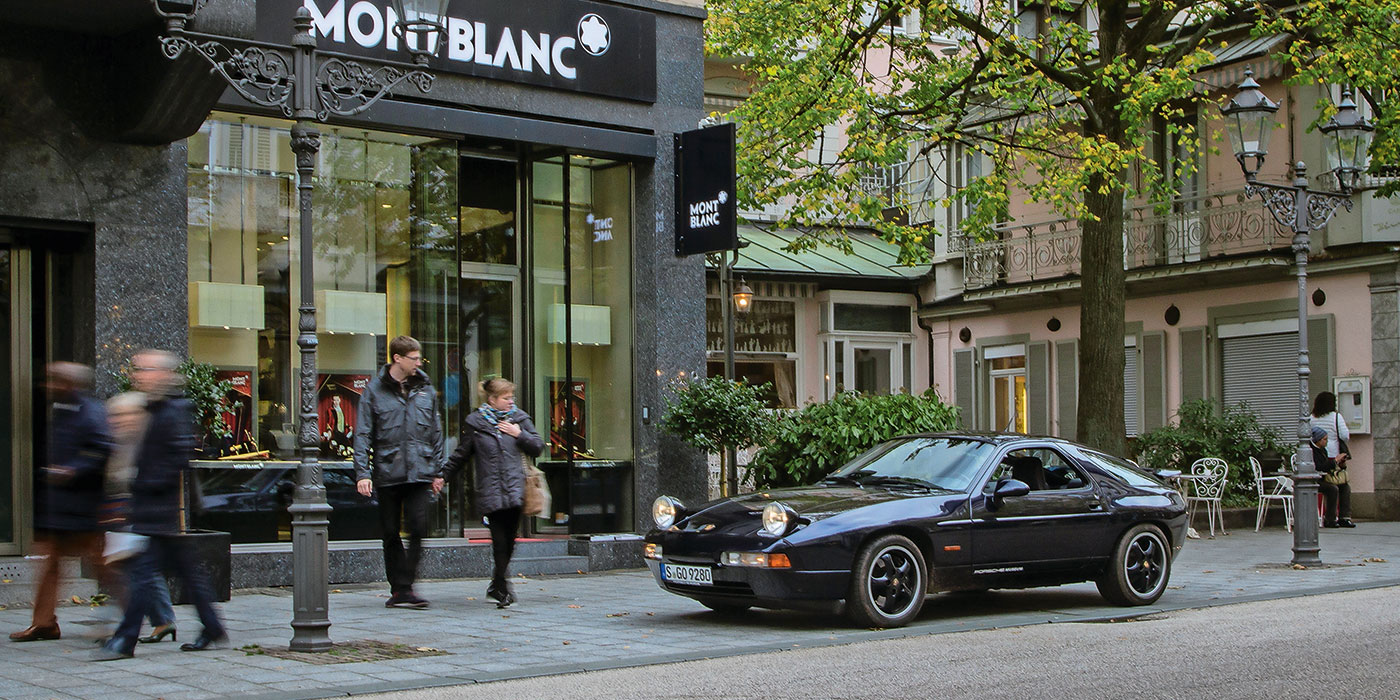 We Revisit the Underappreciated Porsche 928 Forty Years After it Was Meant to Kill Off the 911
August 31, 2018 Dejan Jovanovic

It was the right idea at the wrong time.
These days Porsche builds something like 170,000 SUVs a year but there was a time when the company was so invested in the 911 product line – as a business, and an automotive sub-culture – that doing something else was considered sacrilegious. 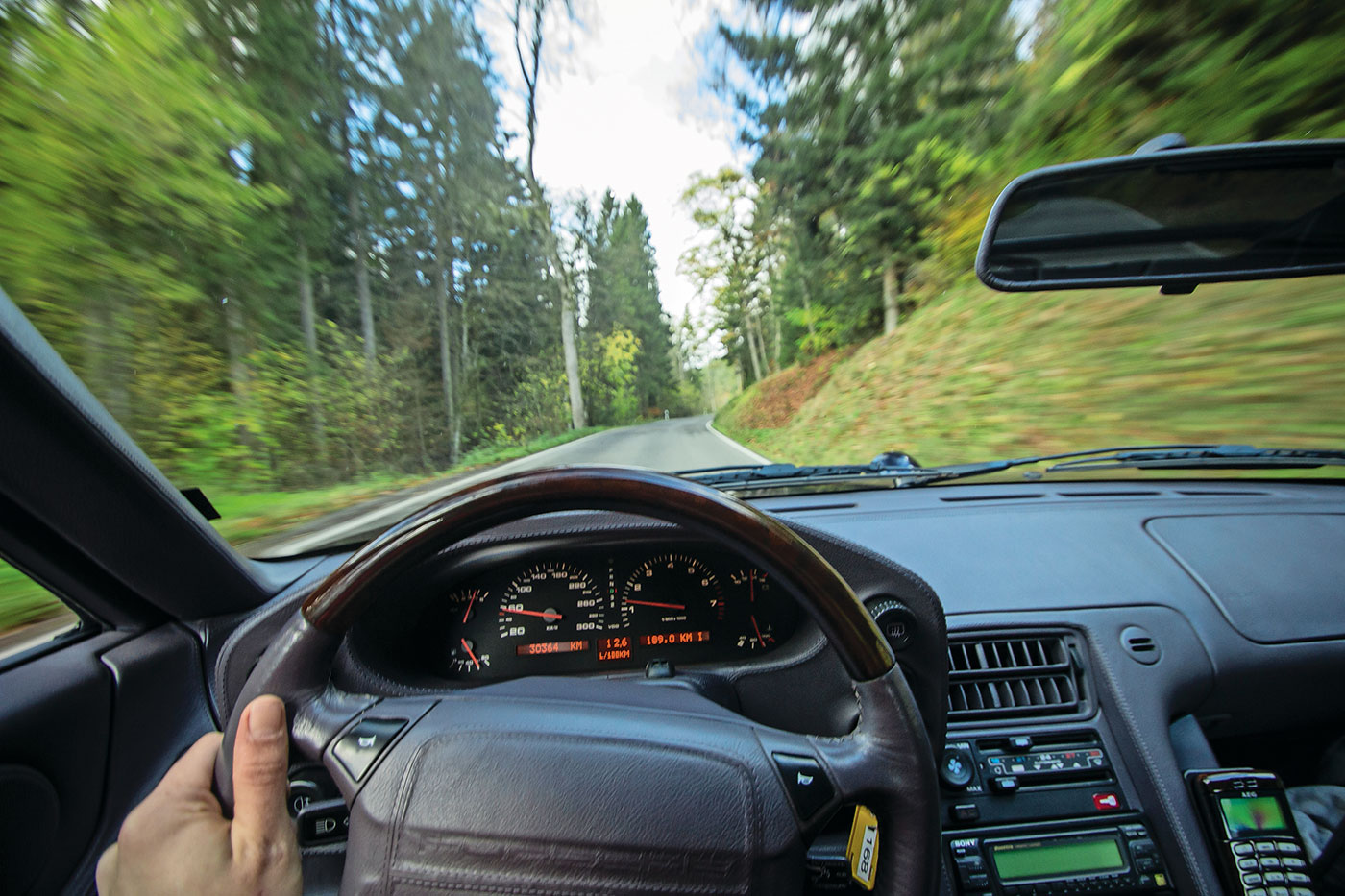 The 928 GTS is a brilliant all-rounder and great fun to drive, and though its rear seats aren’t designed for adults, they do fold down, adding further cargo space. Photo: Dejan Jovanovic

But Dr. Ernst Fuhrmann wanted that something else. (Fuhrnmann was Porsche’s first CEO, and the only CEO in fact who was “a complete car nut” according to his former assistant, Tilman Brodbeck, who knew every one of the CEOs up until Wendelin Wiedeking.) That’s because, back in the 1970s, many were starting to deem the aspects that now make older 911’s so desirable – the engine in the rear, the air-cooling, the noise, the raw driving experience – old and outdated. They had justification too, as its technology had been around since 1963, if you’re being conservative, and 1948 if you trace the 911 all the way back to the first Porsche 356. 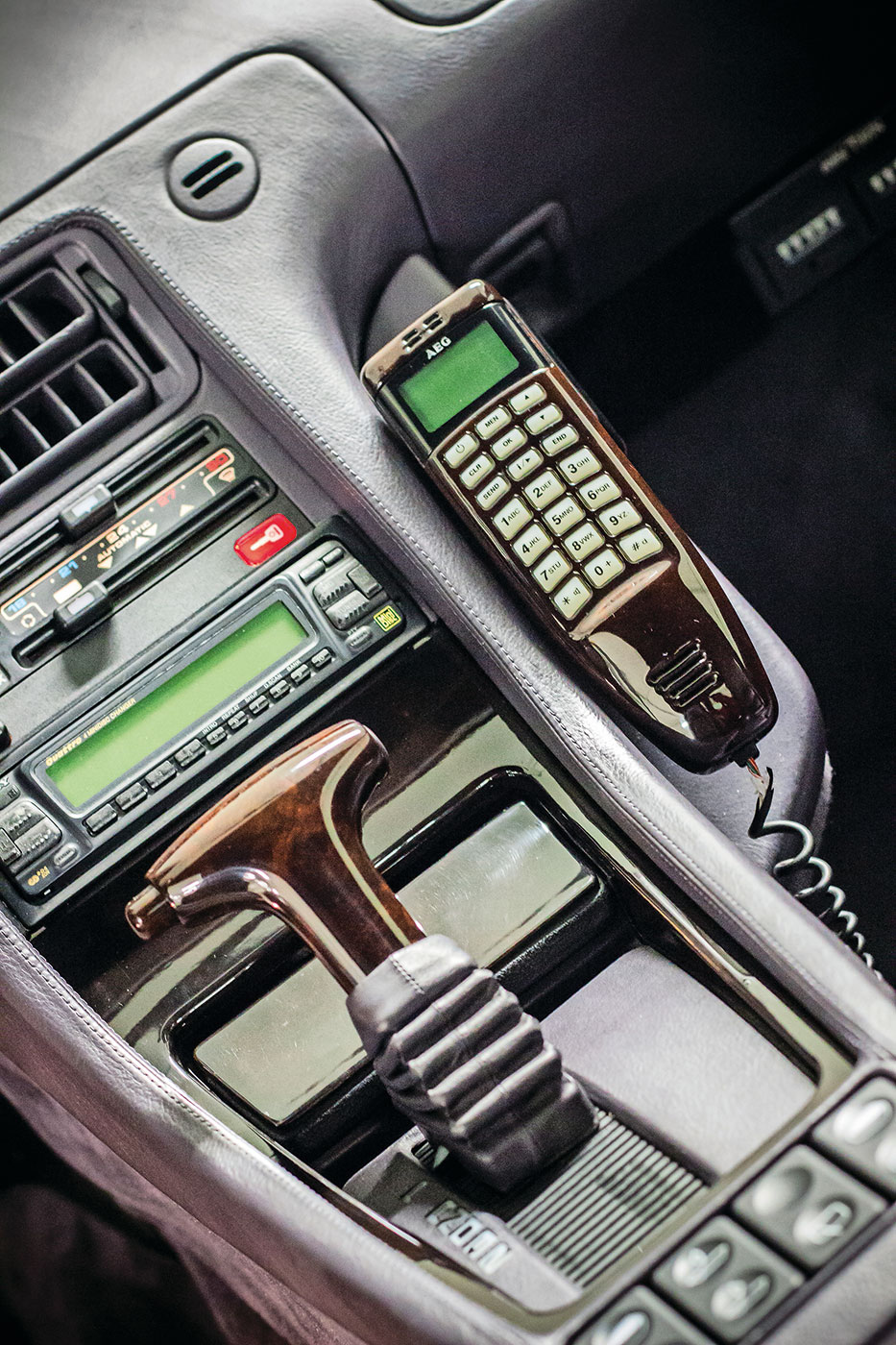 The automatic gearbox that Porsche used on the 928 was actually made by Mercedes. Photo: Dejan Jovanovic

Worse still, this was the ‘Me Decade’ (a term coined by Tom Wolfe to describe how people had grown tired of the 1960s and its focus on the world at large, and were instead taking interest only in themselves). Lamborghini was being its hip, egotistical self with the Countach, which combined a large longitudinally mounted V12 with futuristic 21st century styling. Lancia was also embracing futuristic wedge design to the very core of Stratos, and even BMW was advancing aerodynamics through a new stylistic language that began with the M1 (and lasted until Chief of Design Chris Bangle arrived in the 1990s).

Unfortunately, a positive outlook on the future was sorely lacking at Porsche, and instead anxiety was reigning supreme. Not only were impending American emissions and safety regulations tolling the death knell for the 911, its long, expensive, and laborious fabrication process was eating into its profitability and that despite some huge advancements in the technology of car building, which were by then making life for its competition so much easier.

In short, Fuhrmann was convinced that a 911 successor was needed, and fast. Step forward the 928. This car was designed from the offset with a water-cooled, front-engined, rear-wheel drive, trans-axle V8 engine (Porsche’s first), and crucially, it was easier to manufacture, maintain, drive and live with on a day-to-day basis than the 911. But loaded as it was with modern levels of luxury, refinement, and technology, it was more of a heavy and powerful Grand Tourer than its light and nimble sportscar predecessor.

Nevertheless it was still a Porsche, and in addition to a powerful 4.5-litre water-cooled V8 engine that produced 237bhp engine, the 928 also had perfect 50/50 weight distribution giving it a performance level more or less in line with the 911, but with more neutral handling. Later versions came with a 4.7 and then a 5.0-litre, offering significantly more power, but the ultimate version was the final GTS model from 1992, equipped with a 5.4-litre, four valves per cylinder, and 345bhp, which was good for 275km/h and a mid five second 0-100 time. And that’s exactly what we got to drive, lent to us by the Porsche Museum for a blast through the Black Forest. It certainly must have been special when it was new in 1995 (priced at 88,000 USD, which in today’s money amounts to 188,000 USD) but amazingly it still feels special today. 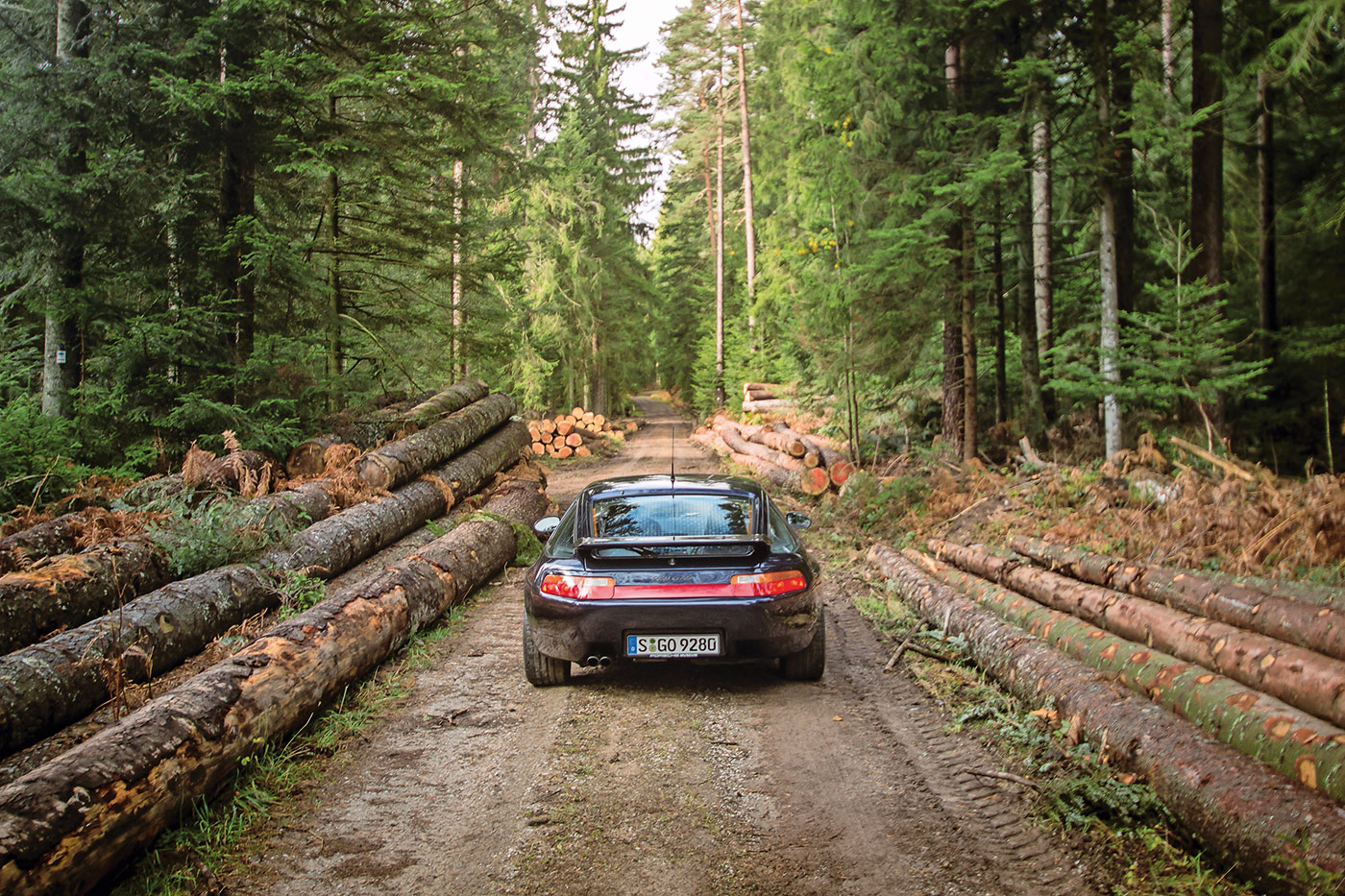 THE LONG, SLEEK BONNET WITH THOSE POP-UP HEADLIGHTS AND CAB-BACKWARD STANCE THAT TAILS OFF INTO A FASTBACK LID AND A ROUNDED RUMP HAS PURE SEX APPEAL.

As a design exercise, the 928 has passed the test of time. It went against the zeitgeist of the late 1970s and their love of angles, protrusions and wings, but its beautiful, unadorned body – penned by Wolfgang Möbius – is as beguiling as ever. The long, sleek bonnet with those pop-up headlights and cab-backward stance that tails off into a fastback lid and a rounded rump has pure sex appeal. No wonder then that it won ‘European Car of the Year’ gong in 1978, and remains to this day the only supercar ever to win the award.

Its interior may be dated but it is still well appointed, with leather covering most surfaces, and all the electronic and power equipment one would expect of a high-end luxury saloon of that era. It’s still a great place to spend time, no matter if you’re attacking a hairpin or cruising the autobahn: this car is effortlessly capable of either.

And though his beloved 928 was derided in its time for being too “American”, it still feels thoroughly modern, predominantly because we have grown so used to even the most hardcore sportscars sacrificing a little razor-edged performance for comfort and stability. This in fact, was the car that set that template. It was just ahead of its time.

Now you Can Design Your Own Orlebar Brown Swim Shorts