Products | Jewellery | One Year On Since Being Acquired by LVMH, Bulgari is Going From Strength to Strength 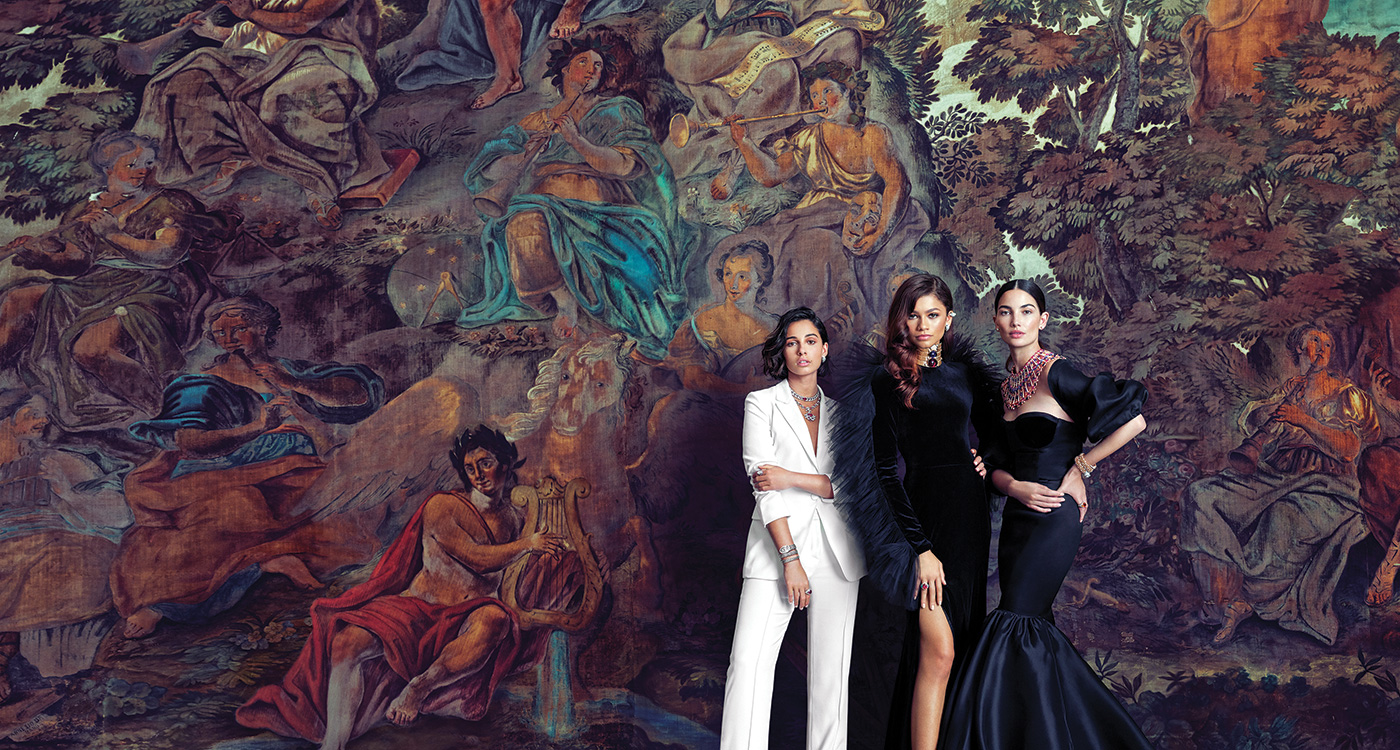 One Year On Since Being Acquired by LVMH, Bulgari is Going From Strength to Strength
July 3, 2021 Alia Fawaz 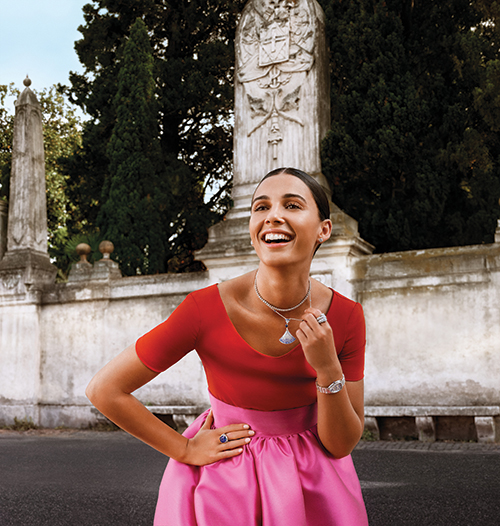 The artistic force behind Bulgari, Lucia Silvestri, wears two distinct hats. She happens to be both the Jewellery Creative Director and the Gems Buying Executive Director of the esteemed Rome-based jewellery house. “This gives me a very peculiar and unique advantage in how I operate as the head of jewellery design,” she reveals. “When I’m buying the stones I already have the creative idea in mind and imagine how the stones will be used.”

The task of designing a collection is in fact a collaborative process at Bulgari. Lucia typically starts by expressing her creative idea to her design team. Then, together they evaluate the creative proposal in order to guarantee that it falls within the stylistic codes and image of the brand, whilst paying attention to the choice of materials used and the manufacturing process. The Roman heritage, opulent colour combinations and exquisite craftsmanship make up Bulgari’s inimitable DNA. To create a Bulgari jewel, creativity and craftsmanship must be in total harmony and must complement each other, stresses Lucia. “Proportions are fundamental.”

Whilst the jewellery sector has witnessed numerous phases embracing different trends, such as the yellow gold trend, the pink gold craze, the Art Deco movement, the spirit of minimalism and so forth, Bulgari has always managed to remain on trend without ever compromising its distinct identity and heritage. One constant motif deeply ingrained in the brand’s identity is the elegant coiling serpent. “The snake is a creature whose unique characteristics have long fascinated the human imagination, and features prominently in the myths and folkloric traditions of every culture in the world; a symbol of rebirth, protection, fertility and immortality. The serpent motif is also a constant presence in the history of jewellery design,” explains Lucia. 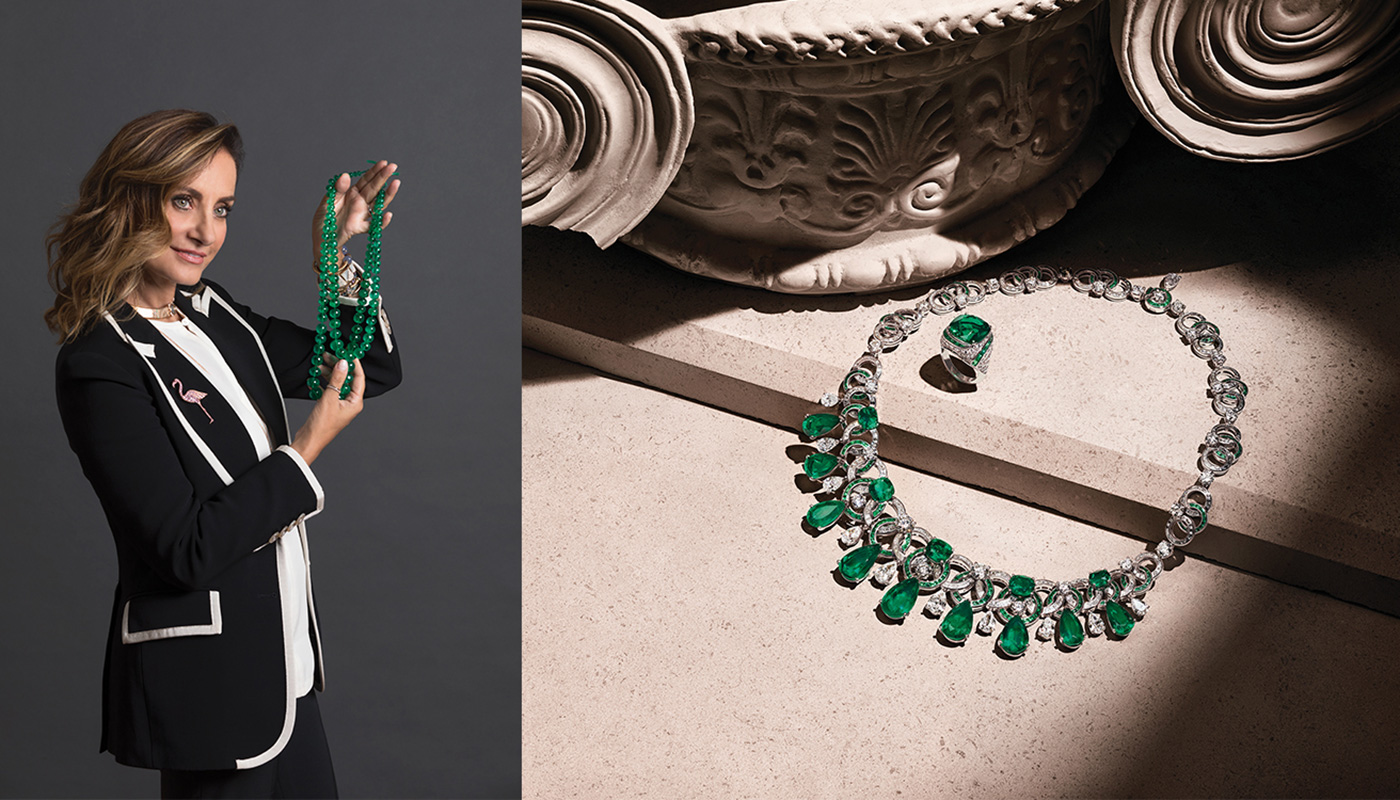 ABOVE LEFT: Lucia Silvestri, who was made Bulgari’s creative director in 2013, has been with the Italian brand for more than 40 years now. ABOVE RIGHT: A breathtaking Barocko emerald and diamond necklace and ring.

For Bulgari, the Serpenti is its most legendary icon. Designed in the likeness of the serpent that tempted Eve to eat the apple in the Garden of Eden, it is a symbol of power, seduction but also an endless metamorphosis. Just as the snake continuously transforms itself shedding its skin, the Bulgari icon continues its unstoppable evolution since it was first launched in the late 1940s. Its latest evolution comes in the form of the new Serpenti Viper, a collection Lucia says that features a more than ever flexible modular construction. “It’s made in a way so the jewels naturally wrap around the body as a golden seductive second skin to wear in every occasion.” 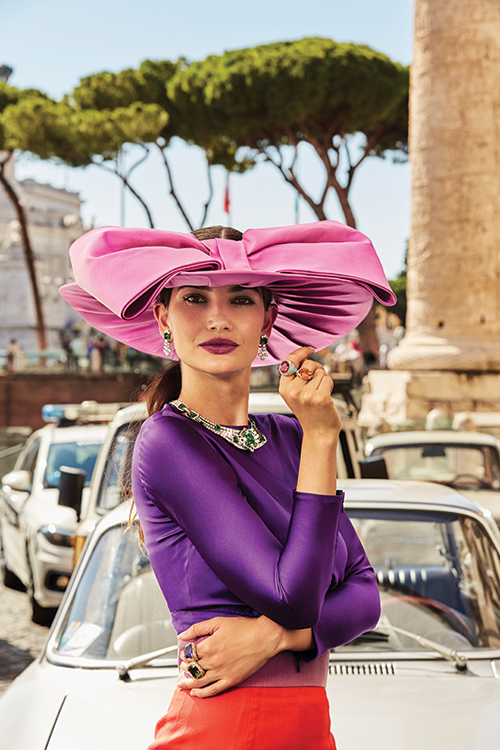 With four decades of working with Bulgari under her belt, it is fair to say Lucia too has evolved with the brand. She joined the house when she was 18 and still studying towards a degree in biology. She took on a temporary position at Bulgari covering maternity leave, and let’s say the rest is history. Back when she started, Bulgari was managed by the founder’s three grandsons: Gianni, Paolo and Nicola. In 2011, the house changed ownership when it was bought by LVMH.

Since the beginning, and especially since Lucia’s appointment as the Brand Creative Director, her goal has always been to innovate while still highlighting the Bulgari DNA. “To make this happen, passion and curiosity are important, but research is fundamental. During the research phase, I always consult Bulgari archives – but from a contemporary perspective – because it is very important not to lose the brand DNA.” Art deco, vibrant multi-coloured gem stones and bold motifs have become synonymous with the Bulgari name, and the brand’s dramatic high jewellery pieces were famously adored and worn by screen legends Elizabeth Taylor, Gina Lollobrigida and Ingrid Bergman. Lucia strongly believes the brand continues to have a major influence in the sector and is a reference for superior design and craftsmanship. “It is interesting to note that nowadays in the jewellery industry, the expression ‘Bulgari cut and colour’ is used to refer to a cut and a colour that is very elegant and very sophisticated,” she shares.

Today, the Bulgari Brand Family embodies the Maison’s core principles of equity, diversity and inclusion, and their international celebrity community is engaged in communicating and conveying the brand’s values to a wide audience. Recently, the brand introduced a group of millennials – Zendaya, Lily Aldridge, Kris Wu and Naomi Scott – as its ambassadors who can be seen gracing their beautifully curated marketing campaigns. However, cool celebrities aside, how does Lucia envision the women who typically wear Bulgari creations? “Well, the Bulgari women have a strong character and personality; they are self-confident and very feminine. All women with something to say.”

Finally, with all the resplendent varieties of gemstones at Lucia’s disposal to work with, which one is her preference? She reveals the sapphire is her favourite stone. “I choose it because of the many colours it has, which represent many aspects of its personality. It’s a gem that represents me, as my personality has many colours as well.”