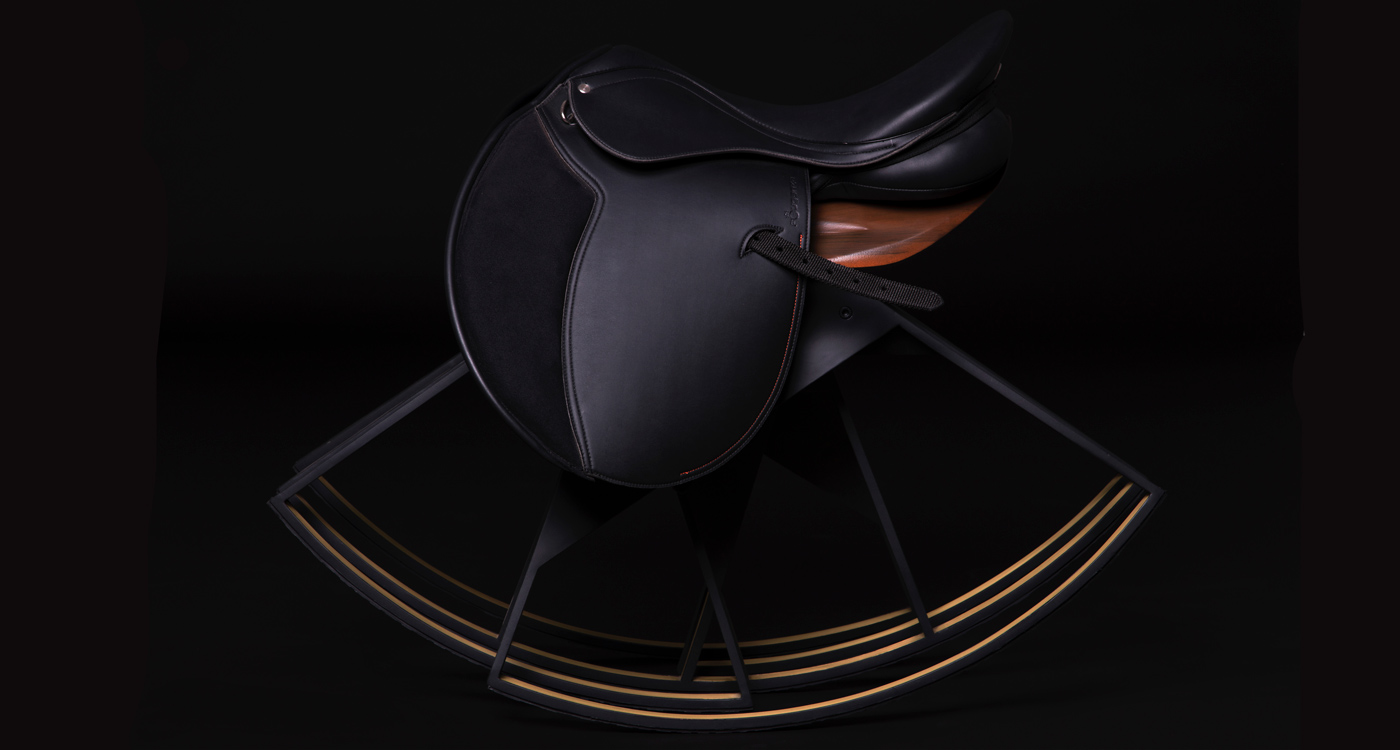 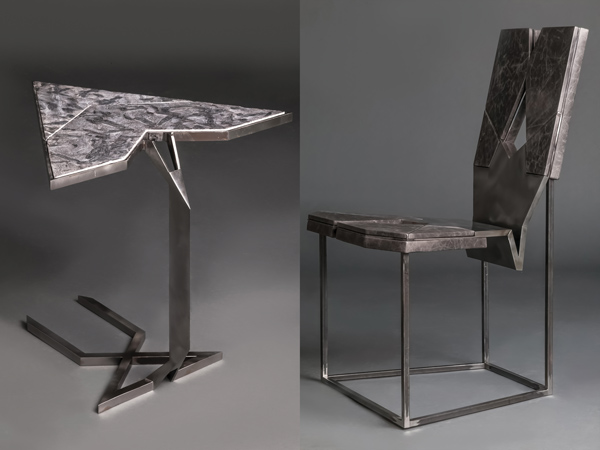 RIGHT: The 1,900 USD Trinity Side Table is made with raw metal and a Matrix stone top.
LEFT: The 2,200 USD Monarch Chair is made from raw metal with vintage real leather upholstery.

Following the onset of the Syrian Civil War in 2011, architect Philippe Daher left both his country and his architecture practice behind. But personifying the motto of what to do when life gives you lemons, he eventually established a new life in neighbouring Lebanon, this time as a talented furniture designer.

You know when you see something that speaks to you? That’s exactly what Philippe Daher intends when he’s designing a piece of furniture. “I see my furniture as statement pieces that aim to move the viewer and strike a conversation, I see them as a frozen moment in time, a frame of a much bigger, intricate picture,” he explains.

Born and raised in Damascus, Daher trained in London before returning to Syria in 2007, where he established his own architecture firm. Strong concepts and a contemporary vision helped draw in a series of diverse projects, ranging from nightclubs to residential villas and apartments. But when the war broke out, everything changed. Not only did he abandon his work and flee the country for the UK, the ravages of war left their mark, shaping his approach to design into one that honours his culture and Syrian craftsmanship, but in a forward-thinking context.

‘The intricacy of geometric patterns intrigued me, which pushed me to explore the rationale behind this oriental style and to trace its origins, and to imagine this philosophy being translated in our present day way of life,” he says.

Daher eventually relocated to Beirut and launched Rayxander in 2015, a multidisciplinary design studio that specialises in product design infused with Daher’s distinctive style. The aesthetic feels utterly modern but camouflages a very discreet yet present undercurrent, the influence of Syrian decorative arts. Indeed, an untrained eye might not recognise the cultural references, and this is because the concepts have been deeply intellectualised, reflected upon in a universal context. 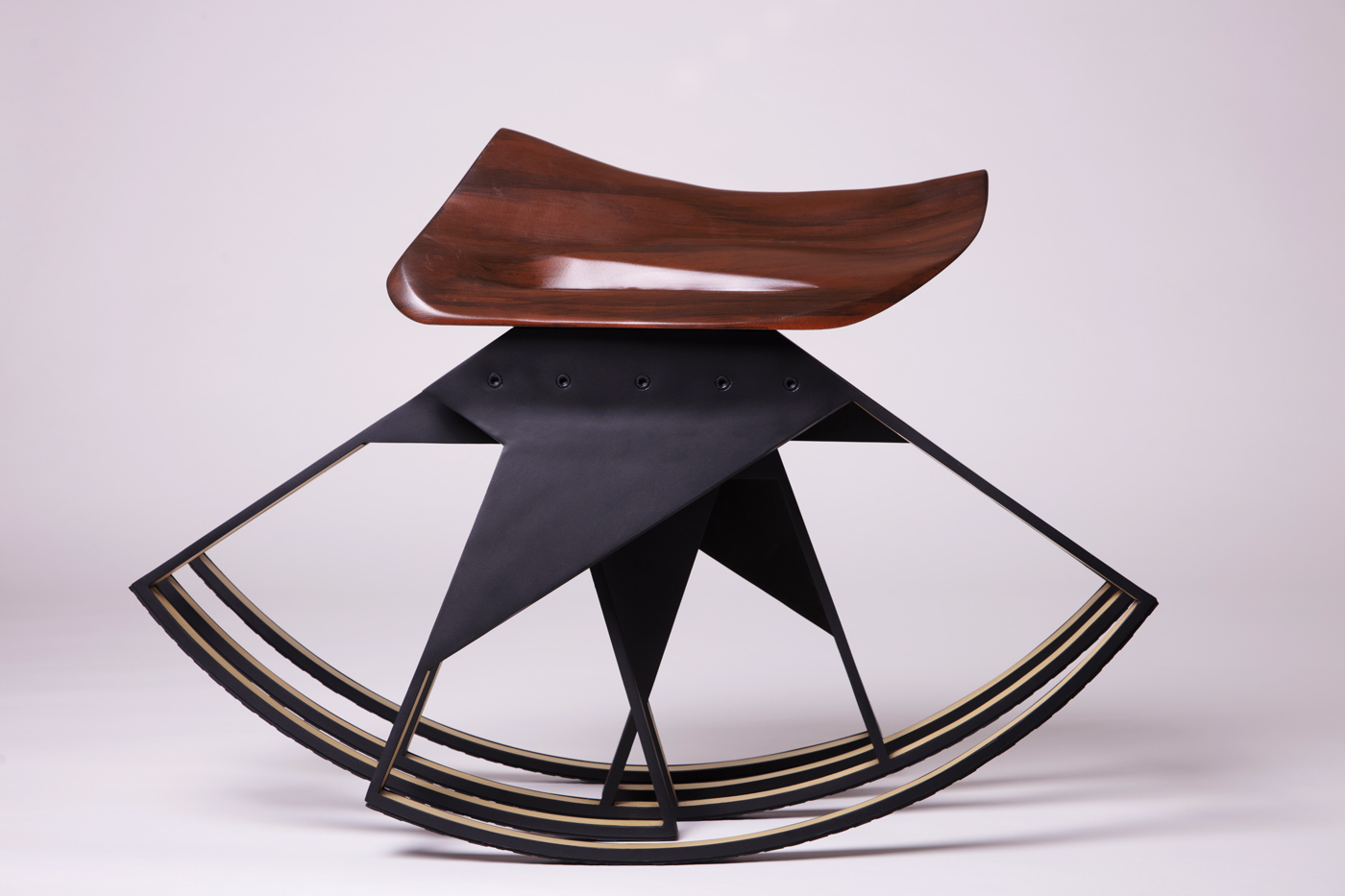 The 3,500 USD Kahilah Saddle Seat has a metal frame, brass inner legs and a choice of a wooden rest for the saddle or a real leather moto-style seat.

“I approach design from a personal philosophy or point of view. It stems from this deep curiosity about life,” says Daher. “I’m fascinated by evolution and mutation, and I draw inspiration from the rebirth process and the geometry created by patterns of movement and their unpredictable outcomes.”

This smokescreen, as you might call it, is especially apparent in one of his early signature designs, the Kahilah rocking stool. That’s the cool looking seat I choose to sit on, on the day of our interview at his studio. It’s comprised of a metal rocker base with an upper section that’s either a leather motorcycle seat or a wooden ‘horse’ draped with a leather saddle. And because the seat moves, it activates your core, exactly as a yoga ball does, but this it seems is an ancillary applied utility inherent in all of Daher’s designs. Furthermore, if you look a little closer, you’ll notice the repeated triangles in the structure, which are a contemporary reinterpretation of traditional Syrian geometric forms. 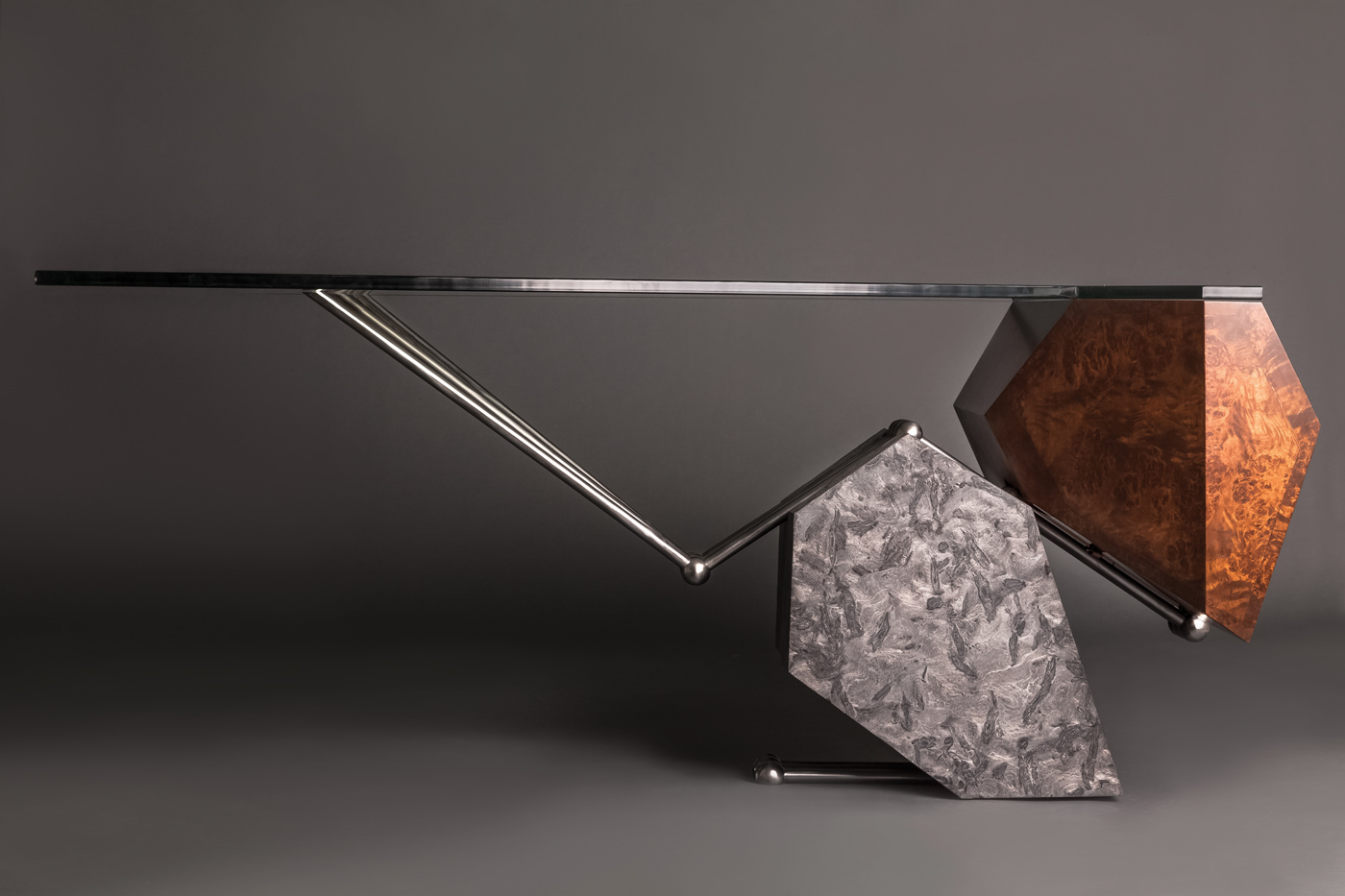 The 8,500 USD Sphex Desk, which mixes a raw metal frame, a Matrix stone base, and a burl wooden cabinet and shelves.

Daher’s new Gentleman Valet Chair is just as fascinating. Minimal in its aesthetic, the unusual looking product transforms from chair to ladder with a simple trick, making it an ideal piece for a small city apartment that has floor to ceiling wardrobes. Yet, once again a keen eye will spot the discreetly stylised camber in the chair’s ‘shoulders’, which have been designed to recall the graceful curves of Arabic script.

The Gentleman Valet Chair was one of the pieces unveiled at this year’s Beirut Art Fair, where Daher drew plenty of attention from seasoned collectors. “The response was beyond what I was expecting. It gave me a great push for the next collection and I feel an increased sense of responsibility and duty to produce more pieces,” he reveals.

There are furniture designers, and then there are artists who use design as a language, materialising complex thoughts and reflections. Daher fits this second category, and we can’t wait to see what he has to say next.