People | Insights | From Michelin-Trained Robot Chefs to Mechanical Plants: Is AI Taking Over the World? 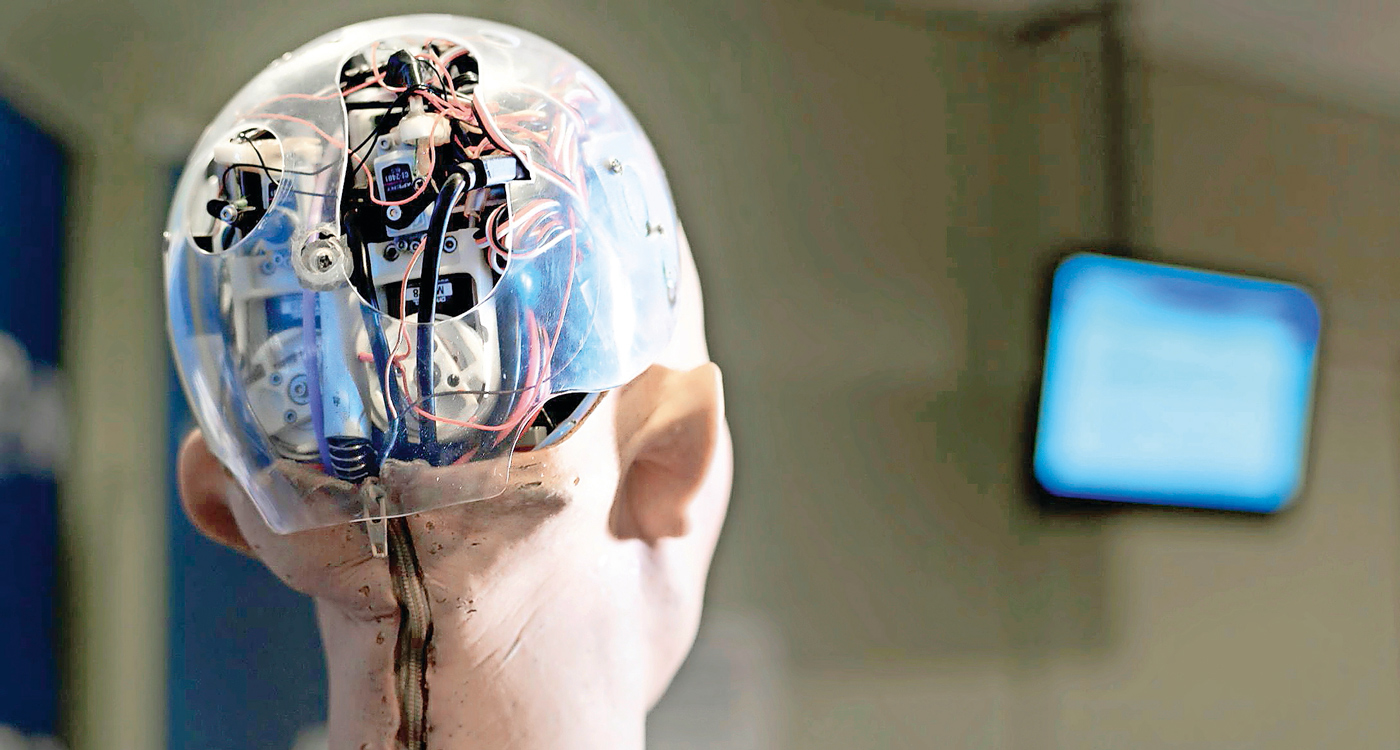 From Michelin-Trained Robot Chefs to Mechanical Plants: Is AI Taking Over the World?
January 31, 2019 Nadia Michel

After years of dire predictions and on the other side, libertarian, tech-loving and science-driven transhumanists rooting for the victory of machine over nature, AI has made its way into almost all aspects of our lives. Think about it, we’ve all experienced that strange feeling when something we’ve searched online shows up in our email, or worse – a just discussed topic pops up on our Instagram feed. It’s spooky, but practical too. Say you’re looking for a recipe for a Singaporean dish, and shortly after your search, you get an email promoting great deals on flights to Singapore, it just might inspire you to actually take the trip of a lifetime. Certainly from the travel industry’s perspective, custom-tailored feeds and targeted emails have tremendous potential, especially that according to a March 2018 Gallup poll, 85 per cent of Americans use at least one of six products with AI elements. This, along with disturbing technologies like the University of Oxford’s Lipnet, a device which reads lips with a 93.4 per cent accuracy by tracking the movement of a person’s mouth in a video, certainly brings up questions of privacy and surveillance by corporations, criminals or governments.

Yet despite the fears, there is an insatiable appetite for smarter everything, including more intuitive mobile devices and cameras. Huawei, the Chinese telecommunications company that’s giving Apple a run for its money with its ‘better product for less money’ approach, is at the forefront of AI hardware development.
“We’re the first to have introduced a 32-core Intel-based server, the first to bring an AI chipset to a camera and the first to bring full-stack, AI-powered intelligent computing for the mobile data centre. We’re clear that we want to be number one, and know that we have come from behind to be in that position,” says vice-president and managing director of Huawei Middle East, Alaa Elshimy.

The company is in fact now edging closer to the 100 billion USD revenue, and to further this point Huawei is investing 140 million USD into a global AI education initiative which will help it collaborate with developers, partners, universities and research institutions.
And that’s for just AI on a personal level.

On a macro level, AI is being integrated into all kinds of industries to increase efficiency, standardize quality and maximize profits. In the UAE, Dubai Electricity and Water Authority (DEWA) has launched the second phase of Rammas, its artificial intelligence-based virtual employee that answers customers’ queries. They’re hoping it’ll enhance service quality and expand its scope to facilitate transactions including bill payments, enquiries, tracking of electricity and water activation services, new connections requests by contractors and consultants, applications status, and job enquiries. In a nutshell, it’ll help make a more efficient process.

The UAE is also working on creating its own laws and policies around self-driving cars and AI, according to a government minister. It’s part of a broader strategy laid out by the president of the UAE, who approved the testing of ‘future technologies’ and announced the creation of RegLab, a government organisation that would anticipate and develop public policy around new technologies.

“It is no secret that the UAE wants to become a world power in robotics and AI. Until now, this focus has revolved around creating new industries or attracting talent. This has not been cause for alarm as military robots would be, but the UAE might soon raise eyebrows. For instance, it wants AI to increase its revenue from oil and natural gas by 2.85 billion USD by 2020. The UAE could put AI in charge of setting oil output levels. This would have a dramatic effect on the Middle East. If the country trusted AI rather than following the lead of Saudi Arabia or the Organisation of Petroleum Exporting Nations (OPEC), this would create new divisions,” says Abishur Prakash, a geopolitical futurist and author focused on how new technologies, such as AI, blockchain, gene editing, and virtual reality will transform geopolitics.

Earlier this year, India and the UAE signed a 20 billion USD deal around AI and more recently, the UAE and Nigeria agreed to cooperate around AI and solar energy. The UAE is also exploring similar partnerships with Finland and has already agreed to strengthen its cooperation with China in AI through the One Belt, One Road initiative.
Meanwhile in Malta, there is an AI strategy underway called Malta.ai, which includes a ‘citizenship test’ for robots and a public-policy framework to govern how AI behaves (namely in a benevolent manner). In Hungary, Latvia, and Greece, border authorities will use AI to determine if travellers are lying at checkpoints, while an EU-wide robot rights and freedoms proposal was made in the European parliament in January 2017. In Japan, the communications minister proposed creating a framework of international AI rules at a G7 meeting in 2016, a plan that was to have eight principles govern the conduct of AI, including the premise that AI should be controllable by humans.

And herein likes the elephant in the room. Just imagine if Google’s AlphaGo (an AI computer programme that doesn’t just play the ultra-complex board game Go, but actually beats 9-dan professional masters) or Elon Musk’s OpenAI (a bot that learned to beat pro-gamers at Dota 2 in less than two weeks, while it takes humans a year to master the game) were to go rogue. It’s hard to envision what highly intelligent, man-made machines might do, given the fact that they lack the empathetic and reasonable qualities of humanity and possess only the ruthless strategy part. The prospect is frightening enough you might want to have a Plan B, like an escape route to Mars (which Musk is actually working on, let’s not forget).

But, consider the fact that UCLA professor Albert Mehrabian has found that 58 per cent of communication is through body language, 35 per cent through vocal tone, pitch, and emphasis, and a mere 7 per cent through content of the message and you can see that there’s a lot more to life than data (and you can also see why texting is a sub-par mode of communication).
It all boils down to creativity, an organic process that involves responding to situations by “blending emotion and reason, rule-breaking and rule-making, as we unleash from within us whatever is seeking to emerge in that matchless moment,” explains Nick Seneca Jankel, author of ‘Switch On’, a book about breakthrough biodynamics (he also calls himself a Wisdom Teacher). It may be of little comfort, but we still have something on AI.