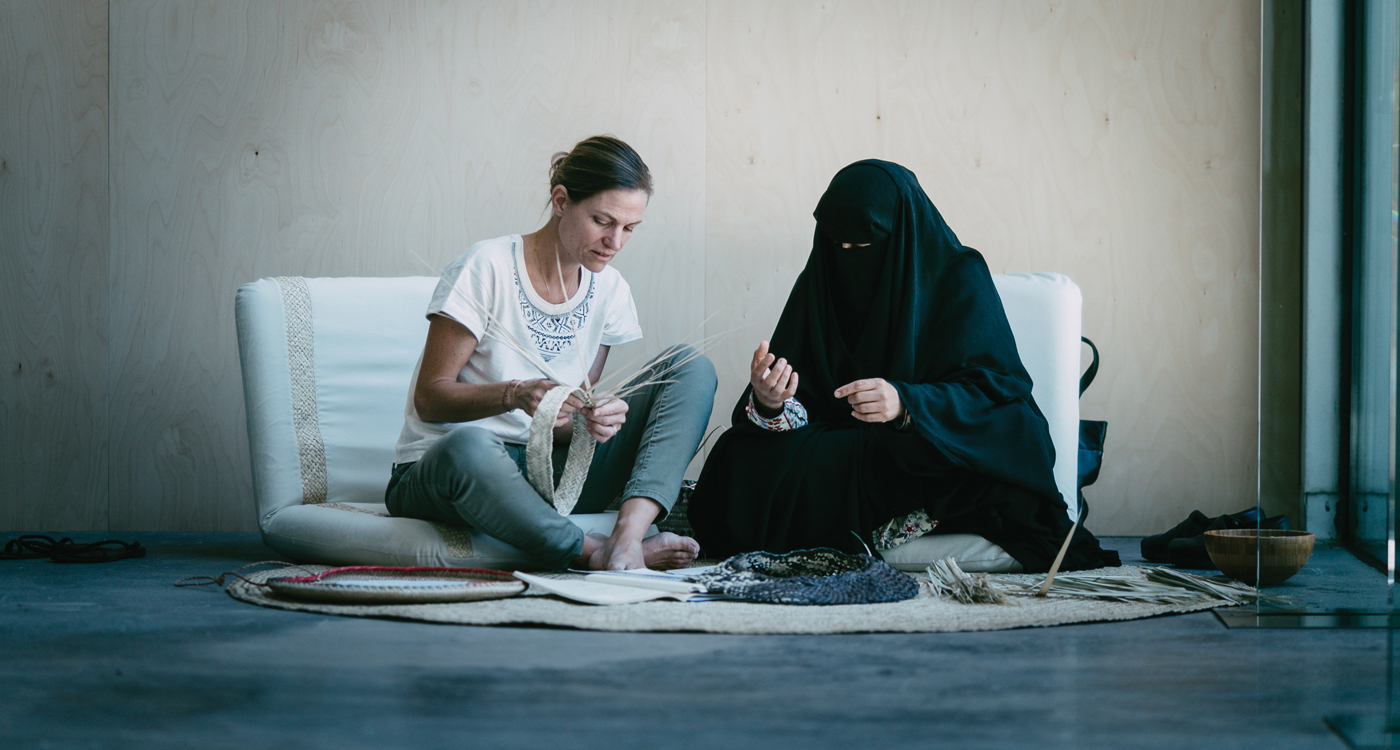 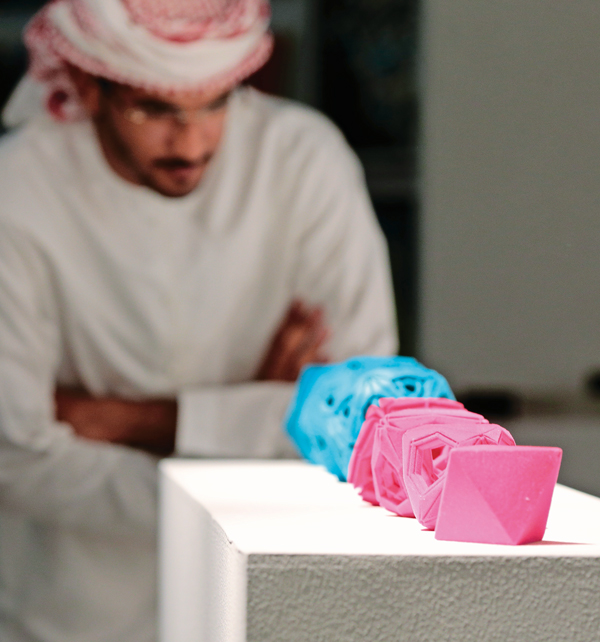 There’s a little known place in Dubai’s residential Nad Al Sheba neighbourhood where magic happens. Well, it might not exactly be magic, but it certainly comes close: Tashkeel is where some of the region’s most talented designers go to turn their artistic visions into reality.

The embodiment of what takes place at Tashkeel was proudly on display recently, just a ten-minute drive away in Dubai’s Design District, during Dubai Design Week. That’s where an unlikely table made of salts and minerals by Hala Al Ani sat alongside a lamp made of coffee by Alya Al Eghfeli, a hanging light fixture made of horse hair by Myrtille Ronteix and a space-age, laser-lit table containing sand by Renad Hussein.

Those striking and innovative, limited-edition pieces are the culmination of Tashkeel’s Tanween programme, where four selected participants get to take their design from conception to completion with the organisation’s mentorship and support. Ultimately, the pieces are made available for purchase through Tashkeel, including on their website, until the edition runs out.

Established in 2008 by Lateefa bint Maktoum, the niece of the ruler of Dubai, HH Sheikh Mohamed bin Rashed Al Maktoum, Tashkeel serves as a kind of incubator for art and design practitioners looking to elevate their craft through supplementary training, workshops and international collaboration. In addition to offering its members access to studio space, equipment and tools to refine their skills, Tashkeel has developed several platforms and collaborations that are helping to propel talent onto the world stage. 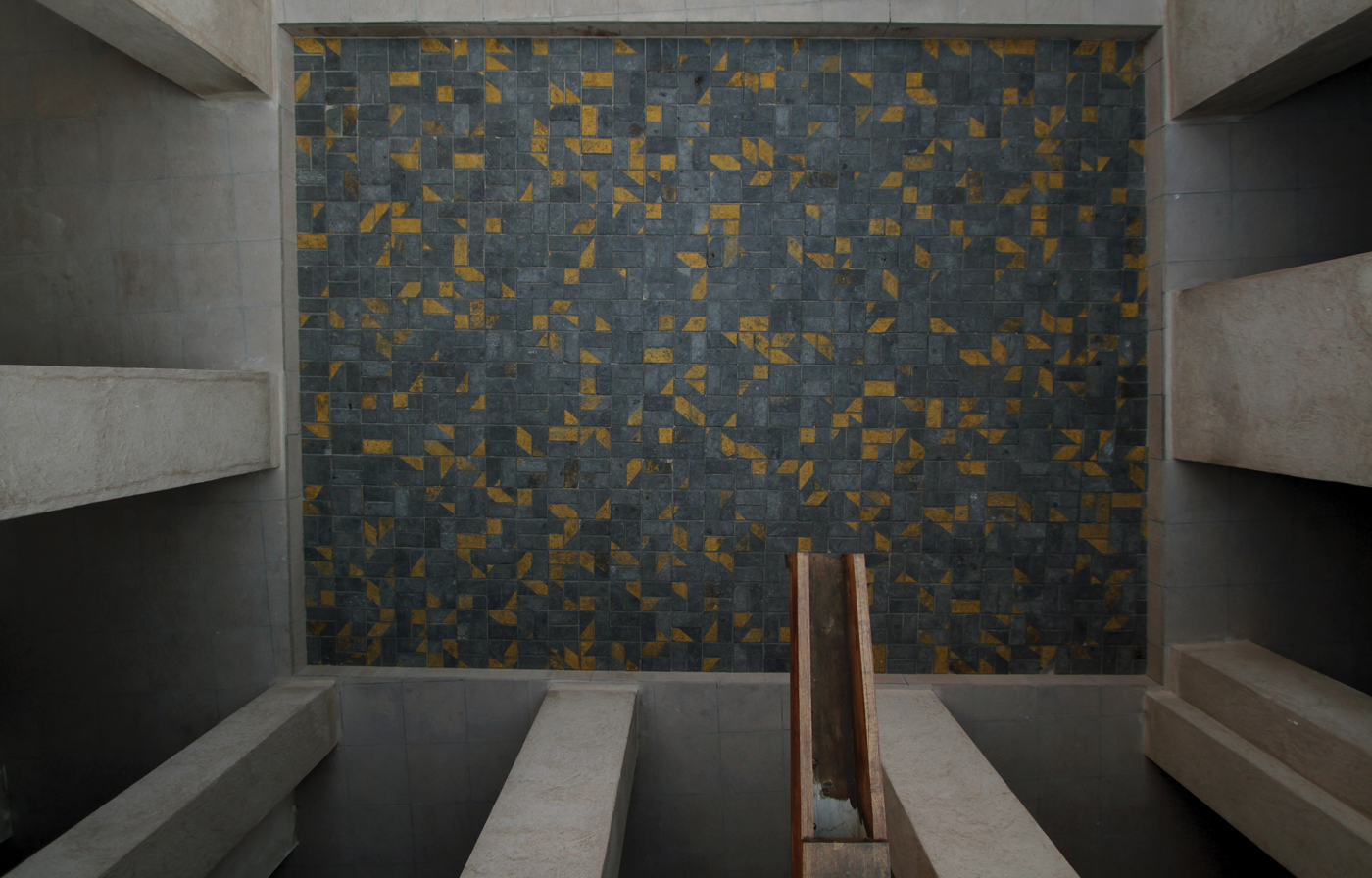 Degenerative Disarrangement (2013) by Vikram Divecha, encompasses the rearrangement of pavement bricks from a bus station in Bur Dubai. 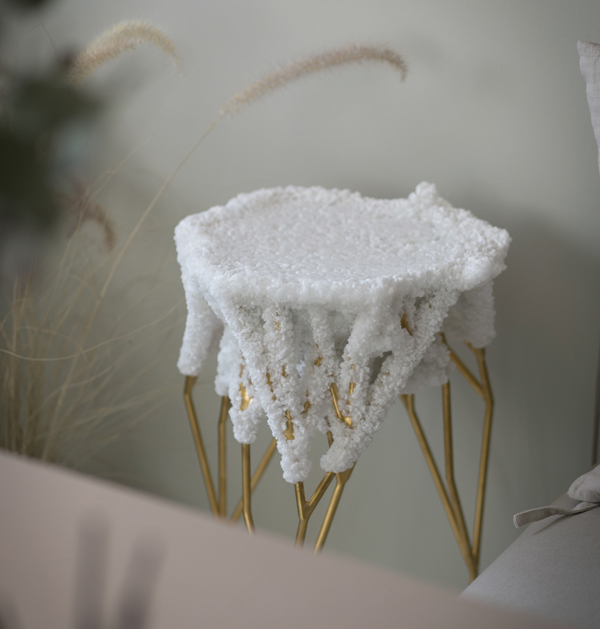 One such example is Tashkeel’s Van Cleef & Arpels Middle East Emergent Designer Prize. Each year, designers submit their proposals for functional yet innovative and original products. Twelve selected works from recent years make up Tashkeel’s current exhibition, ‘Voices of Design’. Highlights include Hamza Omari’s winning design, Mahad, a contemporary baby cradle made of wood, leather and felt, that was inspired by a Bedouin piece of furniture called ‘Al-Sameel’, traditionally used to turn goat’s milk into cheese. The cradle can be converted to a chair once it is outgrown. Omari, whose furniture and product designs have been exhibited in several galleries and publications, including a project that was bought by 18Karat, a Vancouver-based high-end furniture manufacturer, underscores Tashkeel’s realm of influence and its network capabilities.

And to further stimulate the creative ecosystem – which has grown exponentially since Tashkeel first launched – the social enterprise has recently acquired a license as a local chapter of MakeWorks, an online platform that connects Emirati designers with fabricators.

The brainchild of Sheikha Lateefa’s passionate creative mind – who back in 2011 was chosen to be one of three artists to represent the UAE in only its second participation at the Venice Biennale – Tashkeel has thus far manifestly served as a giant step towards the UAE’s goal of diversifying its economy to include a strong cultural sector.