People | Design | What Happens When You Join Together an Italian, a Japanese and a Lebanese Architect? Read On To Find Out. 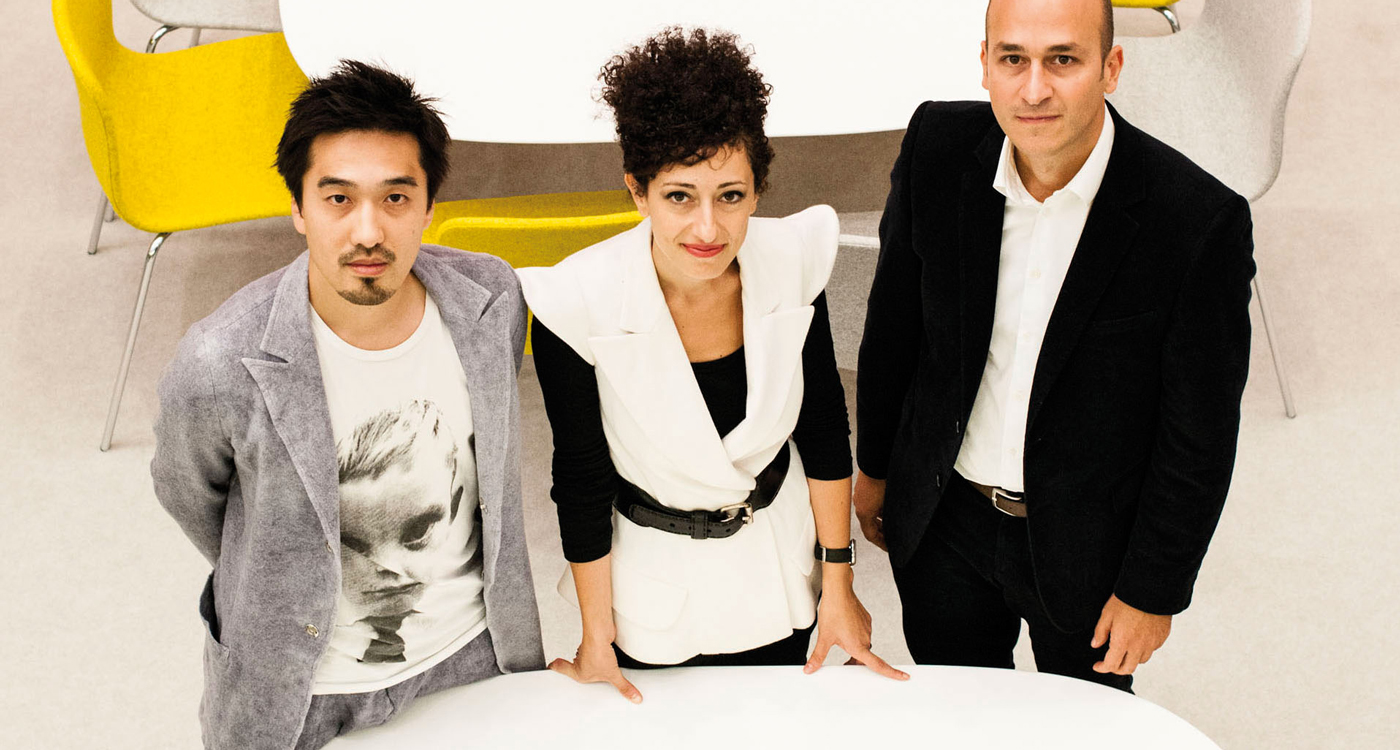 What Happens When You Join Together an Italian, a Japanese and a Lebanese Architect? Read On To Find Out.
February 1, 2013 Daniel Barney

The young team of DGT is pushing architectural boundaries between theory and practice with their projects. From their award-winning proposal for the Estonian National Museum, they have moved on to design cultural and commercial spaces in Denmark, Poland, Japan and Lebanon.

Contemporary architecture has reached a time when many in the profession are asking themselves more thoughtful questions concerning locality, site-specificity and essence of place.  At the same time, architects are also tapping into the global outlook of the 21st century.  Breaking into the forefront is the young Paris-based firm Dorell.Ghotmeh.Tane Architects (DGT). Their work thrives on trans-disciplinary practice, borrowing methods and notions from urbanism, archaeology and sociology to create spaces that emerge from past and present.

After meeting in London and deciding to pool their talents, Dan Dorell (Italy), Lina Ghotmeh (Lebanon) and Tsuyoshi Tane (Japan) embarked on their first collaboration in 2005. The objective, no small endeavour, was the Estonian National Museum international competition. Lacking the customary pre-selection of renowned architect favourites, the competition’s gates were open for undiscovered talent.

Rightly seizing the opportunity, the multicultural team won. They proposed a space that takes into account the events and struggles inherent to Estonia’s identity, harnessing the history of the area where the museum will sit, once a Soviet military airbase that housed nuclear weapons. Regaining independence in 1991 after the collapse of the USSR, Estonia’s recent history has been tumultuous, marking a timeline of struggle and conflict as the nation emerged into the present day.

“This project pushed us to think about the essence of what we were doing,” Lina Ghotmeh tells me during our meeting in Paris, “and how the architecture we are proposing can really be relevant to its context and place so that you cannot misplace it or displace it from where it is.”

The building site, also the former Raadi Airport, was constructed in 1912 and played witness to several military occupations and wars.  As the three architects told me, their proposal utilises the traces of the airfield to create a bridge from the past into today. This conceptual approach is one the firm assumes each time they face a new project.

“We are interested in discursive architecture and discursive thinking in our spaces.  We are interested in the forms that this generates – the relation between the form, the context and the history that we begin to uncover,” Ghotmeh explains thoughtfully.  The way she describes their work exudes a sense of the team’s careful and erudite approach, like that of an archaeologist uncovering an ancient artefact. As well as a crowning demonstration of DGT’s collective talents, the Estonian National Museum spoke to a political issue dear to the Estonian people.

“It was an extreme experience,” Dorell adds, “we came from nowhere in a way and when we arrived we found ourselves on television, on the front pages of the newspapers and inside one of the major debates in the country.” Across the table from Dorell, Tane smiles. “What is nice is that it’s an investment in the country,” he continues. “Because it’s a national museum, it’s a monument that commemorates their independence.”

Three months after the Estonian government proclaimed the trio winners, they founded their architecture firm and in early 2007, moved into their Paris-based office in the 11th arrondissement. Today, the office bustles with fourteen architects working simultaneously on a vast array of projects.  As the museum construction gets underway this year, DGT continues to accept diverse commissions from around the world.

The firm recently broke ground on another project in Beirut, Ghotmeh’s hometown and a context she knows well.  The building, a residential high-rise called the Stone Garden, is located in the city’s port district. Familiar with Beirut’s story, from its prosperous years to the civil war and now as the region’s tourist destination, Ghotmeh’s background engenders unique insight into the project. “Beirut has a history of destruction and construction. It is a landscape where everything is polluted and where the skins of the buildings create the natural landscape,” she says. “It’s all so violent but at the same time it has this beautiful melancholy that you almost want to keep.”

The building entangles greenery and concrete spaces in a high-rise skeleton edifice.  Each apartment opens out onto a garden, seemingly cascading down the building’s façade.  The planted space is set into the building, emerging from the stark, textured exterior walls, creating a dialogue between outside and in. “It’s not just a visual application on the façade but an effort to make it a liveable experience and provide a different topology of apartments in the city,” Ghotmeh continues, adding that the architecture of the structure is meant to confront the monotony of apartments in Beirut, allowing hollow spaces to breathe.

As I interviewed the partners around a table in a small meeting room in Paris, I couldn’t help reflecting on where each person came from, the distances travelled and the scope of their endeavours today. In the past few years, the firm was chosen as a finalist in the New National Stadium Design Competition in Tokyo, completed an artful travelling exhibition space for Renault, was commissioned by Japanese watchmakers Citizen to design their installation for Baselworld and collaborated on the set design for two operas commissioned by the Matsumoto Performing Arts Centre. Impressively, this is only a shortlist of their recent projects.

These three young architects from different corners of the world have mastered an innovative approach to their field and an intuitive conception of space. Winding their way between disciplines, they create spaces that seem to breathe the same air as their surroundings. “We are a part of globalisation in a way and in another way our work focuses on that,” Dorell tells me, “we don’t want to make global architecture. We want to stay very focused on the local aspects of our projects.”

As we sit chatting, I’m astonished to think that DGT/Architects only opened its doors seven years ago for today, this young firm is not only at the forefront of new sensibilities in architecture – with Ghotmeh named professor at L’Ecole Spéciale d’Architecture in 2008 and Tane teaching at Columbia University’s Graduate School of Architecture, Planning and Preservation programme in Paris – it is already passing on its knowledge.

When I ask the trio what they have learned since they set up shop and what they try to transmit to their students, Ghotmeh responds confidently with what seems like a three point manifesto: first, passion, second, the ability to think critically in all stages of the architectural process and third, to learn how to collaborate with as many different types of people in as many different fields as possible.

Developing an approach that returns to a more emotional experience of space and structure, the firm’s ideas have already begun to leave the project room and are under construction in cities around the world. Though they have achieved much in a short time, it seems safe to say given the passion and ingenuity Mr. Dorell, Ms. Ghotmeh and Mr. Tane display, their success has only just begun.