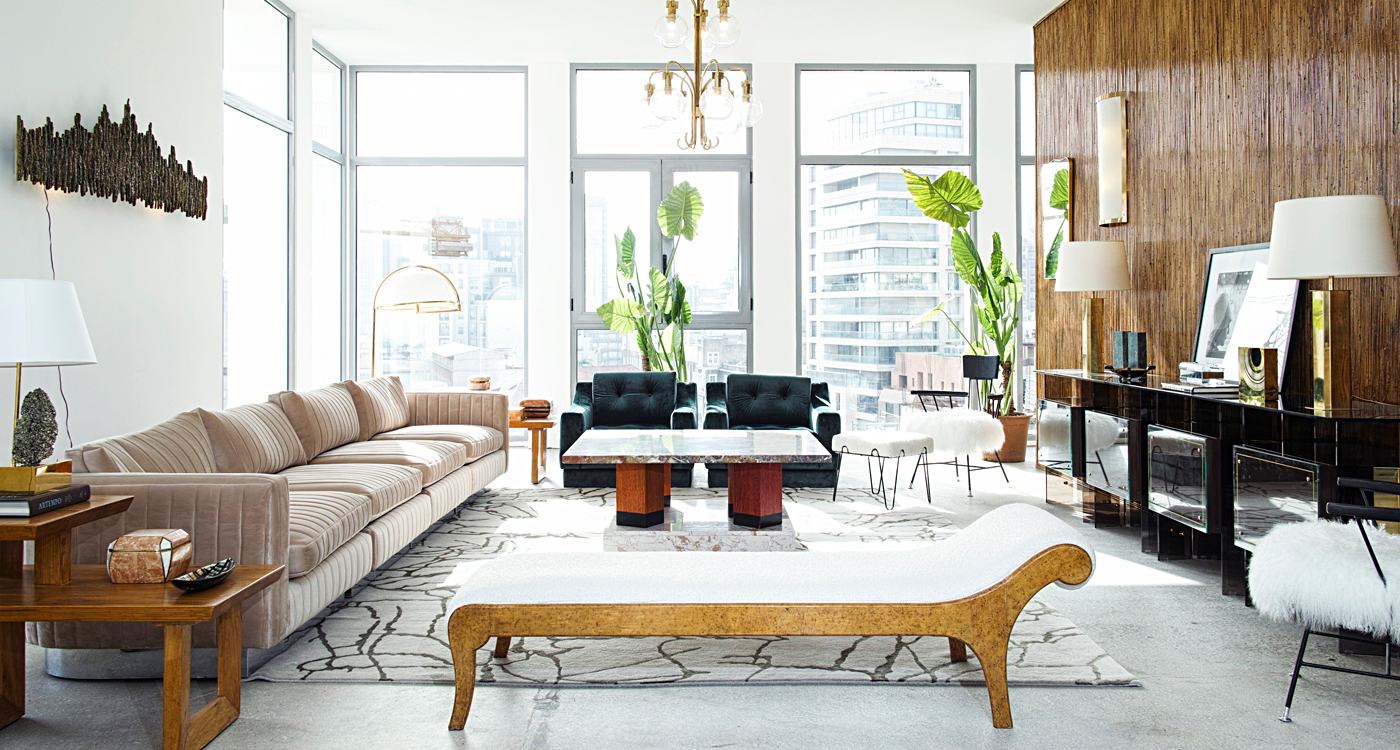 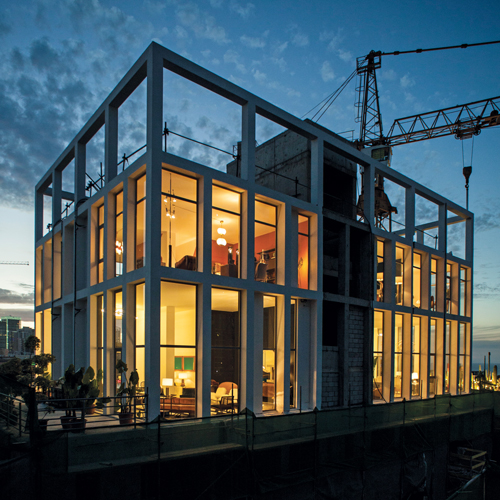 Gabriel & Guillaume is an ephemeral gallery of decorative arts that’s got eclecticism at its very core. Started by a Lebanese woman and a Frenchman, neither of whom are trained designers, it’s an unconventional business that has found success among a cultured customer base.

Standing next to a curvy Mexican Eugenio Escudero 1960s desk and a rare Angelo Lelli 1950s floor lamp, Nancy Gabriel could easily be in her own airy and elegant living room, welcoming guests as they drop by for a visit. Except this is not her home but one of Gabriel & Guillaume’s signature pop-ups, a super-chic temporary display of their eclectic collection of decorative arts.

“For us, a contemporary residential look is not about having contemporary pieces. It’s about having a mix of pieces that communicate with each other and reflect the culture, taste and identity of the people living in the home. We like to create eclectic interiors by mixing different periods,” explains Gabriel who, along with her French business partner Guillaume Excoffier, runs what they describe as “an ephemeral traveling gallery for decorative arts”.

She outlines the company’s design philosophy surrounded by iconic pieces of furniture that reflect their mantra. For their latest show in Beirut, they chose a 600-square-metre split-level penthouse in the new District S downtown development; a sleek space finished especially for them in what is ostensibly an on-going construction site. Below us, the Lebanese capital’s infamous traffic barrels by with its usual frenetic chaos but up here, even with floor-to-ceiling windows providing views over this hustle and bustle, all is calm. 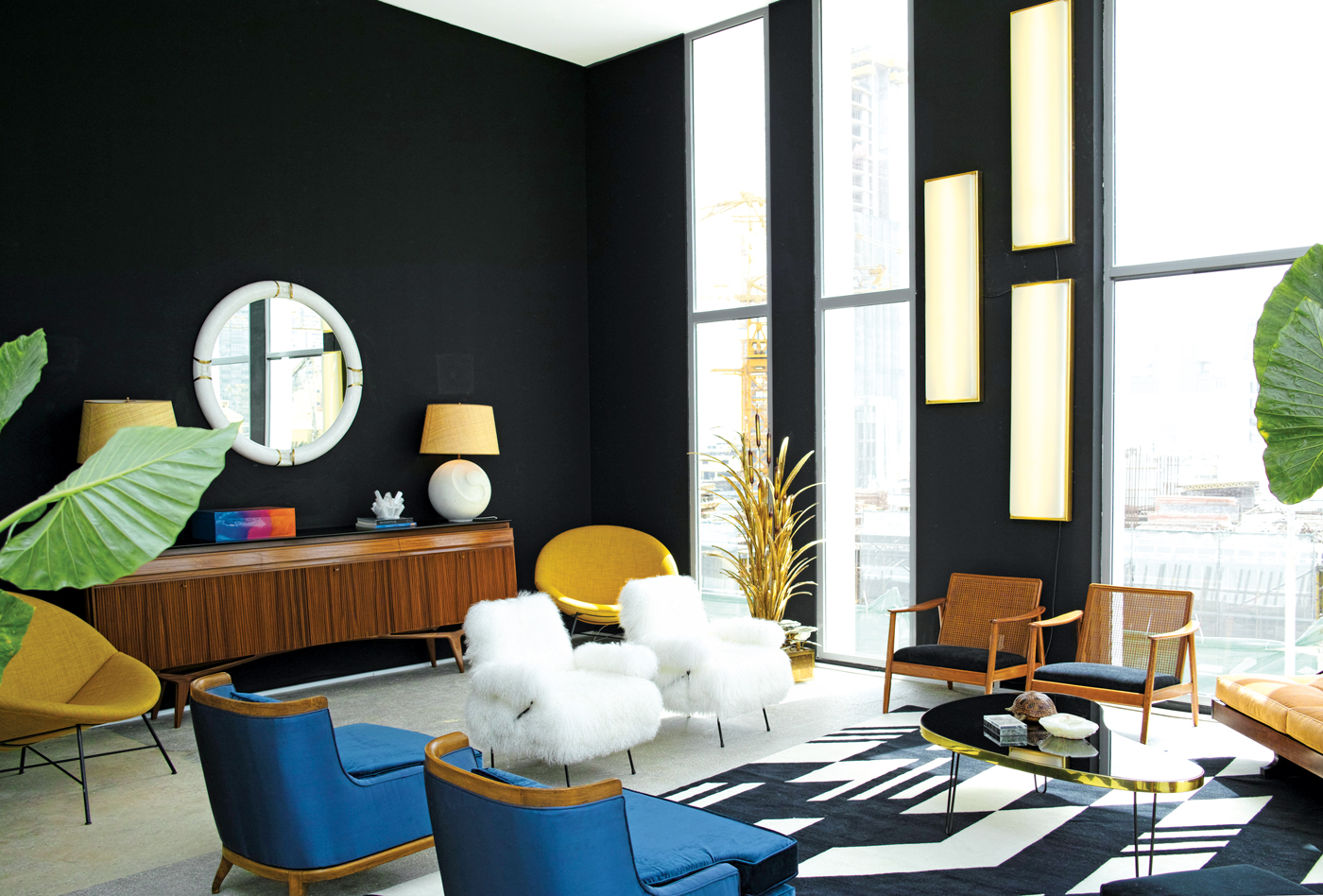 That sense of serenity doesn’t just come from our raised vantage point though, it has a lot to do with the way the apartment has been furnished for the show. Artfully curated rooms flow into one another, each of them a careful arrangement of collectible furniture plucked from diverse periods. Eschewing a permanent gallery, their pop-up concept alternates between Beirut and Paris. The last show in 2015 took place in the ornate salons of Christofle’s 8th arrondissement Parisian headquarters.

“We mostly cover the 20th century,” explains Gabriel, “but we also have some pieces from the 17th, 18th and 19th century that are curated in a way that they fit in contemporary spaces. It freshens up the look.” The result is an elegant and characterful experience – a lovely pair of Percival Lafer chairs sit here, a rare Gabriella Crespi ‘Cubo Magico’ coffee table there. Turn a corner and a striking pair of Gio Ponti armchairs slips into view, as does a colourful display of limited edition English fine bone China plates by the Turkish-Palestinian-Lebanese designer Nour Al Nimer.

If it all feels as though it belongs together – and it does – that’s down to the skilful way it has all been arranged over an artful selection of floor coverings from The Rug Company. Gabriel explains the process boils down to instinct more than pre-meditated floor plans.

“I was a producer in film and advertising for 16 years. And I think that putting together a show like this has a similar kind of alchemy as film making – viewers just see the result but don’t know the ingredients that had to be put together to make it. The set up, getting this harmony, is something we always do a couple of days before the opening. Because you can do anything on paper, but it does not mean that in a three dimensional reality, in an emotional space, it will work. So I just love to come in and move things around, and then at one point it’s suddenly obvious that something should be in a place.” 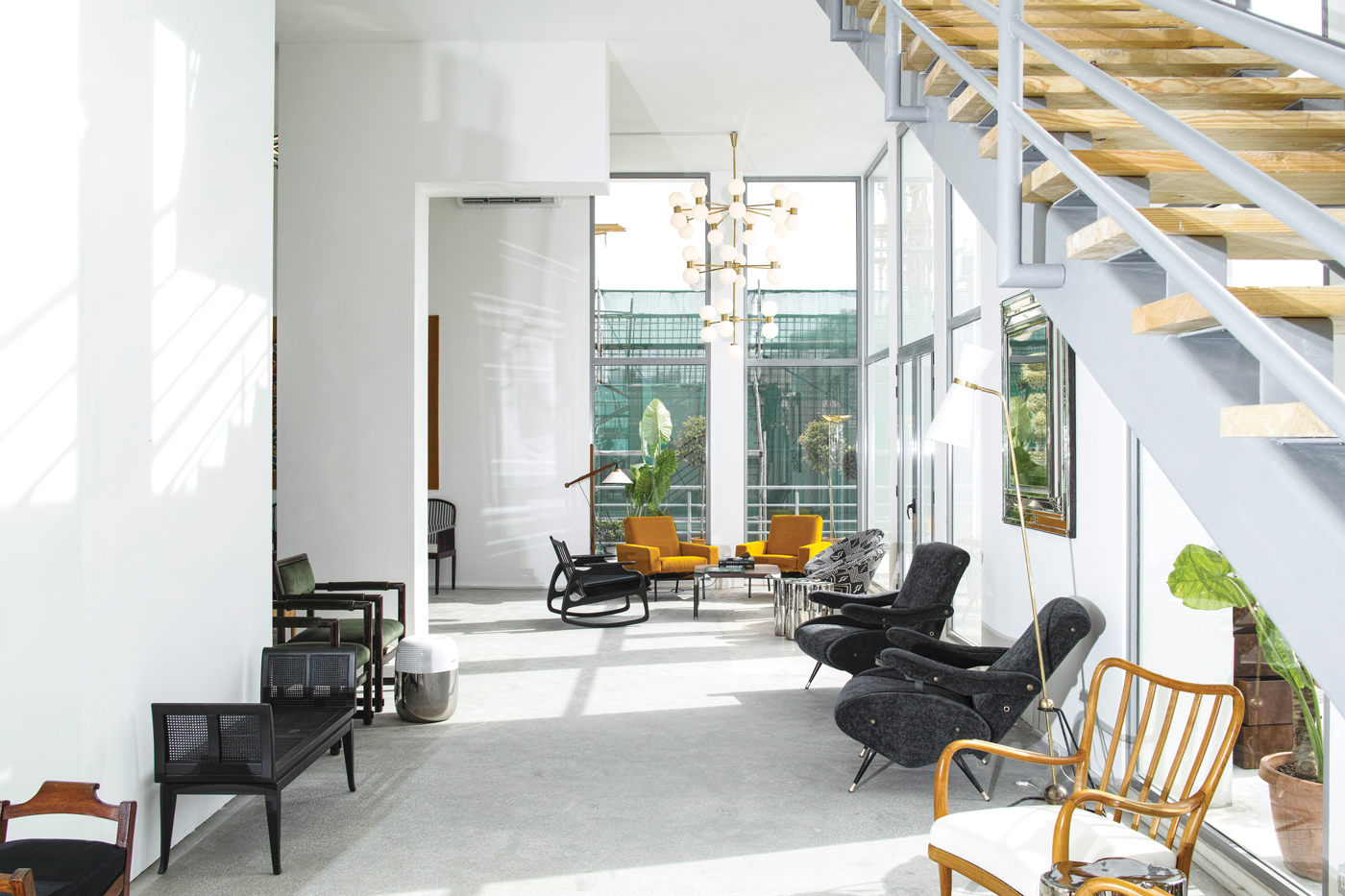 Gabriel believes the overarching feeling of cohesiveness in Gabriel & Guillaume’s wildly eclectic collection comes from the innate similarity in tastes she shares with her partner Excoffier, who also has a background in the arts and fashion. “I think that’s what links this together. Naturally, we like different things, but Guillaume and I have similar tastes. We complete each other, which is how it should be in a creative partnership.” 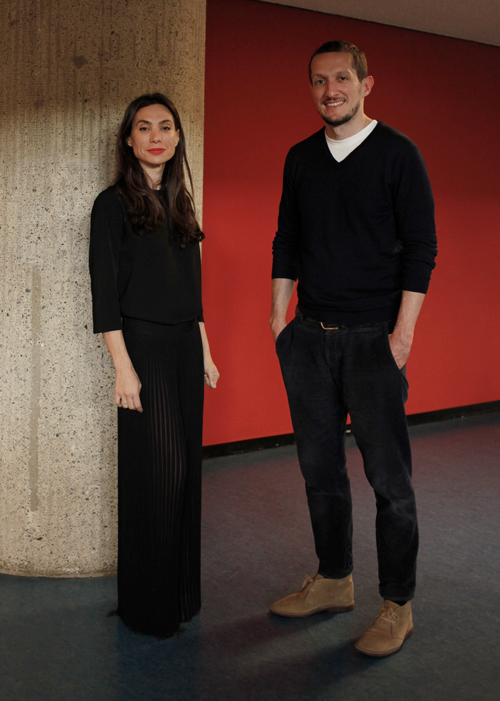 Despite their evident knack for mises-en-scène, Gabriel & Guillaume do not work as interior designers, preferring to be on the supply end as they continue scouring the planet for hidden gems in far-flung places. The process of acquisition flows freely, as there is no particular mould they adhere to.

“When you look at a piece it’s an emotional thing, you have to love it. Then I assess the provenance, whether it’s a signature design, if it’s unique or commissioned. Each piece has its own story, as they’re kind of one-offs and not the sort of thing you’d see in most galleries. The vast majority are decorative art and gain value with time, so we try to take the original piece and not one that has been reissued. It’s very, very hard work to make sure we get the right pieces.”

Speaking with Gabriel you quickly realise this not just a business, but a passion. She admits to sometimes getting emotional at the sight of a particularly beautiful specimen, and reveals she collected furniture long before it morphed into a business, giving further credence to the idea that if you do what you love, success follows.

As for advice for would-be collectors seeking to acquire vintage furniture to elevate their homes while making sound investments, Gabriel is contemplative. “I would advise people take their time, look around, and educate themselves. I also recommend trusting their own taste, being gutsy and looking within themselves for inspiration because it’s important that a home reflects who you are.” In which case, Gabriel & Guillaume’s pop-up home reflects very well on them indeed.