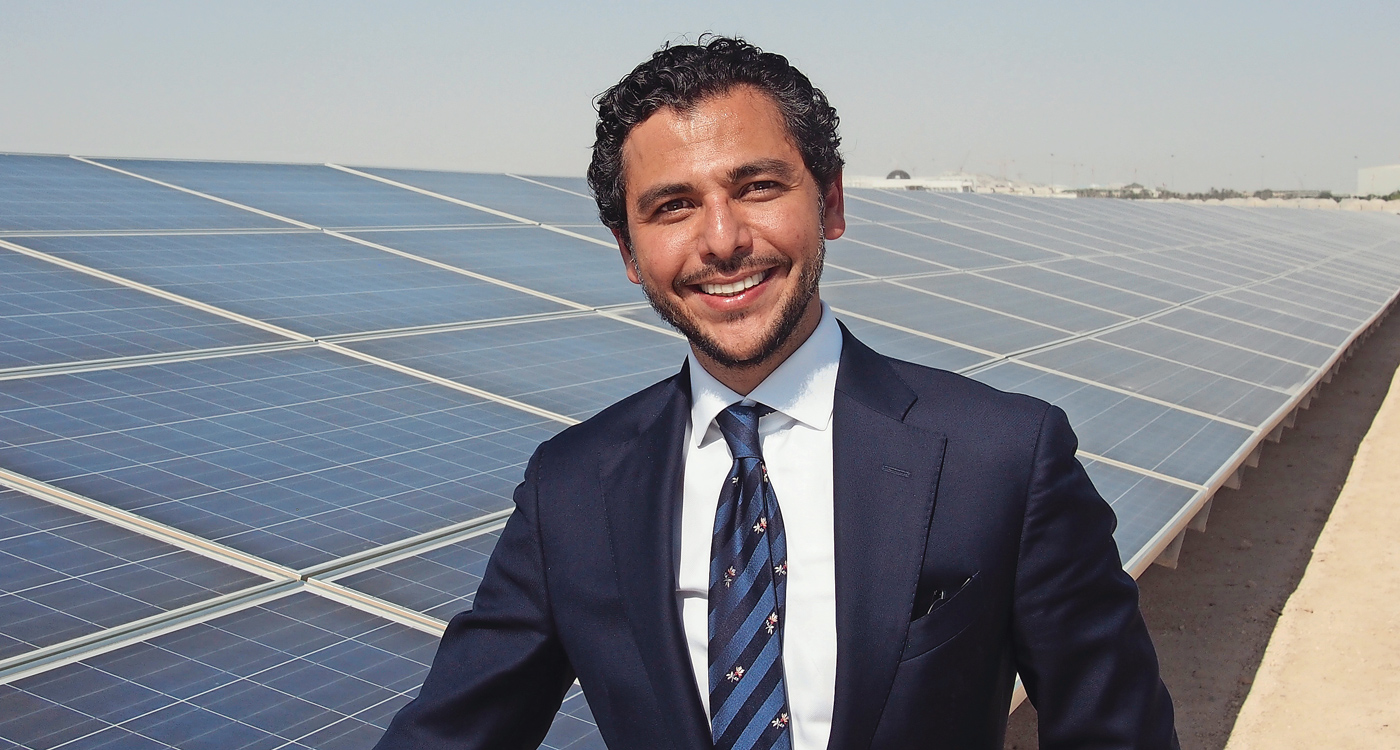 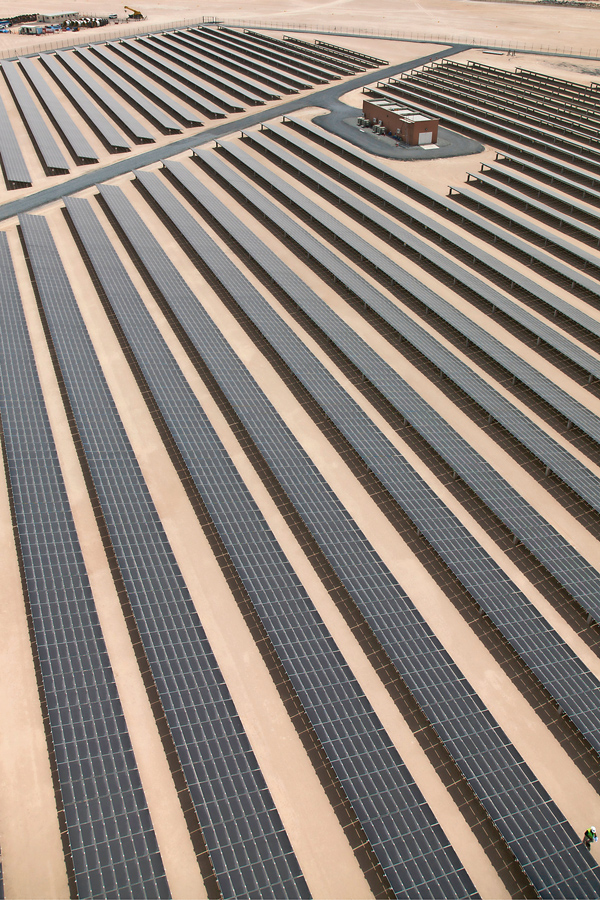 The Masdar 10 MW plant was the largest solar photovoltaic system ever constructed in the Middle East and North Africa when it was completed in 2009.

CEO Sami Khoreibi sheds light on how solar power is taking over the grid. His company, Enviromena, is spearheading the way for this hot technology in the Middle East.

The future is now, according to Sami Khoreibi, CEO of Abu Dhabi-based Enviromena. With a growing list of large-scale solar projects in Jordan and the U.A.E., he has a point. “It used to be mainly pilot projects that were proving up the technology and the dependability of solar energy within regional grids. Now they are large-scale government programmes.” Plus, with the cost of solar power at an all-time low, it’s becoming increasingly difficult to justify sticking to an oil-based energy supply. While the cost of conventional energy in a country like Jordan is about 17 to 19 cents per kilowatts, the cost of solar is closer to six cents. This readily explains why countries like the Hashemite Kingdom are quickly moving towards their renewable energy targets. A recent 128 million USD joint deal with Spain’s TSK Group to build a 103 megawatt solar plant in the south of the country is actually Enviromena’s biggest contract to date, and a significant marker in the growing relevance of solar energy.

“The Middle East was a late bloomer but now that solar has been proven, it has captured the attention of decision-makers.” Khoreibi recalls the company’s early days in 2007 when a news search for solar energy in the Middle East returned a single story, about a massive blackout in Dubai where only the city’s solar-powered parking metres still functioned. In more ways than one, it’s a telling anecdote about the practicality of solar energy and the rapid change that has taken place in the region since then.

Geographically speaking for solar energy, it doesn’t get much better than the MENA. While the engineering of photovoltaic cells and panels varies according to climate and regulations, sun – the main natural resource needed to power the technology – is generally quite abundant here. Its schedule is also ideal, making it the perfect complement to traditional grids. “It produces energy when you need it the most,” Khoreibi points out, referring to daylight hours when air conditioning demand is high and electronic devices are being used the most.

Naturally, it helps that Enviromena has established itself as a credible and reliable provider in the industry, with a team of solar experts who’ve been there since the start. A competent and heavily Middle East-based company certainly makes it easier to broker local deals, and Khoreibi makes sure to point out that it is his team of employees who are at the core of the company’s success. After setting up shop in Toronto in 2007 with two friends – one he’d known since he was10 – the newly minted and trailblazing solar entrepreneurs set to work building the company’s foundation. “We hired some very bright young engineers and turned them into solar experts,” he says of his mostly Arab-speaking employees. Those same bright minds are now in managerial positions, making sure the business remains as on-point as it was when it announced itself to the market in 2008, when it won it’s first major bid in Abu Dhabi.

That project for the Masdar Initiative was the first grid-connected, utility-scale photovoltaic plant in the Middle East, and they completed it alongside a Chinese partner. “That was our initial spark,” he recalls.

It’s been a fast-track since then for Enviromena, with dramatically decreasing solar energy costs and a shift towards renewable energy policies working in their favour. “We are similar to the computer industry in that every time there is a doubling in capacity, there is a 20 per cent decrease in cost,” he explains. In addition to large scale, grid-transforming projects, the company has worked with agencies on smaller yet life-changing solar power installations. As an example, in rural Morocco and Egypt, Enviromena installed panels supplying over 17,000 homes with electricity for the first time, no small feat for this underserved segment of the population. “It provides enough electricity for refrigeration, which is often important for preserving medicine, enough to charge two devices and most importantly it gives them access to electric light when it’s dark, which allows children to study at night,” Khoreibi remarks.

As he talks about Enviromena’s ascent on the Middle East’s energy scene, there is little mention of the environmental advantage solar power has over fossil fuels. Hardly once does he mention the word green, focusing instead on the economic incentives the technology provides. The reason behind this is that those bottom-line factors have superseded the more obvious ecological benefits. It is a process that has taken some time, but Khoreibi is confident the tide has turned for good. “We have a lot of oil under the ground, but our cost of electricity production is actually quite high by global standards. Even with today’s oil prices, the average cost of electricity using oil is more than twice that of using solar energy,” he explains.

“We used to preach we were a clean source of energy and that we were building an industry. Now we are the cheapest source of energy,” Khoreibi says. In a world where money does most of the talking, it looks like solar power is on the rise. 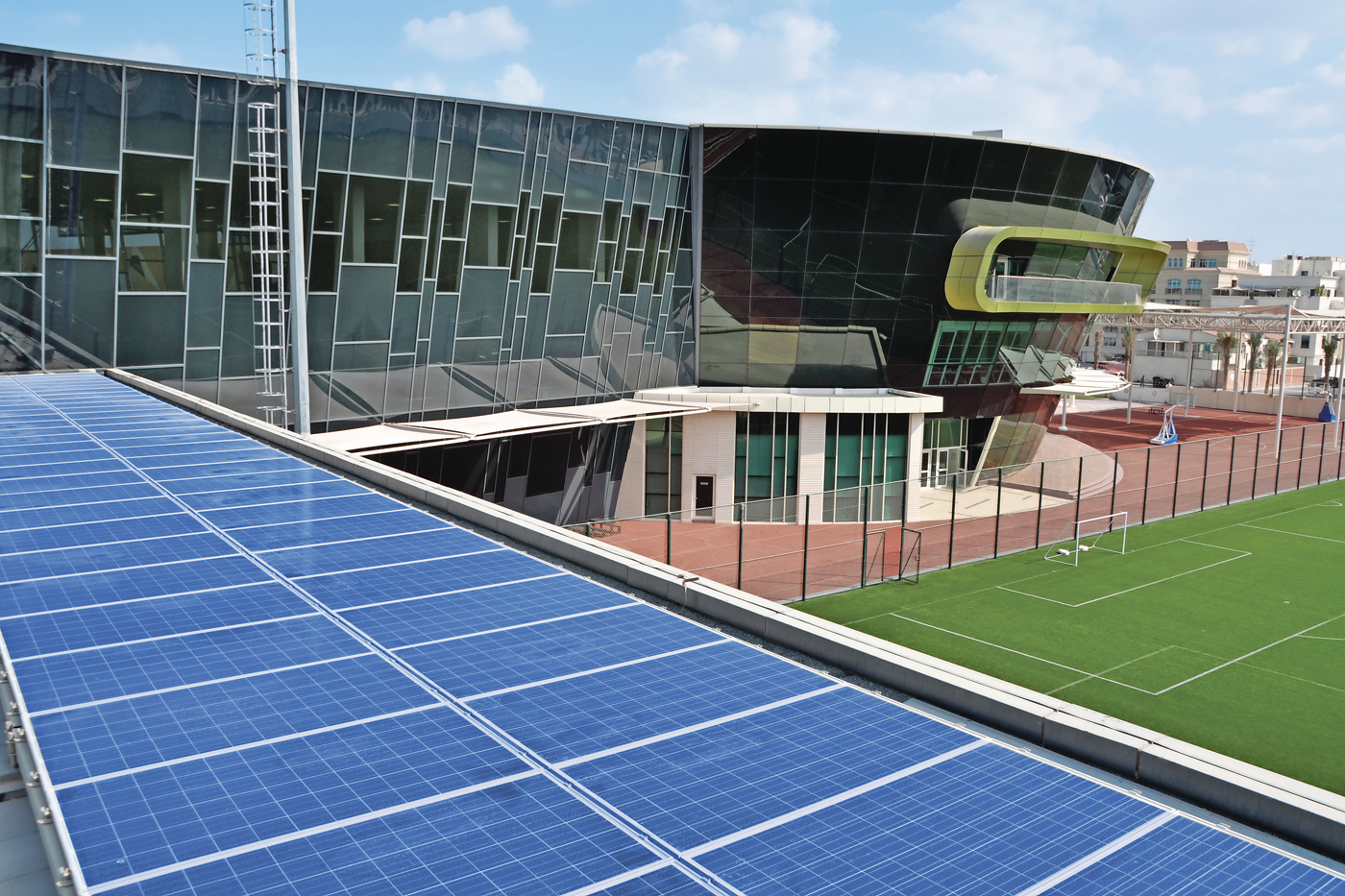 FOOTNOTE: In November 2017, one year after this article was published, Environmena was acquired by the British investment advisory firm Arjun Infrastructure Investment Partners (AIP). And in 2018, Cabell Fisher was appointed as CEO.