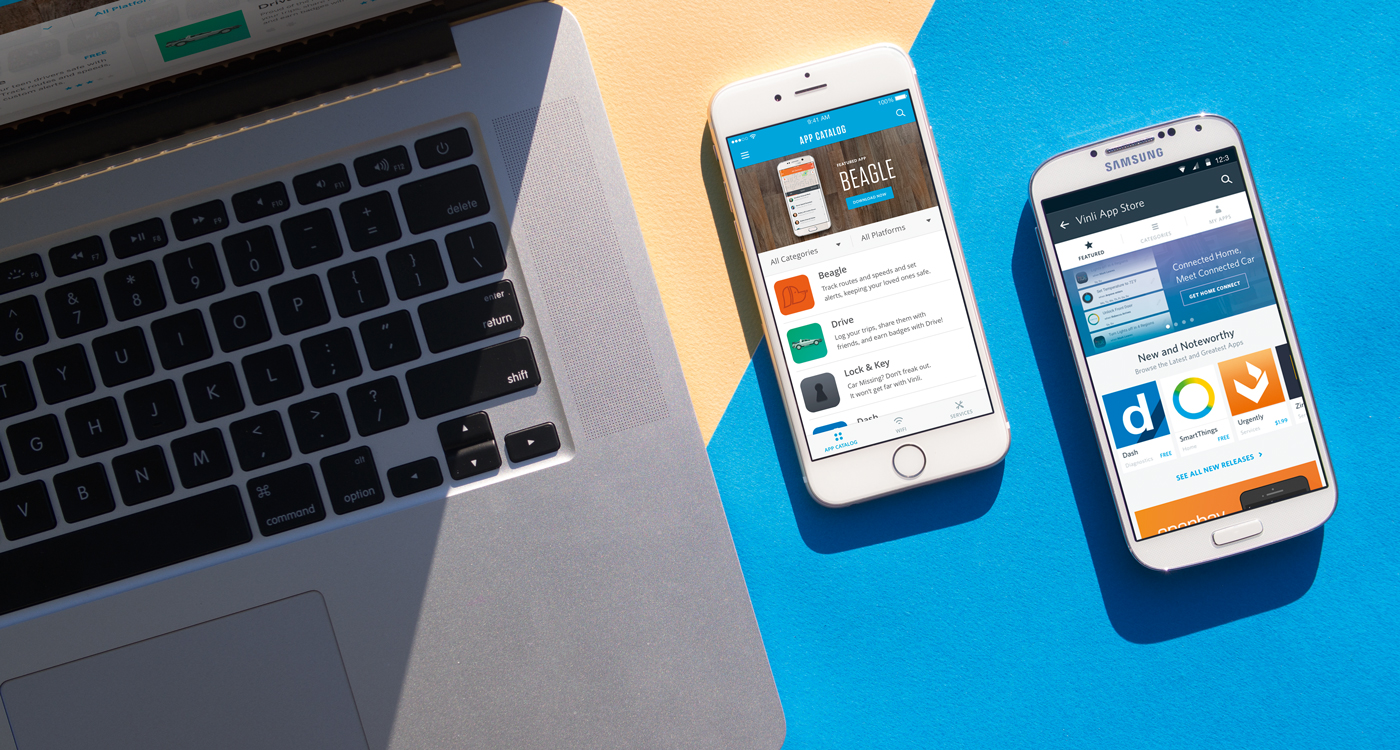 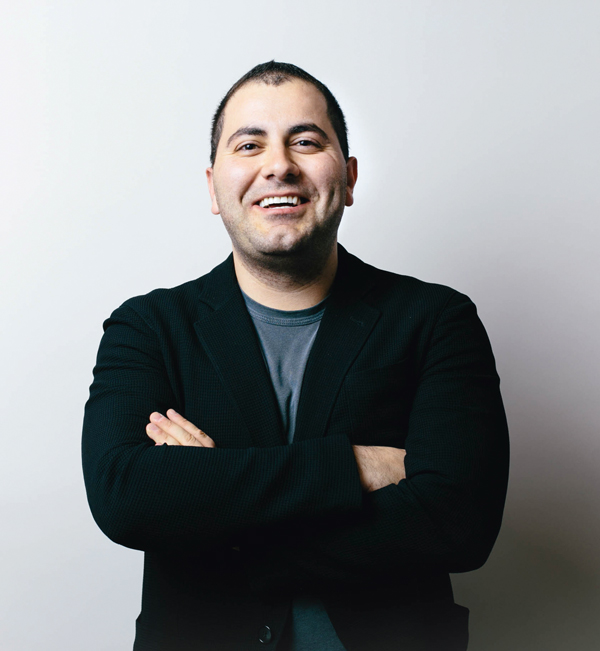 Sometimes there comes a story of someone overcoming adversity such as war, poverty, and displacement – to achieve beyond expectation. The story of Mark Haidar is one of those.

In 2011, Mark Haidar and his business partner Scott Harper pooled their combined savings of just 50 USD to found Dialexa, a Dallas-based start-up factory that they say was crazy enough to build any technology product. “A company you could walk into with an idea on a napkin and leave with a world class, elegant and well crafted product,” says the now 32-year-old Lebanese-American entrepreneur. “We wanted to put the innovation horsepower that Apple, Google, and Samsung have into the hands of any company. And to take this insanity to the next level, we decided that we would also build and create our own products and launch them as independent companies.” Over the past five years they have cultivated over 50 projects, tripling annual revenue every year and earning his team awards and accolades in the process. Most recently, the tech company made headlines when it dispatched its test fleet of delivery drones at a Texas barbecue, serving up brisket sandwiches with a side of mac and cheese straight from the sky.

But last year Haidar stepped down as co-CEO of Dialexa (but remains as Chairman of the Board), in order to head up Vinli, a vehicular connectivity platform that is one of Dialexa’s most successful offshoots yet. Offering WiFi and a ‘store’ full of driving, safety and maintenance apps, the device has been used by Uber in high-visibility cities like Las Vegas and Austin, providing riders with free high-speed internet while driving. It is also marketed as a upgrade tech solution for out-dated cars. “We wanted to redefine technology and empower every driver to have cutting edge technology inside their car. If you have a 1996 Honda Civic, you deserve to have technology that’s affordable. So we created a platform and device that you plug into your vehicle and it allows you to access high-speed Internet, safety features and the largest app system in the automobile industry,” Haidar explains.

Haidar, who grew up in the Sidon suburb of Wadi Al Zeina and went to school in Ain Al Hilweh, a place better known for Palestinian refugee camps than international baccalaureate grades, made the long journey from the Middle East to the United States during the Israeli invasion of 2006 with barely more than the clothes on his back. Eight years later and he had completed a master’s degree in engineering, published multiple research papers and a book. He credits his interest in technology to a donation of two computers by the UN to his school in 1993. He recalls the sense of freedom he felt while sitting in front of a PC. “I wouldn’t leave the lab and I wanted to learn to program. While everything was going wrong outside the lab, inside it I was empowered. I was able to tell the computer what to do and it would do it for me – it was addictive,” he recalls.

Later on, when he was accepted into engineering school, a 4,000 USD per year tuition compelled him to find a way to earn enough money to pay the school fee. And therefore, at the age of 17, Haidar started his first company. Its mission? To make 4,000 USD a year. “This is what made me get into technology. It wasn’t because I wanted to create a company – it was because I loved tech and it made me feel empowered. It empowered me to make money,” he explains. “The only common denominator between all those working in technology is that we are resilient. The moment we realise that we’re capable of doing great things, everything else becomes easy,” he says. 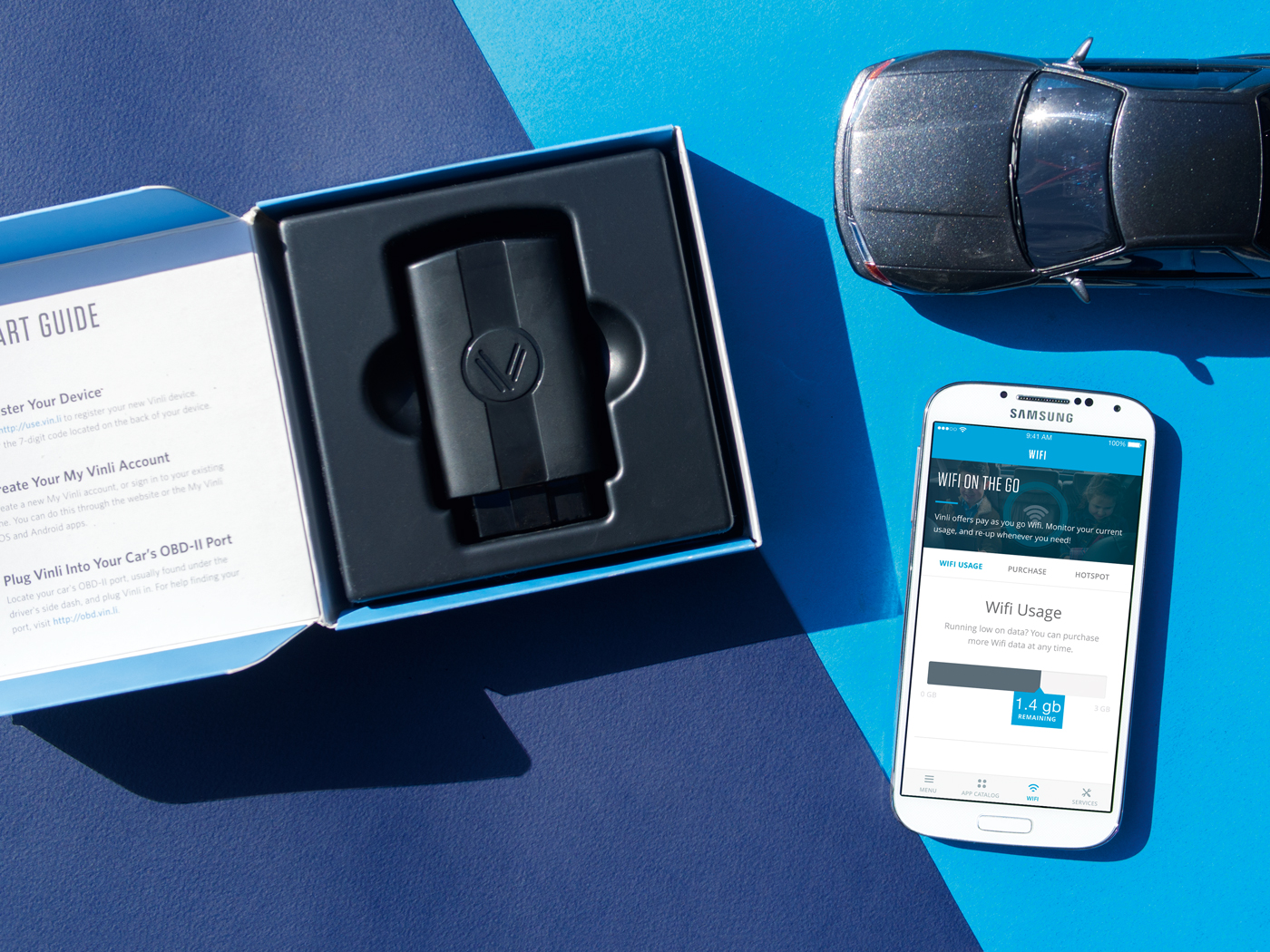 And so Haidar’s foray into entrepreneurship and technology began. Upon graduating came an offer of a well-paid job that would put an end to his money woes. But he had bigger dreams. With his sights firmly set on the US and the opportunities it offered, he turned down the attractive job offer and left Lebanon in 2006, to further his studies at the University of Detroit Mercy instead. It was a journey fraught with risk (and hard work) but the gamble paid off; Dialexa, a company he co-founded in Texas in 2010, has grown at an exponential rate, with clients that range from Fortune 500 companies to venture-backed start-ups. And in 2014, Dialexa Labs, an internal innovation and development engine that works as an umbrella company for new ideas, was launched.

Setting his sights on expanding and launching Vinli in the Middle East, the device (which began as a hardware dongle for vehicle diagnostics before it became the 4G Web-connected, Wi-Fi hotspotting, mpg-boosting, teen driver-monitoring 200 USD device we know today) is currently being rolled out slowly in Bahrain, where the company is gathering consumer feedback. This is important for Haidar, as the average Bahraini consumer is different to one in the US. “We listen to our customers to ensure the product is doing what it’s meant to do and that it’s impacting their lives positively on a daily basis. From the feedback, we continuously enhance it. Once we feel we have perfected the formula, we start growing,” Haidar says.

In a conscious effort to give back, now that he is in the position to do so, Haidar is developing an initiative through which technology and programming will be taught to refugees. The aim is to cultivate their skills to the extent that they can then get remote jobs working for companies in the US and Western Europe.

During our interview, Haidar offers the seemingly uncomplicated advice he’d give to those looking to break into the world of technology: “Believe in the resilience of the human spirit and never give up”. It’s a maxim that’s served him well.