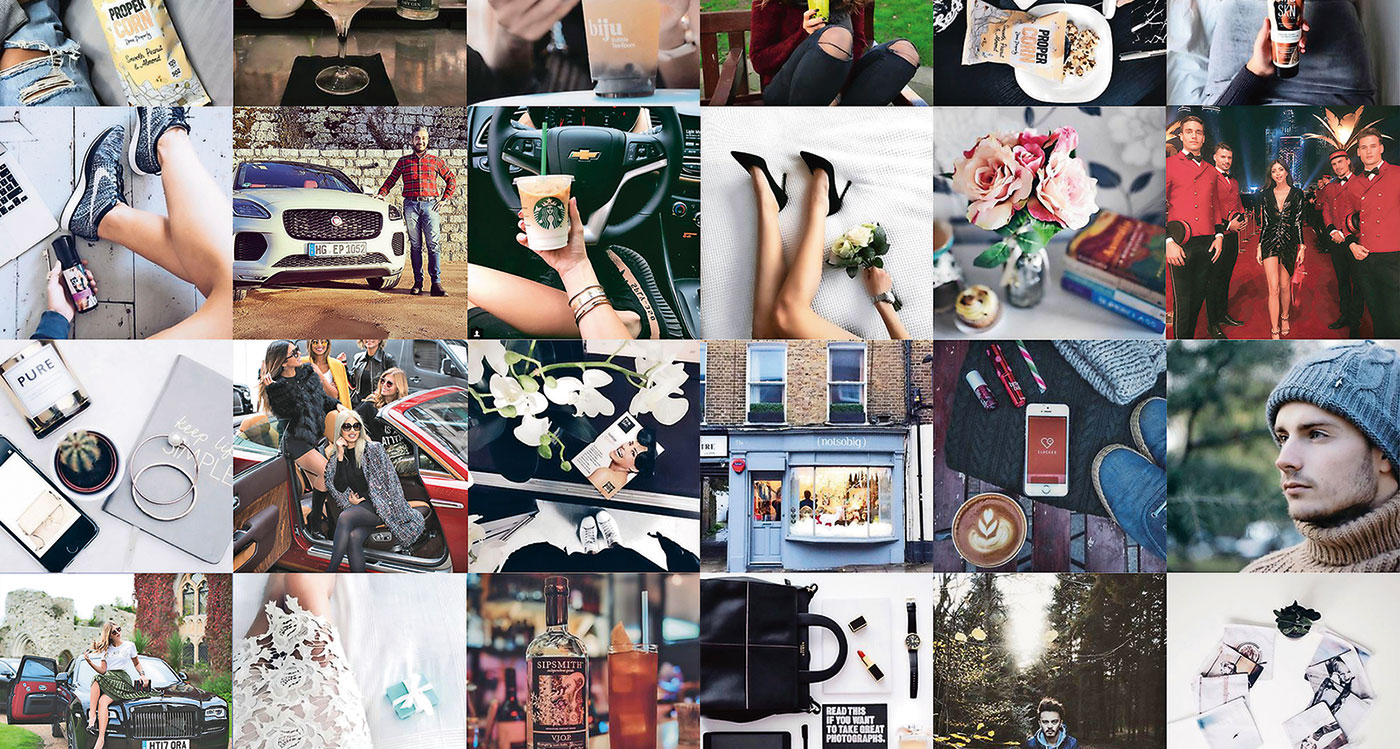 Why the General Public is Starting to Get Fed Up with Social Media Influencers
February 7, 2018 Nadia Michel

It’s hard to believe Instagram was launched only eight years ago. Before that, “no filter” was an expression used to describe a loose-lipped party guest, and “blessed” was how you felt inside when something really good happened. There were no “Followers” and “Influencers” – words that sound rather sinister when taken out of context – but these social media terms have now become part of our daily vernacular, and essentially transformed the way we live our lives.

With 800 million daily users, Instagram has effectively given another meaning to globalisation. When it comes to selling anything – from political ideas to transparent shoes – there are no more borders. The internet is a worldwide web and we are all entrapped in it. So advertising has taken a new shape, in the form of tweets and daily image feeds posted by willing collaborators, casually referred to as influencers.

Though we wish it were that easy, you can’t really blame influencers for all the trouble they’re causing. “We all want to be liked, but now we want to be liked by 16 million,” actor Denzel Washington recently commented. Indeed, influencers are just like the rest of us, wanting to be validated and liked, except they work extra hard at it. Choosing fame as their career, they dedicate almost every waking hour to taking incredibly staged pictures of themselves, which they portray as spontaneous, in order to create a highly redacted, alternate version of themselves for the digital world. The initial payback for all that work is the dopamine rush they get every time someone likes their post, but with a little creativity and a few sleek filters, they might just end up with a little blue tick and the ability to charge brands for access to their audience. In a way they’re like a new generation of TV networks, only they’re more powerful than TV ever was – after all we carry them around in our pocket all day, they’re purportedly “real” and their followers are “friends” with whom they engage in lively exchanges through comments about what’s on their minds (or agendas). It’s all about trust, after all. And so the lines blur.

But as we innocently spend our downtime following people (or rather their accounts) and allow them to populate our daily feed, we are ensnaring ourselves in an addictive false sense of reality, lured into that cutely monikered “rabbit-hole” that influences the way we think we should look, the cars we want, the way we vote, the way we dress, the way we eat, the way we exercise and even the way we breathe and sleep. It sounds insidious, because it is.

“Bad actors can now manipulate large swaths of people,” says former Facebook exec Chamath Palihapitiya. He and other leading lights including former Facebook President Sean Parker are extremely worried that what started out as a fun social tool has gotten way out of hand. “You’re exploiting a vulnerability in human psychology. The investors understood this, consciously – and we did it anyways,” he admitted. “You don’t realise it, but you are being programmed.

What’s even more irreconcilable is that, besides stars who can claim an actual talent like Ronaldo, Beyoncé, Neymar and Selena Gomez, some of the most followed celebrities on the planet are the most vapid, people like the Kardashian-Jenner clan, who are famous for, well, making themselves look pretty and stylish and suspiciously flawless. Yet, as a result of her 87 million followers, Kendal Jenner has snagged lucrative contracts with Estée Lauder, Marc Jacobs, Calvin Klein, Glu Mobile and Topshop. It’s little wonder then that, closer to home, we have influencers like Ascia (2.2m followers) who are prepared to peddle anything from potato chips to Cadillac and Tory Burch in their pursuit of fame and fortune. And therein lies the problem. Remember the importance of trust?

Not surprisingly, there’s been a backlash of late, with the public beginning to feel a little bamboozled. Instagram and Snapchat were supposed to be about real life, but it turns out they’re nothing more than a means for glorified salesman to come knocking on our door. Case in point, a video by Nathalie Fanj (330k followers) that was posted not too long ago showed her pulling off a towel from her head after a shower, but it was so painstakingly obvious her hair had been curled and coiffed by a professional that the benefits of the branded shampoo she was trying to plug ended up looking as ridiculous as she did. Worse still, take Rolls-Royce’s Middle East office who (after electing in 2014 to cease all conventional print advertising to pursue “alternative” means of reaching their audience) decided it would be a great idea to fly a group of six exclusively female Instagrammers – Leena Kaziz (134k), Areej Al Balushi (187k), Tamara Jamal (305k), Lama Al Akeel (407k), Deema Al Asadi (479k) and Noha Nabil (5m) – to England and post pictures of them awkwardly sprawling themselves over their half a million dollar cars. Now, did they really expect this cringe-worthy endeavour to result in a surge in sales among a mostly male clientele of wise, seasoned businessmen? Why bother tainting the brand, we ask. More canny brands, sick of receiving crazy requests (such as for outfits to be sent to influencers wanting to look on-trend during their ski holidays), have decided to cut back, or at least filter out the empty vessels. And to help them do this, there are now specialised agencies that pinpoint the most relevant – and authentic – influencers. Names like MuseFind, UP Influence and Instabrand use sophisticated analytical tools to help brands connect with the right influencers.

Even so, there’s something bigger at play and as we come to realise the impact that social media is having on all aspects of our lives, there is growing realisation to the side effects that all of this is inflicting on us. Some critics argue that like the tobacco and alcohol industries, which rely on its users’ weaknesses and dependency to keep their business going, the protagonists of social media are in fact knowingly peddling an addictive product. It may not be the end anytime soon, but there’s no denying there’s now a perceptible blemish on Instagram’s perfect interface.