People | Insights | You Won’t Believe These Before and After Pictures From ‘Botched’ Star Dr. Paul Nassif 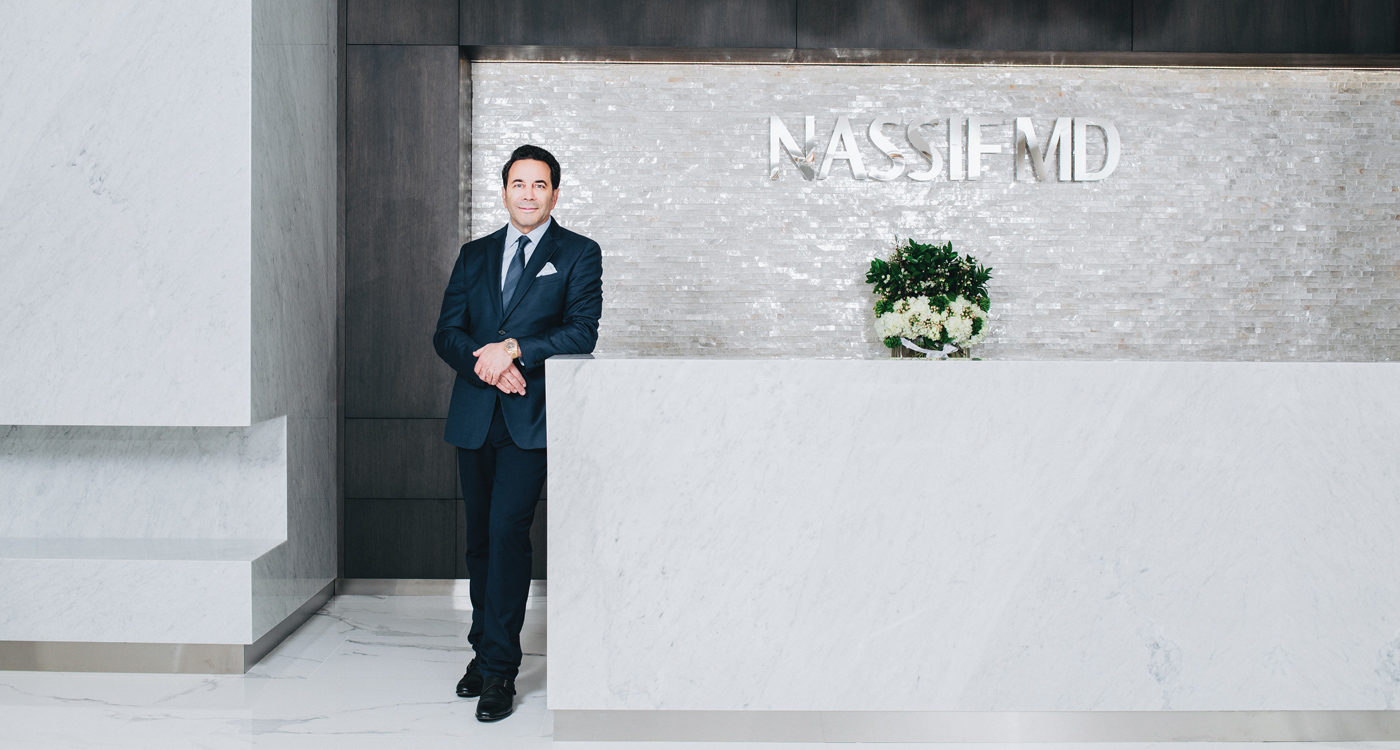 You Won't Believe These Before and After Pictures From ‘Botched’ Star Dr. Paul Nassif
September 26, 2019 Nadia Michel

Crooked noses, protruding implants and dimpled skin are all in a day’s work forDr. Paul Nassif . The California-based plastic surgeon has his own ideas on beauty, and he has the skills to make it happen.

He’s one of the world’s most famous plastic surgeons and so I was admittedly a little surprised when he Skyped me unannounced early one evening. He had just landed at LAX early morning California time and he was just minutes away from going into the operating room to perform yet another riveting case for ‘Botched’, the E! reality TV show that’s made him (along with Dr. Terry Dubrow, who handles the body parts) a household name around the world. Our interview had been scheduled for the following day, but in a Carpe Diem moment, he seized the opportunity to make use of a few spare minutes to get our exchange out of the way, displaying the kind of ‘grab life by the horns’ attitude that’s common among most of the world’s highly successful people.

And successful he is. Besides the show, which is in its fifth season and still going strong, Dr. Nassif, who specialises in rhinoplasty, has a skincare brand, is an in-demand speaker at international medical conferences and has a worldwide reputation as the go-to guy if you’re looking to correct bad surgery. Born in Los Angeles to second generation Lebanese-American immigrants, Nassif has also appeared on Dr. 90210 and Real Housewives of Beverly Hills.

Skincare is what’s on his mind though this morning, as he’s fresh off a trip to Australia where he sold heaps of Nassif MD on TVSN, a home shopping network. “Skin is very important,” he says. “When you operate on someone with dehydrated skin, it’s like operating on a raisin as opposed to operating on a grape, which has more volume. It’s much easier to peel the skin off a raisin as compared with a raisin, which you can’t,” he illustrates, adjusting his surgical hat.

To that end, he stresses the importance of exfoliation and hydration before addressing what he describes as a growing obsession for perfect skin. “Since everyone is always filtering themselves now, there’s something that’s almost like ‘selfie dysmorphia’, and patients want to look like that filtered image, which is kind of not real,” he admits. However, there are a number of procedures he recommends for improving skin texture and tone, with microneedling at the top of his list followed by laser and chemical peels and of course, a good skincare regimen.

WHEN I GO BACK EAST, THE ONLY THING I SEE THAT PEOPLE ARE STILL DOING THERE THAT THEY’RE NO LONGER DOING HERE IN CALIFORNIA IS OVERDOING THE NOSE.

But Dr. Nassif’s superpower, the thing that’s made him stand out in the world of cosmetic surgery, is his ability to fix other doctor’s failed work. “’Botched’ is based on patients who might have had good surgeons but bad complications, or maybe they had unqualified surgeons, maybe they weren’t facial plastic surgeons, maybe they were the wrong type of doctor,” he says diplomatically. “Usually, their luck hasn’t been that great.”

He’s clearly careful not to vilify his colleagues, but admits not all doctors have the same standards, and he professes the importance of following certain ethical guidelines. “There are great doctors in the Middle East, but like in every country there are doctors who cater to their patients and overdo their face, and they should stop that,” he says. As a proponent of a more natural look, Nassif is weary of certain trends he deems outdated. “When I go back East, the only thing I see that people are still doing there that they’re no longer doing here in California is overdoing the nose. It’s really ‘cute’, they’re elevating the tip too much, it’s scooped out too much – the lips and the nose are overdone,” he remarks. 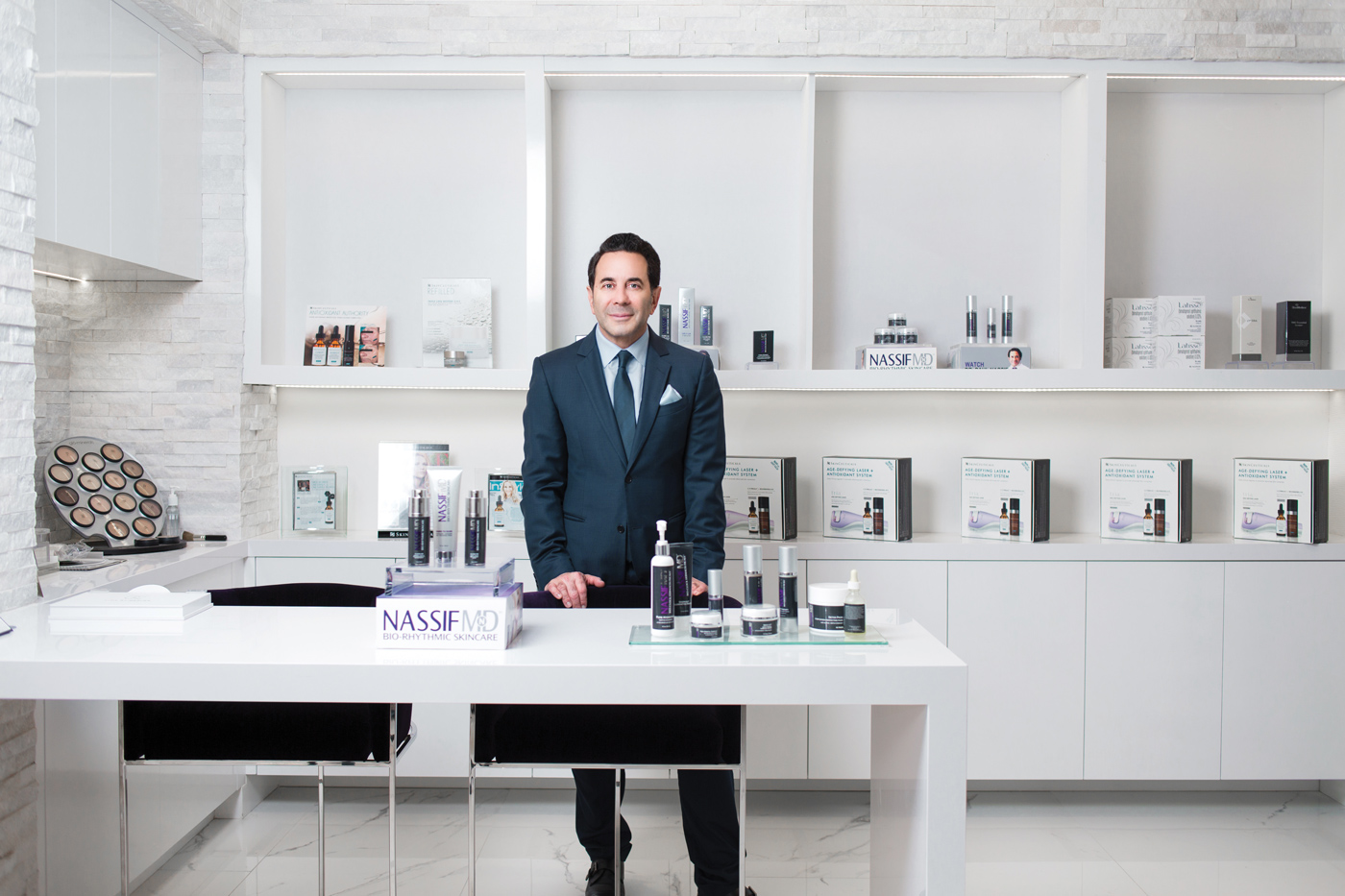 That’s not to say he’s a proponent of a cookie-cutter beauty mould, as he says that too is a relic of the past. “Everyone is individualized, whether they have pretty lips, pretty eyebrows, pretty eyes, pretty skin or a pretty nose. Looking natural is beautiful, not looking like you’re fake,” he explains. “People from all over the world see the work we do, and so we do a lot of revision surgeries,” he tells me. “But sometimes patients come in and think we can fix everything, which is unrealistic, so we have to bring their expectations down a bit.”

Most of his ‘Botched’ patients though are immensely grateful for the transformative, life-changing surgeries he performs, and they are more than happy to share their plastic-surgery chronicles with the world. The days of secret back-door exits and oversized shades are over, according to Dr. Nassif. Instead, it’s quite the opposite. “People love talking about their plastic surgery. People don’t hide it in California or New York or even Lebanon. Everyone has plastic surgery out there (in the Middle East) and they love showing it off. I don’t think it’s a stigma anymore.”

While the image this conjures – you know, that grocery clerk with the bandaged up nose – doesn’t elicit any real admiration, beauty is admittedly a universal preoccupation these days. And as techniques and technology improves along with the advent of gene editing and test-tube babies, there’s no end in sight. Pass the hyaluronic acid, please.