People | Insights | A Fraud or the Future: Can an Investment in Cryptocurrencies be a ‘HODL’ Trip to the ‘Moon’ or is it Just a Pipe Dream? 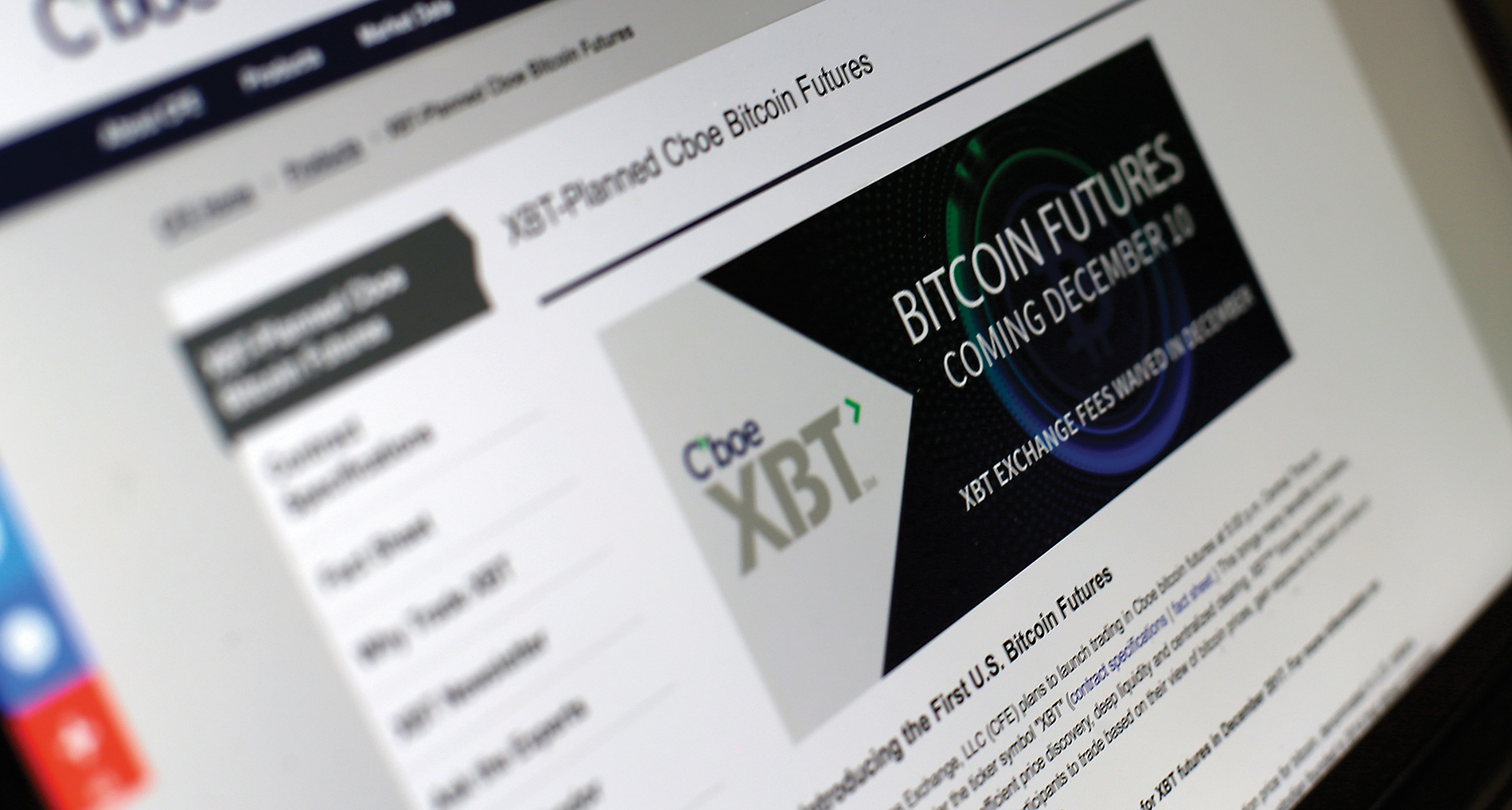 A Fraud or the Future: Can an Investment in Cryptocurrencies be a 'HODL' Trip to the 'Moon' or is it Just a Pipe Dream?
March 31, 2018 Nicolas Shammas

Any conversation of cryptocurrencies has to begin with an explanation of blockchain and why it’s so revolutionary. In essence, blockchain changes the way we transact with each other and allows us to move from a world of cloning (in which we have to make copies of files we want to send one another), to one in which we can teleport the originals. Right now 99 per cent of people are using blockchain to move money, but it’s far from limited to money – you can use it to move music, movies, coffee, or literally any other asset.

Think of blockchain as a Google spreadsheet, where everyone can make changes, and updates are shared among participants. But what’s unique about this spreadsheet is that every update is final and nobody can tamper with it. Many technologists call that “digital immutability”, meaning once you’ve committed a record on a blockchain, it’s practically impossible to change.

Now let’s look at your bank account because this is after all nothing more than entries in a database that can only be changed under specific conditions. If you want to take out cash from an ATM then you’ll need the funds, right? Well, if we were to create a digital currency, we’d need to create a payment network with accounts, balances, and transaction but the major stumbling block will always be how to prevent something called ‘double spending’, which is basically disputes in the accounts and balances. Traditionally, we’d have needed a central server to keep every record, but thanks to the power of blockchain’s decentralised network, you don’t, and the result is a currency that’s actually inherently superior to any government-issued one. Why? If the network discovers a conflict in just one single, minor balance, then everything is broken. In short, cryptos require absolute consensus. And the fact that this consensus-keeping process is secured by strong cryptography that’s secured by maths, and not people or trust, means you’re more likely to be hit by an asteroid than discover a Bitcoin address that has ever been compromised.

“The root problem with conventional currency is all the trust that’s required to make it work. The central bank must be trusted not to debase the currency but the history of fiat currencies is full of breaches of that trust,” explains Satoshi Nakamoto, Founder of Bitcoin. “Banks must be trusted to hold our money and transfer it electronically but they lend it out in waves of credit bubbles with barely a fraction in reserve. We have to trust them with our privacy, trust them not to let identity thieves drain our accounts.”

At it’s core, Bitcoin is a smart currency, designed by very forward-thinking engineers. It eliminates the need for banks, gets rid of credit card fees, currency exchange fees, money transfer fees, and reduces the need for lawyers in transitions. That’s a remarkable achievement hence why Bill Gates called it “a technological tour de force.” But blockchain is the tech, Bitcoin is merely the first mainstream manifestation of its potential. 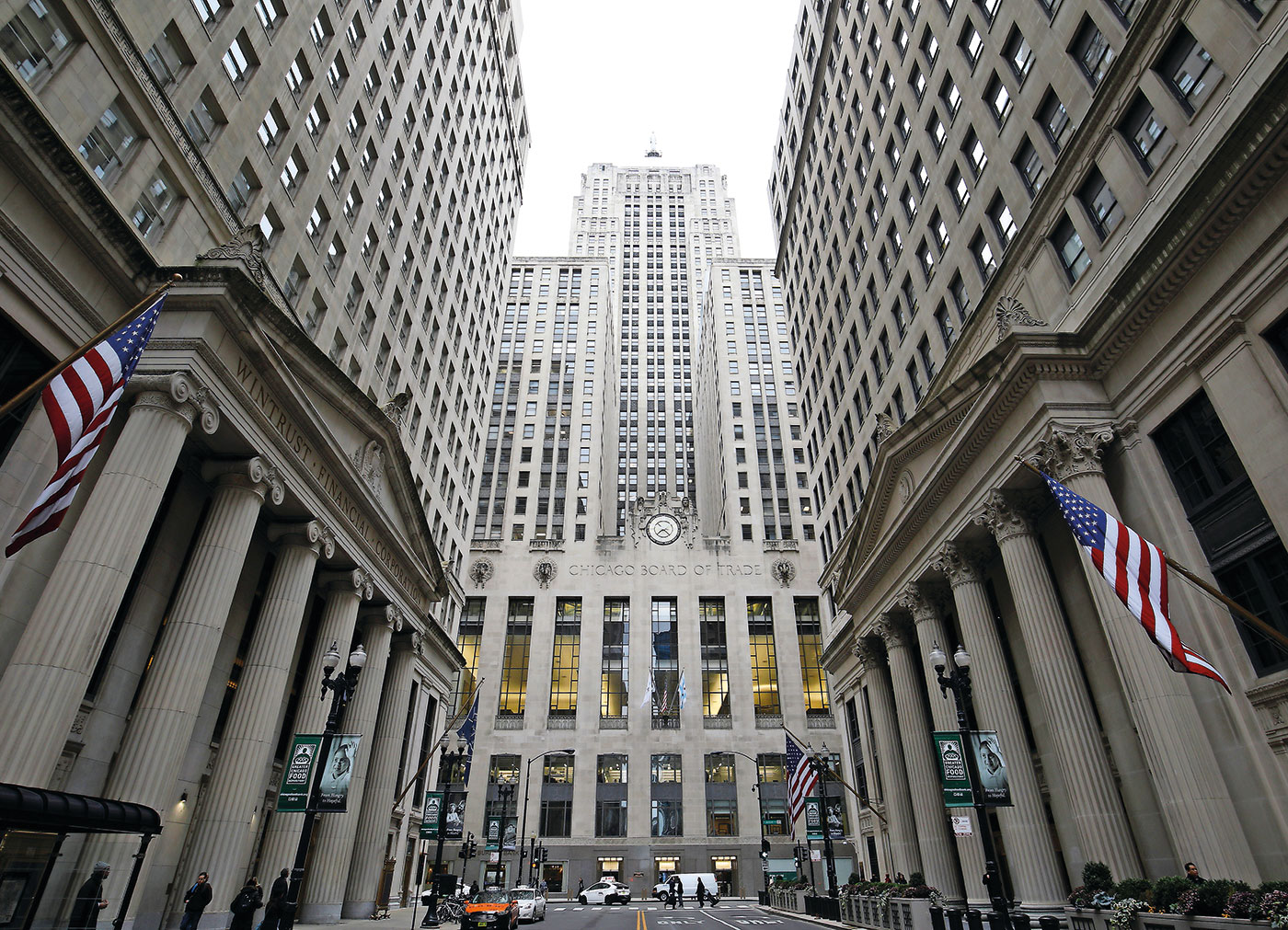 In December 2017, the Chicago Board Options Exchange became the first major exchange to start trading Bitcoin futures. Such was the global interest that the CBOE website crashed eight minutes after the launch.

As a matter of fact, if successfully implemented at scale, decentralised blockchains have the potential to change the way we live, work, consume and interact. Even at this stage of its infancy, companies are raving about how blockchain has transformed their foundational building blocks. Take Walmart for example: they’ve used blockchain to overhaul their data tracking and management processes and they’re already seeing incredible improvements in the efficiency and trust involved in the way in which they track the meat and poultry they sell. Or there’s the case of a London-based start-up called Everledger that’s using blockchain to eradicate fraud in the diamond industry. Prior to their model, it took a lot of time and energy to verify the origin and authenticity of diamonds being sold across the world. But by using blockchain they can trustlessly and transparently list diamonds out on their distributed ledger. In short, blockchain’s possibilities are limitless.

Of course, as with anything that’s new, it’s still a bit rough around the edges, especially in terms of its clunkiness. Case in point, Bitcoin, which is the largest of any virtual currency, can only handle six to seven (or, with the ‘Segregated Witness’ protocol upgrade, 12 to 14) transactions per second. If you compare that to credit cards, which involve thousands of transactions per second, you can determine for yourself just how far Bitcoin is from a large-scale rollout. But progress will come.

In many ways, blockchain represents the most disruptive new technological breakthrough since the birth of the internet. Yet, as great as it is, it’s no Panacea and you can’t expect it to solve every problem, especially if that problem is your bottom line. You see, some failing enterprises have latched onto blockchain in the hope it can save their skins. Long Island Iced Tea Company for example, announced it was supposedly reinventing itself as some sort of blockchain one. That announcement was enough to send its stock up as much as 500 per cent even though there was no reason to think a company that couldn’t make a profit selling soft drinks could do so with a technology it had no expertise in. But Nasdaq has since said it will delist it for allegedly trying to “mislead investors” with what turned out to be its non-existent blockchain plans. And it wasn’t the only company guilty of using blockchain as a final Hail Mary: Kodak and Atari’s efforts at mining some mojo from cryptocurrency also backfired.

Now, the crux of the matter: if the biggest and most investable manifestation of blockchain is crypto, then shouldn’t we all be investing in Bitcoin and/or altcoins (alternative cryptocurrencies launched after the success of Bitcoin sites)? In a word: maybe. Bitcoin, or BTC, was the first application of blockchain and in the eight years it has been around there has been a flurry of competitors entering the space, including Ripple, Litecoin, Bitcoin Cash, Stellar, and of course Ether – which of all the non-Bitcoin currencies is the most attractive due to the fact it’s now the platform of choice for ICO’d digital assets (an Initial Coin Offering, ICO, is an unregulated means by which funds are raised for a new cryptocurrency venture) – but BTC is still the gold standard and its market cap of 186 billion USD (compared to 270 billion USD for all the other currencies combined) demonstrates that. Consequently, if you were making a speculative investment and wanted to mitigate your risks by going for the biggest, both in terms of market cap and daily trading volumes, BTC would be your crypto of choice. It also won’t hurt that BTC is the fastest-growing asset in the world today, having posted a 13-fold increase in 2017 alone. Sure, this year has seen it come crashing back down to Earth, due in no small part to a newly emerging drive to regulate the cryptocurrency market and curb the many market manipulations that helped push cryptos to dizzy, grossly inflated heights, but it’s still a decent long-term play.

Yet, as the saying goes, you’ll need to be prepared to “HODL” (or hold on for dear life) if you’re to ever make it to the “moon” (a rallying cry for a crypto’s price to rise sky-high), because cryptos are inherently fickle and volatile. Oh, and Warren Buffet’s not a fan: “The idea that Bitcoin has some huge intrinsic value is just a joke in my view,” he once said. Goldman Sachs is also spreading FUD (fear, uncertainty and doubt). Steve Strongin, their head of global investment research, said it’s “unlikely” that any of today’s digital currencies – and that includes BTC – will survive in the long run. So you’d do well to keep your wits about you and remember that the first rule of crypto club is to never invest more money than you’re willing to lose. The second is to never forget that cryptos aren’t corporations, they’re representations of value or assets within a network and their viability is not based on generating revenue but on the participation of the community (users, miners and developers). Finally, don’t be alarmed by the high correlation between the many different cryptos: new currencies don’t seem to reduce the value of old currencies, rather they all move as a single asset class.

You’re probably now wondering why, given the risks, so many people are ploughing their money into these investments. The reason is that, at its essence, the rush to invest in cryptos is not really about what the currency is, or how much it’s worth, it’s more about what the currency stands for. Fundamentally, there are millions of people around the world who feel they missed out on the first wave of the internet and they see this as a moment they won’t be left behind from. It may be a gamble, but the upside potential could be stellar.