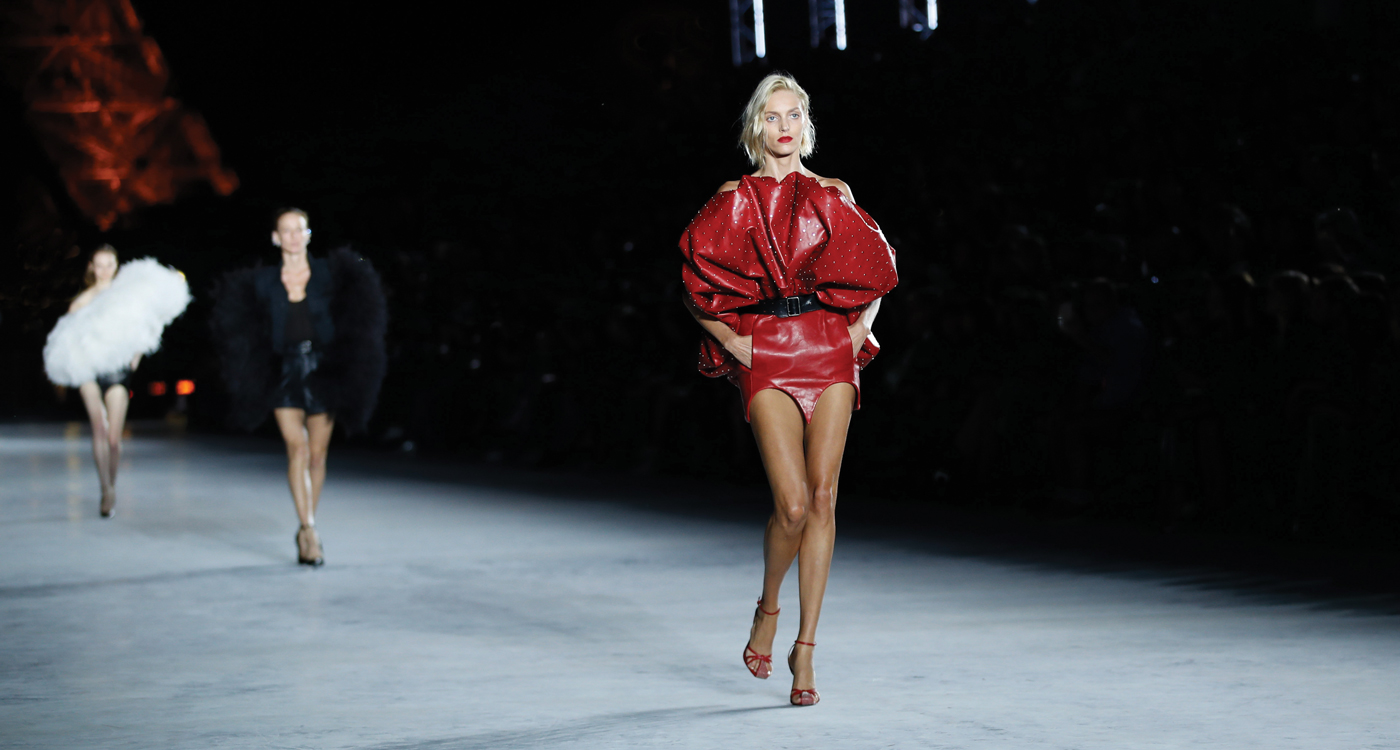 Anthony Vaccarello is Exactly What Yves Saint Laurent Himself Would Have Hoped for From a Successor
January 1, 2018 Nadia Michel

What do you get when you take a 35-year old Italo-Belgian who honed his skills under Karl Lagerfeld at Fendi, before launching his eponymous label two years later, and who then worked for three years with Donatella Versace before being made creative director of Versace’s Versus label, and who has since been given creative reign at the legendary house of Saint Laurent? The answer is one majorly hot talent. “What Anthony does is very close to my work,” said Donatella Versace about her friend. “My woman is cool and sexy, and to combine those two things is not always easy… Not many have this quality of combining very cool and sexy. But it’s what women and men want.” One thing women, and surely men, needed according to Vaccarello, was the return of the mono-boob dress. Back in 1990, Yves Saint Laurent caused what New York magazine called fashion’s ‘scandale du jour’ when he debuted that nipple-baring dress as part of his Spring/Summer collection. Twenty-five years later, Hedi Slimane kept the ball rolling when he too sent a model down the runway in a dress baring her left breast. And when Vaccarello presented his first collection as Creative Director for Autumn 2016, he continued where the others had left off with a mono-boob dress in what was seen as a rite of passage rooted in tradition – although he added his own unique stamp via a surprisingly demure nipple-covering glittery pasty. While he has stated that he wants to avoid doing the same. 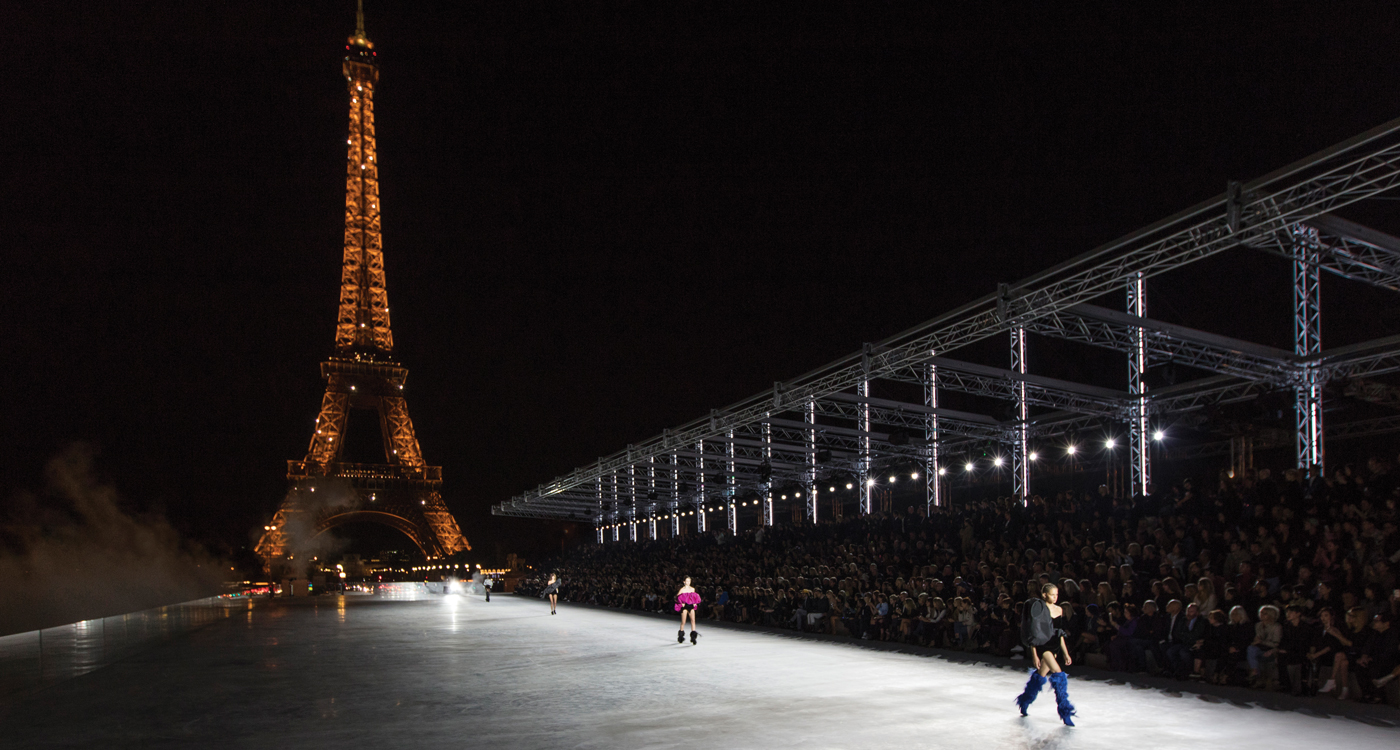 The Saint Laurent woman is a dark angel with a sensual allure and drapes herself in black-sequined dresses, shining like the asphalt after the rain.

While he has stated that he wants to avoid doing the same things Monsieur Saint Laurent did in the past, Vaccarello has hit the nail on the head when it comes to the YSL attitude – one that has modern women donning the tiniest, sexiest, and coolest dresses imaginable.“The Saint Laurent woman is a traveller who reaffirms her complex personality, full of a subtle tension,” he muses. “She is a dark angel with a sensual allure and drapes herself in black-sequined dresses, shining like the asphalt after the rain.” 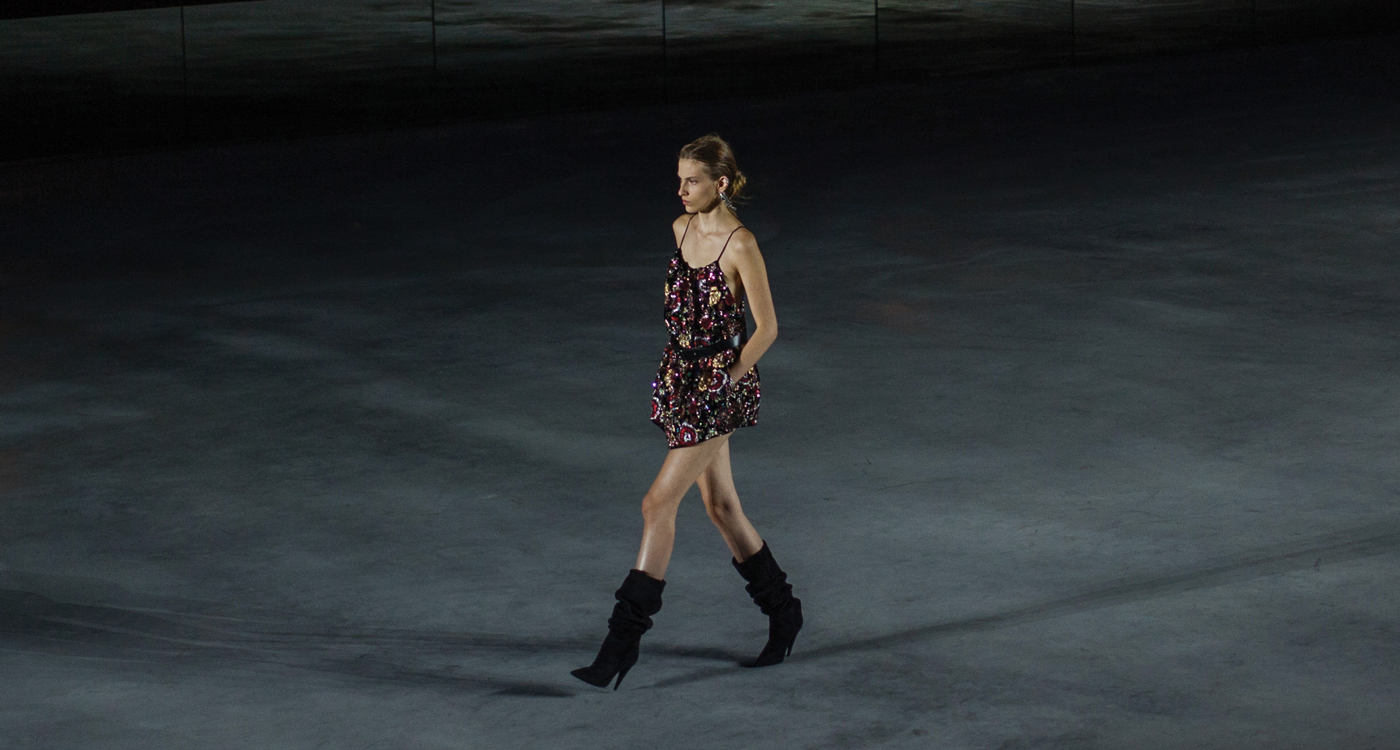 Vaccarello has made headlines for all the right reasons including some frenzy-causing, 10,000 USD rhinestone-covered slouchy boots that racked up a waiting list that’d give Damon Baehrel a run for his money.

As if that wasn’t alluring enough, his menswear collection has the it factor too. Sure, it took him a while to lay his cards on the table – presenting only one men’s look at his first show – but the fourteen looks he presented at the last Paris Fashion Week have already made their way into the wardrobes of some of the world’s most stylish men, including Lenny Kravitz and The Weeknd. His is a way less rigid aesthetic than the drainpipe legs and skinny sleeves that defined Hedi Slimane’s SL. Roomy but tailored low-rise pleated trousers, generously cut shearling aviator jackets and buttery-suede bombers are all part of the new streamlined YSL look (note the Y is back).

Certainly, in the short time since he took over, Vaccarello has made headlines for all the right reasons including some frenzy-causing, 10,000 USD rhinestone-covered slouchy boots that racked up a waiting list that’d give Damon Baehrel a run for his money, sensational cult-status YSL-logoed heels, and some extraordinarily sexy yeti boots. Indeed, it’s the brazen, raw emotion he is building around the brand that has us riveted. And love it or hate it, he has the fashion world wrapped around his little finger. 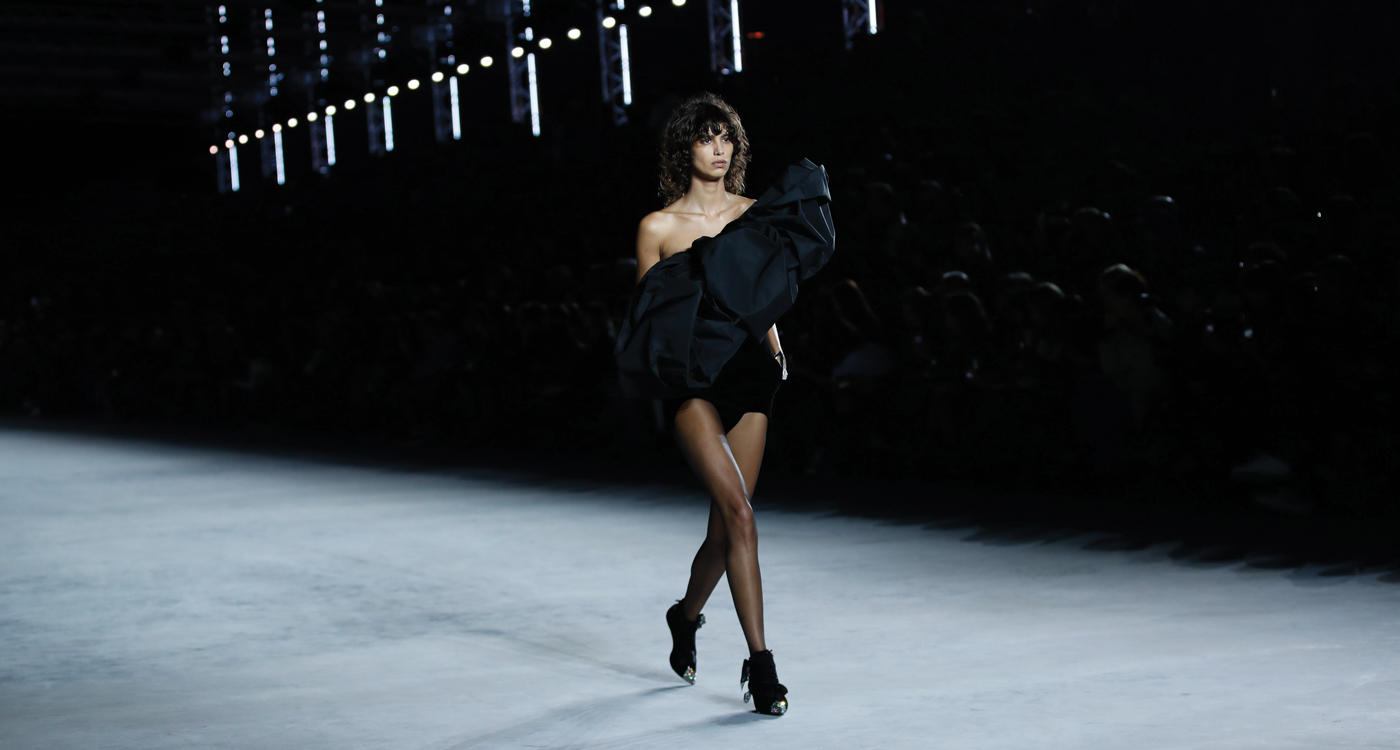