People | Design | A Behind-The-Scenes Look at Bespoke Superyacht Designers Redman Whitely Dixon or, As Their Clients Call them – RWD 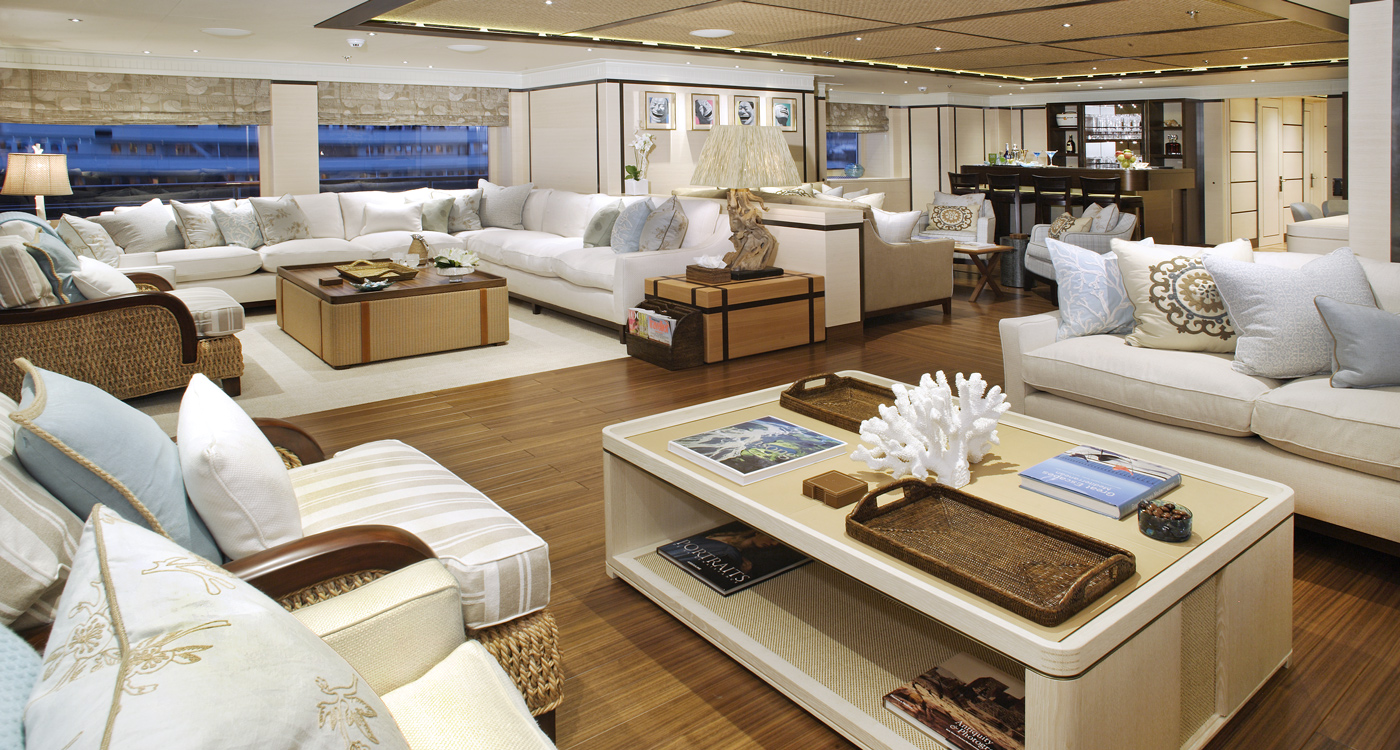 A Behind-The-Scenes Look at Bespoke Superyacht Designers Redman Whitely Dixon or, As Their Clients Call them – RWD
August 2, 2013 Dawn Gay

Redman Whiteley Dixon have perfected the ‘turnkey’ yacht design experience, homing in on every detail from the yacht’s helicopter hangar down to the captain’s cufflinks. The designers of the graceful SY Quintessential, winner of this year’s World Superyacht Award for Best Catamaran take bespoke boat design to a new level.

My assignment at Redman Whiteley Dixon HQ starts off with an unplanned tour of the deepest New Forest, thanks to my disorientated taxi driver. We stop several times along the way for errant New Forest ponies and get lost following his somewhat capricious GPS along a bumpy, pinewood lane to end up at a remote outward-bound canoe centre. Clearly, this is not RWD.

Finally, we make it and once I’ve settled my fare outside their Beaulieu studios, it’s immediately clear why a super yacht design team would want to relocate from their prime real estate Chelsea wharf to chocolate-box Hampshire. Beaulieu has all the quintessentially English requirements. A rustic old mill, a jam factory and even a local aristocrat – Lord Montagu – to boot. Perched on the banks of the Beaulieu River, it’s also appropriately steeped in maritime heritage. Admiral Lord Nelson’s own ‘super vessels’ were fashioned from local Knightwood Oak here before they set sail for that battle at Trafalgar.

WE BUILD BOATS FOR FAMILIES, SAYS ECUYER. THE BOAT BECOMES A FOCUS, LIKE THEIR FAVOURITE HOTEL OR HOUSE, SOMETHING VERY PERSONAL.

Partner Tony Dixon shakes my hand firmly and walks me around the whitewashed, high-ceilinged studio. The premises, an old electric light station, are quite apt for a company brimming with bright ideas and cutting-edge design.

He gives me the numbers on RWD. Sixty yachts have been designed in its 20-year existence, each taking a meticulous three to four years to make. These “24-hour hotels” as Dixon calls them, can range from 10-metre tenders to 160-metre super yachts and command budgets of USD 200 million, depending on volume and tonnage. Despite bottomless budgets and a clientele ranging from industrialists to royalty, Dixon is humble and wears a genuine love of design and boats on his sleeve. 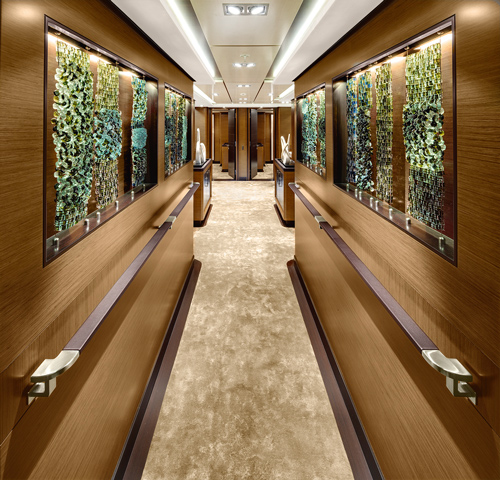 A traditionally-trained naval architect, he learnt the ropes from the master himself, John Munford. As his right hand man for 16 years, Dixon became highly skilled in joinery and traditional exteriors. “As John retired, some of his past clients came back to me, wanting me to continue along the way John had served them previously,” he reminisces, as he leads me into the bright boardroom on the banks of the Beaulieu.

Dixon isn’t alone at RWD. Three partners are now at the helm, each bringing a minimum of 20 years to the drawing board. “We all have different skills and bring different aspects to our work but we also have a lot of experience in the industry,” he continues, pausing to introduce fellow partner Toby Ecuyer, as he bursts into the boardroom. An architect by training, Ecuyer made the transition from buildings to boats at Dick Young Designs and became a RWD partner this year. Partner number three, Justin Redman, is in Paris with clients as we speak. In other words, a typical working day.

“Almost every design starts with Toby’s sketches and we all help to put concepts together,” explains Dixon as he opens a beautifully bound portfolio with pages of swatches, mood boards and architectural drawings. “More and more clients prefer having something hand made.” As he goes into detail about the interior and exterior design of these yachts, it’s clear they’re nothing short of palaces. “The creative detail on our boats is more exceptional than at most client’s houses,” he adds.

A relaxed, gentlemanly respect is evident between the two partners. “We have a rough idea of what people are after and put a palette together and watercolour impressions and this expands and expands as you get deeper into projects,” Ecuyer, clearly an exceptional draftsman, interjects.

As I browse the living space look book for the palatial 62.5 metre motor yacht Baton Rouge, it’s difficult to distinguish the sharp computer-generated designs from photographs. Ecuyer notices that I pause on his traditional sketches for a spherical multi-games table – a refreshing change after the ubiquitous digital designs. “The games table was totally bespoke for the client,” he explains, “the idea is based on games compendium with counters and dice.”

The superyacht designer’s task is multi-faceted and involves project management from client to boat yard. “Sometimes there is a specific naval architect involved as part of the team,” continues Dixon. “And we bring in interior and exterior designers and other specialists for lighting and audiovisual equipment.”

Then come the filigree-like inlays, marbles and veneers. “You do pioneer things but it’s so bespoke,” says Ecuyer, of the detail. “We design everything from the furniture, light fittings, door handles, cutlery and plates, down to the buttons on the uniforms and the crew’s cufflinks.”

At this point, I’m coveting the design for an exquisite table with bronze-cast New Forest wood, hand-picked and designed by Ecuyer. “Everything has great integrity. It’s not necessarily our taste but equally, it’s not really our boat. We use the inherent knowledge we have about boats and how they work, to achieve the right style. We don’t have a house style as such.” 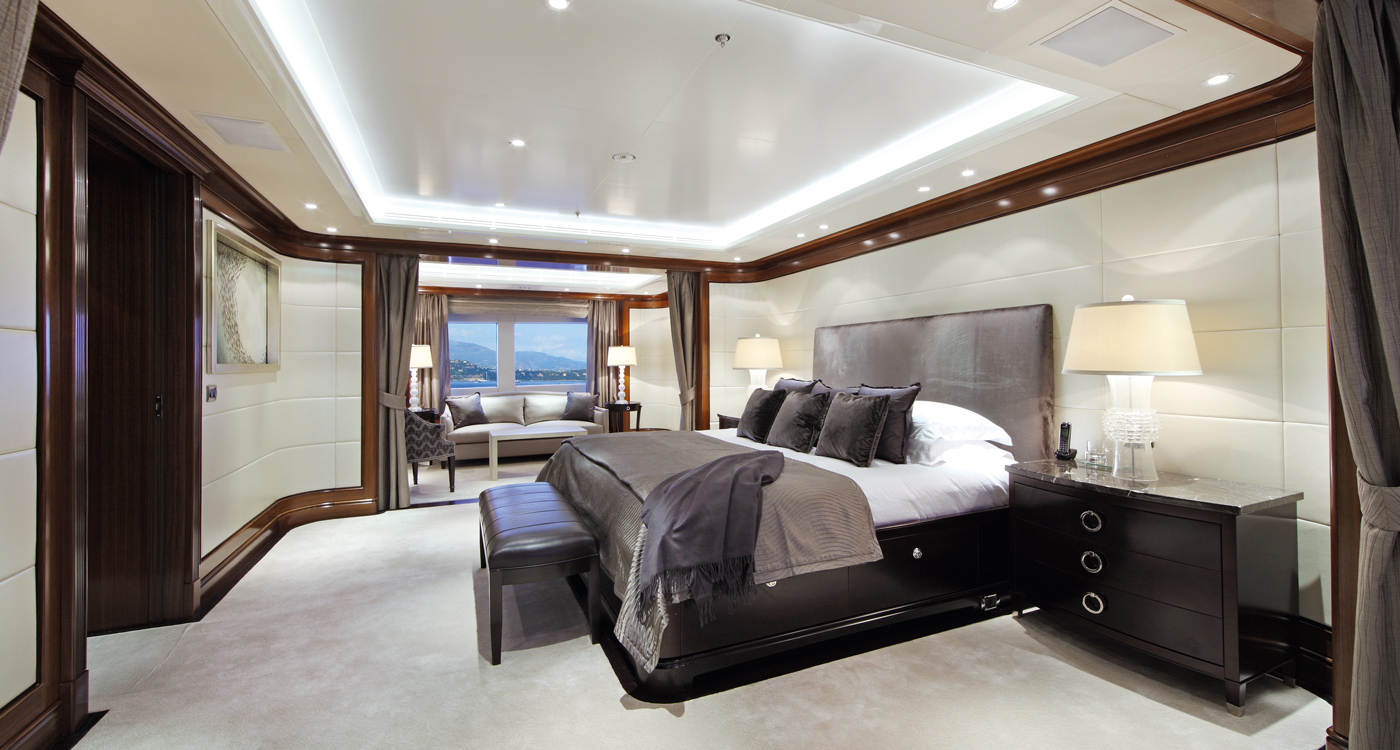 Working alongside naval architects, RWD also design complex exteriors. Dixon points out the slick scale model of the 96-metre Vava II, still the largest private yacht built in the UK. “It was a huge piece of kit,” he says. “The floor of the swimming pool moves up and down, to become a children’s paddling pool or a dance floor with LED panels.”

Pivotal to each design project is the close bond that RWD forges with the client. Their emphasis is on “playing nicely” and they are particularly closely-guarded when I push for more about their two royal yacht commissions, which they describe as “floating embassies”. “These relationships are based on a huge amount of trust,” says Dixon, explaining their caution, “and we are dealing with huge budgets and sums, which is scary if you think about it too long.”

“We use our experience and knowledge to turn their dreams into reality,” adds Ecuyer. The former architect recalls one meeting with a female client who, during the initial consultation, dropped her handbag on the table and said, “That’s how I want my boat”. Other visual ideas have evolved from simpler things like movie clips and magazine cuttings.

For all their splendour, the superyachts still have a down-to-earth purpose. “We build boats for families,” says Ecuyer. “The boat becomes a focus, like their favourite hotel or house, something very personal.”

It isn’t only clients who become attached to the boats. When the champagne bottle smashes across the bow after three years of hard work, emotions at RWD are mixed. “It’s horrible,” Ecuyer muses. “It’s a bereavement. You kind of grieve.” Dixon agrees. “It’s over, you’ve built a whole family of people around the boat and so a whole set of relationships are dissolved. But it is hugely rewarding.”