People | Design | The Chairman of the Pritzker Prize for Architecture, Lord Peter Palumbo, Explains How He Links History and Innovation 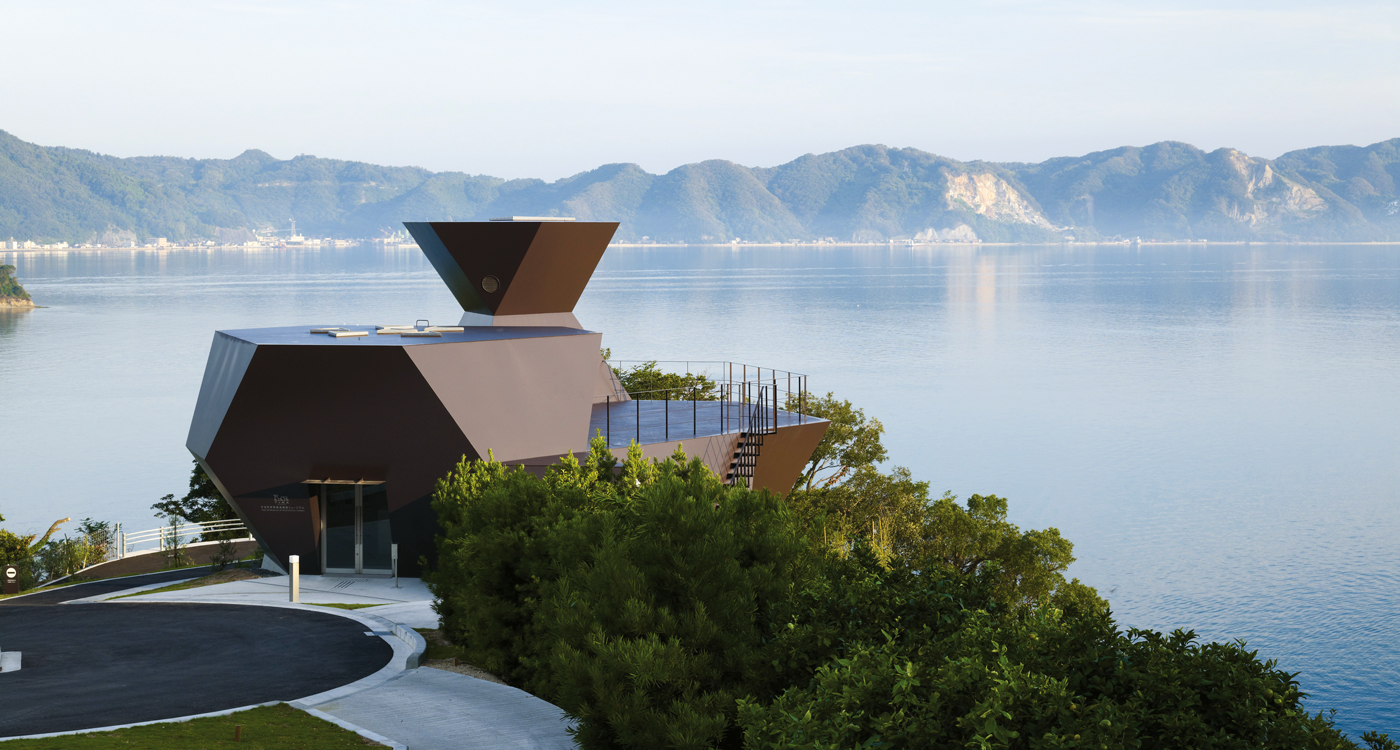 The Chairman of the Pritzker Prize for Architecture, Lord Peter Palumbo, Explains How He Links History and Innovation
August 4, 2013 Daniel Barney

Currently chairing the jury responsible for selecting, each year, one of the most prestigious recognitions of architectural mastery, the Pritzker Prize, Lord Peter Palumbo spends much of his life travelling the world, visiting the great works created by today’s shapers of space.

For decades, Lord Peter Palumbo has had his sights set on visionary architecture. He is fascinated by thoughtful crafting, by feats of engineering that harness the ephemeral and physical of each site. Having served on the Art Council of London during Margaret Thatcher’s divisive tenure as PM, public service is only part of his career as a connoisseur and patron. His battles for public art funding won him the reputation of a person determined to win recognition for modern masterpieces. Sometimes criticised for his appreciation of the monumental, the grand and traditional, he has steadfastly continued to support great creators, both in Britain and abroad. 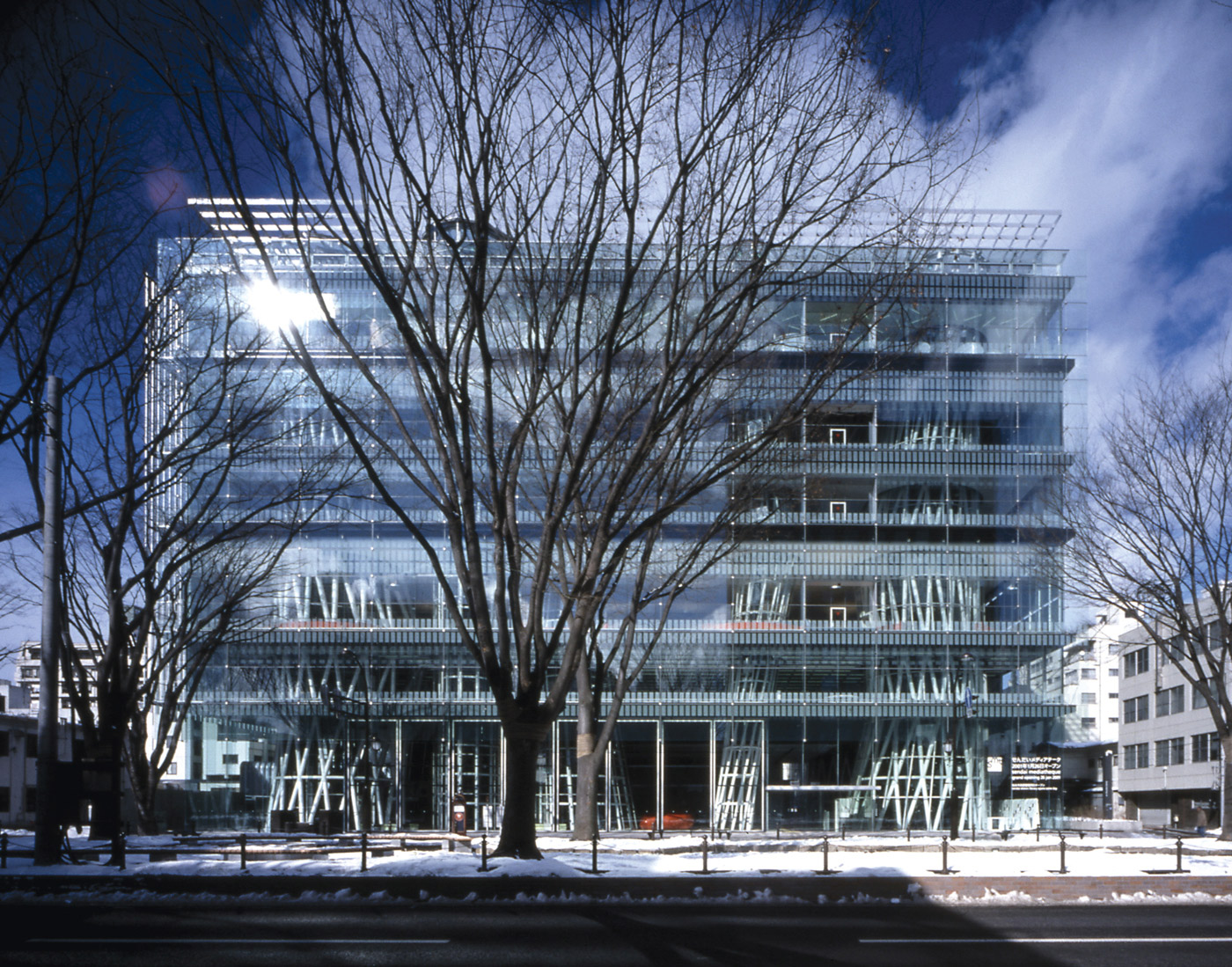 COVER PHOTO: Perched above Japan’s Inland Sea, the Steel Hut is part of the Toyo Ito Museum of Architecture, which is located on the island of Oshima. THIS IMAGE: Also designed by Toyo Ito, the Sendai Mediatheque is a library in Japan that was completed in 2001.

His office is nestled in Central London, along the Thames in Chelsea. Appropriately, his neighbourhood is historic, placid and well-kept. Regular injections of capital have kept it pristine in the midst of metropolitan tumult. Wandering up to the nondescript building and welcomed into a small office by his assistant, I enter a space dominated by a leather-topped, dark wood desk at its centre. The encircling walls are filled with framed images. Hiroshi Sugimoto, a celebrated black-and-white photographer, has contributed two. One is of Lord Palumbo’s former home, the Mies van der Rohe-designed Farnborough House. Two models designed by Richard Rogers, a Pritzker prize-winner, sit on pedestals. A large coloured print of another van der Rohe building hangs between them. Palumbo’s office reads as a place of living inspiration. Photos of him with his family, British royalty and architects like Zaha Hadid adorn the desk and tables: a chronology of interests and experiences, encounters and relationships with those whose creativity and erudition inspire the world. 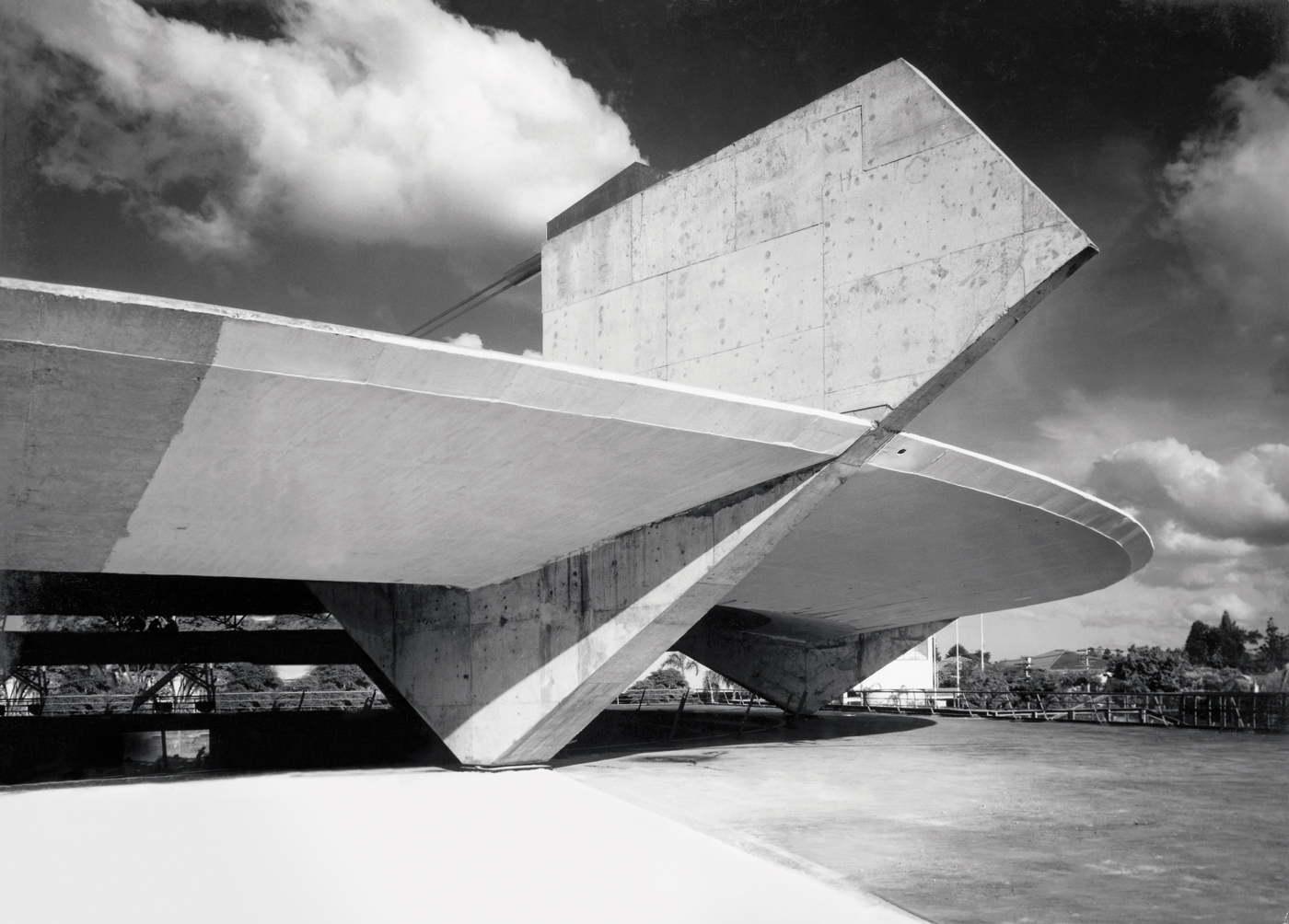 Lord Palumbo was born just before the onset of World War Two. He recalls his relationship with his mother, an accomplished pianist and violinist, who gave him a taste for music, from Beethoven to 20th century jazz icons like the late African-American pianist, Earl Hines. Through the breadth of his education, he was taught to embrace things that might seem not just innovative but shocking.

“Our home was full of music,” he says, as we chat “and I think that must have been where my passion for architecture came from the rhythm, cadence, proportion, rigour. The mathematics of music has an enormous affinity with architecture. It’s the same.” Palumbo feels a space through its physical presence as well as though its auditory dimensions and says that when he is in a powerful, well-crafted space, the architecture sings.

In 2005, Palumbo joined the distinguished jury of the Pritzker Architecture Prize. Founded in 1979 by the Pritzker family, a name synonymous with the Hyatt hotel chain and the Hyatt Foundation, the award has accumulated recognition through its steady acknowledgement of mastery in the field of architecture. Its overriding goal is to inspire creativity in the field in future generations. The award shines a light on the careers of great men and women and their pioneering visions of constructed space and the ways we inhabit it. As Chairman of the jury, Palumbo sees himself as an important link between history and innovation.

“Very few architects and artists can be unaffected by the past. The past is integral to the present. And to disdain a knowledge of it is to diminish the product of the present, let alone the future,” he says. “This prize represents excellence in the field. The way it has made an impact not only on other architects but more importantly, on the students who study their work worldwide, it has a sort of aura around it.” We watch the selection process, as he says, at times dissenting with the decisions made but nevertheless caught up in the drama of the choice of one man or woman over another.

Past recipients include legends like I.M. Pei, Oscar Niemeyer, Norman Foster and Richard Rogers. Since Palumbo has been involved, he has applied himself to rediscovering some of those who should have been celebrated long before. Paulo Mendes da Rocha of Brazil, is one of them. Awarded the Pritzker in 2006, da Rocha’s career began with an early work that highlighted his unique approach. The São Paulo Athletic Club, finished in 1957, is a grand concrete structure of striking geometric shapes, circular in form, its roof seemingly suspended on the wind. Da Rocha was president of the Brazilian Institute of Architects and taught architecture at the University of São Paulo. He has regularly been celebrated for his contributions to the public realm and is known for utilising steel and concrete to create immense and powerful forms. 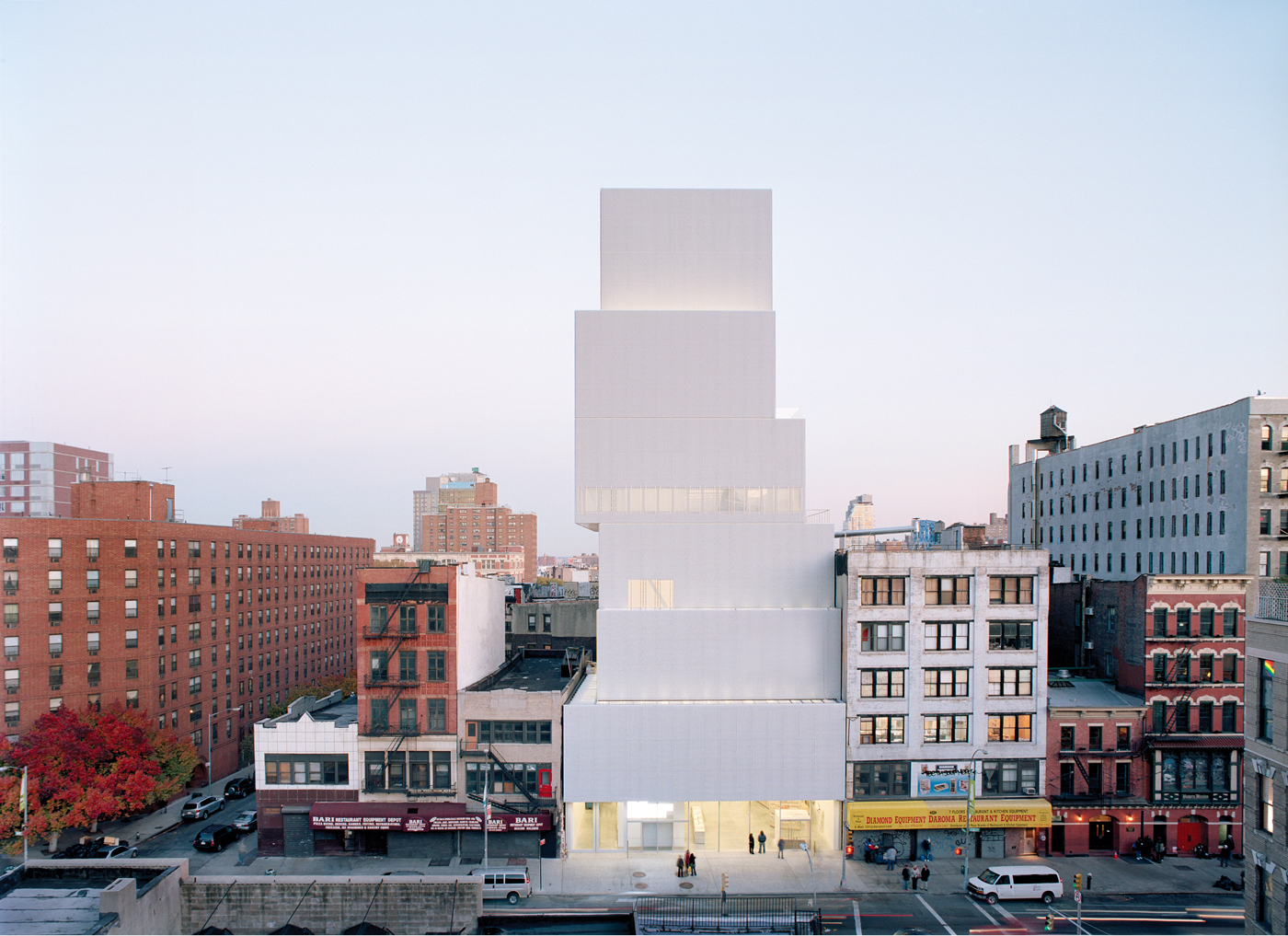 A patron of the London arts scene, Lord Palumbo has served as trustee of a number of prestigious galleries, including the Tate, the Whitechapel and the Serpentine. He was also commissioned by the sculptor Henry Moore to build a stone altar for St Stephen Walbrook.

“He’s a case in point, actually,” Lord Palumbo adds, referring to da Rocha. “He had been forgotten. Choosing him illustrated why we were looking at architects who had been overlooked and to a certain extent forgotten and who should have been recognised. We were putting the records straight in a sense.”

In 2012, the prize went to Wang Shu, a lesser-known architect, at least outside his native China. The first Chinese citizen to ever be awarded the Pritzker, the decision was also a turning point for the award itself, drawing attention to an architect who had gone unrecognised by many of the jury members. In China, Wang is heralded for anchoring his structures in the landscape and their historical context. His selection is a point of pride for Palumbo and stands as proof of the evolving nature of the prize.

“Maybe it started with Wang Shu as the tipping point. It was a little bit risky because nobody knew very much about him but I will tell you he is a very considerable architect. He has no staff. His studio is just himself and his wife and one building a year. And that’s it. It’s extraordinary.”

This year, it was the turn of Japanese architect Toyo Ito. He has been hailed for conjuring new modes of construction. For example, buildings where the outer skin acts as the supporting structure, like the TOD’s building in Tokyo, which was finished in 2004. Two years before, one of Ito’s previous apprentices, Kazuyo Sejima and her husband Ryue Nishizawa were awarded the prize. The duo are the architects behind New York’s New Museum and the recently constructed Rolex Learning Centre in Lausanne.

As our interview finishes, Lord Palumbo draws my attention to another kind of architecture – one that I was not expecting. He explains that with all these great awards for monumental structures, maybe our focus should turn elsewhere as well, in an attempt to reflect the moment in which we live. “I think more attention should be given to architecture that may be temporary, may not be permanent. We should consider architects who work in disaster areas and can put up a house for people in need, for USD 400, made out of paper or cardboard but beautifully executed. I think that social conditions in the world today should be more carefully addressed and considered, anything done to raise awareness and meet those needs should be adopted.”

He may have a point. With so much of interest going on beyond the traditional focus of architectural prizes, our attention might need a little tweaking to bring into focus the intricate structures and innovative materials that are being used to help people survive tragedy, rather than simply making a statement. But for now, the Pritzker will likely continue along the line it has followed since 1979, drawing attention to the work of some of the greatest shapers of space at work in the world today and Peter Palumbo will continue to let his senses guide him to the buildings and ideas that sing the sweetest melody to his ears.