Once the capital of the old kingdom of Oman, Mleiha is now part of the UAE and it happens to be a treasure trove of ancient sites and artefacts. As a result, the Sharjah Department of Antiquities has built a stunning new archaeological centre to attract tourists and residents alike.

In the sweeping desert of Sharjah, about an hour’s drive from Dubai but far removed in spirit from the glitz of that coastal metropolis, lies the sleepy village of Mleiha, home to the Mleiha Archaeological Centre, UAE’s newest landmark and the one most steeped in the region’s history.

Designed by Dabbagh Architects and opened to the public in January 2016, the 2,000 square-metre Mleiha Archaeological Centre marks one of Sharjah’s first steps toward protecting and promoting its history and its environment. “The project was born out of the desire by HH the Ruler of Sharjah to showcase the wealth of the ancient archaeological sites in Sharjah,” says Sumaya Dabbagh, who founded Dabbagh Architects in 2008. “These were uncovered as a result of years of investigation by the Sharjah Department of Antiquities. It is part of a large master plan and ecotourism project undertaken by Shurooq [the Sharjah Investment and Development Authority], which aims to protect the archaeology, environment and wildlife in the Mleiha region.” 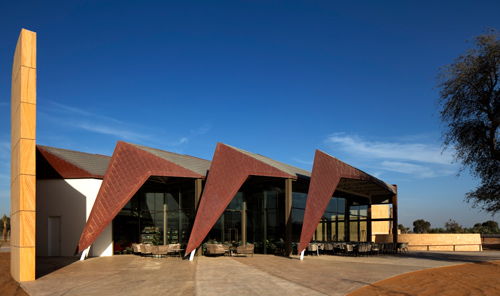 A Saudi national who moved to the United Kingdom at age 13 and later studied architecture at Bath University under the guidance of Peter Smithson and Sir Ted Happold, Dabbagh worked in London and Paris in the early 1990s, prior to moving to Dubai. There, she spent seven years at Schuster Pechtold and Partners before branching out on her own. “My first big project was the award-winning Children’s City Project, where I was Project Architect while at Schuster Pechtold and Partners,” she says. “Since then I have completed a diverse range of projects, which include commercial offices, retail, residential as well as educational projects.”

But it was Mleiha that shone the international spotlight firmly on Dabbagh. “The double award-winning Mleiha Archaeological Centre building is a recent addition to our portfolio of sensitive, contextual designs with a feel-good quality,” she says. “The project is also shortlisted for the World Architecture Festival Awards, due to be announced in Berlin in November this year. It is certainly the highest profile project for Dabbagh Architects to date.” 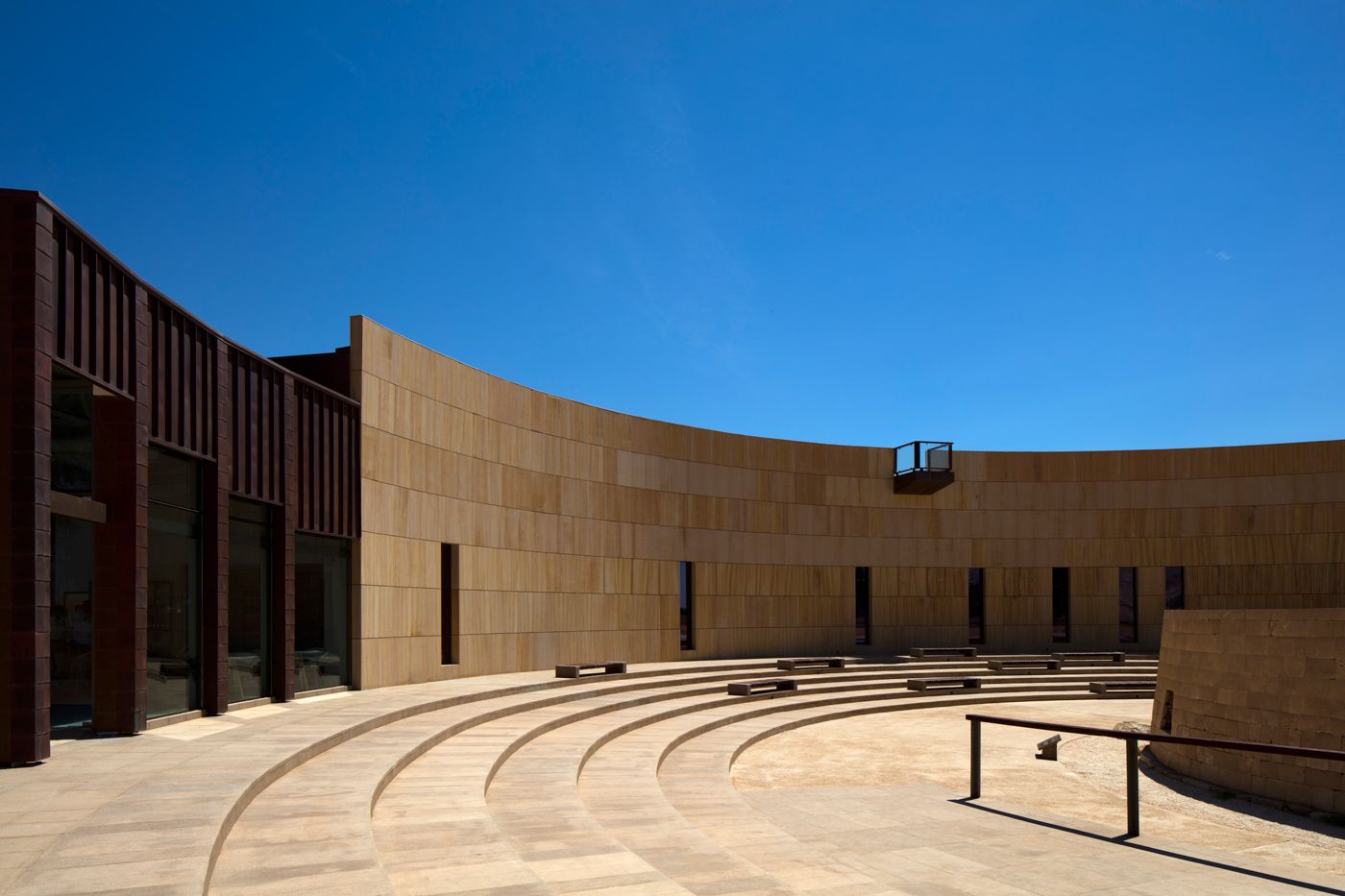 Designed to meld rather than compete with its surroundings, the Mleiha Archaeological Centre boasts a graceful semi-spherical shape that’s a bit reminiscent of the Roman amphitheatres built during antiquity. “The shape of the building grows out of the ground organically and subtly, with a ramp that allows visitors to view the [mid-Bronze Age] tomb and the surroundings from a roof terrace,” Dabbagh says. “Internally, the fluid layout and curved walls guide the visitor through the three main spaces: the lobby, the exhibition hall and the café. These spaces offer connection and glimpses into the surroundings, maintaining a constant reference to place and time. The experience culminates at the café, where the space opens out, like a desert rose, into the magnificent view of Fossil Rock mountain [where you’ll find caves that date back to early and late Stone Age periods], as well as the desert beyond.”

From the beginning, Dabbagh sought to integrate her design into the surrounding area, and to that end she chose materials that would echo the region’s expansive desert. “We used materials that would complement the surroundings, such as sandstone cladding for the exterior walls, and copper cladding over the café that would start out as green until the environment reacted with it, creating the dark brown patina you see today,” she says. Respecting the setting was at the core of Sabbagh’s design vision. “The placement of the building was considered very carefully as it was felt that it must respect the historic nature of the site, its setting and its potential as a World Heritage Site,” she says. “The setting’s most striking elements were the ancient tomb and the spectacular Fossil Rock that inspired the design.” 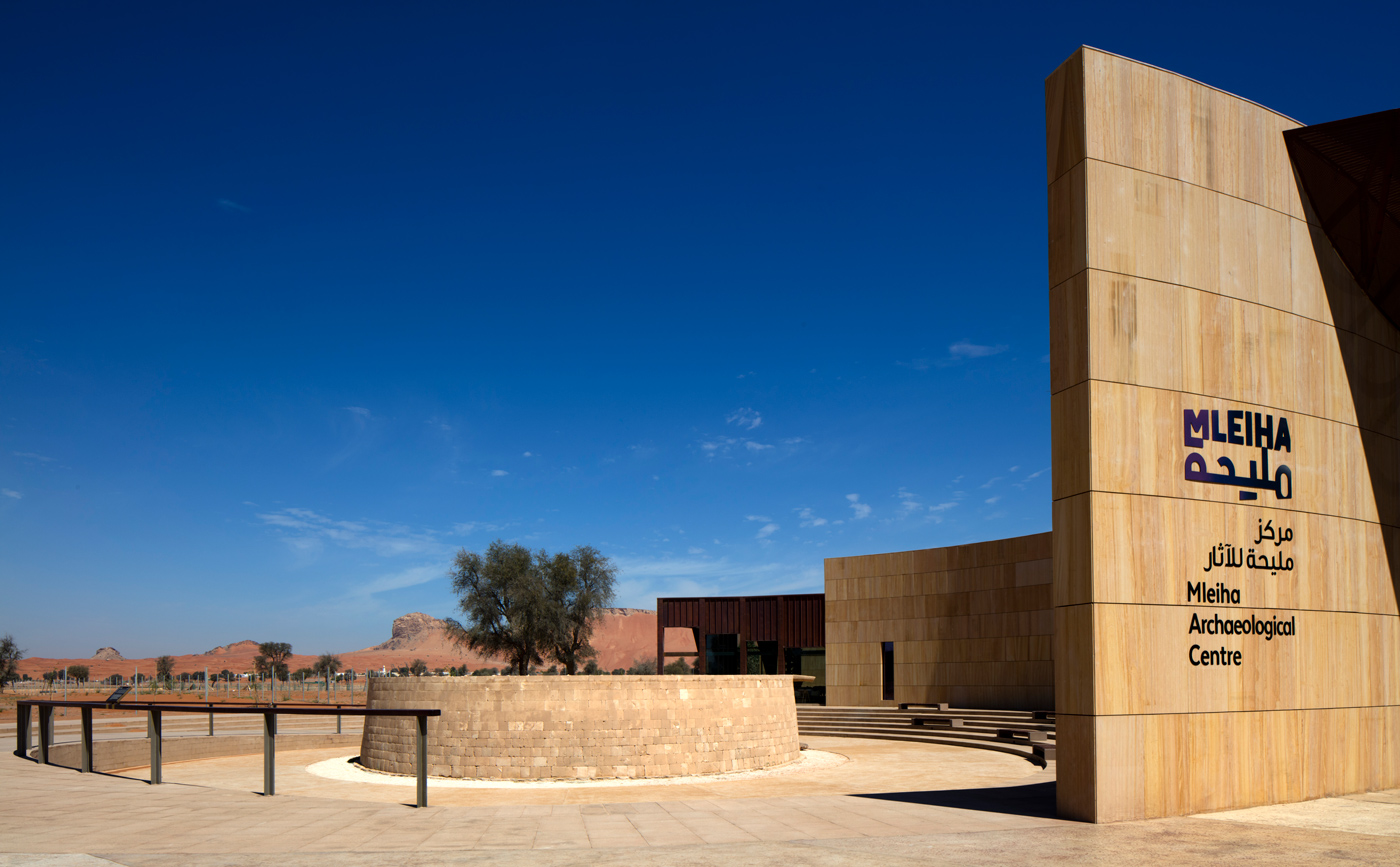 When imagining the Mleiha Archaeological Centre, Dabbagh looked to the tomb and she then let her design radiate outward from this existing structure. “The form of the building, generated from the circular tomb, is a series of concentric sandstone walls that blend into the red sands landscape, leading the visitor to the tomb as well as into the building’s entrance,” she says. “Through these design methods, we sought to create a building that did not overpower the tomb, but instead celebrated and complemented it.” In a way, Dabbagh gave voice to the tomb, allowing it to extend its reach and communicate with its unique setting.

As Mleiha continues to garner critical acclaim, Dabbah is busy creating other exciting structures for the GCC. Next is a spectacular new mosque – Dabbagh Architects’ first in UAE.