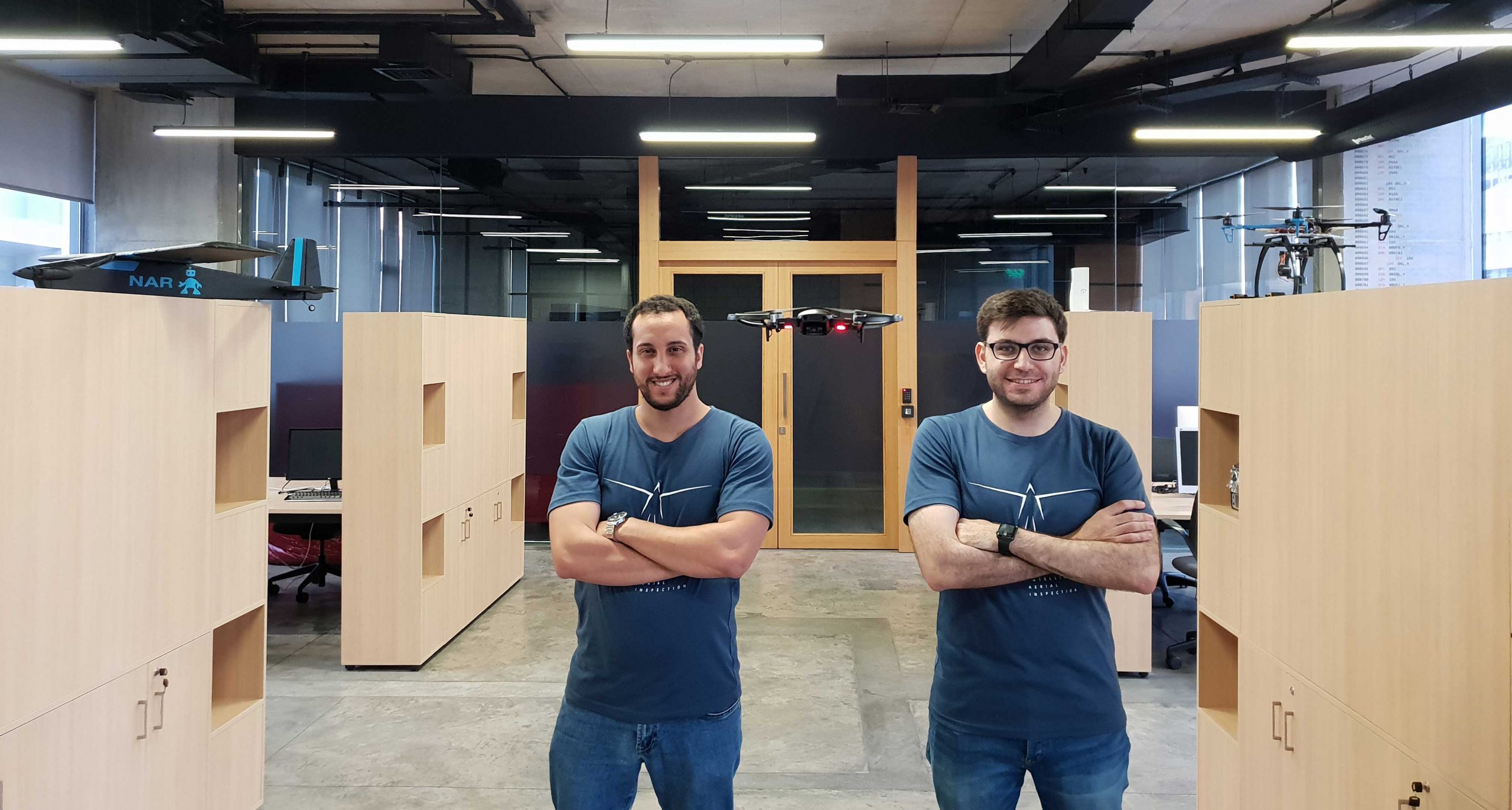 It’s a fact that nearly all tech startups set out with the intention of advancing human society. The reason why so many fail however, is not that their purpose was non-existent, but that their purpose was too narrow. Nicolas Zaatar and Charlie El Khoury, the Lebanese entrepreneurs behind NAR (Next Automated Robots) – which was acquired this past August by B3Bar (the parent company of UAV Recon) – fell into that all-too-familiar trap when they founded their company with the aim of creating a fire-fighting drone that could detect forest fires and give an overview of the situation to the authorities. Their saving grace, according to the founders, was their ability to stay nimble and pivot their proprietary tech in order to serve a larger market. As Zaatar told us in an exclusive interview: “Pivoting is key until you find the right product-market fit. You just have to embrace your failures and learn from them. Startups don’t succeed from one day to the next, they require a lot of sacrifices and trials. So, the best thing you can do is take your product to market quickly so you can fail, learn, re-evaluate and re-build. You just have to keep doing this process until you succeed.”

As it turns out however, NAR was making waves even before they fully honed their product, as it was inducted into Beirut Digital District’s Speed Accelerator after capturing Microsoft’s Imagine Cup (an annual global competition hosted by the American tech giant that calls on student developers to tackle some of the world’s most pressing issues). In retrospect, this win didn’t just help NAR gain traction, it also gave them a leg-up with seeding, which they secured from a local private equity group, Leap Ventures.

Once on firm ground, NAR was able to make several pivots and plenty of research, finally settling on the product they have today. “Nowadays, drones are being used to inspect infrastructure,” explains Zaatar. “So, for example, instead of an inspector mounting a powerline, a drone is sent to collect thousands of images of the infrastructure. Once the field inspection is complete, the inspector then spends hours reviewing the photos he captured in order to compile them into a comprehensive report back at his office. Today NAR, a software for drones that manages data in real-time, solves this problem, as it is able to cut down data management time, from over 20 hours, to just a few minutes!” In other words, NAR has been able to take the data management task from the office to the field, with just a single tap. A a result, NAR has allowed inspectors to cut down their data management time, while also facilitating projects get delivered faster and with less cost.

It’s for these precise reasons that NAR was in fact first used by UAV Recon, a leader in the aerial infrastructure inspection services, during the recovery effort missions following floods in Nebraska in 2019 (the largest flood in the state’s history). “NAR’s technology was able to reduce their reporting time from 36 hours to 4 minutes and that was critical in helping UAV Recon’s client save millions of dollars in damages and potentially save lives,” adds Zaatar.

Following that exemplary test run, the Texas-based holding company B3Bar decided to go ahead and acquire NAR, as it could add great value to its growing list of inspection service companies and software companies, and, six months later, the deal was done. The final terms of that deal have remained confidential but one thing that is certain is that the terms included rellocating both Zaatar and El Khoury to San Antonio, Texas, where they have been tasked with finding further opportunities for NAR in the infrastructure, utilities and energy sectors of large, globally-relevant markets to solve real problems using their drone tech.

But is there a limit to NAR’s potential? “The current and biggest challenge for drones is government regulations that prohibit you from flying your drone beyond the line of sight [which equates to around 500 metres]. That is crippling the technology’s development. Once these regulations are eased, a lot of opportunities for drone companies will be created and the technology will reach its exciting peak!” concludes Zaatar.

Regardless, NAR is demonstrating the viability of Arab-developed tech on a world-class level and that’s already a giant step forwards.