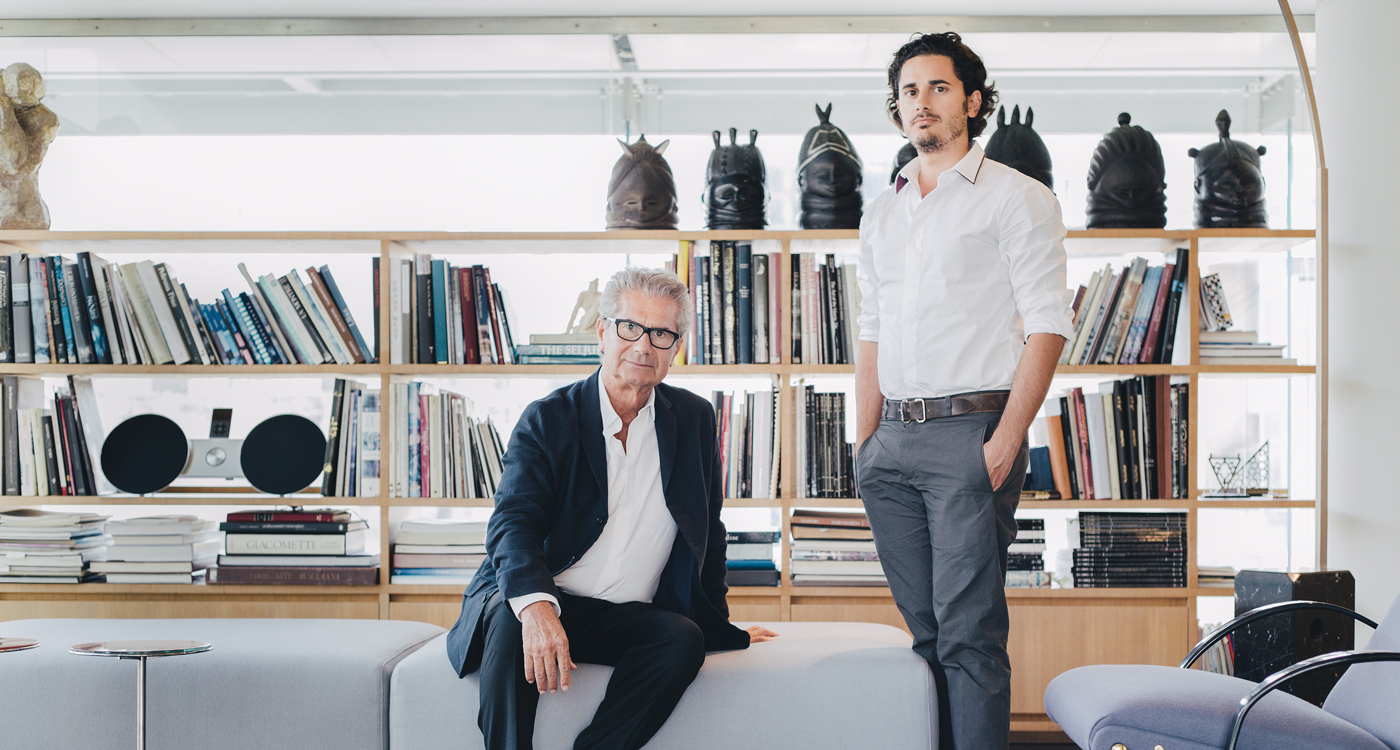 Practicing interior design and architecture out of the same office, professions as separate as they are entwined, Dada & Associates and TheOtherDada operate in a way that is interdependent but independent.

As family businesses go, the Dadas rather break the mould. Not deliberately, as the result of some hipper-than-thou marketing ‘strategy’ but simply by default. Two (and in the future, perhaps three) independent but interrelated companies under one roof, their family business with a twist is the organic result of the Dada men, Nabil and his son Adib, practicing related and yet different professions. 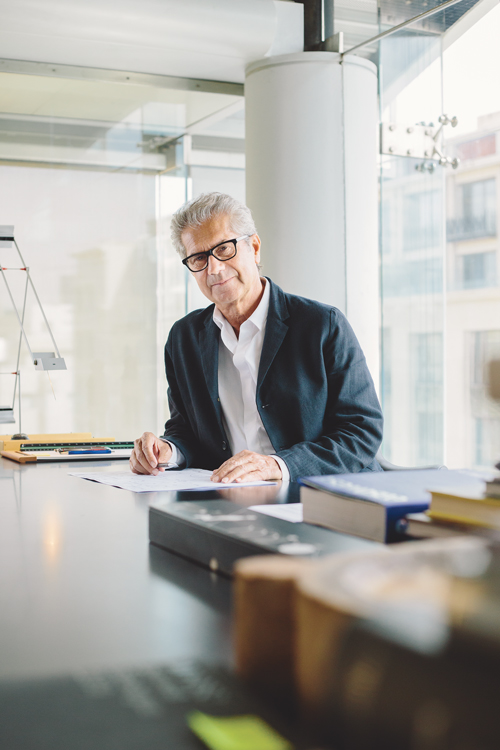 Both are designers. Nabil Dada is one of Lebanon’s and indeed the region’s, best-known interior decorators. His eldest son, Adib, is an architect with a deep interest in all things sustainable and local, who has playfully named his small practice TheOtherDada, a self-mocking but knowing riff on Dada Senior’s higher profile.

But back to the family part of the business. Both men work out of the same office, a graceful glass box at the top of the old, honey-coloured Librairie Antoine building on the corner of Patriarch Hoayek Street, overlooking the new souks. Both, from time to time, share their staff, the facilities and their expertise and both evince a genuine professional respect for the other.

“I prefer architecture to interiors,” Nabil Dada says when I remind him that he’d once told me that if he could rewind the clock, he’d do what his son does instead. “Architecture is more, I don’t know if we can say this, it’s more serious, more imposing. There’s more research. You have to consider what’s around you.”

“Studying architecture made me appreciate a lot more what he does,” Adib adds, nodding towards Nabil. “As an architect, when you’re rushing to finish a project and you give less importance to the interior, you end up with a boring, bland space which also means the interior decorator has to work that much harder to bring something decent out of it.”

While father and son have different projects and clients, they also work together more directly on some projects. One case in point is the new Beirut Yacht Club, an extremely luxurious project that, despite uncertain times, has just opened at the far end of the city’s central marina. 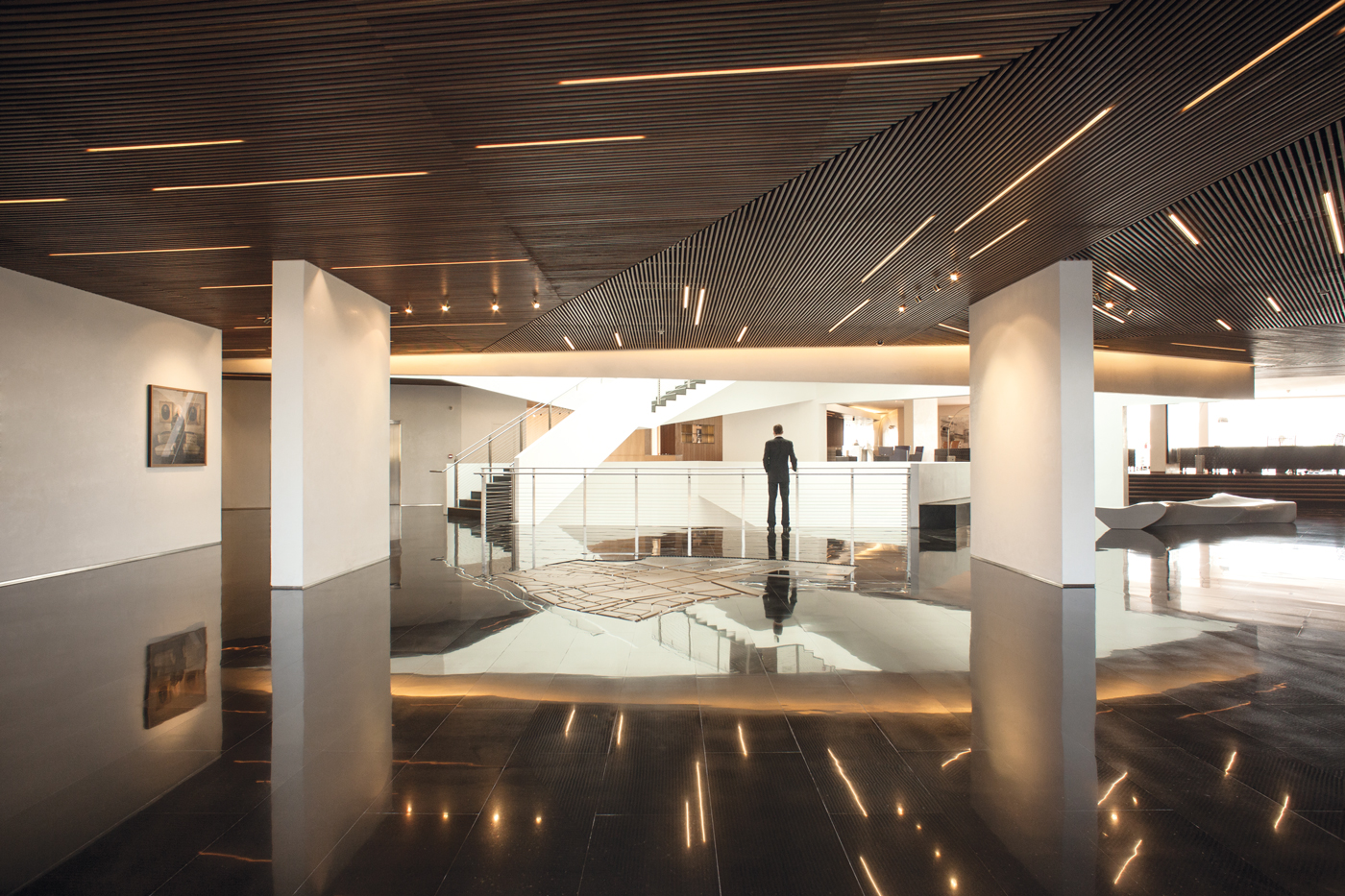 Though he first gained global recognition for his work on Beirut’s Grand Serail, Nabil Dada is as specialised in modern interiors as classical ones. Top left:Le Yacht Club across from Beirut’s Saint Georges.

Designed by Steven Holl, the interior was completely reworked by Dada & Associates, who have broken it up and broken it down to create a succession of warm but timelessly contemporary spaces; public areas for club members and small but extremely well-appointed studios and apartments for those lucky (and wealthy) enough to have been able to buy access to some of the best views along the eastern Mediterranean. For their part, TheOtherDada helped with architectural alterations and also put together a cleverly curated selection of artworks. The result of this synchronicity is an interior that is seamless and which enhances the building’s shell. 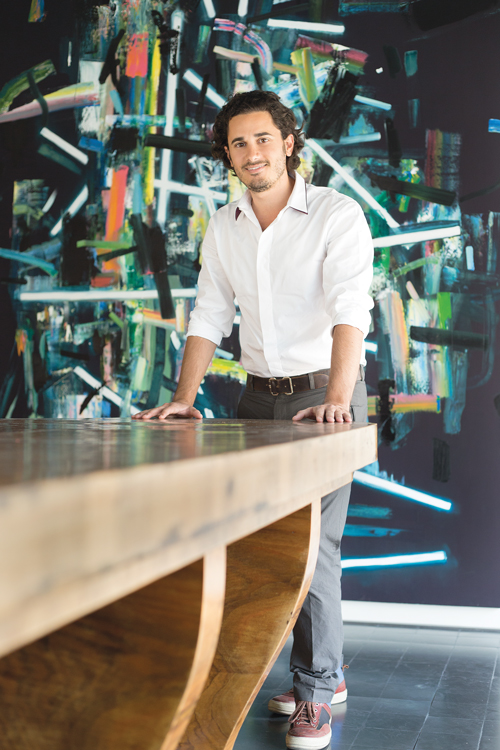 “Let’s say now with my architecture projects, my father’s approached by the client to do the interior,” Adib continues, “so throughout the project, we’re in discussion and once I finish the architecture, his practice goes more into the details of the furnishings. It’s really about that collaboration.”

Although it occupies the same space as Dada & Associates, TheOtherDada is a separate company legally and conceptually. Adib describes the relationship between the two entities as resembling an ecosystem, linked but distinct. The division seems obvious enough but I briefly wonder if it doesn’t cause confusion so when Adib tells me that sometimes people aren’t clear what he is or what he does, assuming that because of his name and choice of location, he must be a part of his father’s company, I’m not surprised. What does surprise me is that the fact that his son has chosen to strike out in a different direction doesn’t appear to bother Nabil and setting up separately doesn’t seem to be of interest to Adib.

“Of course if I really wanted to distance myself, I would have opened another office elsewhere, with a different name,” Adib explains. “For me, the most important thing was to keep the collaboration going and start something in parallel. And this is why I chose to ‘invade’ his office with my team.”

So if there isn’t a common thread to what the Dadas do, is there at least a common line uniting their design? Do father and son influence each other’s work, for example? 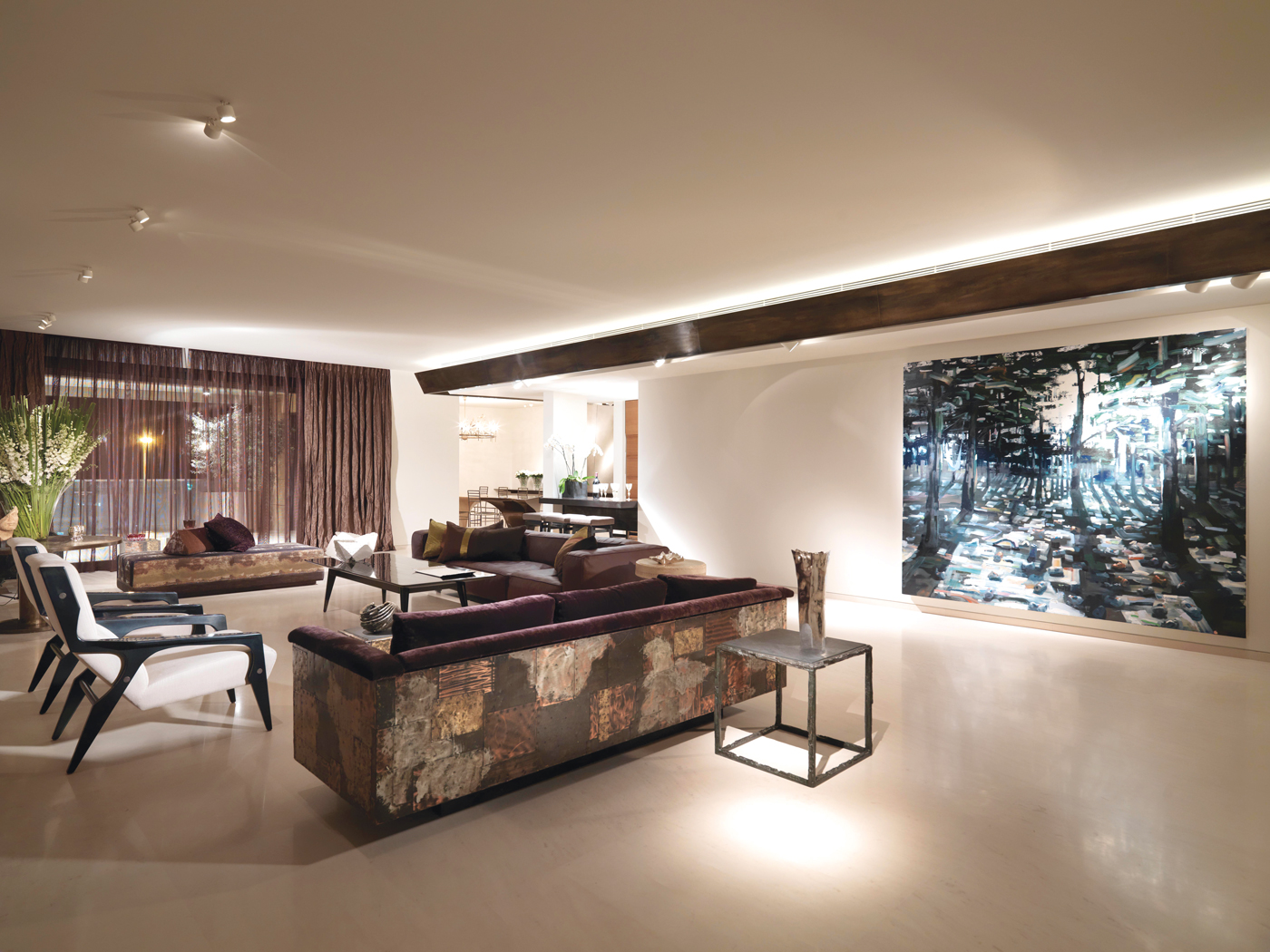 A residential project in Beirut.

“Definitely,” Nabil says. “I like the way he approaches his projects. He has a more scientific approach. He does greater research, he thinks about a lot of things that will affect the experience of living in a house.”

Adib thinks there may be a common line too. “We don’t do something just to be ‘iconic’, of that moment, but rather we aim for something that comes from a Classical tradition if you like, but which is pushed to contemporary extremes, so it keeps an element of timelessness and doesn’t fall into the trap of being gimmicky or of following a trend.”

“I accept these awkward lines that he does more,” Nabil says, with a wicked twinkle. “Before I was really all about Mies van der Rohe lines, Corbusier squares but now, I tolerate a more free way. He pushed me to that.”

However close their collaboration though, Adib has no desire to take over when his father eventually retires. That job, apparently, will fall to his younger brother, an engineering student, who both men playfully call ‘Number Two’.

Joking that his chair can be empty anytime one of his sons wants it, Dada Senior says that whoever takes over, his company is likely to evolve in a different direction. That strikes me. Most family businesses strive for continuity, not just of ownership but also of direction, yet Nabil Dada doesn’t appear to mind if it all changes. Curious, I ask him whether he would also be happy if, in a generation or two, Dada & Associates (or for that matter, The OtherDada), is no longer about interiors or architecture.

“My younger son might be more oriented to the design side of things, so the company will certainly change direction,” he says, entirely matter-of-factly. “But even if the whole company one day shifts from architecture or design, I won’t mind. As long as our name remains.”