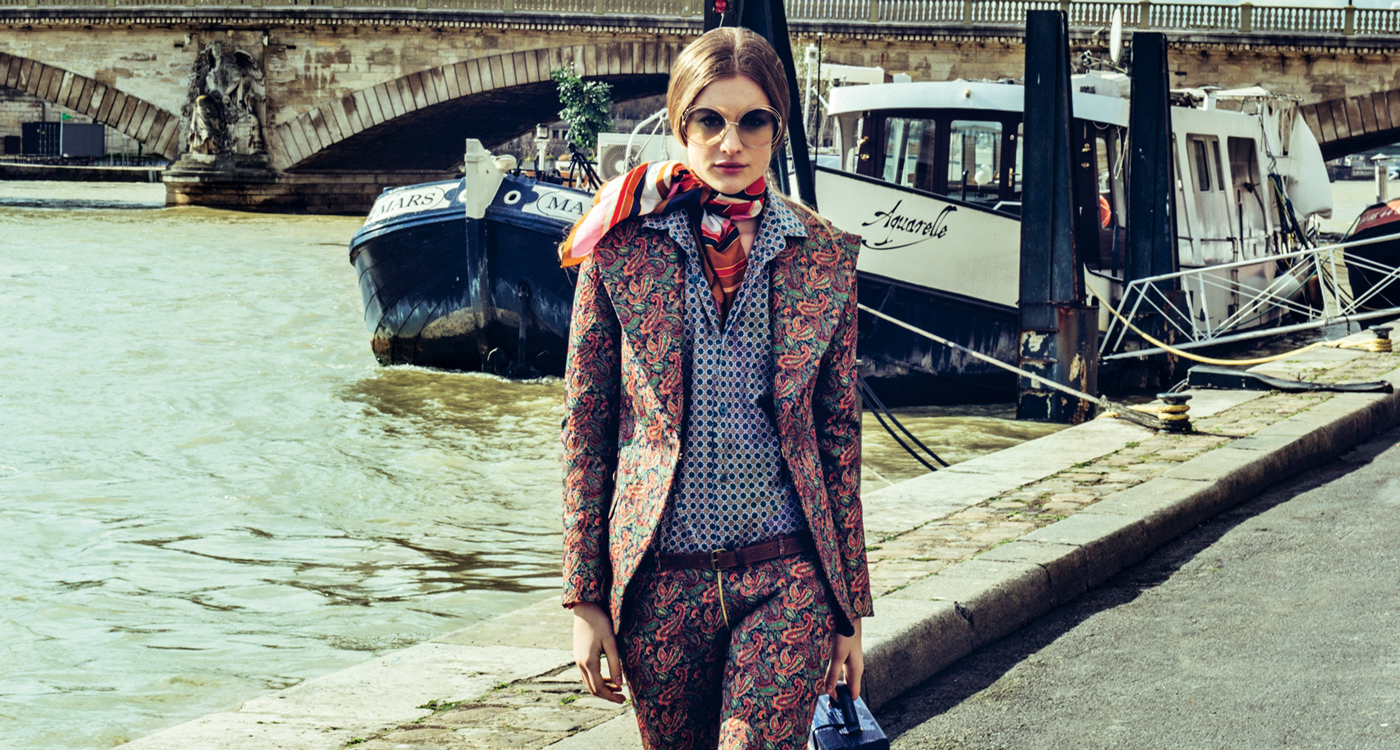 With so many social media stars turning fashion designer it’s hard to filter the good from the bad. Dubai-based Mariam Yehia caught our attention for all the right reasons.

Wearing a fitted purple Lakers tank and little makeup, Mariam Yehia at first doesn’t look anything like the colourfully fashionable woman who often appears on the Mrs. Keepa Instagram account. Speaking from her Dubai apartment late on a Monday morning, Yehia appears more unconcerned than one would expect from a socialite, with her dark wavy hair casually flipped over to one side. Though she’s clearly well kept, this sporty version of Yehia is a far cry from the highly polished appearance she normally cultivates. And even the way she speaks is a little unexpected, with a confident tone delivered through a calm but husky voice.

However, as she begins to tell me about her newly launched prêt-à-porter collection, the public persona begins to emerge – the woman-about-town who has become somewhat of a fixture on the Dubai social scene, the one who unabashedly mixes prints and colours resulting in a myriad of unique looks. She is also the same Mariam Yehia who appeared in last February’s Harper’s Bazaar Arabia’s Best Dressed issue.

“Media has served me the way I wanted it to serve me. All I want now is buyers,” she says emphatically. “You can create a buzz, but there needs to be something more behind it all.” At last count more than 65,000 people were following her Instagram page, which is filled with photographs of Mariam looking ever stylish, often with her young daughter or her Lebanese husband in tow. Though it ostensibly started as a personal account, it recently became the platform for her Mrs. Keepa collection, a boho-luxe assortment of blouses, dresses and edgy women’s suiting.

“The Mrs. Keepa woman is what we call in French tirée à quatre épingles, (dressed to the nines) but with an edge,” she explains. “No matter where she is or what she’s doing, she is unique and her style shines through.” It’s an apt description, considering the woman behind the brand. It is also a concept that seems to be catching on, with plenty of press coverage to show for it. A sleek look book shot in Paris by in-demand photographer Rachel Rebibo certainly didn’t hurt, either. 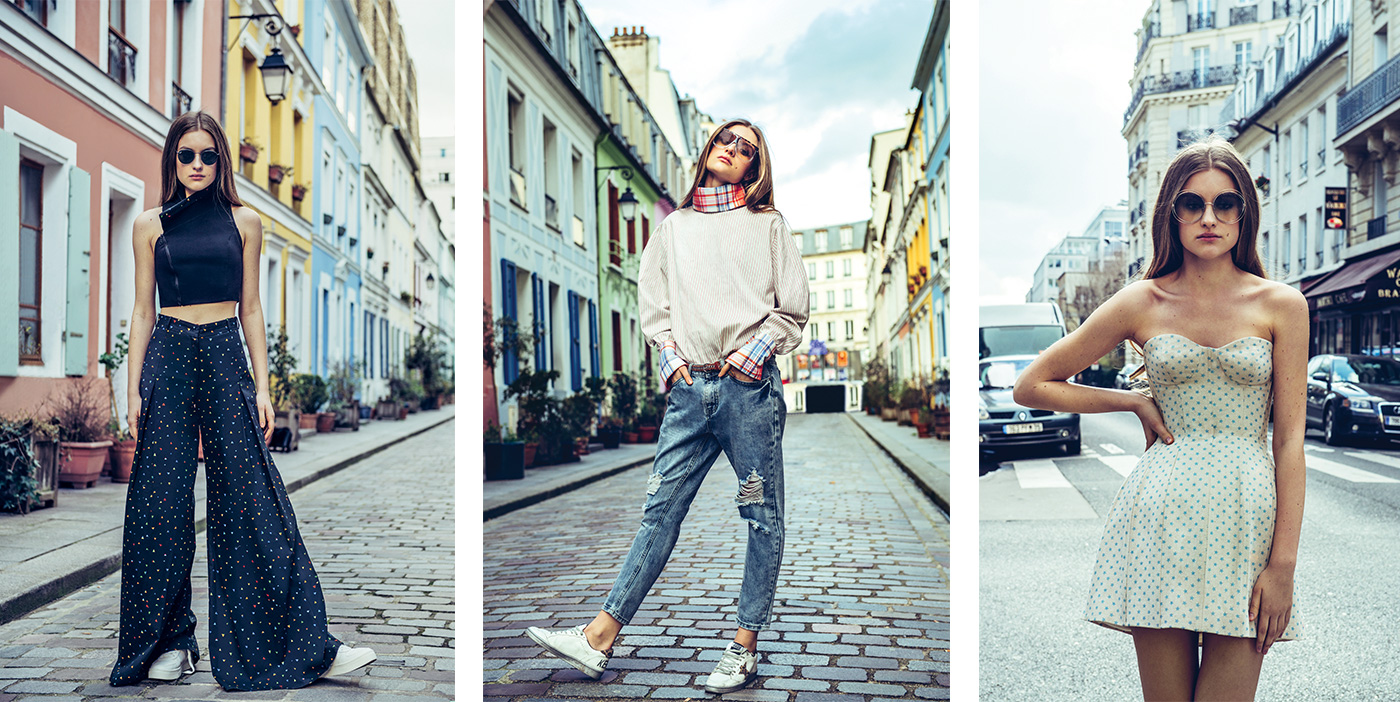 THE MRS. KEEPA WOMAN IS WHAT WE CALL IN FRENCH TIRÉE À QUATRE ÉPINGLES, (DRESSED TO THE NINES) BUT WITH AN EDGE.

Mariam is the sister of renowned Egyptian bridal gown designer Yasmine Yehia of Maison Yeya, and their mother, a talented seamstress, purportedly made all their clothes when they were children. “I don’t remember shopping until I moved to Dubai,” she confides. So understandably, Mariam chose to establish her Mrs. Keepa atelier in Cairo. But amazingly, even before she had finished her first collection, her ability to create a buzz began to pay dividends. “All of a sudden, I was getting all these calls from Paris and they were asking to have exclusivity on announcing the launch,” she recalls. It was an affirming moment for the designer, who took the plunge into the fashion industry with eyes wide open, probably because her path to Mrs. Keepa was not a linear one. Armed with a degree in marketing and communications and a minor in fashion design from the American University in Cairo, she began her career working in Dubai at the marketing and communications department of Emaar. It was during this time that she met her Lebanese husband, Bassel Komaty, who also works in media. He was known amongst his friends as Keepa due to his fearless performances between the posts during amateur football games growing up in Beirut and the moniker eventually extended to Mariam too, who embraced it to the point that she made it the offbeat identity of her new brand. 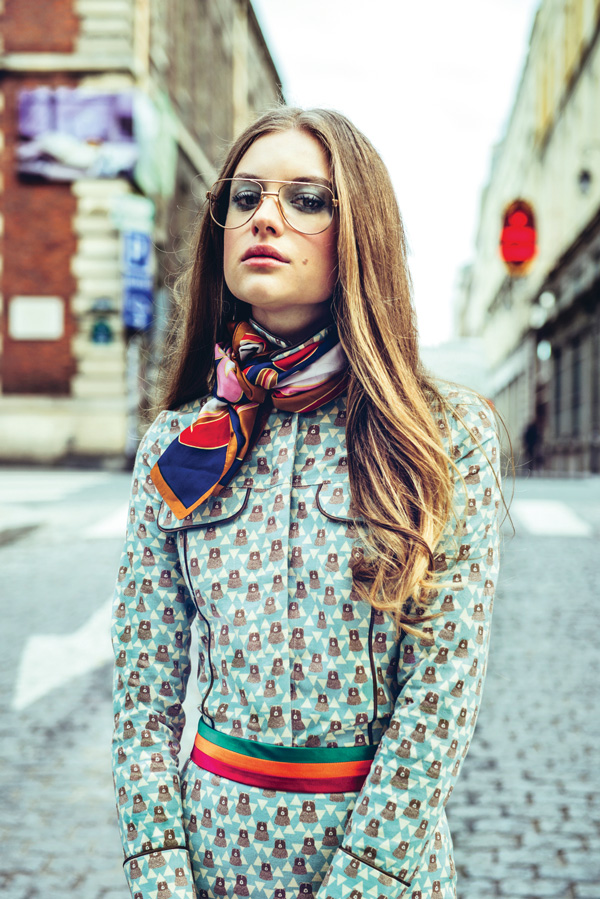 “The dream of being a fashion designer was something I never gave up on,” she says before revealing that it was during the couple’s honeymoon in Florence that she finally answered the call. “I stumbled upon a shop window full of beautiful fabrics and I was just mesmerised. I remember wanting to turn them all into dresses.” It was a metaphorical fork in the road and she did not hesitate to follow the unchartered path, emailing her employer a letter of resignation and immediately enrolling in a one-year programme at the Dubai outpost of Esmod, the oldest fashion school in Paris.

The conceptual vision for Mrs. Keepa, though apparently took a little longer. “It came to me during a trip to Paris when I was shopping for fabrics and baby clothes. I found myself inspired by the clothes at Jacadi and Petit Bateau. They were so vintage and cute, and the colours were so warm and I just wanted to wear them myself.” In a bid to conjure a similar whimsy, Yehia turned to textiles sourced from Japan and Korea, where cute is often synonymous with high style. The result is a playful sophistication with a definite 1970s vibe somewhat reminiscent of Alessandro Michele’s recent Gucci collections.

Unlike Gucci, however, Mrs. Keepa is focusing on online fashion retail and eschewing traditional brick and mortar locations, at least for now. “I’m a shopaholic, and I haven’t been to a mall in five years. I’m not a big believer in physical shops anymore,” she admits. “I mean, everything is cheaper online, and there’s more variety too. Online is killing it,” she adds, colourfully punctuating her opinion.

Then again, she is not entirely opposed to the concept, listing Selfridges and Galeries Lafayette as two places she hopes to one day supply with Mrs. Keepa. “My strategy for this collection is to keep it exclusive to the website but I am in discussions with some big retailers,” she says of her bridge brand, which typically runs in the 300 to 800 USD price bracket with some high end pieces priced at 2,500 USD.

Media coverage and a successful PR campaign were successful enough that Mrs. Keepa went through her inventory at an unexpectedly fast rate. With factories in Dubai and Paris now working with her Egyptian-made samples in order to produce greater quantities, Mrs. Keepa will soon be poised to expand further. “I don’t see a reason why the brand wouldn’t become international within a couple of years.” By the looks of it, we wouldn’t bet against her doing it either.