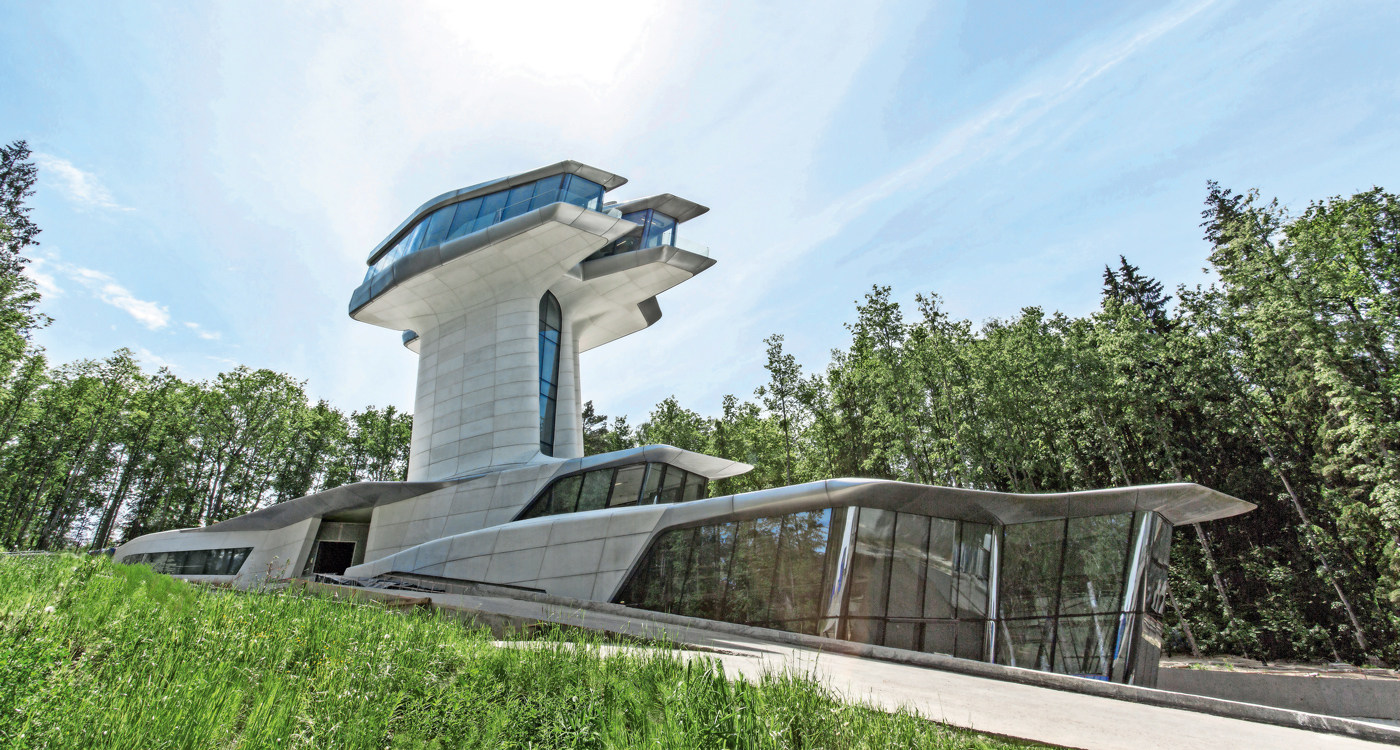 Get a Rare Glimpse at a Zaha Hadid House Built in the Heart of a Russian Forest
January 31, 2019 admin

When the CEO and owner of Aman Resorts, the OKO Group and Capital Group, Vladislav Doronin, decided to build his dream home back in 2006, he tapped the late Iraqi-British architect Zaha Hadid for the project and gave her one specific request: “I want to wake up in the morning and just see blue sky.” To that, the grande dame of architecture replied: “You realise you’d have to be above the trees?” Helmut Kinzler, project leader at Zaha Hadid Architects (ZHA), explains that all the design elements developed from this single concept. “The form of the residence is defined by its natural topography with fluid geometries emerging from the landscape and remaining partially embedded within the hillside,” he says.

Named Capital Hill Residence, Doronin’s dream home took 12 years to complete and was unveiled earlier this year. The futuristic home – it looks like a curvaceous, multilevel spaceship – is set just outside Moscow amid lush greenery. “The house is 2,650 square metres big,” says Kinzler, “and it is located within large private grounds of several acres within Barvikha Forest.”
While the residence was completed posthumously, Kinzler explains that Hadid was greatly involved in its development. “The client first commissioned Zaha to design the house in 2006,” he says. “Zaha worked with the client to develop and refine the design before construction began.”

Hadid was reportedly told that her design would be extremely difficult to execute, and it was suggested that she change her original work to create something less spectacular. She absolutely refused. 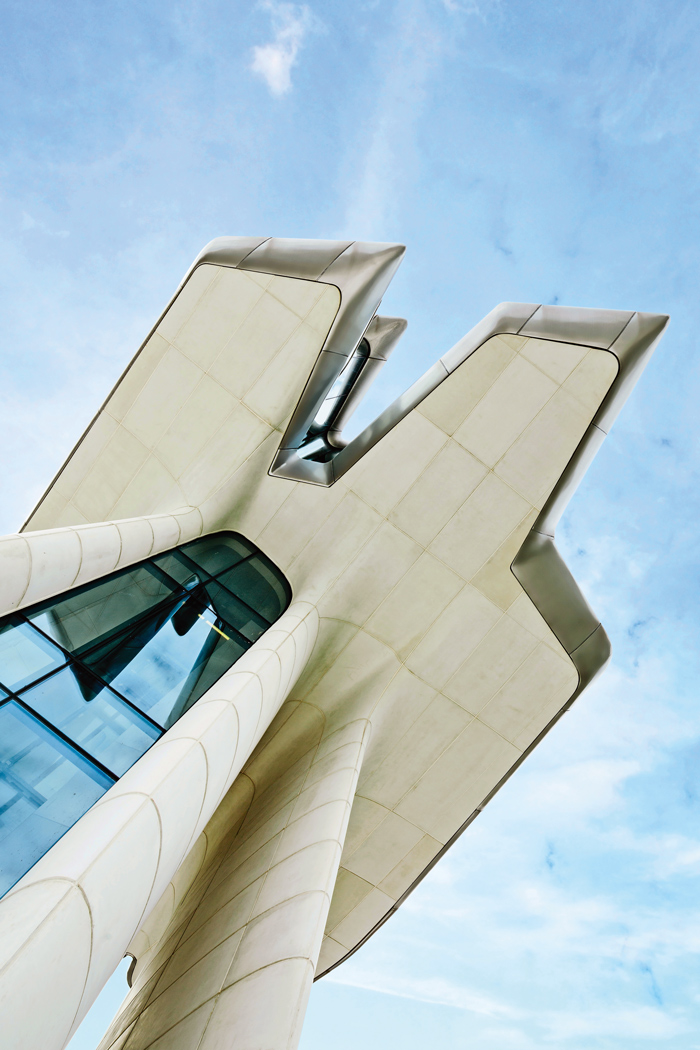 On the one hand, Capital Hill Residence is distinctive from other ZHA projects – it’s one of the only private residences that Hadid ever designed – but on the other hand, it clearly shows Hadid’s imprint, from the signature curves along its exterior to the elegantly flowing and expansive interior space. “The Capital Hill Residence is divided into two main components,” says Kinzler. “The first merges with the sloping forested landscape, while a separate volume ‘floats’ 22 metres above the ground to benefit from the spectacular views of the forest over the trees.”
These two main components, while strikingly different, still merge seamlessly into one another to form a rhythmic whole. “The two main components of the house are connected by three concrete columns that establish a dialogue between these levels while also functioning as structural elements,” Kinzler says. “Vertical shafts required for circulation and services are located between two of the columns and incorporate a transparent glass elevator and staircase. The main entrance to the residence is located on the first floor where the three concrete columns intersect with the roof, defining skylights and double-height space. The view to the forest from the living room is framed by a double-curved cast concrete structure that supports the roof while also dividing the living areas.”

Kinzler is also grateful that the house’s owner exceptionally agreed to make his private space public. “Zaha Hadid built other private residences, however these homes have remained confidential at the request of their clients,” Kinzler says. “We are very fortunate that Mr. Doronin has agreed to allow his home to be published.”

Hadid was reportedly told that her design for Doronin’s home would be extremely difficult to execute, and it was suggested that she change her original work to create something less spectacular. As you’d hope of the eminent Pritzker Prize winner, she absolutely refused to alter her vision for Capital Hill Residence and now, over two years after her passing, the dazzling Russian home is already being hailed as a tour de force, a final master stroke from one of our era’s greatest architects.