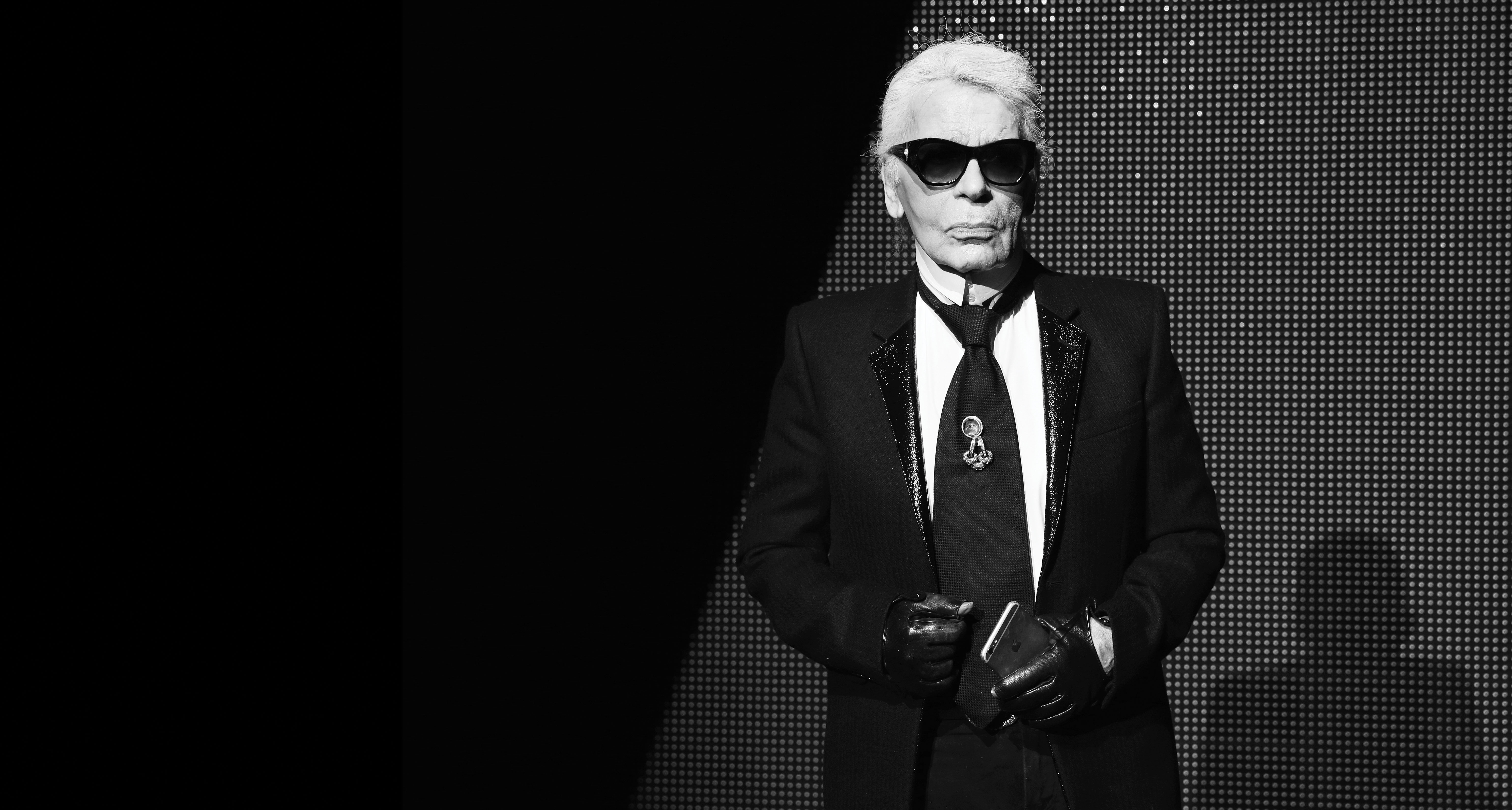 Karl Lagerfeld is The King of Fashion but Here's What You Didn't Know
April 19, 2017 Justine Picardie 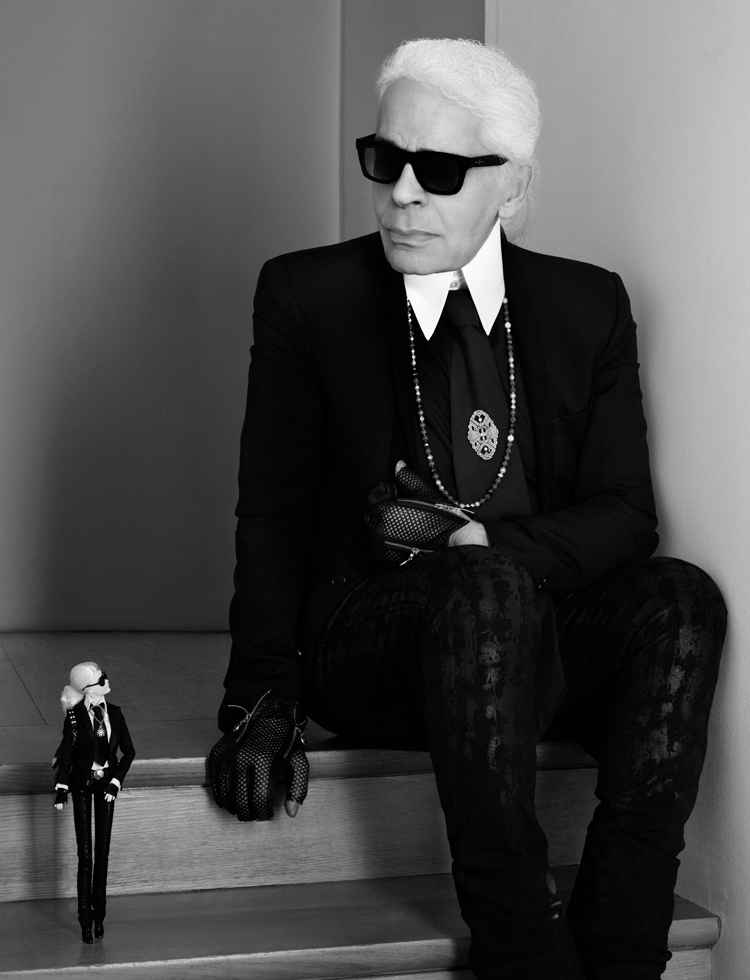 It’s been nearly two decades since I first met Karl Lagerfeld, and over the years, I have come to realise that the only certainty in any conversation with him is that he’s likely to avoid the obvious, and there will be many diversions along the way. And so it is that when I met him in Rome, not long before Fendi’s 90th anniversary couture show at the Trevi Fountain, the last thing he wanted to talk about was his visionary creative direction for the brand, which he juggles with his role at Chanel (and much else besides).

As always, Lagerfeld parries any direct questions about the source of his inspiration for a particular collection. “You know, I don’t analyse things that much,” he says, with a shrug and a hint of a self-deprecating smile. “I work with my instinct. My inner voice is the Joan of Arc, you see?” Out of context, his remark might sound grandiose – but it isn’t. For this is a man who takes his work seriously, while refusing to elevate fashion to the status of art; a designer who has shaped contemporary style for more than half a century, yet always demands more of himself. “I’m never pleased with myself,” he says. “I always think I could do better.”

He no longer needs to explain himself; he exists to create anew, rather than look back at his illustrious past. But for the record, he joined Fendi 54 years ago, and Chanel 34 years ago; he also designs for his eponymous brand, as well as being a prolific photographer and ardent publisher.

“My professional life is about forgetting,” he says, when I ask whether he dreamt the latest Fendi collection (he once told me that he keeps a sketching pad by his bed at night, to be ready to capture the ideas that alight while he sleeps). “I make big efforts to forget. Not because I wasn’t happy but because I have to find something else. I cannot stop at what I did.”

This colloquy could be discouraging; and, given that we are in the penthouse of the Fendi boutique in Rome, with a retinue of PR people hovering at a discreet distance, I’m aware that the official agenda for our encounter – the celebration of Fendi’s 90th anniversary – is not being adhered to. But Lagerfeld’s conversation tends to be beguiling even when he is opaque. His eyes are hidden behind his trademark dark glasses, his uniform of high white collar, dark jacket and black trousers serving as a customary disguise; but even so, his swift words lead the listener in several intriguing directions.

In previous interviews, he has told about his early years in Germany, with a forbidding mother who sounds as if she had something of the archetypal fairytale witch about her. When he played the piano, she slammed the lid on his fingers and said, “Draw! It makes less noise.” When he spoke, she told him to talk faster, as she didn’t have time to listen to his “rubbish”. She also told him he had ugly hands (hence he now keeps them covered in gloves); ridiculous hair that stuck out at the sides (thereafter tied back in a severe ponytail); and a fat bottom (subsequently kept in shape by his strict diet). Yet despite these and other cruel jibes (including an unwarranted observation that he had peculiarly large nostrils), Lagerfeld has described his mother as “perfect”: because her insults stopped him from becoming egocentric or vain.

But today, there is to be no talk of his upbringing, only of the creative freedom upon which he thrives. When I ask whether any specific fables inspired his Fendi couture show – entitled ‘Legends & Fairy Tales’ – he says, “I don’t know. I don’t remember. I sketched them without knowing what I was doing and I don’t want to make a fake comment about something that came quite easily, without too many questions. I’m not a marketing person. At work, you know… I never do meetings… I have nothing to do with any of that – it’s just my studio, my pen and that is all.”
The result of his insistence on liberty, rather than corporate control, is a remarkable success story – rising sales at Fendi and Chanel – and, as a consequence, what he describes as ‘a lifelong contract’ at both. “My Fendi contract ends in 2045,” he adds (at which point he will be 112). “Does the contract say you can do what you want?” I ask.

“Exactly,” he says, with a flicker of delight. “If not, I would be bored… I don’t want people to interfere or marketing people to make things difficult. I don’t discuss anything with them.” Instead, he has a friendly, respectful relationship with the owners of Chanel and Fendi (the Wertheimers at the former, Bernard Arnault at the latter), and with Fendi’s dynamic CEO, Pietro Beccari, and Chanel’s equally accomplished president of fashion, Bruno Pavlovsky. If such freedom is an enviable way of working, then it also requires discipline and commitment, which Lagerfeld possesses in abundance (along with a loyal team, most of whom have been his close collaborators for a decade or more).

And while Lagerfeld tends to look ahead, he has a vast knowledge of fashion history and its intersection with broader culture. Here, after all, is a polymath who left Germany to study in Paris, and honed his craft in the houses of Balmain and Patou in the 1950s. It was Lagerfeld, too, who developed ready-to-wear at Chloé in the 1960s, as he proceeded to do at Fendi. The brand was already famed for its superlative furs and leather products, but it took Lagerfeld to add a sense of playful chic and inventiveness, while also enhancing the creativity of the five Fendi sisters, who had inherited the company. (Anna Fendi – whose daughter Silvia is the current creative director for Fendi’s accessories and menswear – says, “We always considered Karl a genius. He unites creativity and rationality.”)

At the very least, Lagerfeld has a notable sense of perspective, and an understanding of the desire fuelling the luxury industry, and the ebb and flow of money that pays for his products. “There are many more couture clients than ever before,” he says. “Most of them, you will never see at the shows, because they don’t go to Paris or Rome, they get the collections shipped and shown in their homes on the other side of the world – from China to Japan to Korea and the Middle East. These are new fortunes, you know? They make the rich of the past look poor. In the old days, when an American bought five couture dresses, she was a good client – now, a client will buy 20 dresses in five minutes. Somebody said to me about a coat in a Fendi collection that cost a million Euros, ‘Don’t you think it’s a shame?’ I replied, ‘In your eyes, perhaps, but for other people, it’s a joy.’”

Yet he never crosses paths with the new couture clients. “We don’t know these people. I don’t know if they see each other, or what their social life is. It’s another world – but don’t compare. I prefer not to know where it goes…” He gives me a kiss on my cheek, a kindly gesture to show my time is up, and I leave him to make his final preparations for the show. Could it live up to expectations? Yes, and more: as the sun sets, the models appear to walk on water, gliding along a transparent glass runway across the Trevi Fountain, wearing exquisitely embroidered organza dresses and empire-line gowns embellished with gossamer lace, delicate feathers, ethereal chiffon and the lightest of furs.

Afterwards, as a celebratory dinner takes place in flickering candlelight, within the walled gardens of a Roman villa, I go to congratulate Lagerfeld. “Walking on the water of the most famous fountain in the world is quite something,” he says. “It is already a fairytale, no?” But before I can compliment him on this triumph, he is moving on to the next idea, the following collection. “Obviously I could do better, I’m lazy, it’s grotesque,” he remarks, as if in passing.

“That’s your mother speaking,” I say, emboldened by the darkness, though shocked at the harshness of his judgment on himself. “Yes, but I think I’m lucky to be in that position,” he replies. And so it is that fashion’s reigning monarch remains humble, even as he creates a fantasy in which princesses float across a fountain, and a Northern landscape of snow and ice can be glimpsed, if only for a moment, reflected in the shimmering waters of the Eternal City.