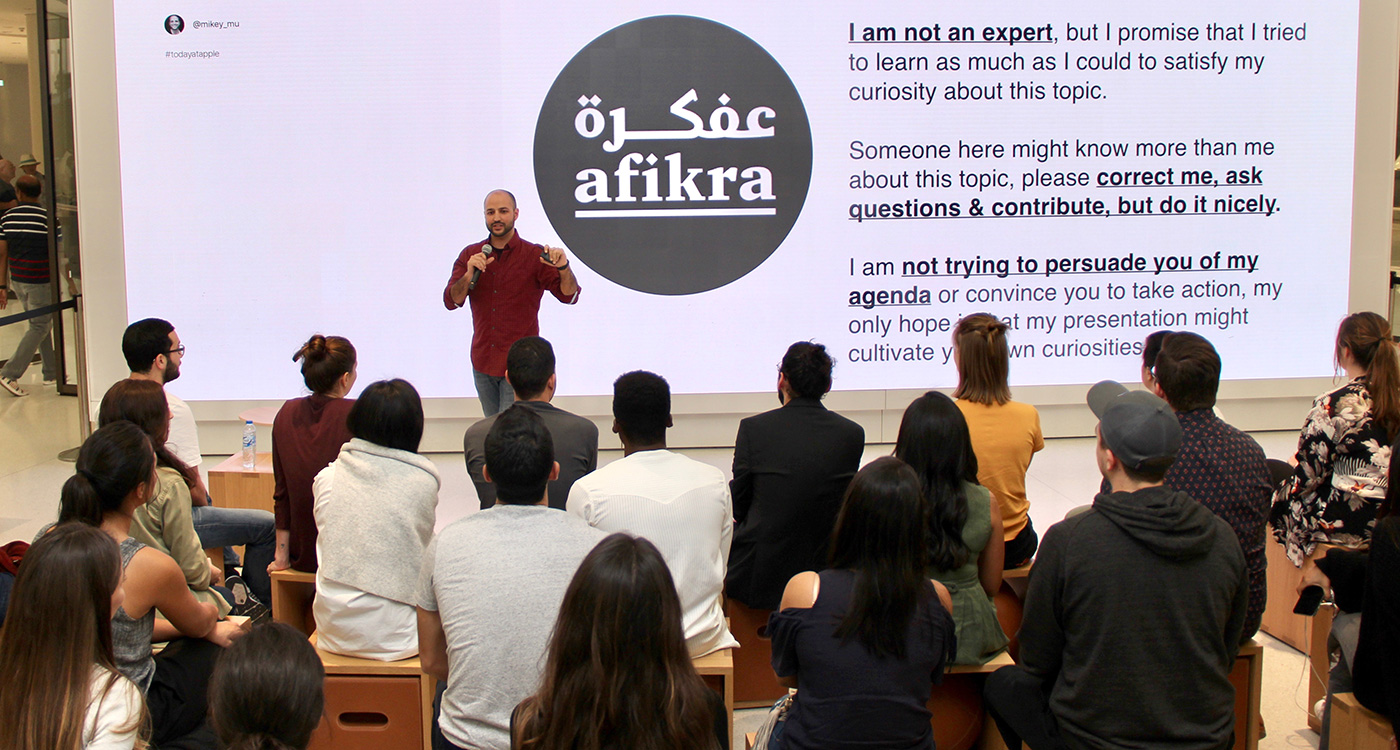 “A fikra started while I was living in New York,” says Mikey Muhanna, who grew up in an expatriate community in Cyprus before attending high school in Lebanon and then moving to the U.S. for college, where he remained for another ten years after graduation. “Its genesis was born out of the idea: how can we re-teach adults and young-adults how to ask questions, how to be curious.” 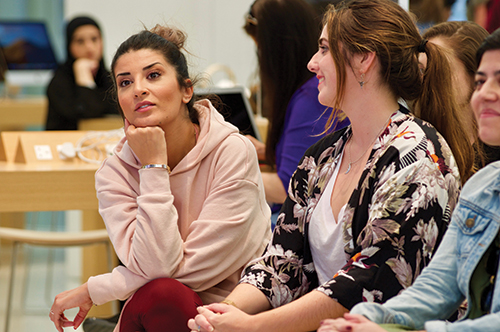 Curiosity it seems, is what primes the brain for learning. It’s something we all have in abundance when we are young because, as children, we’re constantly trying to understand the world around us. But as we grow older, it tends to diminish. “If you sit with a five-year-old, they’ll ask you questions all day long,” says Muhanna, “they can’t help themselves, they just want to explore and engage with all the different things that make them who they are. And what I mean by that is they identify themselves by their interests. Within ten years though and that curiosity will have been washed out of them so that, by 15, they identify themselves by identity, not interests. Unfortunately, we forget how to ask questions, explore and learn new things.”

“For me, my own curiosity of the Arab World stemmed from the fact that I identified with this place and thought it mattered to me but I was also aware that I knew nothing about it,” continues Muhanna. “For example, I didn’t know a thing about Arab jazz, sports, hip-hop, architecture, film, economics, science and these are my actual interests. You won’t find any of that in the Arab World section of the library.” He’s right about that too. A library might be able to offer you volume after volume on wars, a few cute identity-based works in the field of Teta’s cookbooks and perhaps a sprinkling of Edward Said, or even a little philosophy, but there won’t be anything on the subjects he mentioned. So clearly there is a gap to be filled and that’s what Afikra is all about. 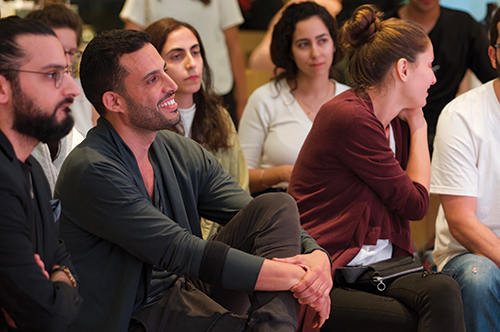 Afikra means “on second thoughts” in colloquial Levantine Arabic, and its beauty is how well-structured it is in achieving its big picture goal; namely, cultivating curiosity around the subject matter of the Arab World. “Step one was to build a community because, by building a community you build a connection,” reveals Muhanna. “Step two was to create educational experiences within a framework and a pedagogy to allow people to ask questions in very precise ways. In other words, we give people the tools to go from curiosity to understanding. The third step was to publish this media and content, archive it and make it available, that way it won’t just be a tool to attract more people but it could actually serve as a means to create self-representation. In other words, if someone now throws out a remark like: ‘What is the Arab World anyway?’ I can tell them to go look at our library because we have 400 data points that help define the contours of this region. In effect, we are crowd-sourcing what this region is today, yesterday and tomorrow.”

Significantly, Afikra has grown beyond New York to now have chapters in 30 locations around the world, 18 of which are in the MENA region, seven in Europe and six in the Americas. It has also grown from drawing in 4,000 people to 40 free, open-access events in 2019, to attracting hundreds of thousands to their 150 online seminars and podcasts in 2020. “We pivoted fast into digital but, post-Covid, I imagine we’ll have a bifurcated system with close to 300 events, some of which will be in-person, on-the-ground, community meetings and others that will be global digital events.”

At this point, you’re probably curious to know more about the topics of the seminars, right? Well, funnily enough, the first rule of Afikra is that specific topics are never announced in advance. The second is that they always mix low-brow (“What did Arabic food look like before the arrival of the tomato”, or “Why does Khaleeji music have a swing to it?”) with high-brow (“What was the Pen League, the first Arab-American literary society”, or “What is the difference between the myth and mythology of Fakhreddine”). Muhanna says it’s also important to keep the vibe informal, so events commonly take place in members’ homes, with guests sitting on the floor nursery-style. He also insists after-parties are shut down within 30-minutes “so that people come for the learning and not the socialising”. Don’t worry though, there’s absolutely no rule to dissuade you from talking about this ‘Bright Club’. 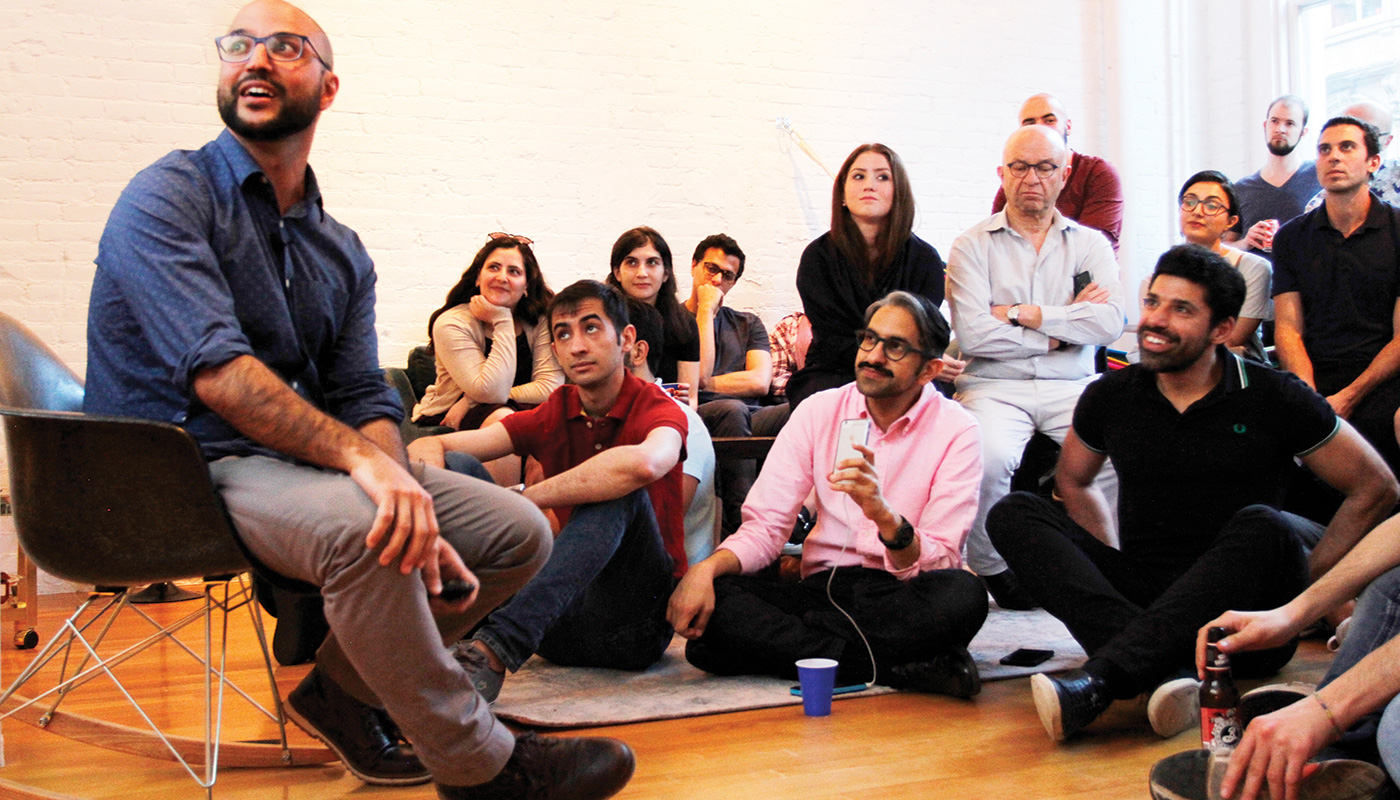