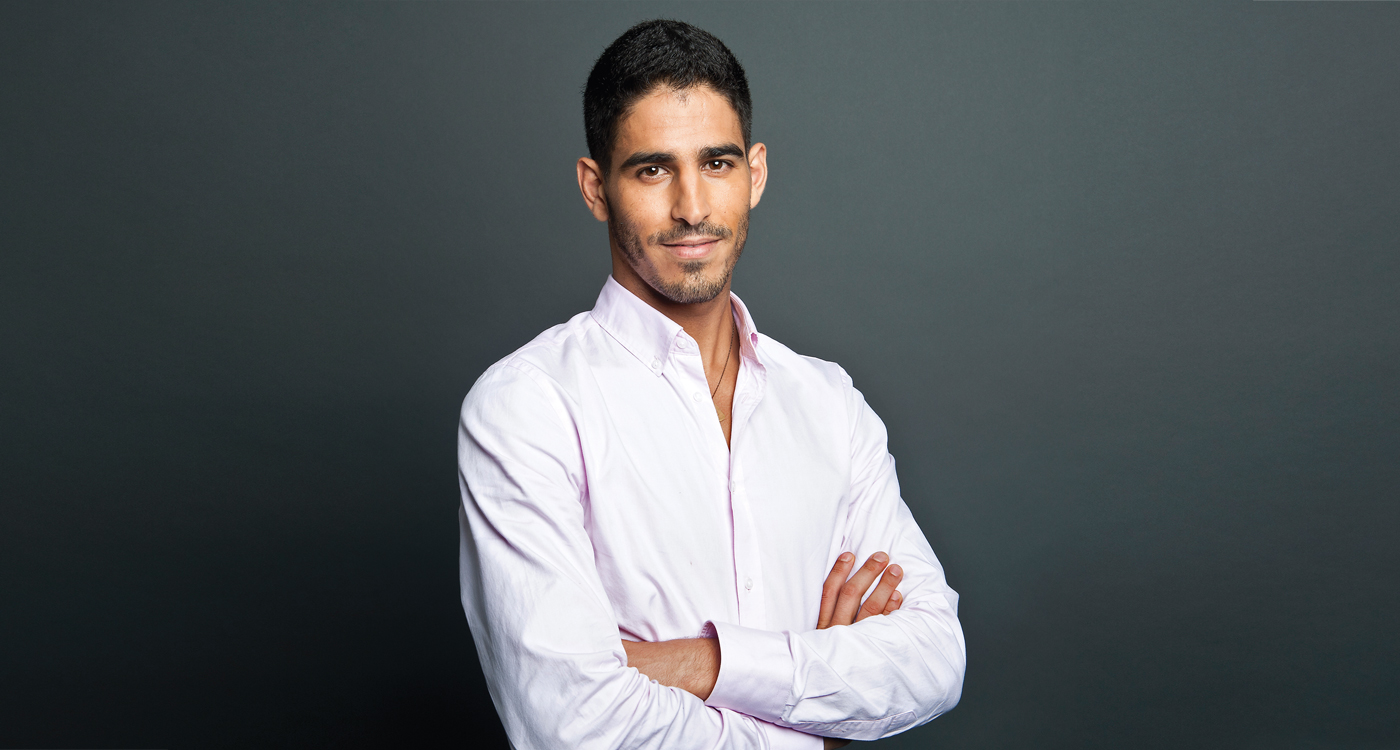 WHEN DID YOU REALISE YOU WANTED TO BE A JOURNALIST?
I’ve always been that kid who asked questions, only to get answers that would prompt ten more questions. In the summer of 1990, my family flew from Kuwait to Berkeley, California for a summer vacation. A few weeks later, Saddam Hussein sent his troops across the desert and invaded Kuwait, where much of my family remained. As a 7-year-old, I was glued to CNN day after day, for months on end, watching our home be at the centre of a war zone. This was my first conscious introduction to war – through a TV screen.

I could no longer visit my grandparent’s house each Friday for lunch or play with my cousins, instead, I would spend the year in California, where I enrolled in public school and struggled each day to explain to all my curious classmates things like why it was hard to pronounce my name, and why Kuwait mattered at all to America, let alone was worth fighting for. A TV crew came to our house to interview my parents, who were essentially refugees now in America – the country I was born in. I remember being intrigued but profoundly perplexed by the fact that a stranger was in our house with a microphone asking me if I was worried about my grandmother in Kuwait. Did she know my grandmother? Why did she care? At this tender moment, increasingly aware of my compounded and quickly forming identity, and how that informed my character, I knew in one way or another I’d end up searching for characters with interesting stories to tell.

CAN OBJECTIVITY EVER EXIST IN JOURNALISM?
I usually hate answering a question with a question but, in this case, I must: Can objectivity ever exist in anything? No matter how much we equate truth to objectivity – as my professors at Columbia University once did – it’s a false equivalence. The truth is, no one is objective. What you put in a story, what you leave out, the order you tell it in, how you describe and present the sources of your information: all that undermines the notion that the pursuit of objectivity will lead you to the truth. Forget journalism, in storytelling, truth, transparency and accountability trump objectivity. Traditional notions about impartial reporting are therefore fundamentally flawed. This is part of the reason there is so little trust in the media. There is this side, and there is the other side, and I’m presenting both sides and therefore I’m being truthful. It’s problematic and for me after a decade in the business that so-called “view from nowhere” is getting harder to trust, by virtue of how many points of view there are out there.

Saying here is where I’m coming from based on this this and this is a lot more likely to build trust. Because as an Arab I often felt misunderstood, as a journalist, I look at stories that can potentially change perceptions because I look for people that don’t have the platform to tell their story. That has been the guiding force in my career. I don’t think objectivity can ever actually exist in journalism, even if many aspire to it. In the same exact context and the same exact space, other people and I are going to tell that story differently even if we talk to the same people and ask the same questions. Aspiring to objectivity or trying to show two sides to the story in any topic does you a disservice. The aspiration for objectivity has been an excuse in some instances for not being bold and telling it like it is, as you see it sincerely. In the last documentary [on Palestine] I did for VICE on HBO there is a line that I regret that made it into the film – “both sides have suffered massive casualties” – while it is true both sides suffer casualties, this line disregards the huge discrepancy in lives lost and the broader power dynamic. This is an unfortunate example of how aspiring to be objective undermines the viewers’ understanding of the story.

Once on a panel, someone called me an activist in what can only be described as an attempt to disrobe me of my ‘journalist’ label or to insult me. I mean really, to borrow from Shakespeare: what is in a name. This whole notion of objectivity is a façade. Fox is not objective. Neither is CNN. Neither is MSNBC. Neither is NBC. Everyone has their contextual understanding of the world, including Al Jazeera and that influences your reporting, what you include, what you don’t, what you focus on. Transparency, in today’s day and age might, and should, replace objectivity in journalism.

THE TRUTH IS, NO ONE IS OBJECTIVE… THE WHOLE NOTION IS A FAÇADE… TRANSPARENCY, IN TODAY’S DAY AND AGE MIGHT, AND SHOULD, REPLACE OBJECTIVITY IN JOURNALISM.

FROM YOUR LAST DECADE OF WORK, WHAT STORY ARE YOU MOST PROUD OF?
I am usually most proud of my work when it shifts perceptions, or at least appears to have the potential to. Even though many Palestinian friends wrote to me to suggest the documentary didn’t go far enough in explicitly “criticising the Israeli government” for the occupation, I’m most proud of the story I did for VICE in Israel and Palestine. For much of the audience it was the first time that they were hearing directly from Palestinians, where young Palestinians were humanised in a way American audiences could relate to. It had the potential to shift perceptions. For me that’s the real measure of success. The reaction I got from family, friends and also strangers – I had young Jewish Americans emailing me, and coming up to me after the screening asking me dozens of questions – was really powerful. I like to believe it made people think twice about their predispositions about the conflict, what the problems are, and what the solution might be.

WHAT MARK WOULD YOU LOVE TO LEAVE ON THE JOURNALISM INDUSTRY?
A better understanding. I’m drawn to stories that shift perceptions, and to voices that challenge the status-quo. So much of journalism is reactive and reports on all the problems in the world, without focusing much on the solutions. The monetisation model rarely veers from the approach of parachuting into a place and then leaving, but I’ve been fortunate enough to really understand the social fabric of this part of the world, which is so complicated but also so rich culturally.
In the Arab world there are also a lot of rich stories that aren’t necessarily told and I always look to find a way to bring these stories into a mainstream audience. In media, there is this tendency to cover things in a certain way, and we kind of overlook the nuances of the culture. This region is really complicated and has a lot of problems, but if you keep covering the same problem over and over, are you really going to bring about a better understanding?

NOW, CAN YOU TELL US WHAT IS INDISPENSABLE TO YOU….

1. IN TELLING A NEW STORY?
Context.

2. IN CHANGING THE WAY AN ENTRENCHED STORY HAS BEEN FRAMED?
Perseverance and conviction, and focusing on reporting first-hand, the reality on the ground.

3. IN ACCEPTING PRAISE OR CRITICISM?
Humility.

4. IN DEBATING AN ISSUE?
Listening.

5. TO ACCEPT WORKING WITH A NEW COMPANY OR NETWORK?
Editorial input, and a proven track record of rewarding merit. Also, it should be a place where the monetisation model doesn’t reign supreme.

6. TO BE SUCCESSFUL?
The ability to celebrate your failures and learn from them.

9. TO FINDING BALANCE?
Breathing. Being honest with yourself. And sleep.

FINALLY, WHAT THREE THINGS WOULD YOU TAKE TO A DESERT ISLAND?
Donald Trump, a boat, and a paddle. I mean who wouldn’t want to save the world?