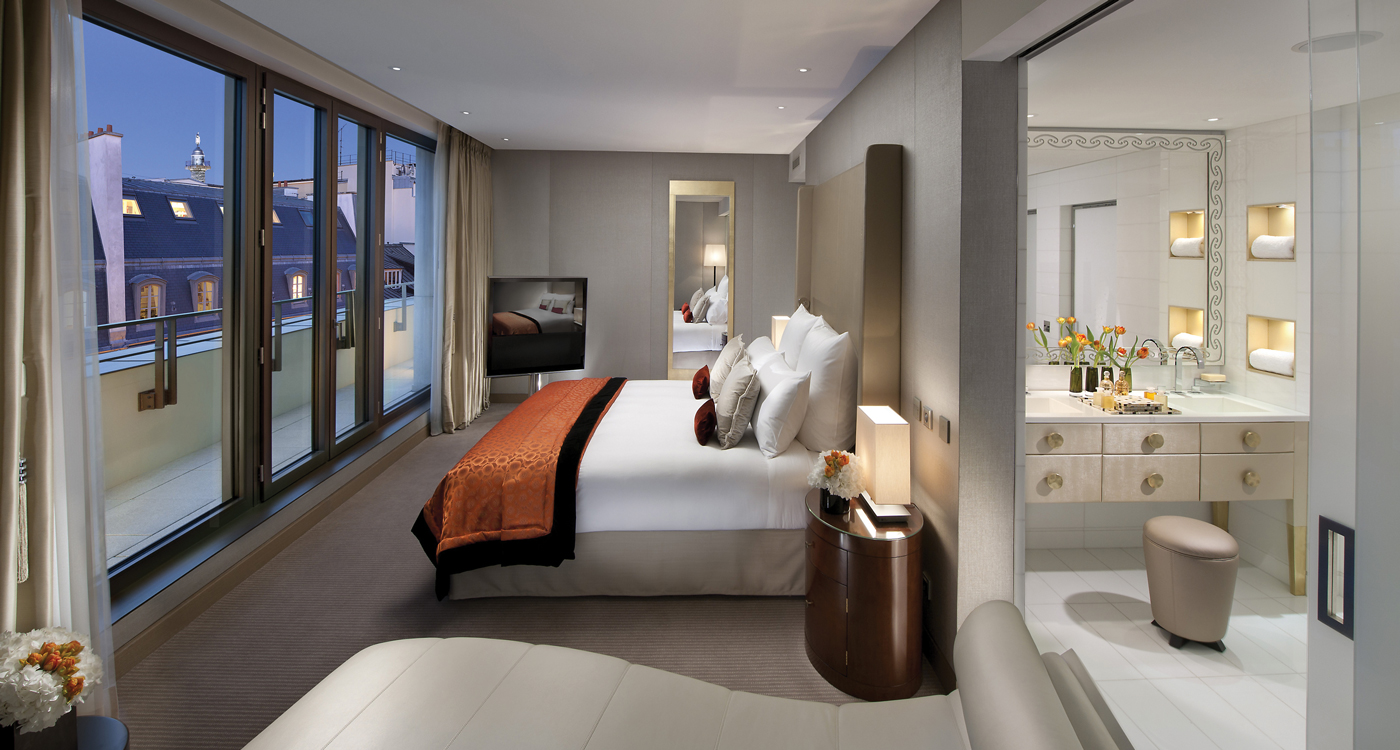 It's Hard Not to Fall for Mandarin Oriental Paris and its Obsession for Perfection
July 28, 2017 admin 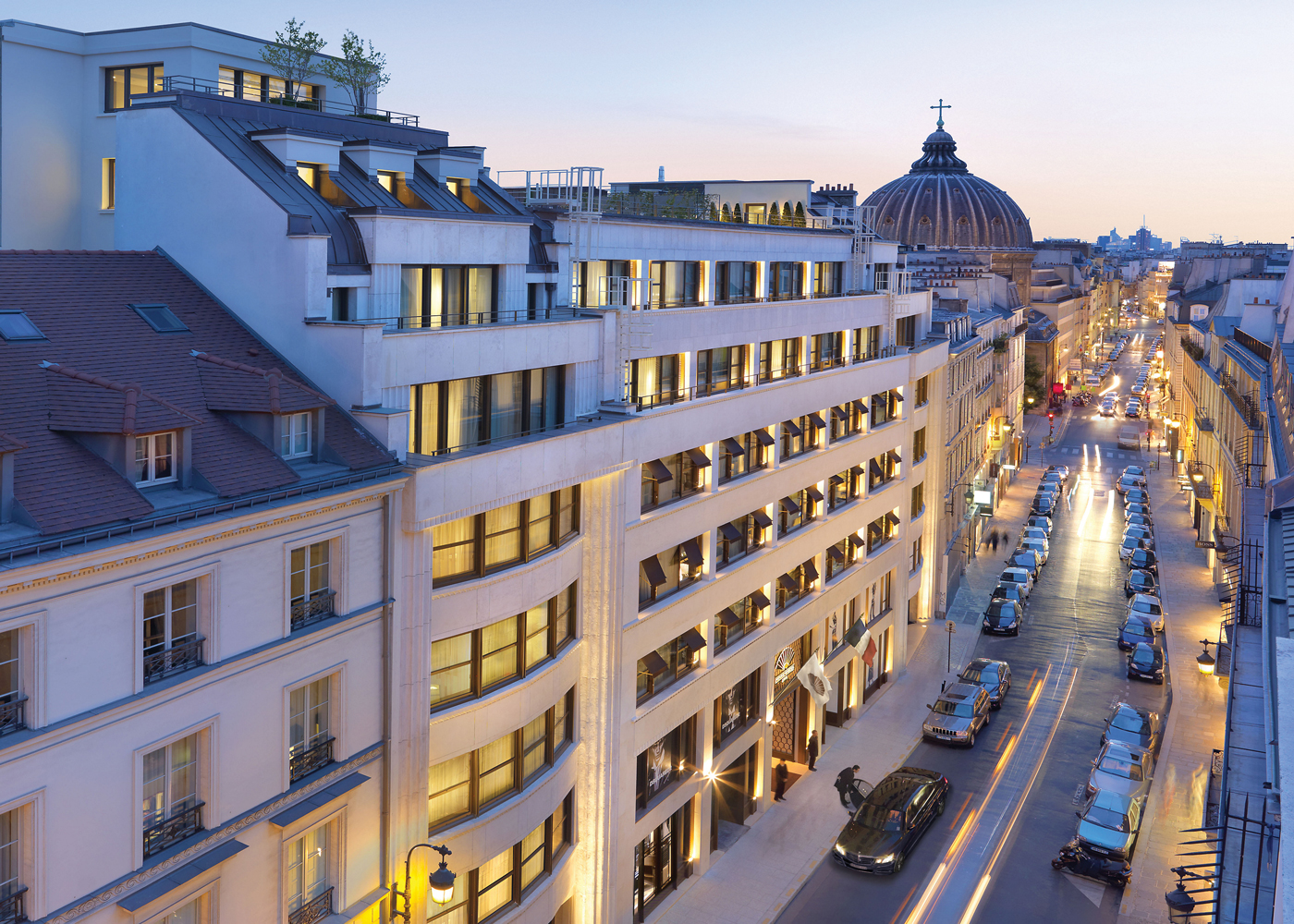 The Mandarin’s location is walking distance from the Louvre, Jardin des Tuileries, the banks of the Seine and Place Vendôme. Left: The 14-metre swimming pool is open daily from 7am till 10pm

There are so many good hotels in Paris these days it’s hard to decide where to stay but the Mandarin Oriental, with its discreet obsession for perfection, is a worthy contender.

Once upon a time, Saint Honoré, and its elegant continuation, the Rue du Faubourg Saint Honoré, was just a long muddy lane that connected the walled city of Paris to the remote Forêt de Rouvray. Nowadays it’s one of Paris’ most prestigious streets, straddling the 1st and 8th arrondissements, home to the city’s most famous shops as well as the Elysée Palace – the official residence of the President of France.

Yet there was always a separation; the Faubourg side, in the 8th arrondissement, has benefitted from having a perceived higher status and as a result it has long been where you’d go to find the city’s finest luxury brands like Dior, Hermès and Givenchy. The next ten blocks, from Rue Cambon to Rue des Pyramides is for some reason seen as being more primitive, and as a result it attracts lower profile and more modish brands. Back at the beginning of the 21st century, Chanel was one of the first to break rank, when Coco decided to set up shop on Rue Cambon, in the 1st arrondissement, just off Saint Honoré (where the brand has more recently opened a store dedicated to perfumes and beauty), and over the years, others like Goyard, John Galliano, Comptoir des Cotonniers and Starcow have followed suit. Of course, the two brightest and longest-serving beacons of cool on Saint Honoré have been the Hotel Costes and Colette (which recently shocked the fashion world by announcing it will close for good in December), which opened one after the other in 1995 and 1997 respectively. 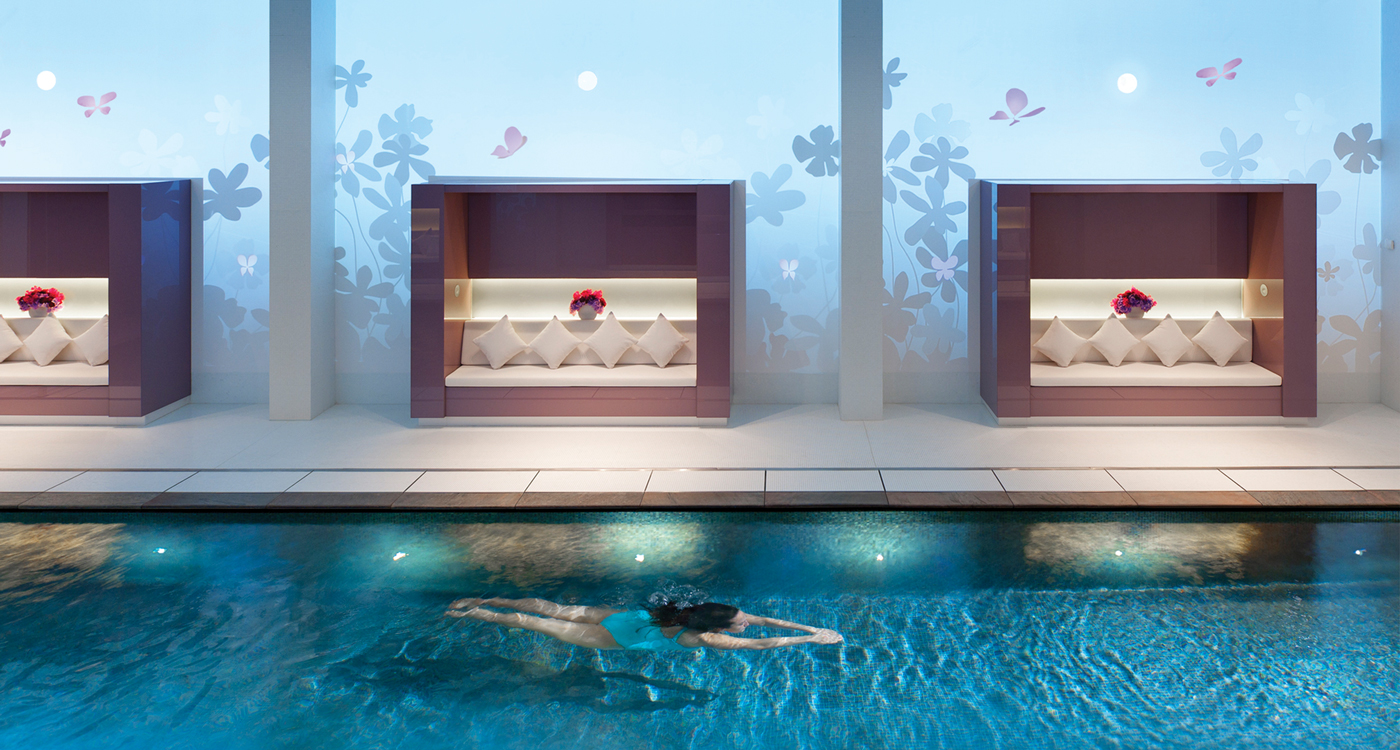 Given the context, the fact that the Mandarin Oriental – one of the world’s most respected, but not necessarily trendy, hotel brands – chose to open in this neck of the woods, 70 metres before Costes (and a short walk from the Ritz), demonstrates how this property wanted to mix it up and bridge the gap between luxury and cool. 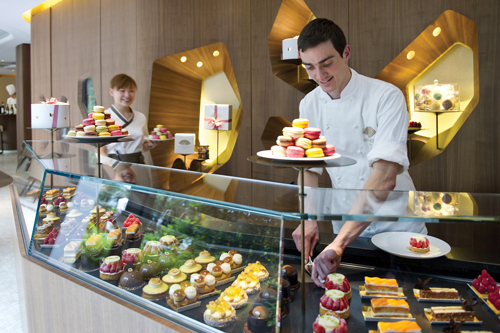 The hotel itself is essentially a new build appended to a listed Art Deco façade. It’s centred on a lush garden courtyard and encompasses 138 rooms that start at around 1,000 USD a night and culminate with 40 suites, the most impressive of which is the 20,000-USD-a-night Royale Mandarin Suite – a split-level, one-king suite with a large terrace, gym, dining room, bar, study and steam room with views of the Eiffel Tower. Presumably in the hope of not deterring its ever-loyal corporate crowd, the overall style is very risk averse, while it manages to be neither design-driven nor ultra-classic. There may be a sprinkling of Parisian elegance here and there but it’s all pretty safe. Where the hotel excels is in the details. The beds are incredibly comfortable, the bathrooms huge, the food is outstanding, the amenities are well considered and the spa is formidable, while Asian refinement clearly manifests itself through the impressively personable service – for example all the staff know your name, from the cleaning lady to the sommelier, which is no easy feat in such a large property. Also impressive is how the hotel goes over and beyond in accommodating families, offering a dedicated kid’s ambassador and concierge, as well as 24-hour babysitting.

It may not be as cool as the four-star Costes next door but the Mandarin Oriental Paris is fundamentally a far better hotel, having even attained the status of ‘Palace’ – a distinction for hotels in France that are judged to be even better than their five-star competitors. Plus it’s strategically located in the middle of the action, close to all the best, art, culture, and shopping destinations, which are of course the things that keep us coming back to the City of Light no matter what’s going on in the news. Most significantly of all, it proves the wisdom of finding a middle ground.