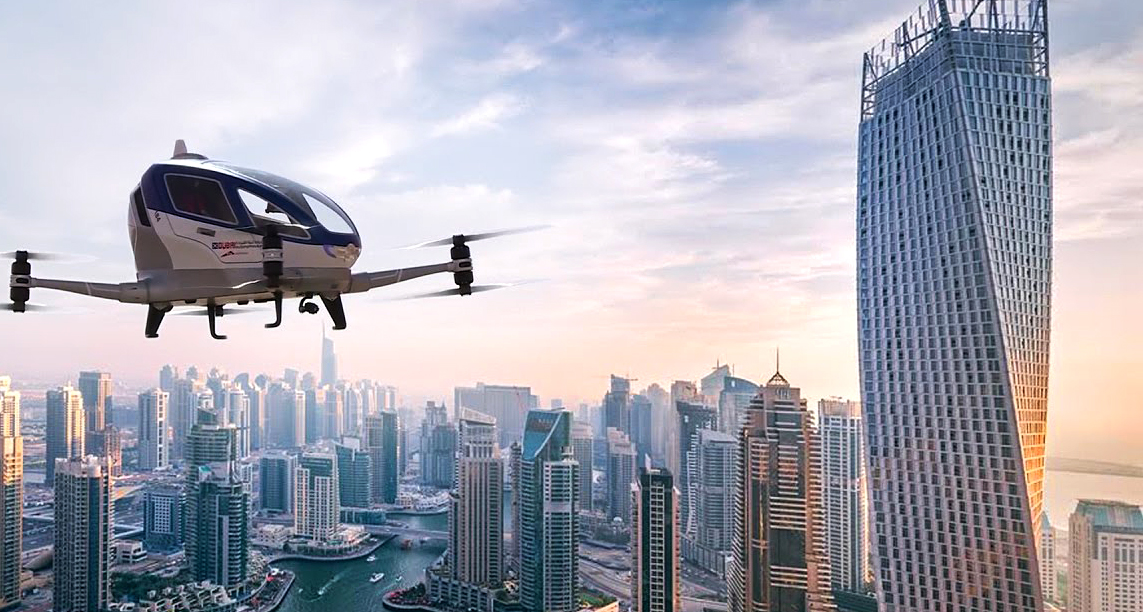 Dubai has announced plans to become the first city in the world with a fleet of flying taxis, and it has even signed a deal with a German aviation company called Volocopter, for the supply of electrically powered driverless drones that can carry two passengers by way of18 rotors and nine independent battery systems.

Dubai’s Roads and Transport Authority (RTA) has actually begun testing the craft, and while the exact details of the project’s logistics are yet to be revealed, they say the futuristic venture is part of a strategy to have self-driving vehicles (of all kinds) account for a quarter of all the journeys made in the Emirate by 2030.