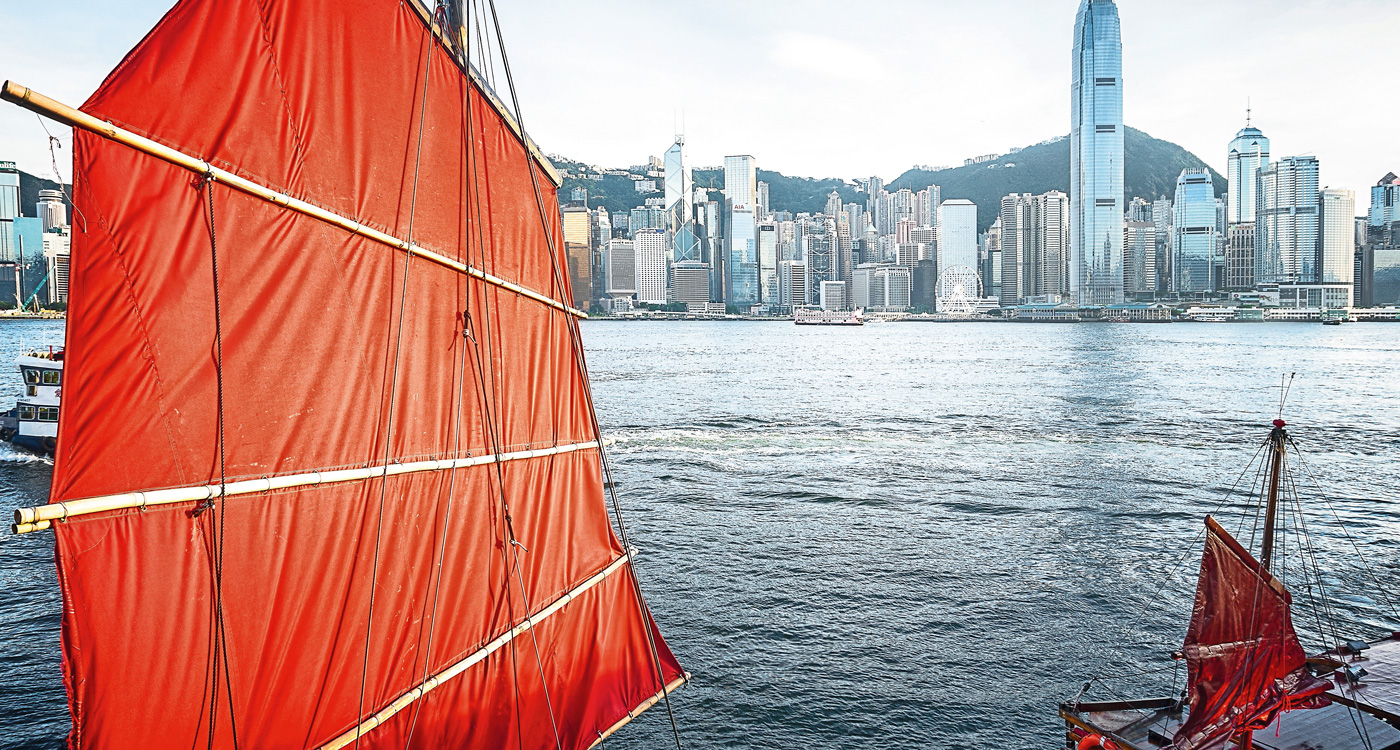 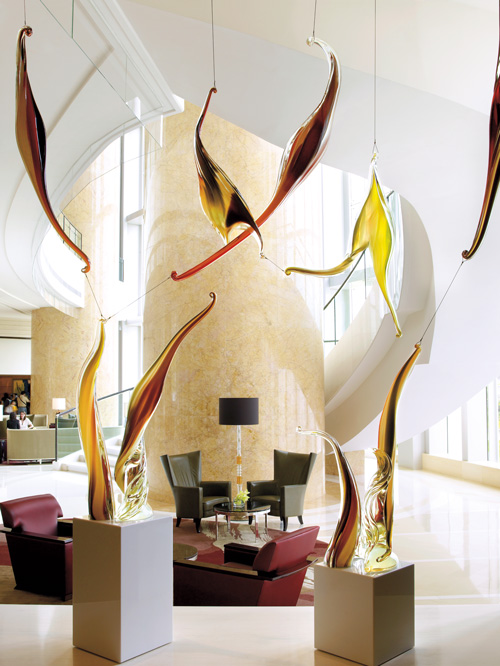 The Four Seasons Hong Kong’s huge glass lobby and massive marble columns may be impresive but it can get noisy at times.

They say size doesn’t matter but in the case of Hong Kong, it’s all about going big. From the world’s largest bridge to having the most Michelin stars under one roof, this city in China is raising the bar.

Change is afoot in Hong Kong. And by change, I mean an unrivalled level of creative development across the city and beyond. The epicentre of this movement is found in Hong Kong Central, a historically rich district that is paradoxically renowned for its skyscrapers and office blocks yet conceals pockets of lush, green gems and artistic delights.

Central may be the city’s financial district, but it also serves as the heart of the playground. Lan Kwai Fong, an ancient area of narrow streets and alleys lined with restaurants, clubs and late night revellers sits side-by-side with culture and tradition. Defined by its Central-Mid-Levels escalator and walkway system – the longest outdoor covered escalator system anywhere – it stretches almost a kilometre and soars 135 metres from top to bottom. A tourist attraction in itself, it also makes most things within easy reach on foot, including Central’s latest addition – the Tai Kwun Centre for Heritage and Arts.

Having cost around 485 million USD, the revitalisation of Hong Kong’s historic Central Police Station (now known as the Tai Kwun Centre) was an eight-year-long project funded by the Hong Kong Jockey Club. Upon finally opening its doors in May 2018 it was immediately recognised as the biggest adaptive reuse of a heritage site in the city. Design-led by Herzog & de Meuron Architects (best known for the Beijing National Stadium), and with Purcell (of St. Paul’s Cathedral restoration) overseeing the site’s monumental architecture, its 16 historic buildings are now used as art galleries and performance spaces providing a significant cultural arena in which Hong Kongers can enjoy leisure and find inspiration.

This is a city for the elite that masterfully blends heritage with a contemporary vision and not five-minute’s walk from both Tai Kwun and Lang Kwai Fong sits Four Seasons Hotel Hong Kong. It is one of Central’s most opulent establishments having occupied a luxury position for more than a decade, set in the heart of the district with sprawling views of Victoria Harbour. A haven of relaxation away from the city’s hustle and bustle, its exclusive spa puts mindfulness at the core of its new Well Feeling initiative launched in September 2018. 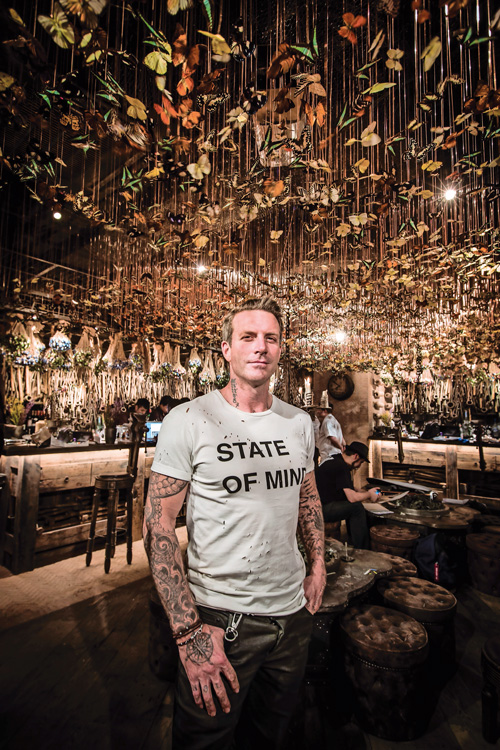 There are three Iron Fairies bars, one in Bangkok, Tokyo, and Hong Kong, the design of each is inspired by the children’s fairytale book of the same name. The author of those books and the designer of the bars is Ashley Sutton, who’s pictured here in Iron Fairies Hong Kong.

However, it’s the hotel’s unprecedented eight Michelin stars – the most stars to be found under one roof anywhere in the world – that keeps tongues wagging. It comprises Lung King Heen, the world’s first Chinese restaurant to win three Michelin stars; the temple of French fine dining, Caprice, with its coveted three-star accolade; and the newest addition, two-starred Sushi Saito, the first overseas location of the famed Tokyo flagship. Le Pan, Iron Fairies and Dragonfly are a few other recently opened upscale hangouts with highly niche concepts; it’s fair to say that Hong Kong is truly spoilt for choice when it comes to decadent dining.

On the water’s edge, close to Central Pier 8 is the famed Star Ferry Terminal. A trip across to Kowloon will deliver you to the doors of M+, Hong Kong’s new museum of visual culture. Encompassing 20th and 21st century visual art, design, architecture and moving image, it will be one of the largest museums of modern art in the world when it fully opens in 2020. A low slung two-storey pavilion designed by a trio of young Hong Kong architects, the waterfront building spans a 310-square metre main gallery space, and a dramatic vertical museum tower featuring an LED façade for the display of artists’ moving image works.

Transport, too, has been given an oversized new lease on life. The Guangzhou-Shenzhen-Hong Kong Express Rail Link, also known as Guangshen’gang XRL, is the world’s largest bullet train network that connects Beijing and Hong Kong via Guangzhou and Shenzhen. First begun in 2011, the final phase, which connects Shenzhen-Futian to Hong Kong (West Kowloon) opened to the public in September 2018. Then, in the following month of October, the Hong Kong-Zhuhai-Macau Bridge, the world’s longest sea bridge, opened for business. Linking the cities of Hong Kong and Macau to the Chinese mainland, the 55 kilometre bridge is a key part of a grand plan to connect Hong Kong and Macau to 11 Chinese cities to form a high-tech region to rival Silicon Valley.

It’s fair to say that China has big ambitions, which seemingly include appealing to a well-heeled clientele. Case in point, superyacht designer Philippe Briand recently teamed up with New World Development (one of China’s leading construction and development companies) and applied serious nautical styling to his first residential project, The Pavilia Bay, which was completed in 2018. It’s a large-scale waterfront project housing 983 residential units, whose higher floors sell for as much as 25,000 USD per square metre. 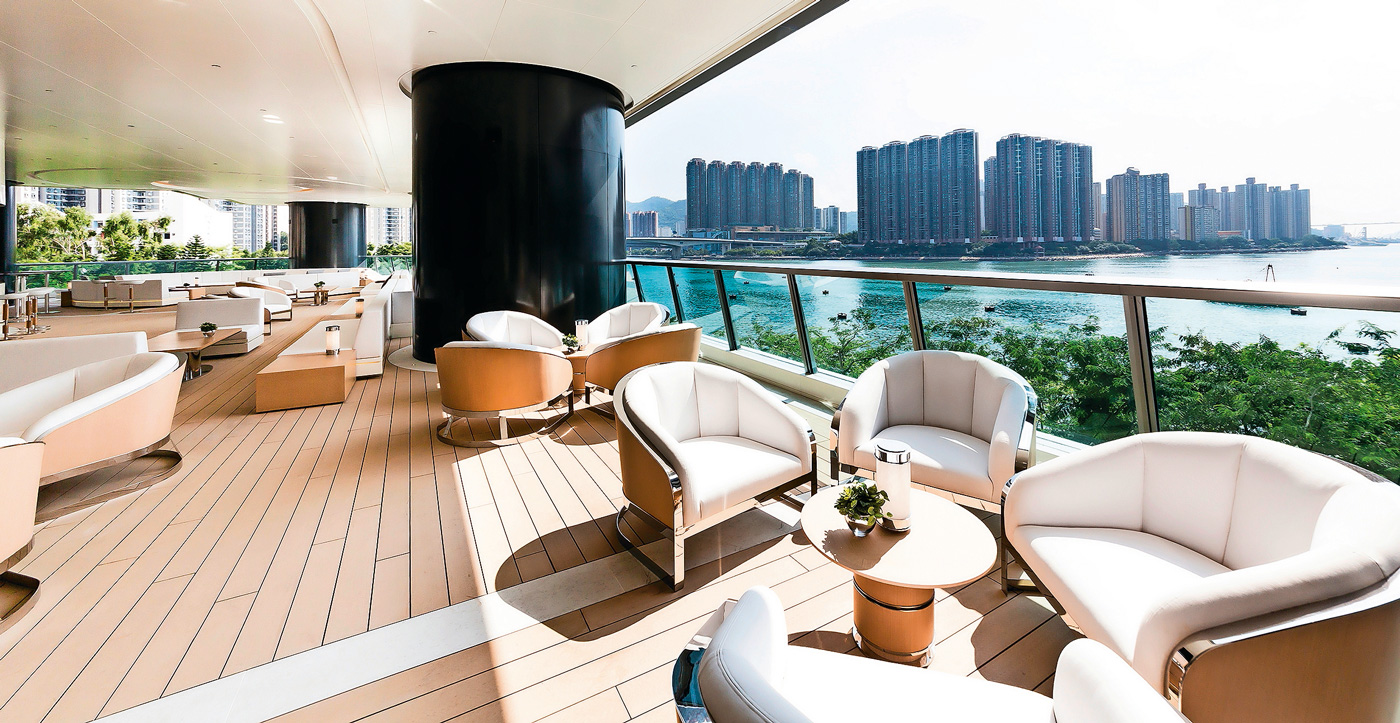 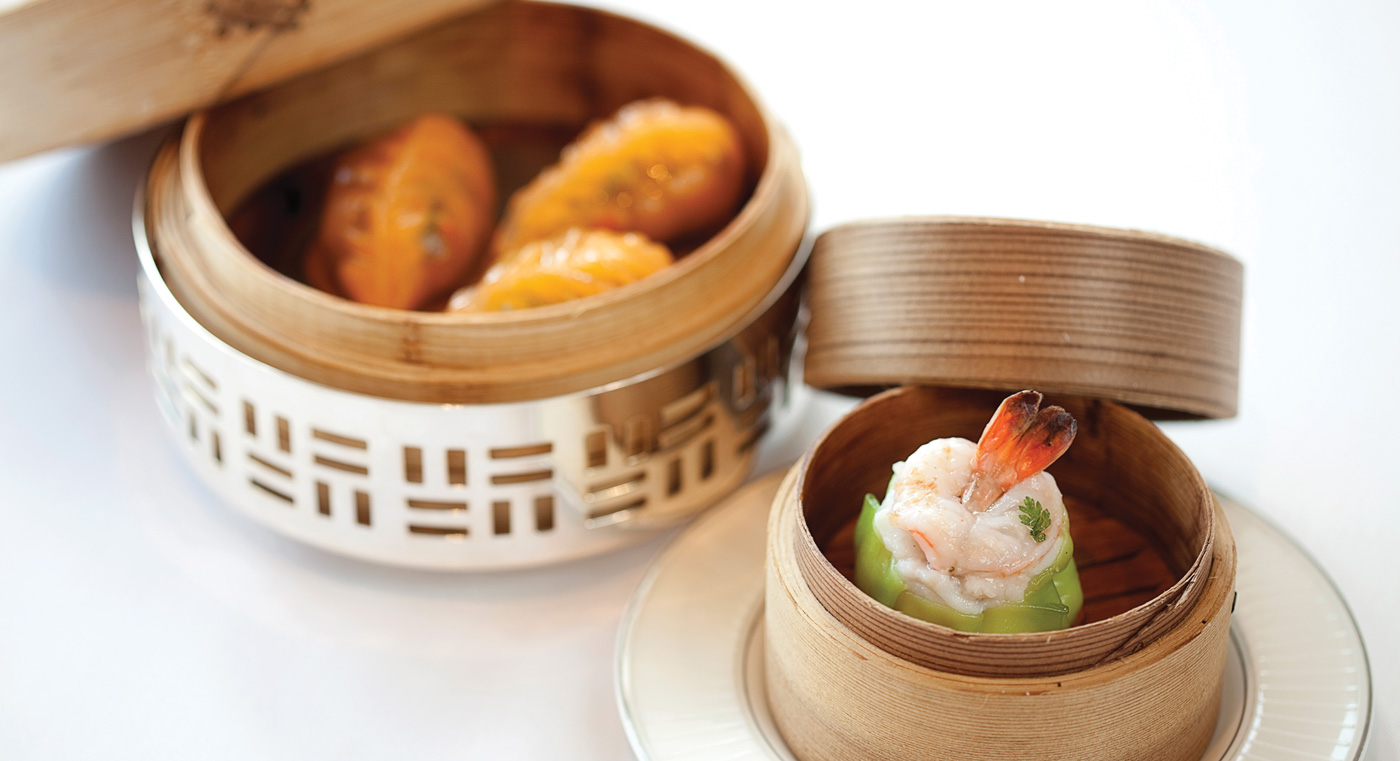 Known for their seafood and dim sum, Lung King Keen was the world’s first Chinese restaurant to earn three Michelin stars (and it still has them).

Luxury hotels are popping up, too. Along the legendary Cotton Tree Drive in the heart of Hong Kong is the city’s newest, luxury iconic landmark hotel, The Murray, a Niccolo Hotel. For those more akin with a prime harbourfront location, the Rosewood Hong Kong is destined to become a graceful new landmark on the city’s famous skyline having just opened at the end of March 2019, as is St. Regis Hong Kong, located in the Wan Chai-Causeway Bay district of Hong Kong, in close proximity to the Hong Kong Convention and Exhibition Centre.