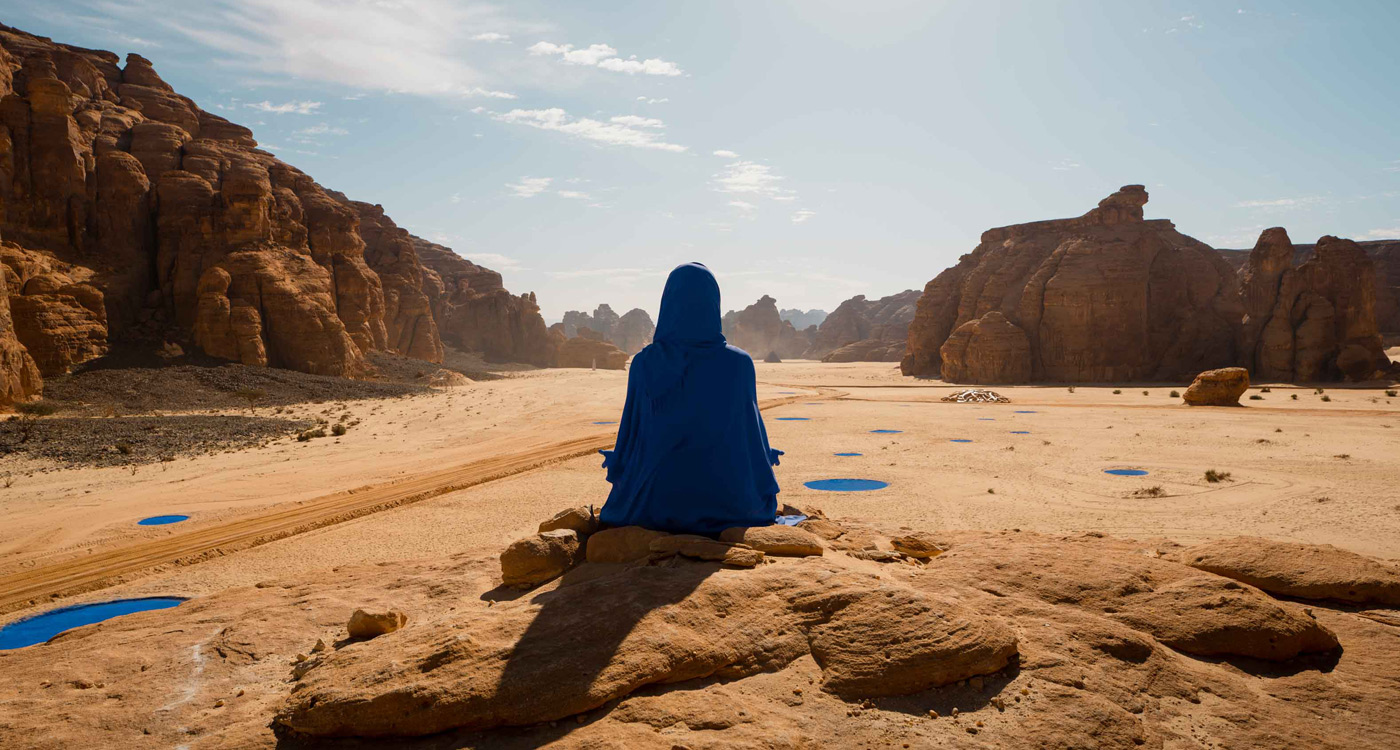 With a display that lasted from January 31st till March 7th, Desert X helped shed light on how self-expression is a hot new topic in the Kingdom.

The desert sands are slowly slipping through the hourglass, bringing change to the long-cloistered Kingdom of Saudi Arabia. Nowhere is this more physically apparent – well, for this month anyway – than in the remote northwest of the country, in the ancient oasis town of Al Ula.

Around 300 kilometres from the nearest international airport at Medina, it’s been a couple millennia since Al Ula has been on anyone’s radar except the banana farmers and camels that call it home. That’s all changing now of course with the Winter at Tantora Festival as well as plans to build not one but three Aman Resorts here soon. What’s more, last month the international art community descended on the city to fête the opening of Desert X Al Ula. 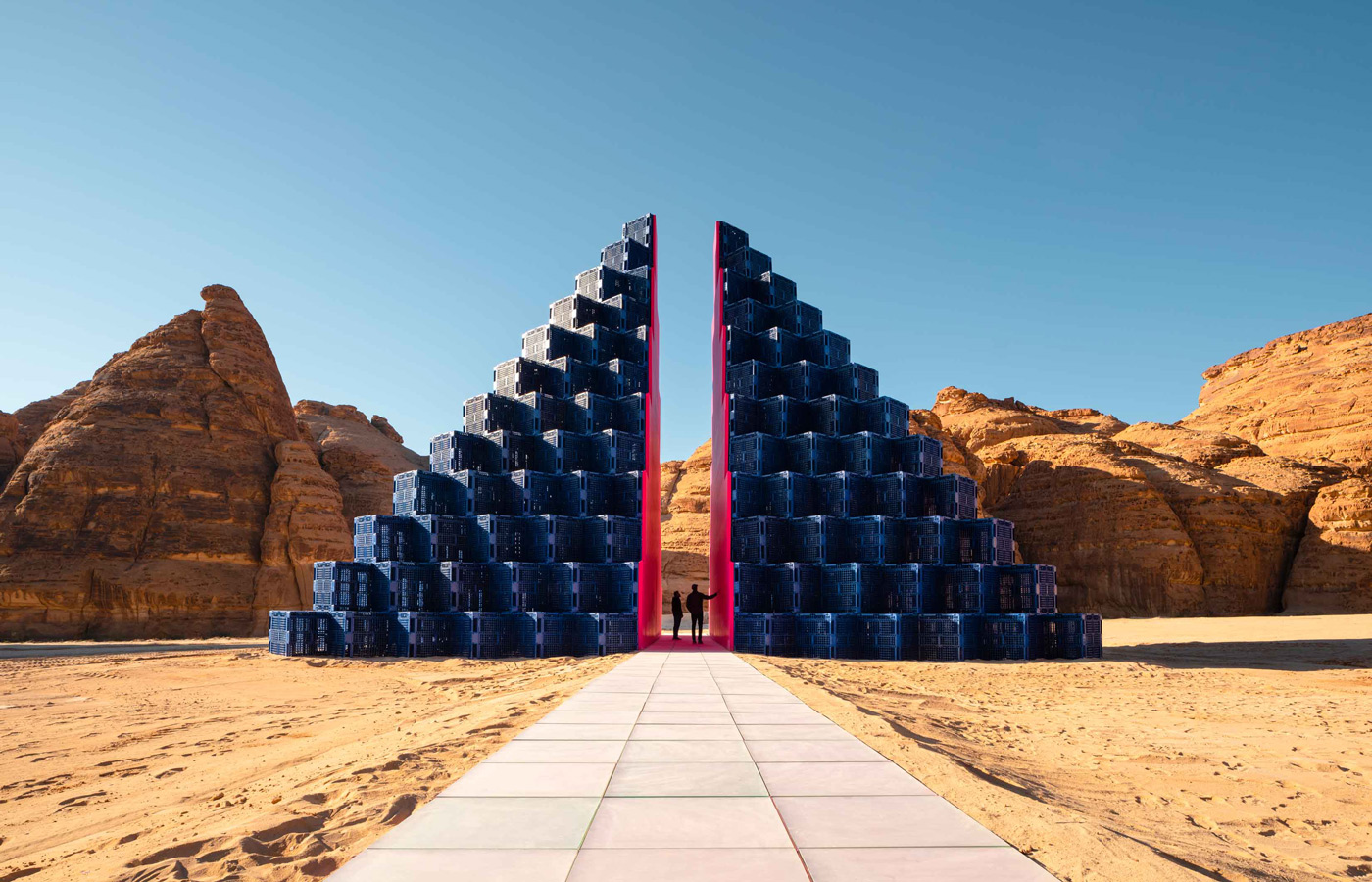 The event celebrates a collection of 13 site-specific installations appearing in a mile-long sandstone canyon. These include a giant swing set by the Danish collective Superflex (which previously appeared in London’s Tate Modern museum), a café-au-lait-coloured 3D calligraphy piece you can climb inside of by the French-Tunisian artist eL Seed, and a river comprised of thousands of silver date containers snaking through the desert by the Saudi land artist Zahrah Al Ghamdi. 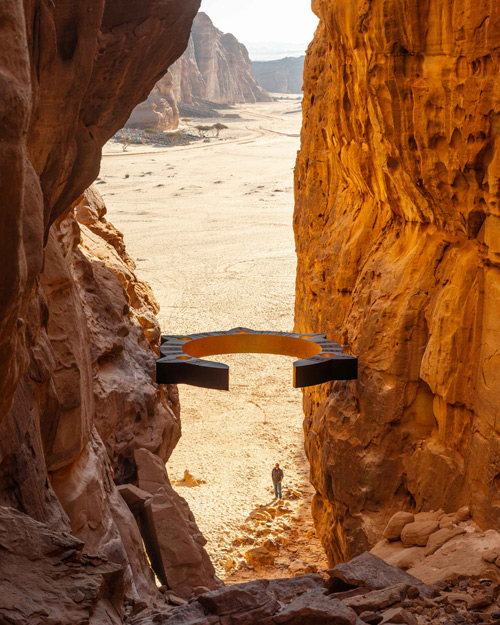 This is the third edition of Desert X, and the first outside its home base in Southern California’s Coachella Valley. Admittedly, California-style art installations would not seem a natural fit for the Islamo-authoritarian state of Saudi Arabia, but the festival is just the latest example of a wave of change that has been sweeping the Kingdom since Mohammed Bin Salman became Crown Prince in 2017.

Desert X Al Ula is a collaboration between Desert X and RCU, the Royal Commission for Al Ula which was established in 2017 under the aegis of MBS. Part of the Crown Prince’s Vision 2030 initiative, RCU was created to develop tourism and the arts in the Kingdom, among other industries.

But a few kilometres away from the new Desert X installations is artwork left by the former inhabitants of the region, the Nabateans. Thousands of exquisite rock-cut tombs dot the landscape surrounding the UNESCO World Heritage Site of Hegra, Nabatean capital and younger sibling of Petra, in Jordan. The Nabateans drew inspiration from a diverse range of aesthetic traditions, including Hellenic, Ptolemaic, and Roman.

“The Nabateans were the first to make art here,” says Amr Al Madani, Chief Executive Officer of RCU, at a press conference on the day of the opening in late January. “People have been passing through here for 7,000 years in search of water, natural wonders, and connectivity. Now it will forever be an arts district.”

“This is just one of our early experiments to understand the role of arts and culture in the development of Al Ula,” he went on.

MBS’s reforms are celebrated by many. But some of his policies have also resulted in global outcry from human rights groups. These include the continued imprisonment of women’s driving activists, contributing to the war and famine in Yemen which has led to the deaths of over 100,000 people, and in particular, the 2018 murder of Saudi dissident journalist Jamal Khashoggi. 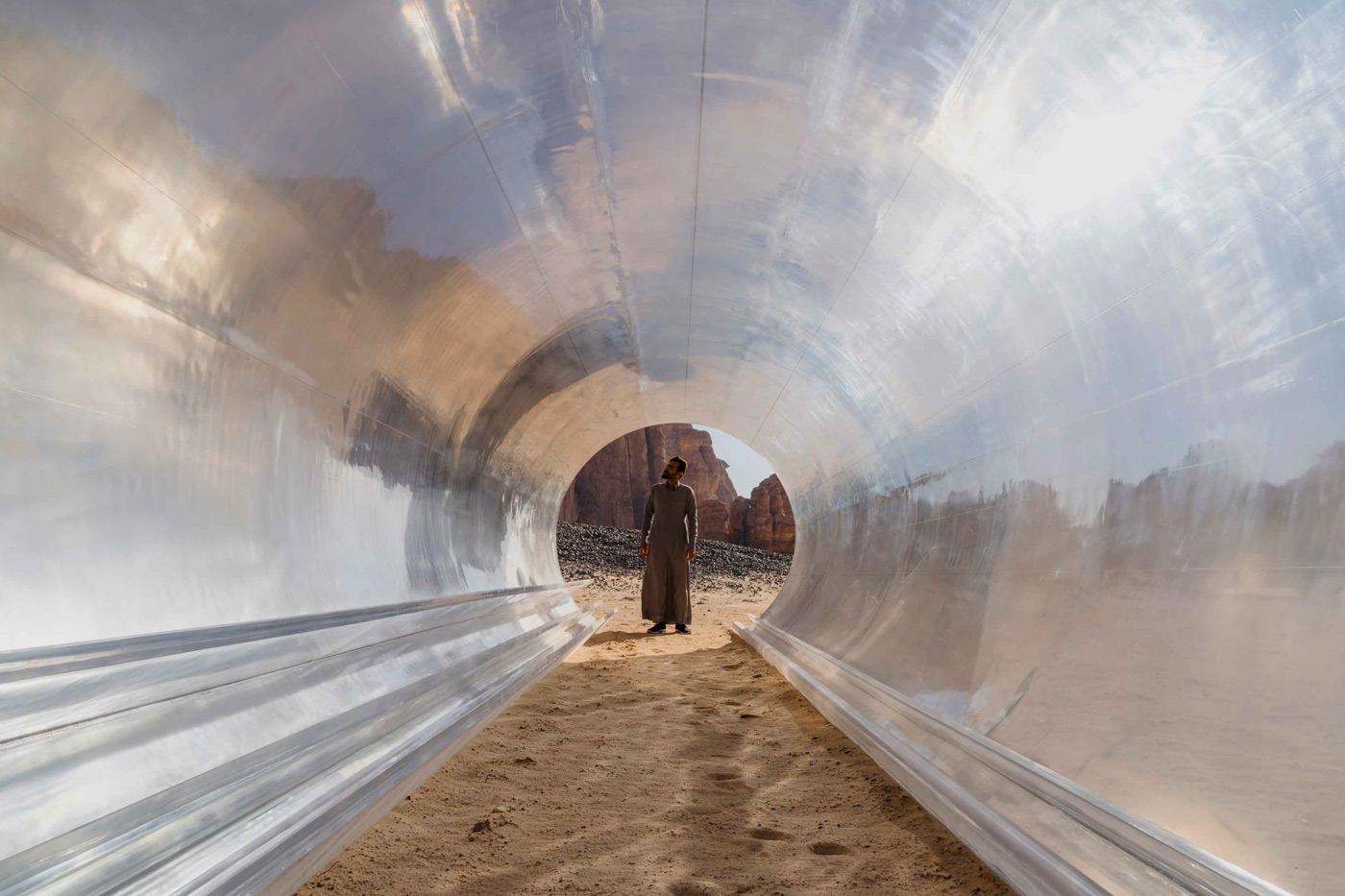 Three members of Desert X’s board resigned in protest of its partnership with RCU, which operates under the direct patronage of MBS. Others, including Los Angeles Times arts critic Christopher Knight, have raised vehement objections, calling the arrangement a “moral outrage.” Yet the artists showing at Desert X Al Ula overwhelmingly felt that participating in the conversation was more valuable than boycotting. When his collective Superflex first received the invitation to Saudi, the Danish artist Bjørnstjerne Christiansen said he spoke about the issue with his artist friends in Palestine and the United Arab Emirates. “I had no reservations once I spoke to them,” he said. “Artists we know said it’s important you’re here, with your experience, it’s important to be present and emphasise the collective.” 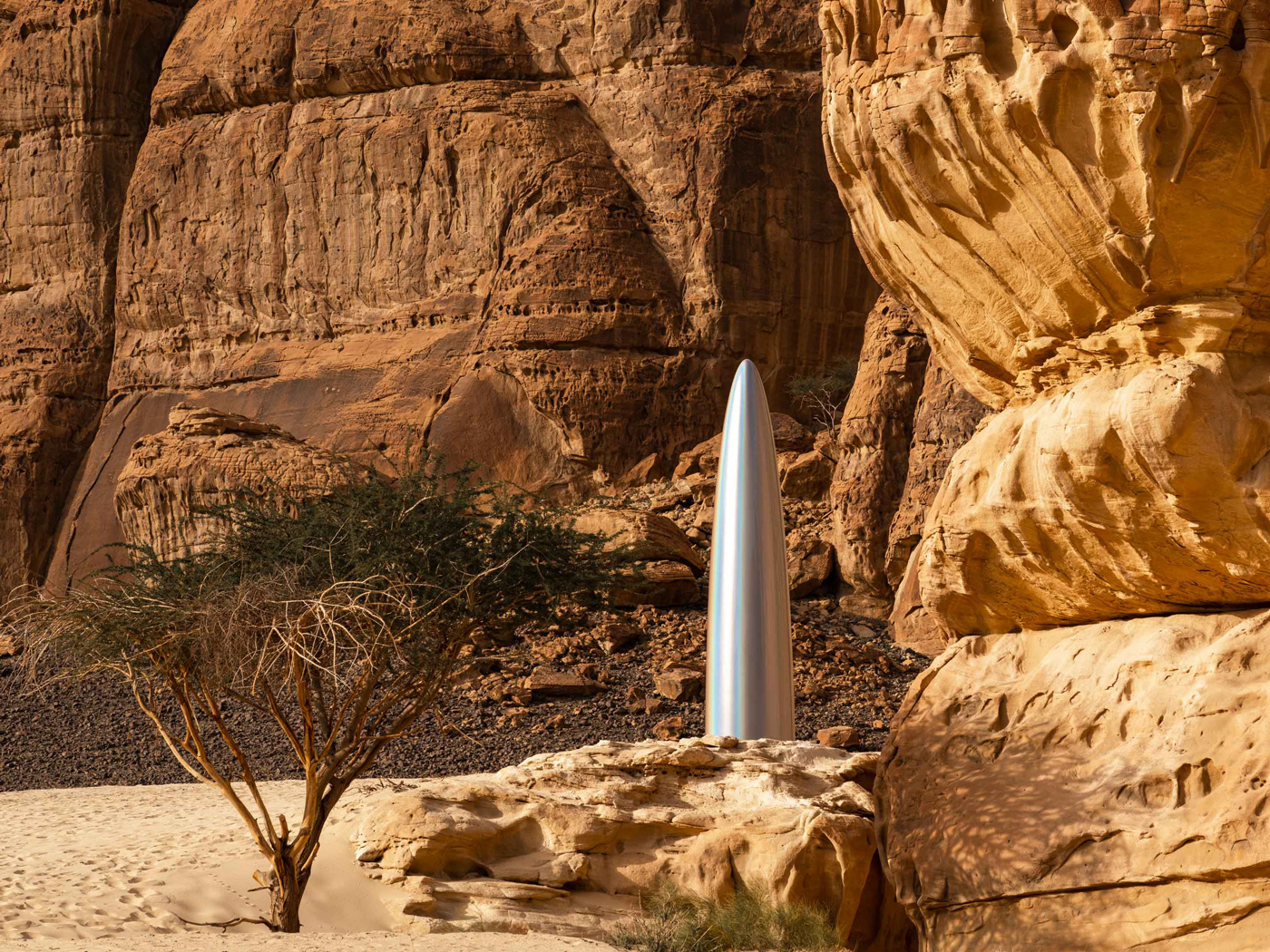 For his part, the Saudi artist and storyteller Muhanad Shono believes that Desert X Al Ula is part of a larger artistic awakening currently underway in the Kingdom. His installation, called The Lost Path, comprises over 65,000 black tubes bound together and snaking through the desert. “The amazing thing,” he says, “is seeing so many young people who have been locked away in their bedrooms developing their skills and ideas, who suddenly have all this opportunity to show and create in the arts. And their work is being respected.

That’s not to say the change has happened overnight. “My generation still suffers from self-censorship, because we grew up aware that many things were not allowed. Now we’re not quite sure where the limits are. We’re testing the waters, but I find that the younger generation are even more open and loose, more raw,” he explained. “I don’t feel fearful of testing those boundaries,” he added. “I feel excited. There’s a collective awakening.”