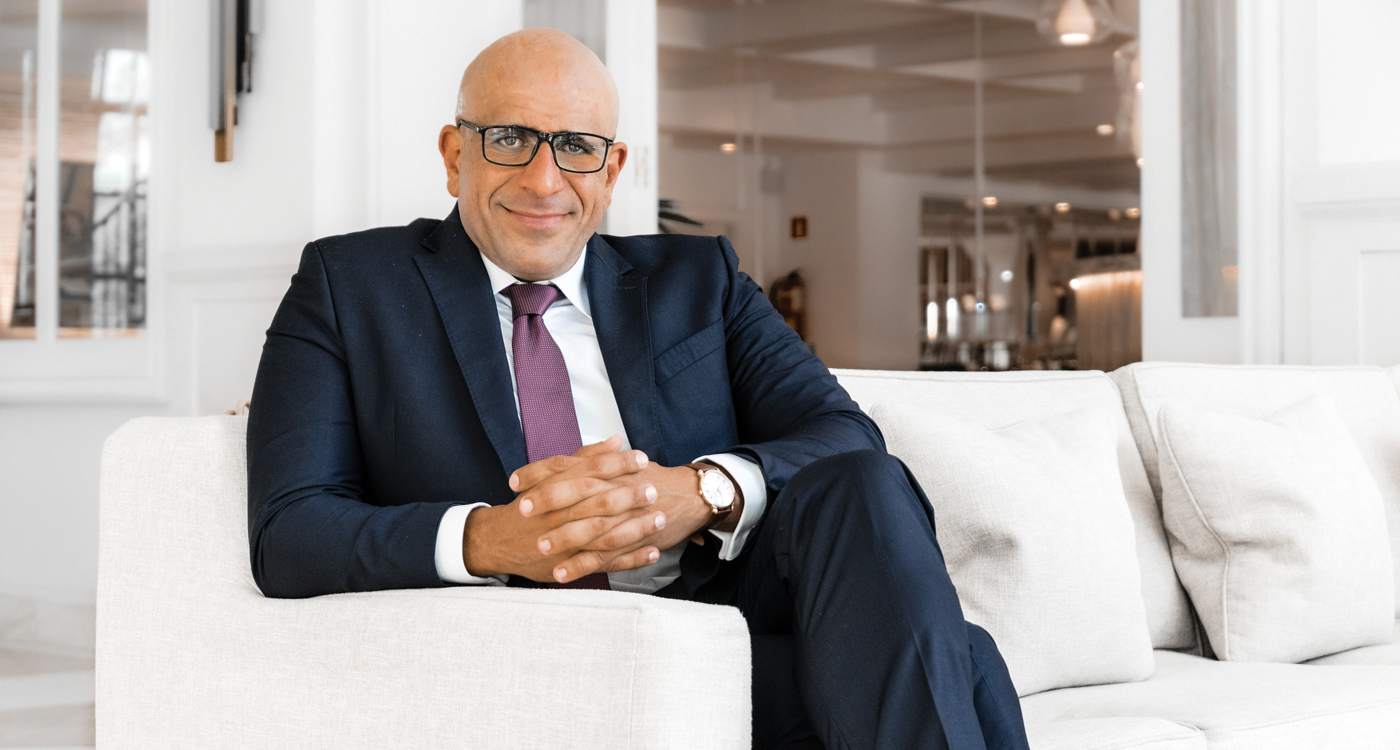 How do you change the mindset and allow entrepreneurship to flourish in the Middle East? Amir Hegazi, a former director at Souq.com and the founder of intoMENA, thinks he has the answer.

“I think what’s fundamentally missing is a more entrepreneur-centric ecosystem, where the entrepreneur is not just a player but a lead player,” Hegazi writes in a précis for his new e-book ‘Startup Arabia: Stories and Advice from Top Tech Entrepreneurs in the Arab World.’ “We need an ecosystem that organically pulls youth to rise up to their best and mine their creativity, and a full cast of support players to ensure that such individuals are set up for success.”

This idea is one that has been around the block. Ever since the tech startups of Silicon Valley created trillions of dollars in wealth and drove the US economy to new heights in the 1980s and 90s, other countries and regions throughout the world have looked to the Valley’s example. Startups in the Middle East, the thinking goes, are nimble and reactive. They earn funding on the basis of merit, unlike the region’s stodgy, traditionalist hereditary leaders for whom the status quo is working. Therefore, they can more effectively address the problems that are preventing progress in areas like individuals’ quality of life, ease of doing business, and national GDP.

TOO OFTEN POLICY MAKERS ARE MORE CONCERNED ABOUT PREVENTING HARM THAN PROMOTING CHANGE OR INNOVATION.

Many regional captains of industry have tried to kick-start the startup engine, but Hegazi’s book takes a different tack. “There hasn’t been a first-hand narrative of entrepreneurs in the region in a published book,” he says, from his base in Marbella, Spain. “I interviewed 22 of the top tech entrepreneurs in the region, asking them what changes they would like to see for the ecosystem to improve, in the fields of investment, policy and education.” 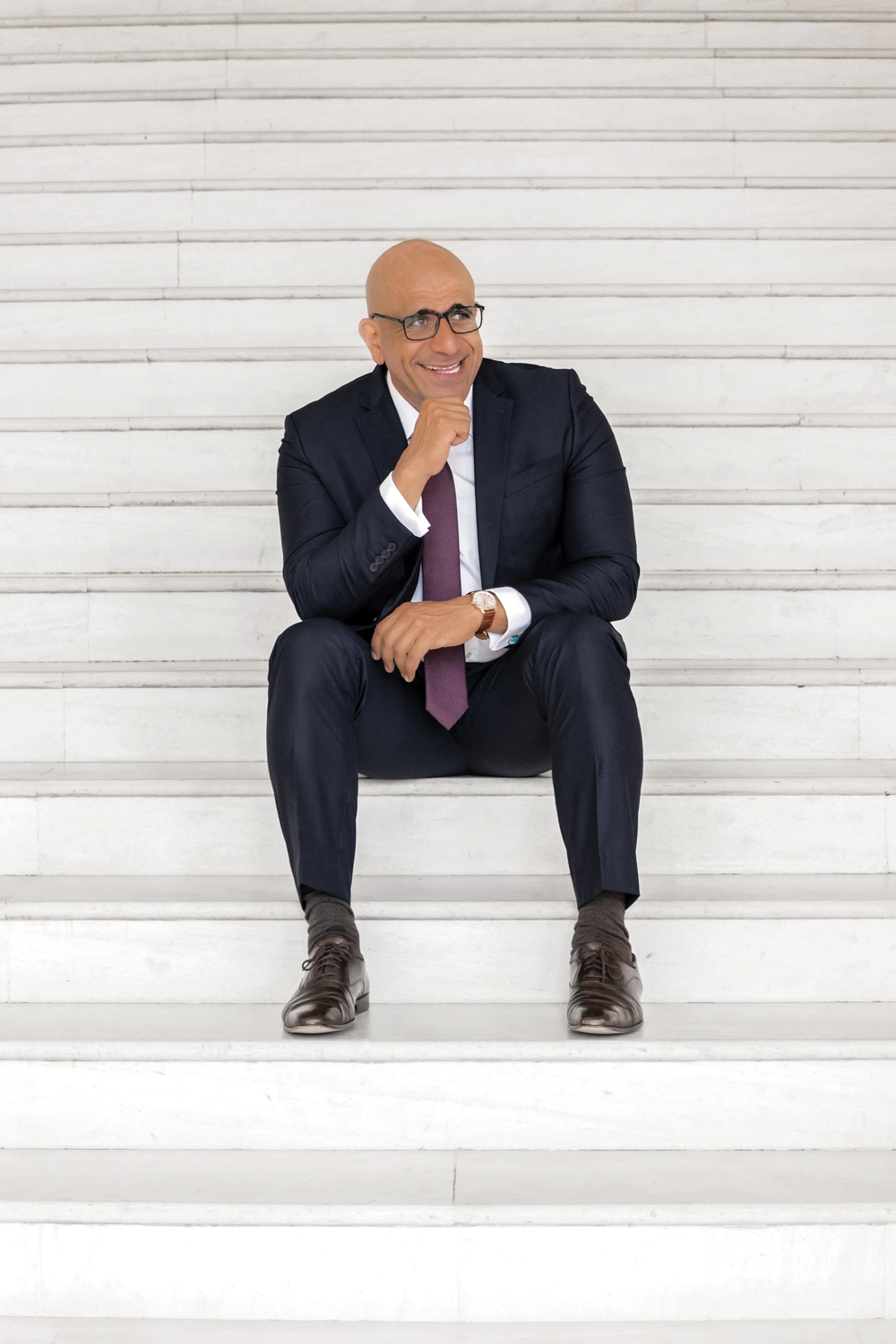 45-year old Amir Hegazi lives between Los Angeles and Dubai Right: Startup Arabia, which was released in July 2018, was actually self-published by Amir Hegazi himself.

Hegazi was born in Alexandria, Egypt, where he spent his first 13 years. He finished his schooling in Los Angeles, and it’s there that he got his first taste for entrepreneurship. “When I lived in LA after college I had a very successful fitness service company. We contracted with residential communities and corporates to provide fitness training services,” he says. After a successful foray back to the Middle East, during which he worked for JumpTV, Talfazat, and Souq.com, Hegazi founded his most recent venture, back in Los Angeles. “intoMENA is a consulting company that helps international companies do business in the Middle East. We’re always looking for innovative tech companies that could have an impact in the region, whether it’s e-commerce, healthcare, social networks, or something else.”

The author was inspired to write this book while working with Souq.com as Marketplace Director, a job that frequently took him to the far reaches of the region. “It broke my heart to meet talented, educated people with broken ambitions,” he says. “They’ve accepted the status quo, there’s no opportunity, and they’ve become pessimists. These are the people I want to target.”

What’s more, Hegazi wants to demonstrate that it’s not just people with powerful family connections or vast fortunes who have the potential to succeed. “I want to show my readers that the people in the book who have become successful are from humble beginnings who work hard and find something that works. Omar Gabr, the Egyptian founder of Instabug (a software company that provides bug reporting services to app developers, which has raised 2.7 million USD in two rounds of funding) doesn’t have a background that opens doors, or money, and look how well he has done,” illustrates Hegazi.

Inspiring entrepreneurs is one thing but affecting change among policy makers is another. “Policy makers,” writes Hegazi, “are the lead player in this ‘symphony’, they’re the maestro if you will… Their role as rule makers, protectors, facilitators, supporters, and accelerators cannot be underestimated in value chain creation.”

On the other hand, Hegazi explains to us that, “too often policy makers are more concerned about preventing harm than promoting change or innovation. Some of these imposed bottlenecks have been too protective, artificial hurdles that influence or guarantee a certain outcome. It’s best to let a market move organically in this direction.” More specifically, he cites a toxic mix of too much and not enough regulation, and a lack of specific initiatives to promote the ecosystem, including education and new curricula, as well as mentorship programmes.

Education, Hegazi believes, is the key to change in the region. “I’d love to get the book into colleges to provide additional case studies for the curriculum. The key is to plant the seed early enough to build the mindset and character of an entrepreneur, well before they do a startup.”

Despite the challenges, Hegazi sees potential. “What makes me hopeful for the future is a collective mindset you can sense from the youth, as well as policy makers and investors. There’s definitely an entrepreneurial energy going now. There’s a maturity there that wasn’t before.”