Products | Decor | Khaled El Mays: The brain and the escort defined Lebanon in the 1990s 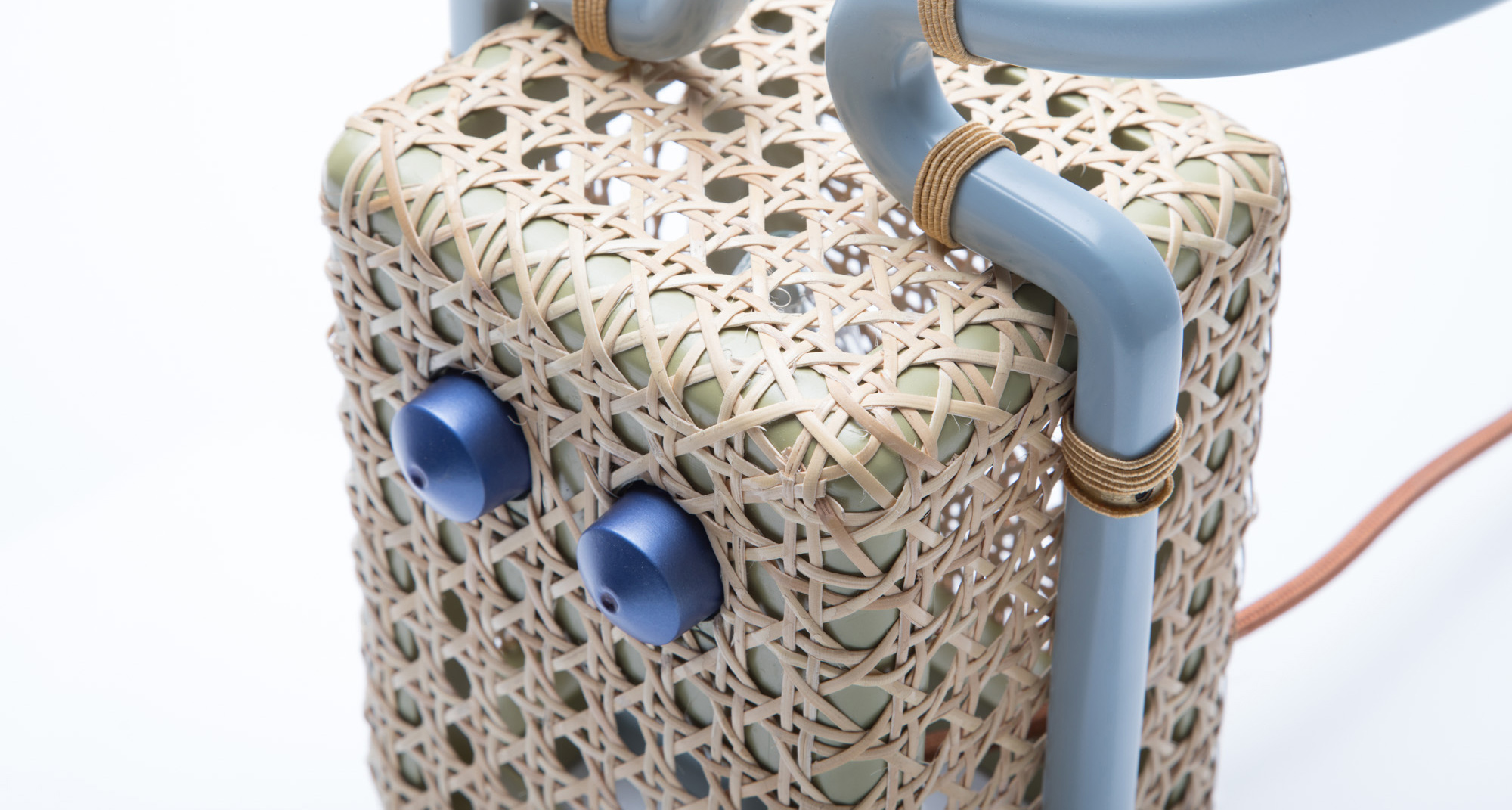 Khaled El Mays: The brain and the escort defined Lebanon in the 1990s
April 4, 2018 Marwan Naaman 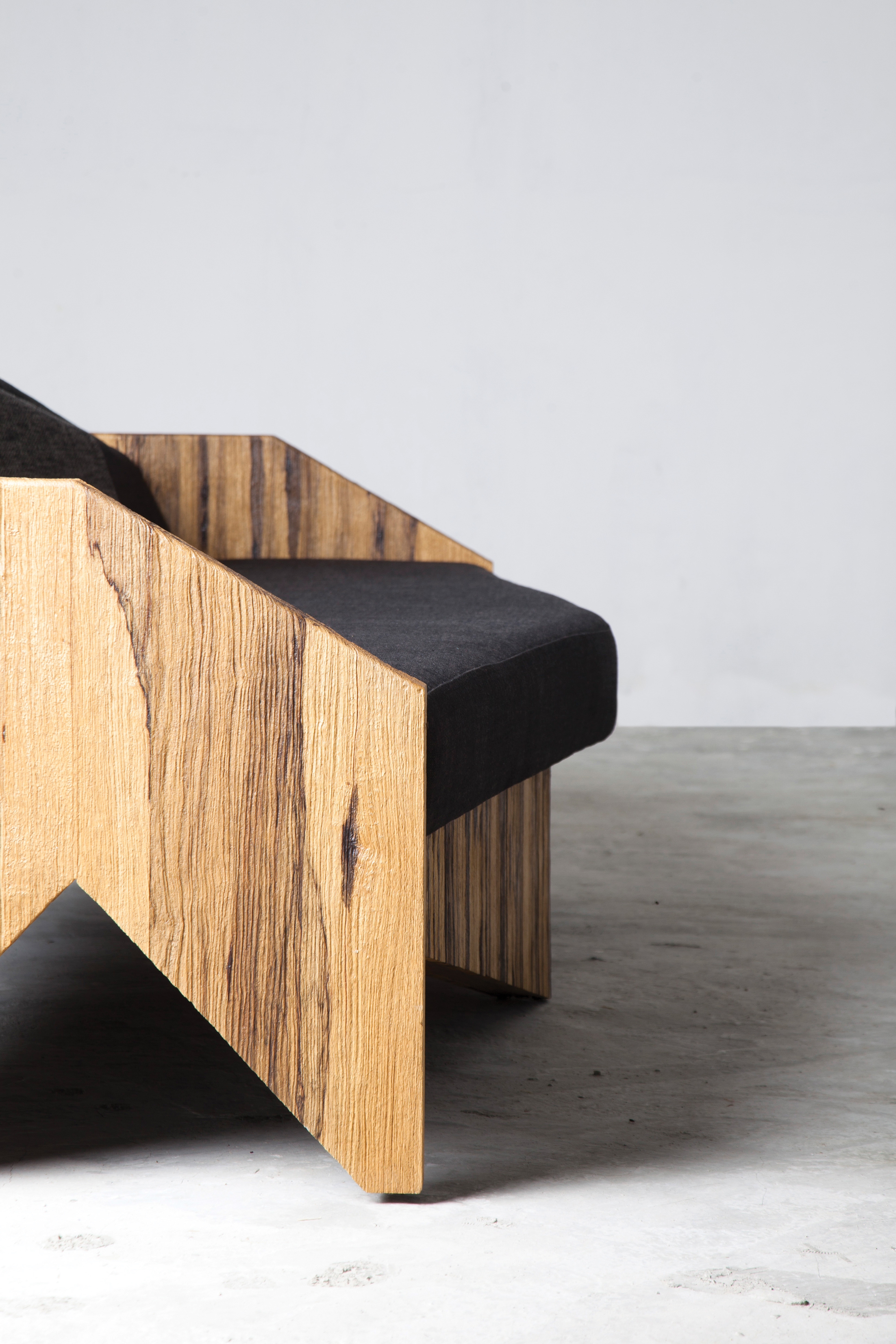 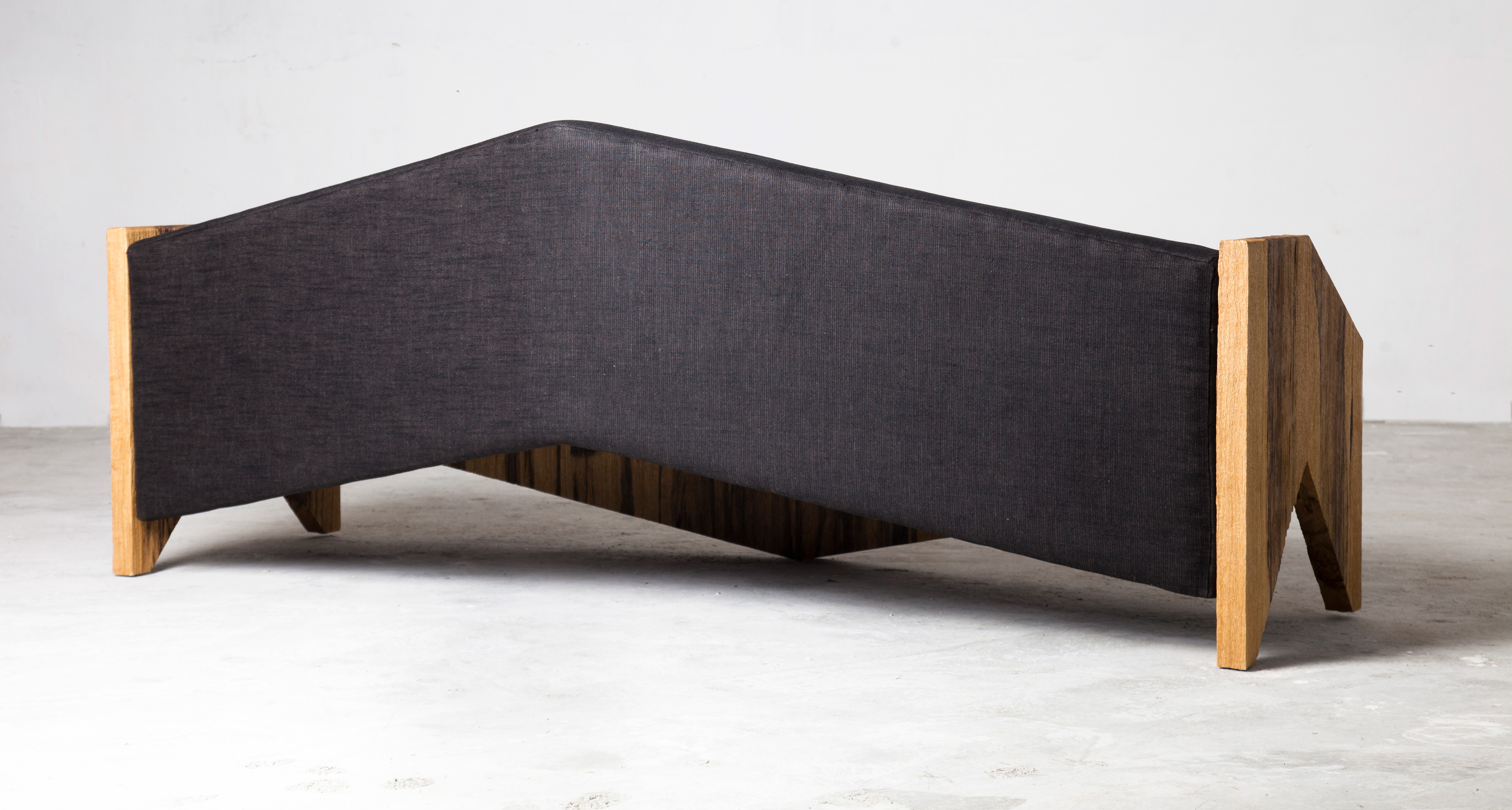 It’s only been five years since Khaled El Mays launched his own furniture design brand but he’s already garnered an incredible amount of coverage with features in Wallpaper, The Observer, The Financial Times’ How to Spend It and Architectural Digest. The Lebanese designer’s upcoming participation in Milan’s Salone del Mobile in April, as part of the prestigious Nilufar Gallery showcase, caps off half a decade of work and puts him ever closer to achieving his dreams. 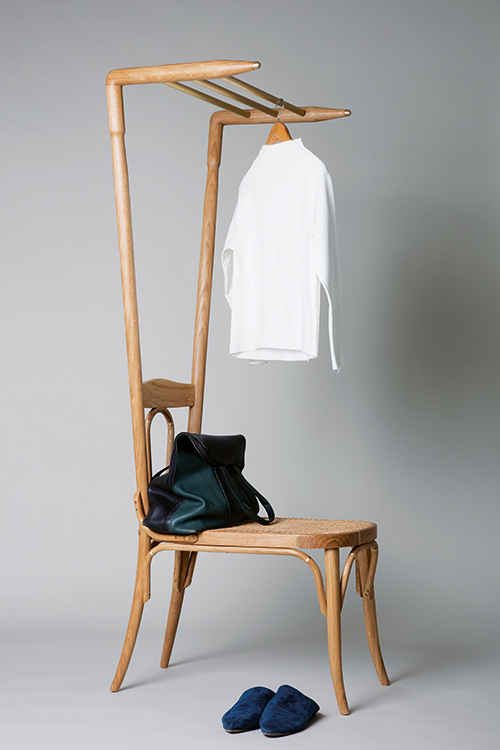 El Mays plays with the traditional proportions and detailing, using solid walnut with brass and Mother of Pearl accents.

The 32-year-old designer first attracted international attention in 2013, during Beirut Design Week, when he launched his Rhizomes collection, which included a series of stools, tables and benches with distinctive, pointed legs, produced in wood and in a wide array of colours. “I designed 30 pieces within the same aesthetic in wood only,” says El Mays. “And I kept it as a typology. All of the objects came from one initial idea.” While similar because of their delightfully pointed legs, the furniture pieces are all different, providing an inspired variation on a common theme.

Prior to his foray into design, El Mays had dabbled in a number of fields, including photography for Hearst Magazines in New York and teaching at the American University of Science and Technology in Beirut. Those stints came on the heels of his studies – he’d just earned a degree in architecture from the American University of Beirut and an MFA in digital arts from Pratt Institute in New York. “I was still unsure about what to do,” he says.

Launching that first collection (Rhizomes) cemented him on his current career path, and he gained further acclaim in 2016, when he participated in House of Today, Cherine Magrabi Tayeb’s non-profit organisation created to promote up-and-coming talent. The exhibit highlighted the work of various Lebanese designers, among them El Mays. During the event, he introduced the Fishawy Rack and Basket, two ingenious pieces, both modern and retro, made from solid French oak, brass and rattan. In the ensuing period, rattan would become a sort of trademark for El Mays, as the material increasingly found its way into his designs.

His second showcase with House of Today took place last December, during Design Miami, when El Mays introduced two playful, mischievous and pleasingly offbeat pieces: the Mr. Brain Lamp and the Escort of the Night nightstand, both made of rattan and French oak. Explaining how he came up with the two singular furniture items, El Mays says that in this case he looked to Lebanon in the 1990s and to the arts (more specifically sculpture) for inspiration. “In the 1990s, the country was recovering from war,” he says, “and we had two things going for us, the diaspora and our role as the entertainment centre of the Arab world.” Mr. Brain, a hollow lamp with a curved top that has an almost cartoonish human likeness, represents the diaspora, Lebanon’s thinking force. The second piece, a nightstand with a generous void at its centre, captures the country’s frivolous, party-loving spirit. “The brain and the escort defined Lebanon in the 1990s,” says El Mays. 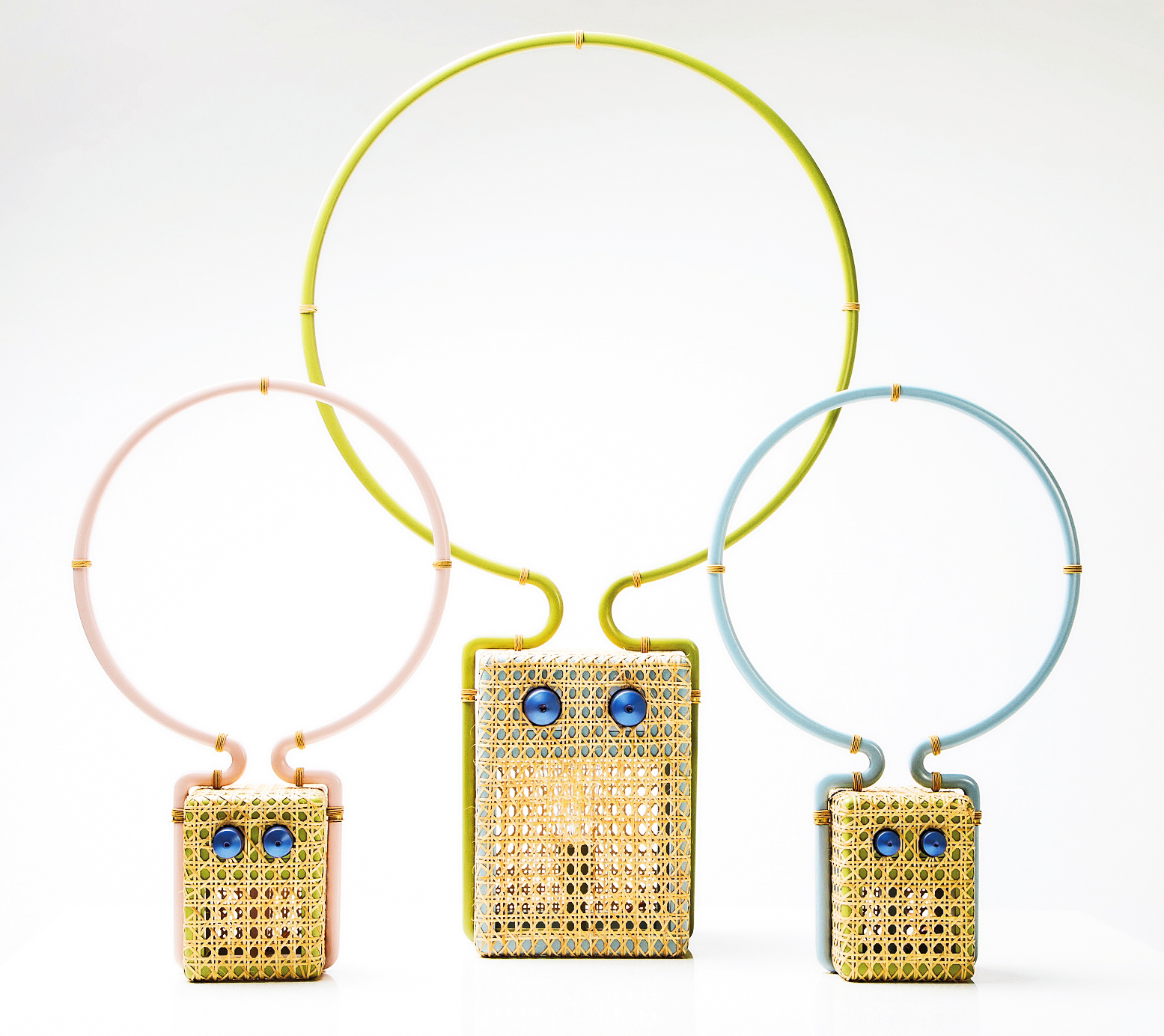 An aluminium hoop emerges from the base of El Mays’ Mr. Brain Lamp like a lightbulb above a mid-epiphany cartoon character’s head.

While he started out with the intention to design furniture and objects, El Mays feels that his work is transitioning toward collectibles. And it’s this spirit that’s undoubtedly caught the eye of Nina Yashar, founder of Milan’s Nilufar Gallery. Over the past couple of decades, Nilufar has become an international reference for vintage and contemporary design, so it’s quite a coup for El Mays to be associated with the gallery, which is now the exclusive carrier of his rattan signature look (although he can still work independently on different designs).

For Nilufar, El Mays has created 12 new pieces, all of which will be unveiled in April at Salone del Mobile in Milan. The products include a dresser and a coffee table that are contemporary but bear El Mays’ retro touch. “They’re made out of rattan, wood and thread, with lots of weaving involved,” he says. The designer wouldn’t reveal too much about his upcoming collection, but he does say that they reflect the new aesthetic he created for Design Miami, and that all pieces are made in Lebanon, as has always been the case.

For El Mays, every stepping stone in his career has been in pursuit of a dream. “When I first saw House of Today, I thought it was where I should be, and two years later I was doing it,” he says. “And it was the same for Nilufar Gallery. In my mind, I always knew I had to work and channel my energy to reach these places, to reach my goals.” 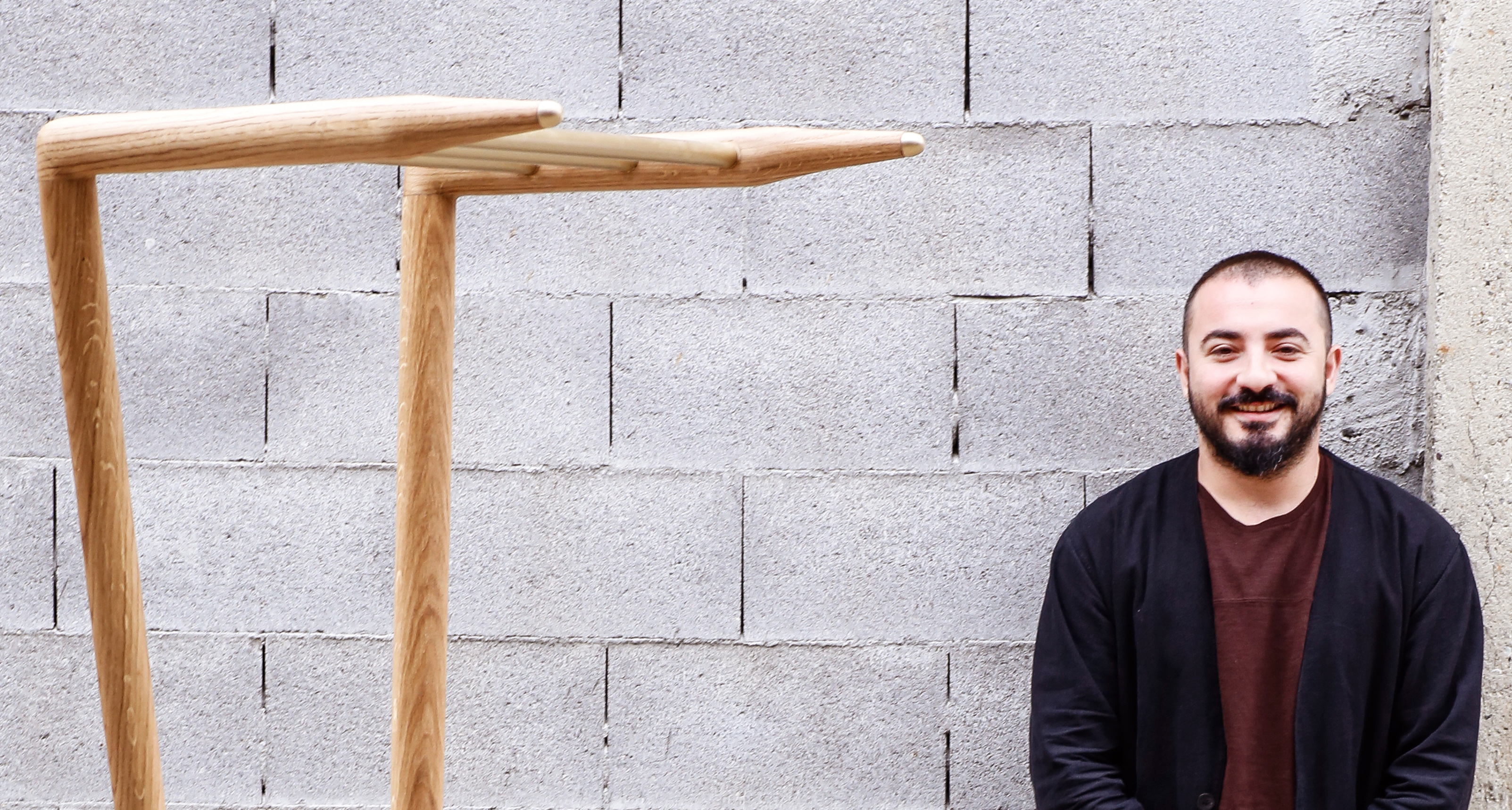