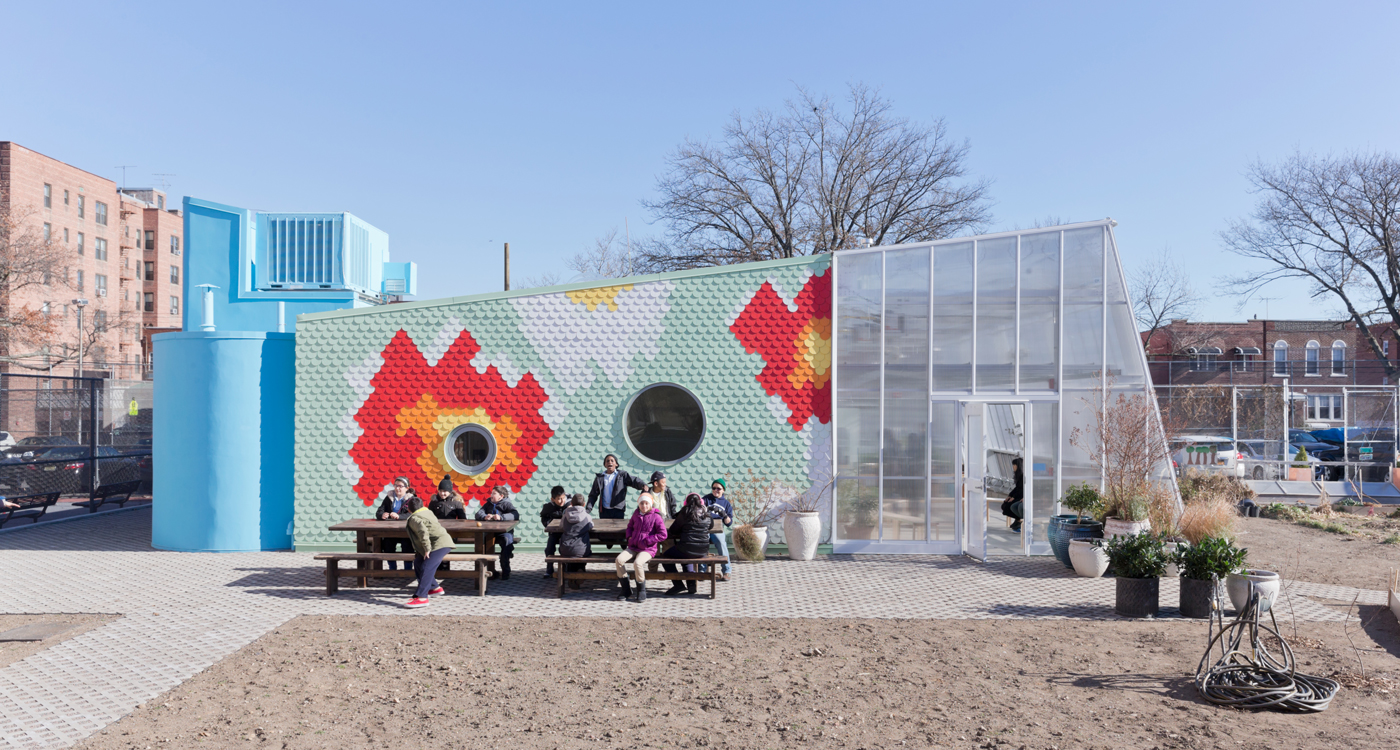 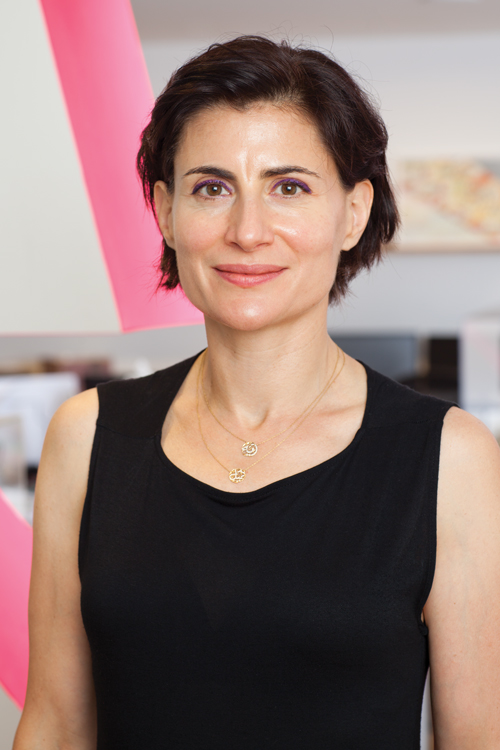 Amale Andraos and her husband Dan Wood met at OMA, Rem Koolhaas’s Rotterdam-based architecture firm, and opened a branch office for him in New York in 2002. Less than twelve months later, they decided to go it alone.

She’s the first woman ever to have been appointed Dean of the Columbia School of Architecture, but Amale Andraos has even more up her sleeve. The New York City-based architect is about to make a historical contribution to the region’s cultural scene.

It seems Amale Andraos has never met a boundary she hasn’t wanted to play with. Indeed, as an award-winning architect, her work consistently seeks to bring the outside in, and vice versa, in climates as conducive (or not) to outdoor living as Miami, northern China, St. Petersburg, West Africa, as well as her home base of New York. Andraos has now also been given the chance to bring her hybrid approach to the place of her birth, Beirut: the practice she founded with her partner, WORKac (formerly known as WORK Architecture Company), was selected by an international architectural jury to design BeMA, the new Beirut Museum of Art, which is expected to be inaugurated in 2023.

Her designs for the museum, which were released in December of last year, show quite a revolutionary approach to displaying fine art. The building is to be constructed on a site owned by the Université Saint-Joseph, on the old Green Line, which separated east and west Beirut during the Lebanese Civil War. Centred around a main pillar, the museum will comprise six floors of wraparound balconies (echoing the centrality of the terrace or balcony to Levantine architecture), allowing the works on display to appear open to the elements. The museum will showcase modern and contemporary artwork from Lebanon, the Lebanese diaspora, and the Arab world.

She confirms her predilection for blurring the line between indoor and outdoor on a conference call from her office in New York: “Our work is very interested in integrating architecture with nature and landscape. We take a look at the intersections of architecture, cities, and the environment. How to integrate inside and outside, to construct a second nature within architecture,” Andraos says.

WHEN WE DESIGN PUBLIC SPACE, WE AIM FOR A SENSE OF OPENNESS, ACCESSIBILITY, INVITATION.

It will come as no surprise to anyone who’s lived in Beirut that the proponent of such a philosophy was born here (Andraos’s family left the city when she was just three years old, but returned every summer). “Beirut has inspired me,” she says, “in its hybridity, in its mixing of cultures, different pasts, histories, its engagement with modernity, as well as its typography, and the juxtaposition of an urban landscape with the mountain and the sea.” 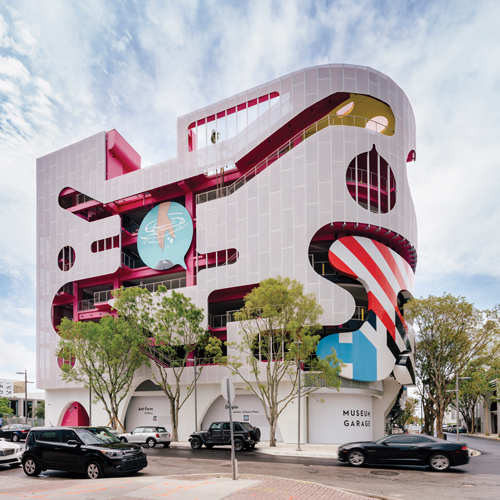 The Museum Garage in Miami is a massive 800-car parking lot in the middle of a district designed to foster pedestrian life. Its developer decided to break it up into five sections, including WORKac’s, which was inspired by the shape of an ant colony and features spaces that connect, yet appear and disappear behind a perforated metal screen.

The hard lessons from Beirut’s history of division and discord may have inspired Andraos as much as its place as an inflection point between many cultures and histories. “When we design public space, we’re thinking about how a diverse group of people can come together and how we can create opportunities for encounters between people of diverse backgrounds. We aim for a sense of openness, accessibility, invitation.”

Blurring traditional delineations of power also seems to be a pet project of the architect. Since 2014, Andraos has served as the Dean of the Columbia School of
Architecture, and she is the first woman to hold the position. “It’s not so much the title that’s important as what it allows,” says the architect. “When someone is in a position of power, you want to use it to lift others into the light and to give opportunity.” While she has been dean, “the school has become increasingly diverse and supportive of emerging voices as well as underrepresented ones.”

That’s something she values highly, as behind one successful woman is a group of predecessors. “I’ve been very lucky to meet several people who have shaped my vision as an architect,” says Andraos. “Some of them are women including Toshiko Mori (the award-winning Japanese architect) and Michelle Addington, Dean of the Architecture School at the University of Texas, Austin – but some of them have also been men who are supportive of a diversity of perspectives in architecture.”
The Iraqi-British architect Zaha Hadid has also been a major influence on Andraos, as she has, surely, on nearly every architect of her generation. “I met her once,” Andraos recalls, at a Pritzker Prize event in Miami. “It was very intimidating. I had just been named dean, and she wanted to meet me. It was a brief moment, but she has such a presence.”

Andraos’s architectural role models, today, exhibit not just technical excellence and creativity of vision, but a certain way of carrying themselves in the world. “I do think that we have a kind of responsibility to the practice and the work, but also we have to think about how architects can contribute positively to culture, to society, to moving things forward. The project of public space is forward looking,” she says.

Diversity and inclusion are not only just Andraos’s vision of the future; it’s how she sees Beirut as moving forward as well. “The only way we can maintain architecture’s relevance in the world is to bring into it a multitude of perspectives,” she says. “That’s the opportunity the BeMA site presents: it’s located on the Green Line, on a campus and proposes a unique possibility for community engagement. We’re challenging the idea of what the museum could be.” 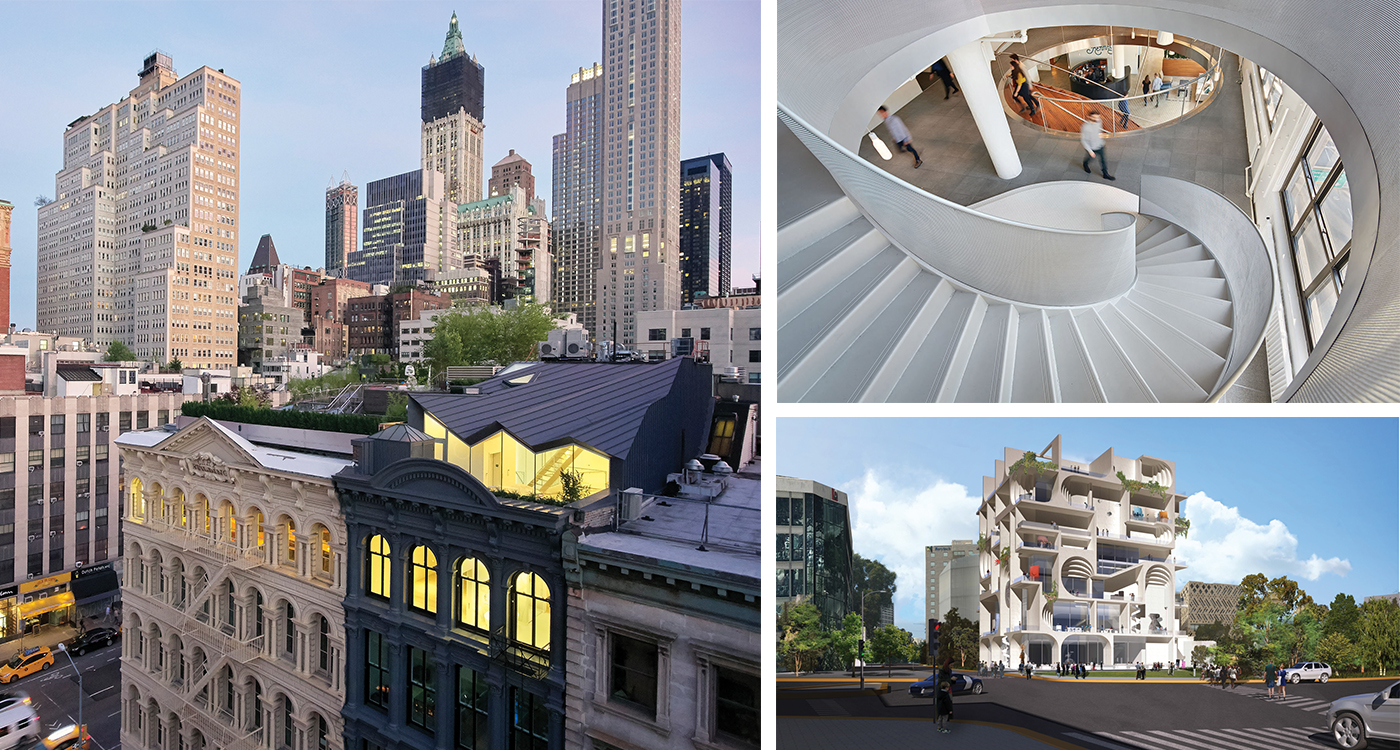 LEFT: Their Stealth Building saw the addition of a new rooftop home and a cast iron façade to a historic Tribeca building. UPPER RIGHT: The Wieden+Kennedy’s NY offices. BOTTOM RIGHT: WORKac’s proposal for BeMA was actually the architectural jury’s runner-up. But it got the nod after the museum eliminated the winner.

A Rare and Exclusive Interview with Iraqi Architect Zaha Hadid