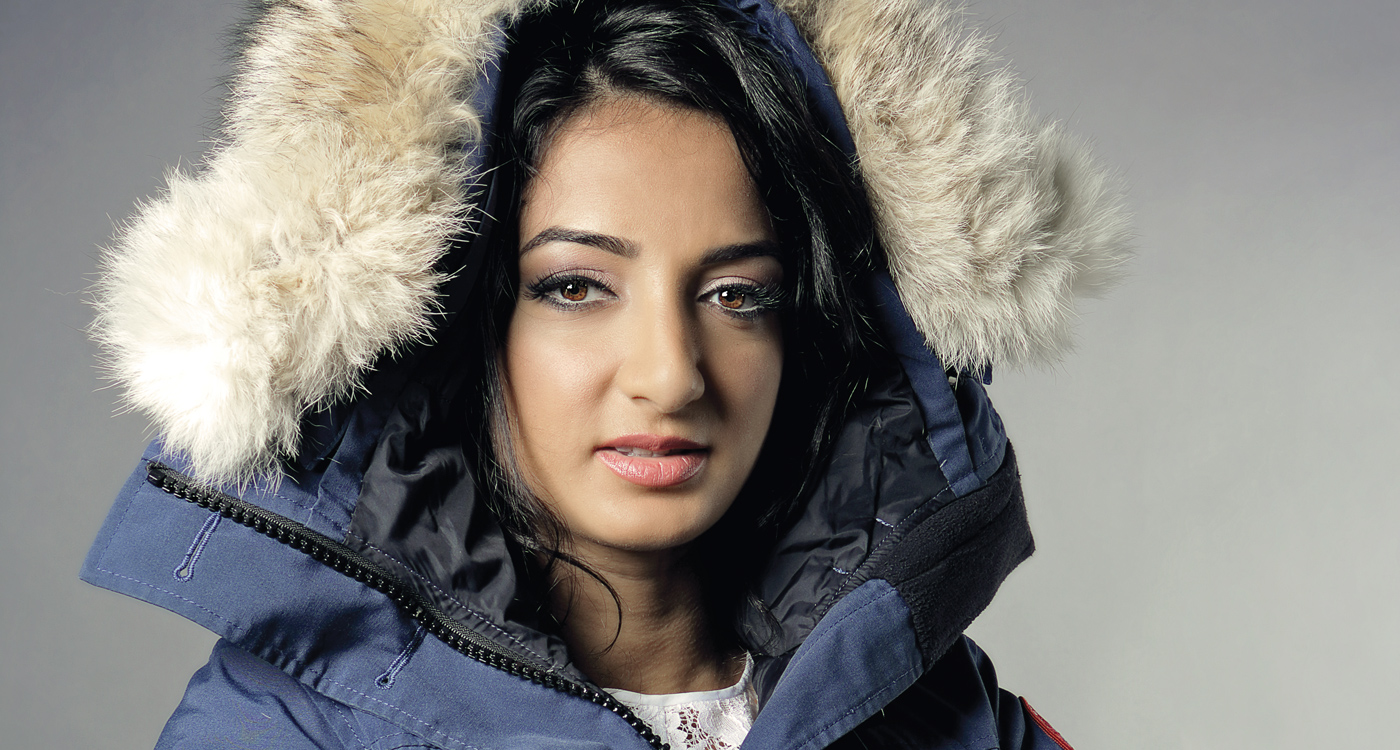 WHEN DID YOU GET INTO CLIMBING?
I grew up in Saudi until I was 16 at which time I moved to the UAE to go to university. I then got a job in Dubai at an advertising agency and it wasn’t until I was 25 that I got into climbing. That’s considered pretty late yet, even so, within a year I had climbed Everest. But listen, I put in the time, I did eight mountains in one year. So once I started, I churned out a mountain every couple of months for about three years. I really threw myself into it.

WHERE IS HOME NOW?
Dubai, the airport, the mountain or the beach, depending on which day of the week.

AND WHO IS RAHA MOHARRAK WHEN SHE’S NOT A CLIMBER?
A girl who runs around the beach with sand all over her face [laughs]. Seriously though, when I’m not climbing, or enjoying some down time, I love public speaking. I’m aware I can’t go on doing these death-defying climbs forever so my ultimate goal is to one day become an ambassador for women’s rights in sports, and preferably for the International Olympic Committee (IOC).

WHERE DOES SAUDI ARABIA STAND CURRENTLY WITH REGARD TO FEMALE PARTICIPATION AT THE OLYMPICS?
The first time Saudi Arabian women ever competed at the Olympics was at the 2012 London Games where two athletes represented us. People complained about that but in our defence at least we had two – it was a start. And last year we had four female athletes so clearly things are moving in the right direction. My concern though is that in order for us to grow and nurture homegrown talent we need to change the mind-set of families. They need to realise that you’re not born an Olympian, you’re made into one and you need to work to be the best. It’s going to take a lot of time and effort to create an environment that helps develop athletes in the Kingdom.

HOW DID YOU CHANGE YOUR FAMILY’S MIND-SET?
I was both fortunate and unfortunate to be born ridiculously stubborn. Sure it has its down sides but it did allow me to remain true to who I am and I would never have considered doing such a pursuit without my family’s approval. It wasn’t easy getting it and it took a lot of heartfelt, painful conversations. And even to this day, I guarantee you, that if you pick up the phone and call my father he will say, “I don’t know what this girl is doing but I know this is her passion.”

WHAT’S THE HARDEST THING ABOUT CLIMBING FOR YOU?
I’m an absolute desert lizard so it would have to be the cold and the wind. Also I don’t have a big frame so heavy bags aggravate my lower back.

WHAT IS THE BEST THING ABOUT CLIMBING?
Being able to do something that people thought was impossible.

MY ULTIMATE GOAL IS TO ONE DAY BECOME AN AMBASSADOR FOR WOMEN’S RIGHTS IN SPORTS.

WHAT’S YOUR MOST EXTRAORDINARY MEMORY FROM CLIMBING?
Getting to the summit of Everest was a pinch-me moment. You read about Everest, you dream about Everest, you read stories and watch documentaries and then one day you’re just standing there at the very top of the world.

HAVE YOU COMPLETED ALL SEVEN SUMMITS?
I’ve attempted all seven but I didn’t reach the summit of the last one – Denali. I call it my demon. To be honest, I don’t even feel comfortable talking about that mountain, as it almost killed me but I’ve had an honest conversation with myself and in the end, I decided to re-attempt it. As long as I can find a sponsor, I’ll do that this summer.

THEN WHAT?
Climbing mountains for me is just a form of expression. So my plan after Denali is to finish my book, which I started a few years ago, and then hopefully get it published.

NOW, CAN YOU TELL US WHAT IS INDISPENSABLE TO YOU…

1. IN YOUR BACKPACK WHEN GOING ON AN EXPEDITION?
I always take a tiny pair of my nephew’s shoes and a Saudi flag that my father gave me and asked me to plant wherever I go.

2. WHEN YOU GET BACK HOME AFTER A CLIMB?
A 4-hour shower, a huge bowl of pasta, a burger and some sweet potato fries.

3. AS A SAUDI WOMAN?
My family, their acceptance and their approval. I can take all the criticism in the world so long as the key people in my life approve of me. That’s all that matters.

4. AS A WOMAN OF THE WORLD?
My voice. What I mean to say is my ability to be who I am and my ability to recognise I can be this or that, independently.

5. FOR THE FUTURE?
To be happy and positive. What is the point of anything if you don’t laugh? Success is nothing if you’re miserable.

6. TO BE SUCCESSFUL?
Discipline because potential will be lost without discipline.

7. ON A DAY OFF?
Being barefoot, on the beach, with sand in my face.

10. TO BE HAPPY?
Attitude and not relying on external factors but rather finding how to be content within yourself.

FINALLY, WHAT THREE THINGS WOULD YOU TAKE TO A DESERT ISLAND?
A communication device so I can talk to my family, a multi-tool for general survival. And finally, Henry Cavill, to keep me company. I mean, hey, he’s Superman, maybe he can fly me off the island too.