People | Insights | Behind the Scenes at Davos: Saudi’s $100 Billion Megacity is Apparently Still on Track 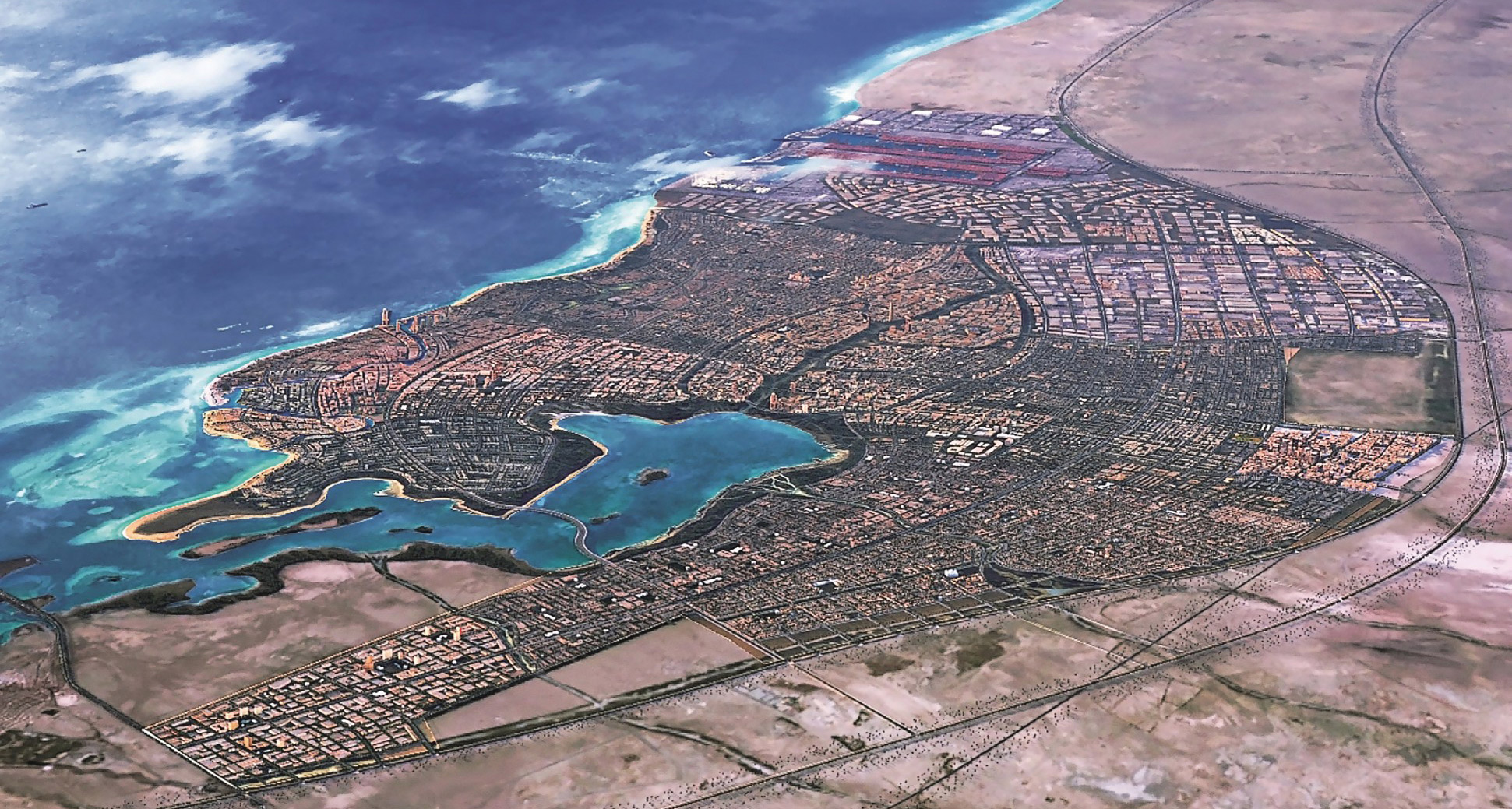 Behind the Scenes at Davos: Saudi's $100 Billion Megacity is Apparently Still on Track
February 4, 2016 admin

At last year’s Davos World Economic Forum, John Defterios caught up with the Managing Director and CEO of King Abdullah Economic City, Fahd Al Rasheed, so we could learn more about their 100 billion USD megaproject in Saudi Arabia that’ll one day span an area the size of Washington DC.

It’s nice to finally meet you. How involved in this project is Emaar?
Emaar owns 30 per cent.

I want to start off on the news side of things because everyone’s focused on oil, and how oil affects your plans, Saudi’s plans, reform plans, and then look at the strategy of the Economic City. Before we get into that though, KAEC is located around 100km north of Jeddah but you’re targeting the holy cities of Mecca and Medina [with high-speed train links], is that right?
Yes. 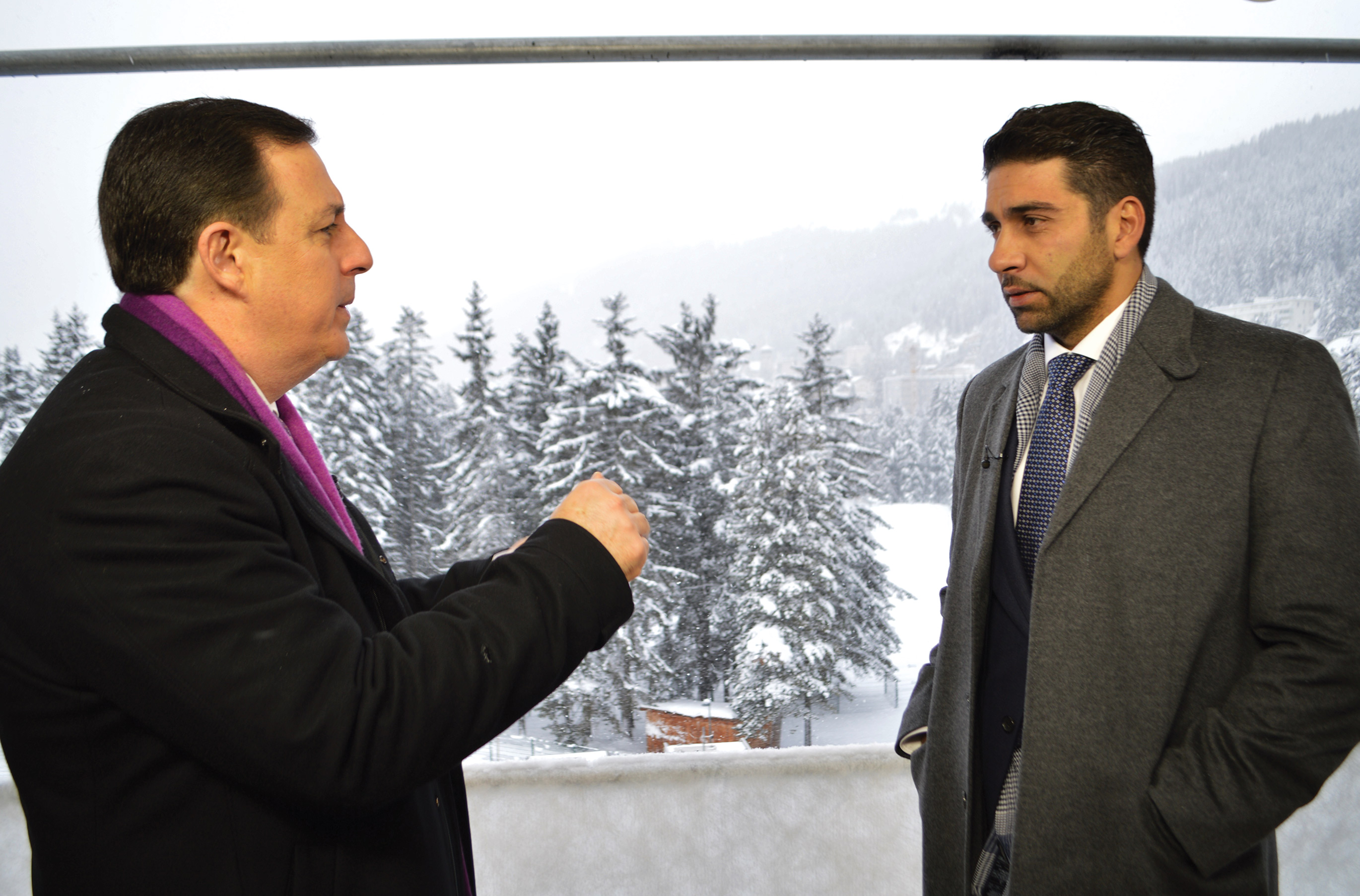 That’s what I thought…
We are going to make it a major travel and tourism hub.

The other thing I was going to ask you is what’s the population there right now?
5,000 people.

Is that right?
You have to create the jobs first and then you move the residents in.

I was following this project closely with ‘Marketplace Middle East’ back in 2005 when King Abdullah launched it and I thought it was a very innovative idea. Are the other new cities that were announced at the time still on track?
Well, they are in different phases. We are the furthest ahead and in our case, I think there are a few points of particular interest. There’s the port, which will be the largest in the Kingdom by the end of this year. It’s located on the Red Sea and we’ve just announced a new initiative of economic cooperation among all the countries on the Red Sea, in order to create a coordinated logistics strategy. Then there’s the industrial manufacturing and the 120 international and local companies who are already investing in that. And then of course we have the tourism aspect.

Given there’s a huge focus in Davos this year on oil prices and we know Saudi Arabia’s role in the global energy market so how will the Kingdom’s economy be impacted, especially since it’s the largest economy in the Middle East, and it’s been driven, in a large part, by oil? In essence, what survives in an environment where spending is cut and the budget deficit is widening. Realistically, how much is it going to hinder the Saudi Arabian economy going forwards?
Obviously, oil prices are very important to the Saudi Arabian economy but they are becoming less and less so. Actually, most people don’t know that the private sector has been growing by 8 to 10 per cent outside of the oil sector for the past decade. I think what the oil prices are doing right now is allowing us to focus on subsidy reform and generate new forms of revenue for the government but they also enable us to spend more efficiently. In other words, it’s making the government slimmer and allowing more private sector participation. So the government is now looking at all kinds of reform to allow it to address its budget requirements and it’s also looking at spending efficiency, health care, education and other sectors. We believe the participation of the private sector in the economy will take on a more prominent role.

Let me be blunt. Many believe that H.R.H. Mohammad bin Salman, the deputy crown prince, is a reformer but too aggressive, particularly because oil prices are falling so fast. Can shock therapy work for Saudi Arabia?
I think it’s also getting used to the pace of government, for in the past, we had a government that did things, but at a slower pace. Now we are seeing a youthful, dynamic government that is willing to take on the tough challenges of Saudi Arabia. So it takes people getting used to it both internally and externally.

You trust that a young man can lead Saudi Arabia in the right direction?
Definitely he has the right approach from an economic development perspective, but he is also using a big group of leaders in government and every consultant around the world is basically giving us advice on how to move forward with reforms.

Saudi Arabia is such a large economy and so important as a harbinger. It burned through 110 billion USD in cash last year. Has this transition away from oil and to the private sector changed the environment and the ability to grow?
No, I think you know that when a government has a lot of money – and this is the case everywhere – the private sector takes a backseat. Today, the private sector will have to take a front seat so the government can focus on the ease of doing business, and on the infrastructure. Remember, all of the infrastructure we have been building over the past five years, is coming online in the next two to three years. People forget what a boost to the economy this will give.

Do you agree though with the strategy the country has taken with its oil, namely to fight for market share and not be the swing producer of the world anymore? And is it a wise time to do that?
Well, I’m not an expert on the oil market but I can tell you that it’s a supply and demand game. Today, what’s happening is that supply is increasing because of shale. The shale markets have not been used to risk, they have been successful and we’ve seen a huge boom in the business. So definitely this market is being taught what other energy markets have learned: that there is inherent risk in prices.

Are you suggesting it’s a risk worth taking or that Saudi Arabia has no choice?
No, I’m not sure there is no choice because I’m not involved, all I’m saying is that it’s a case of supply and demand. Today, demand is struggling because of China, a weak European economy, a sluggish global economy and then you have an increase in supply. So it’ll be a challenge. Who knows? I don’t think anyone does actually because one day I read a report that says oil prices will recover in a couple of years and then the next I read how oil prices are going to collapse within a year.

And now to your monster project, which is just phenomenal in terms of scale: is it getting the traction you hoped for?
I think the project of King Abdullah Economic City is of strategic importance to the entire Kingdom. As a public-private partnership, it was launched for exactly this kind of moment, when oil prices are down and the government relies more on the private sector. I think we are doing our part. The port is already at 3 million containers per year and by the end of 2016 we will be at over 4 million, which will make us the largest port on the Red Sea. We’ve also become the country’s largest residential developer and that’s important given the country’s housing needs. Then there’s the fact we have attracted a lot of foreign direct investment, with over 120 companies getting on board. And by the way, 23 of those signed in 2015 so there is significant traction.

Doesn’t it seem overly ambitious that you can go from 5,000 residents to a city of 2 million people?
With projects of this scale, you have to induce an economic cycle, you’re not just reaping the rewards of a city’s economic cycle and simply adding housing. You actually have to create an economy and that’s what we’ve done in the first ten years. For the next ten, we will be reaping the rewards of that, so you will see the population ramp up significantly. As I mentioned, we will be almost doubling our population every year, hitting 50,000 by 2020 and more than 100,000 by 2025.

The KAEC is the first of Saudi Arabia’s new cities but you have to get it right for the others to follow suit, is that correct?
City building is a very competitive space. There are 240,000 cities and towns in the world today so of course it’s competitive. Each one of these cities will struggle with its own economic cycle and its own development. We have figured it out maybe faster than the other cities you’re referring to but I think that the others will eventually catch up and accelerate quite quickly.

I believe one of the strategies was to develop a new city away from the established cities so there’s acceptance in society to start anew. Is that strategy working with the conservative nature of Saudi Arabia and its resistance to change?
I see it differently, I see that there are economies around the world that have decreasing populations, so they need to focus on making them more efficient, more sustainable. Then there are emerging markets that see to the 3 per cent growth a year with huge urban movements and they need new cities but that isn’t an option. The infrastructure in our big cities is lacking, it cannot keep pace with the rate of growth. So, take Riyadh for example, it’s the fastest growing city in the world, developing at more than 10 per cent a year.

But can the strategy to actually develop new cities for Saudi Arabia, away from the religious conservatives, be successful?
I don’t think that’s the idea. Rather, the idea is to develop a new urban centre that induces an economic cycle. Obviously, we want to focus on providing social services more efficiently but I don’t see my role as being that of a social engineer.

How does KAEC’s proximity to the two holy cities of Mecca and Medina fit into its strategy and how will you leverage the enormous religious traffic that Saudi Arabia attracts each year?
It is a significant amount, for we’re currently the sixteenth most visited country in the world and that’s only going to increase given the government’s drive to further the number of visitors for Umrah. In 2014, we had 16 million tourists but the plan is to reach up to 30 or 40 million so we’re going to need a lot of infrastructure. As KAEC, we have announced tourism plans of developing 36 assets, including zoos and hotels. Such amenities will allow us to leverage this growth in the market.

When you talk about the King Abdullah Economic City in Davos, and there’s a lot of competition for attention, what do people say to you?
“Wow, fascinating.”

“Big!” I would imagine. What else are they saying to you?
They want a piece of the pie.

They want a piece of it?
Yes.

Interesting. Nice to meet you.
Pleasure meeting you, thank you.