People | Design | What do You Know About Waiwai, a New Japanese-Lebanese Architecture Practice in Tokyo and Dubai? 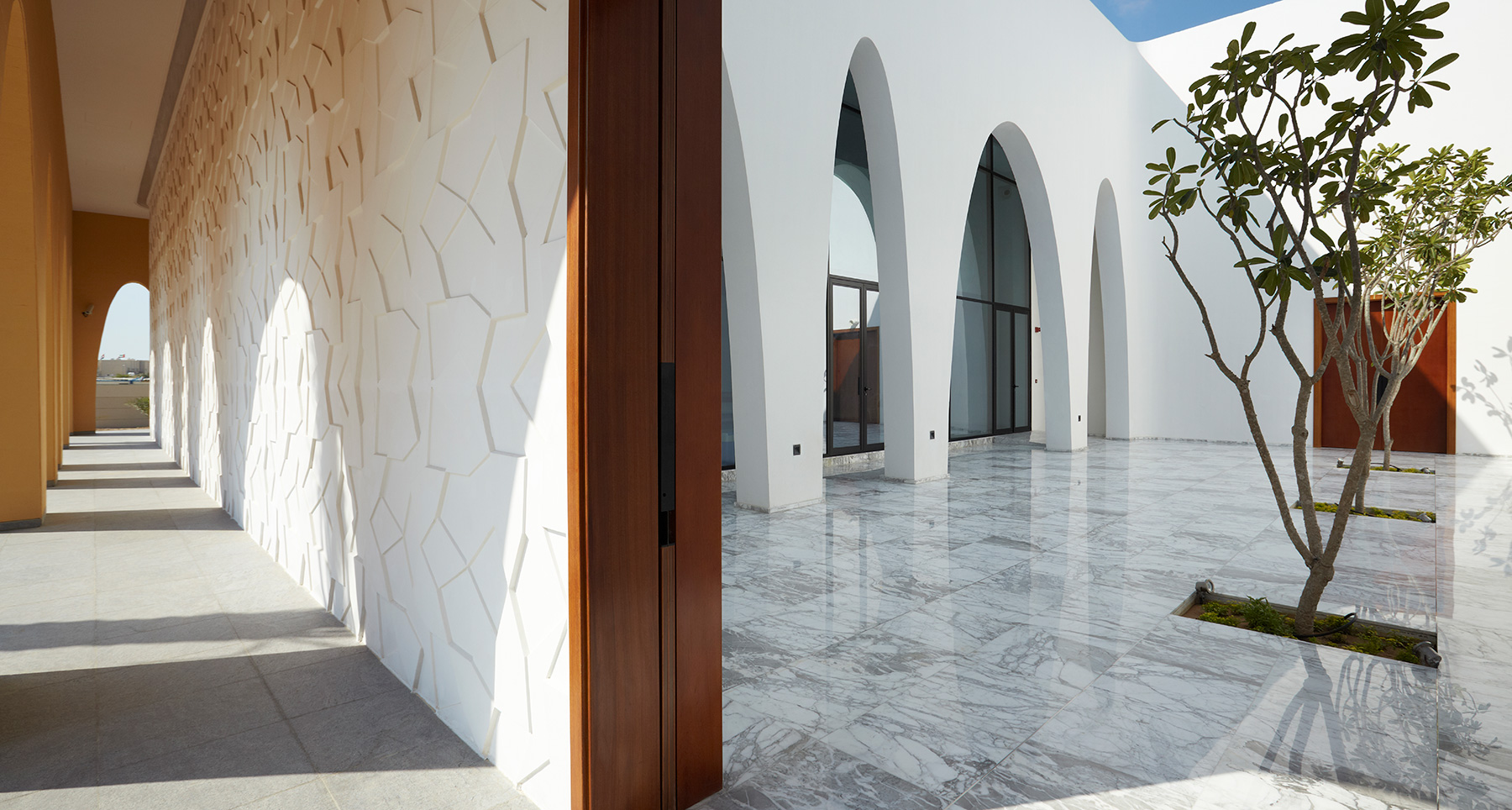 What do You Know About Waiwai, a New Japanese-Lebanese Architecture Practice in Tokyo and Dubai?
August 14, 2022 Alia Fawaz

Dubai-based architect Wael Al Awar is not a big fan of 20th century modern architecture. Rather, he subscribes to a new school of expression that eschews ornamentation and focusses on projects that revive cultural identity and craft as well as encourage public engagements and sustainability. “I don’t think of architecture as a style,” he confesses. “We are no longer engineers drawing a pretty façade, this was the old image of an architect.” Instead, he thinks the primary role of an architect is to address key problems and find smart solutions to benefit the community, while also preserving the environment.

It is this mindset, in fact, that led him to develop an ambitious research project known as Wetland for the National Pavilion of the UAE, which won the prestigious 2021 Golden Lion award at the 17th International Architecture Exhibition at La Biennale di Venezia. Thinking of ways to avert the climate crisis through his profession was the key starting point for Al Awar. “Once you start doing research, you begin to understand how the construction industry is responsible for 40 per cent of the global crisis, and concrete alone is responsible for 8 per cent of all global carbon dioxide emissions,” he explains. 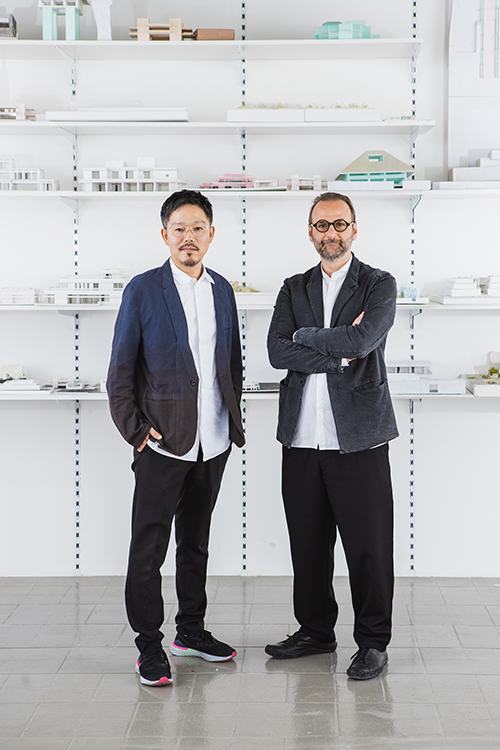 AN EXPERIMENT EXPLORING OUR WASTE AND PRODUCTION
Al Awar began thinking about the Gulf, which relies on large-scale desalination projects to create fresh water. He thought about how, once the fresh water is extracted, the highly saturated salt water (reject brine) is thrown back in the sea. Over time this process destroys marine life, including coral, and attracts more heat, contributing to major ecological degradation. Then he started to consider how naturally forming sabkhas (salt flats) can significantly absorb carbon dioxide, and were once used to build homes in the Egyptian town of Siwa 900 years ago. He realised the reject brine from the desalination plants could well be the answer. Just like the natural sabkhas, they are rich in magnesium oxide (MgO) which is the binding material that could be used in cement. They are also insoluble, which of course means they do not dissolve in water.

To present this research and illustrate its future potential in architecture, Al Awar and his team designed a hand-built 7 x 5 metre prototype structure created from recycled waste brine concrete. The protype for the Biennale was done using very high-end technology from Tokyo University, where they re-programmed devices from the gaming industry to make the organically shaped forms that were stacked together. Today, Al Awar is still working on the Wetland research in labs, in the hopes that one day the technology could be scaled up and become part of engineering buildings.

THE JAPAN FACTOR
Al Awar believes in the vernacular approach for building, where everything should be localised. He says it’s nothing new though and was something widely practiced by previous generations. “Architecture reflected our climate, the materials that were locally sourced and our culture, such as how we sit and eat and so forth. However, standardisation and globalisation eradicated all this beautiful uniqueness.” Indeed, Al Awar says he admires the work of the late architect Geoffrey Bawa, who was famous for blending the native and traditional architecture of Sri Lankan. He is also a fan of a multitude of Japanese architects, a country where he worked for six years after graduating from the American University of Beirut, in his native Lebanon. “Japan still maintains their distinct culture and heritage yet is very futuristic, applying advanced technology. This is the perfect combination for architecture,” he says. While living in Tokyo, Al Awar worked on a diverse number of overseas projects ranging from universities in Tajikistan, Kazakhstan and Kyrgyzstan and the master plan for the Education City in Qatar for Arata Isozaki and Associates to the planning of a major urban project in Dubai for SANAA/Sejima + Nishizawa. When the 2009 financial crash hit, Al Awar decided to return to the Middle East and set up his own practice, while continuing to maintain close ties with Japan through mutual exchanges and projects.

In 2018 he partnered with the architect Kazuma Yamao in Japan and renamed the firm Waiwai (a Japanese onomatopoeia referring to the sound of a cheering crowd) with offices in both Dubai and Tokyo. “I thought it would be great to link with an office in Tokyo to help diversify the design language. I contacted a former colleague in Japan who had his own practice and I suggested we rebrand and merge.” In the GCC, Waiwai quickly built a reputation for projects that address the social, environmental, economic and technological aspects of architecture. To date they have amassed an impressive portfolio that covers prominent cultural institutions including Dubai’s Jameel Arts Centre, Jaddaf Waterfront Sculpture Park, Al Warqa’a mosque, Hai d3 and, most recently, Hayy Jameel in Jeddah, a creative hub which was completed in December 2021. The latter is a mixed-use cultural hub for the arts, encompassing a cinema, a comedy club, artist studios, entrepreneurial spaces, gallery and art exhibition spaces, including several restaurants. “I’m very excited about this project,” shares Al Awar. “We conceived it three years before. The client had a vision that things in KSA were moving to a more open and inclusive direction.” 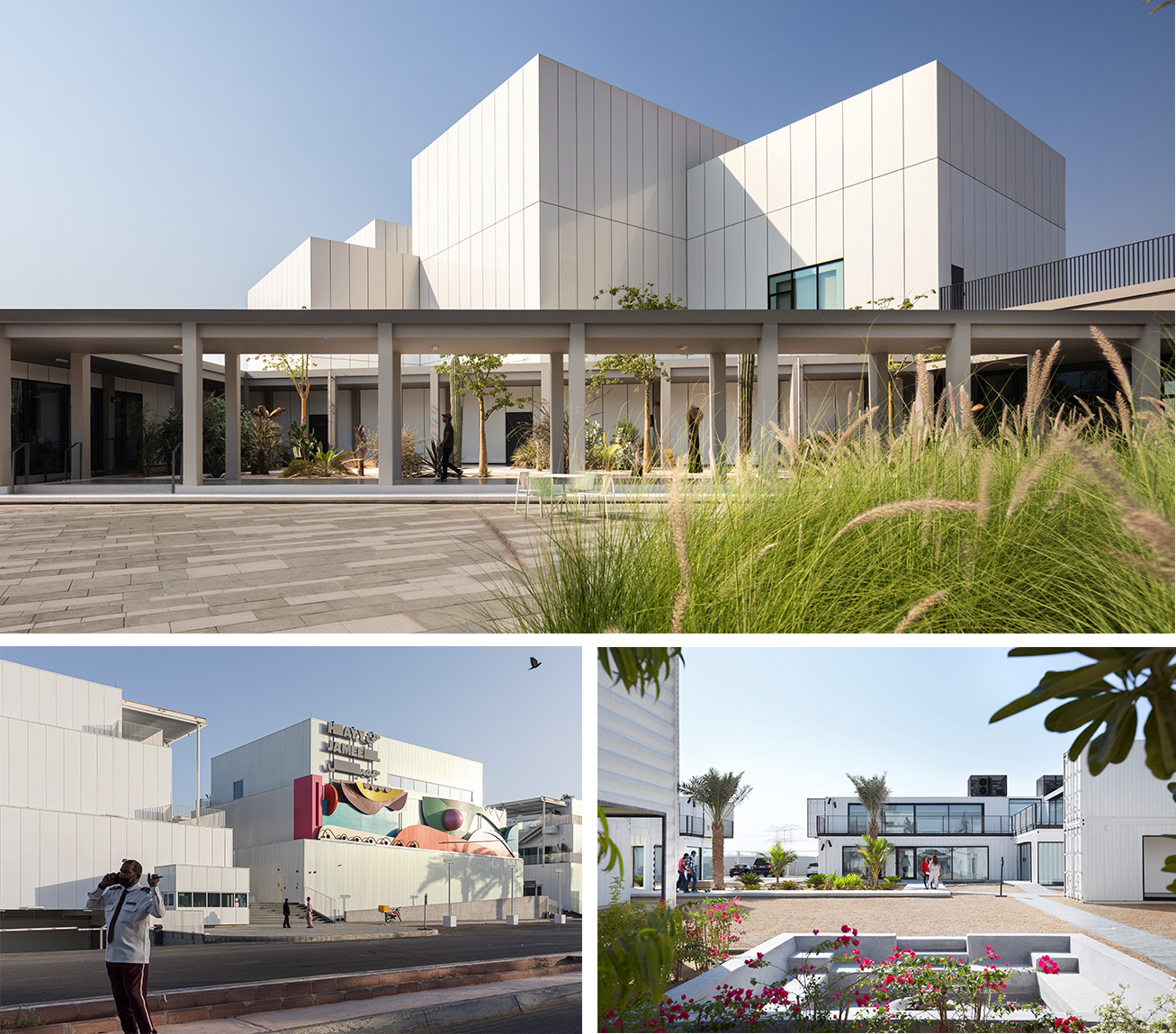 ABOVE: The Jameel Arts Centre in Dubai was actually designed by London-based Serie Architects but Waiwai was the local architect and supervisor. BOTTOM LEFT: Art Jameel’s latest creative complex is Hayy Jameel, which opened in Jeddah in December 2021. BOTTOM RIGHT: Completed in 2015, Hai d3 is a mixed-use community that serves as the HQ for the Dubai Design District.

Interestingly though, Al Awar says Waiwai is fortunate to have an even split between residential, cultural, commercial and religious projects, albeit he apparently has a slight preference for cultural projects, because, as he puts it, “I feel I can give a better contribution to society. Moreover, such projects are not simply about the traditional sense of engineering a building, it’s about social engineering, sustainability and public engagement.” When he took on the Jameel Arts Centre and the Al Jaddaf Water Sculpture Park in Dubai, for example, he decided not to have a boundary wall on these developments so the public can access them easily. “Our aim was how to do something for the city and really make it integrated and inclusive to the people. Art is about questioning humanity. It should be free, open and engaging,” he stresses.

AN UPBRINGING INFLUENCED BY URBAN DIVERSITY
Born in 1977, just after the onset of the Lebanese Civil War, Al Awar’s parents left Beirut in search of a safer place to live. He ended up having a peripatetic childhood moving between Cairo, London, Los Angeles, Washington D.C. and finally staying in Cyprus for eight years, which was his longest stretch overseas, before he finally returned to Lebanon in 1993 to resume his education. Thanks to his nomadic early years, Al Awar says he developed a strong affinity to cities, their people and their culture. He was also fascinated with the construction of cities. “This exposure drew me to architecture. I wanted to know how do you build this different architecture that is so particular to each place,” he says.

Aside from an inquisitive mind and an early exposure, it’s interesting to deliberate on what might form a top-level architect nowadays. Is it even a requisite that someone is strong mathematically, or have an artistic sensibility? We asked Al Awar for his two cents in order to ascertain his perspective on what helped him get ahead. He shook his head in response. “It’s none of those things, if you ask me. The most important trait is to be sensitive – to people, places, spaces and situations. Understanding our geography and sensitivities towards it. Secondly, communication with people is vital, as you need to talk to different people. I would compare it to being a conductor. You need to see the whole picture and everyone is depending on you to direct them.” 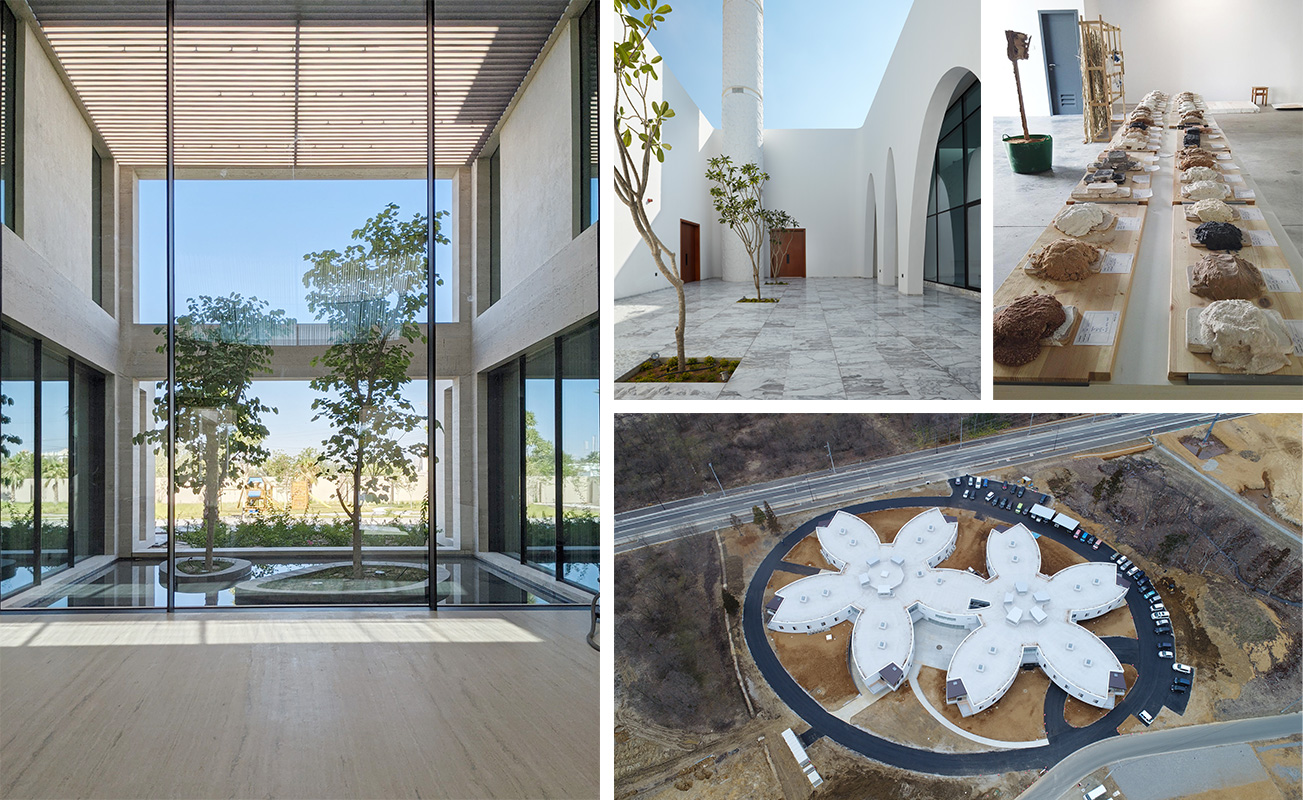 LEFT: This villa in the Nad Al Sheba area of Duba was finished in 2020 and uses a frame structure of architecture to create opportunities for courtyards, natural lighting, and double-height ceilings. CENTRE: Another shot of the Al Warqa’a Mosque. RIGHT: The UAE’s 2021 Venice Biennale pavilion, curated by Wael Al Awar and Kenichi Teramoto, demonstrated how one can make cement from industrial waste. BOTTOM: Sakura Home is a nursing home project in Mutsu City, Aomori prefecture, situated on the northern edge of Japan’s main island.