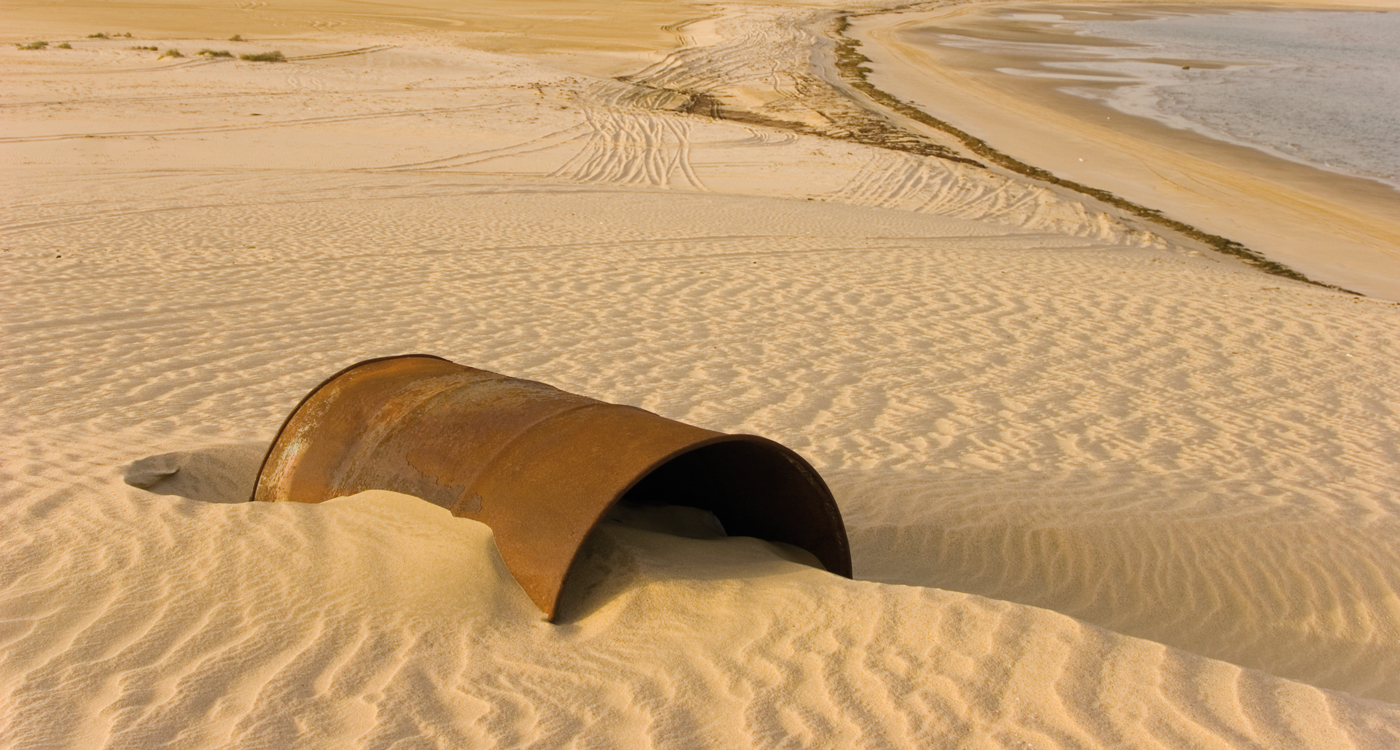 This is How Gulf Countries Will Cope When the Oil Runs Out
February 11, 2007 Dr. Marwan Iskandar 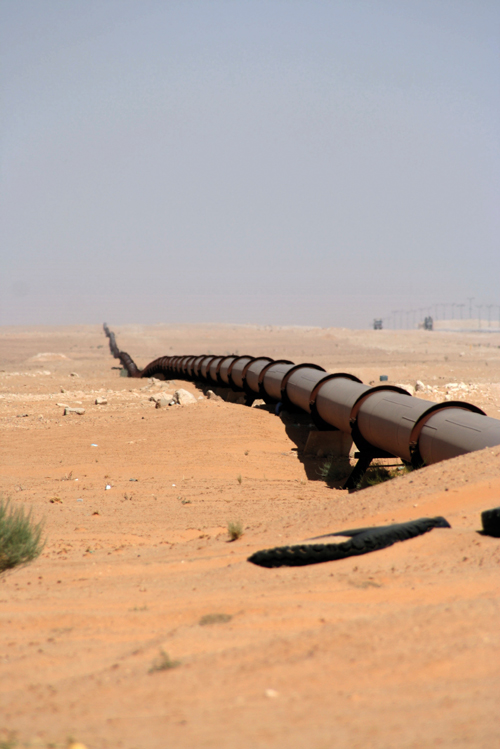 The most pertinent question for oil producing countries is what will happen when the oil is gone. But as some of the world’s largest oil producers, the Gulf countries have different ways to cope once the rigs stop pumping. Petroleum and economic expert Dr. Marwan Iskandar debates this issue.

Those in denial might think that oil supplies will last forever but in reality of course, oil, as with most natural resources, is finite. And the region’s biggest oil producers are gearing up to confront the issue head on with a mix of different policies that will ensure the vibrancy of their respective economies once the pumps run dry.

Though not in the region, Norway’s model remains the most respected option because it adheres to a strict and viable long term plan. Once oil production started in the late 1960s, the government had enough foresight to adopt an official policy of not allowing hydrocarbon revenues to exceed five per cent of their national income. Moreover, oil revenues were earmarked to be invested in long-term income earning outlets which would support the standard of living once the hydrocarbon resources were depleted.

This grouping of investments, or petroleum fund, called Oljefondet in Norwegian, is the single largest investment fund in the world amounting to roughly 260 billion USD. Its dividends have been running between two billion USD and three billion USD a month. The fund is conservatively invested, with 59 per cent in bonds and just 41 percent in equities. Though total returns have been running at eight per cent annually, the government draws down no more than four per cent, leaving the rest to compound.

Crucially and wisely, the fund is also barred from investing in the local economy. Norway learned from its early excesses and also from the lesson that countries rich in commodities rarely do as well as nations that live by their wits, so Norway has resolved to keep most of its wealth safely offshore, with teams of professional money managers advising on investments in their countries. Therefore, Norway has checked its income reliance on natural reserves, has initiated a long term contingency plan and has nevertheless achieved the highest income per capita in Europe for a number of years now.

Though ideal, the oil producing countries in our region cannot follow suit for a number of reasons. Norway was a developed country well before the discovery of substantial oil and gas resources. Moreover, since the Scandinavian country is a democratic state and a member of the European Union, its system of government has allowed it to pay greater attention to income distribution and to the welfare of its citizens. Also, and most significantly, it has not been at war or in the business of funding wars for quite some time unlike the Gulf countries. To put this point in perspective, the first Gulf War between Iran and Iraq resulted in the squandering of a total of 130 billion USD by Saudi Arabia, Kuwait and Iraq in particular. So how are the Arab states protecting their futures?

As the single largest supplier of oil at 11 million barrels per day, all eyes are on the Kingdom of Saudi Arabia and it has been somewhat preparing itself despite the fact that successive Saudi governments have not yet adopted any formal policy as such. Large investments have been made in developing economic sectors and services such as agriculture, road networks, education, electricity and the military. Saudi Arabia easily accounts for 25 per cent of total world reserves – which means that it has the potential for comfortably making further long-term investments.

At present, Saudi Arabia has healthy reserves and achieves surpluses in its budget despite the financial burdens of two Gulf Wars, the second of which left the kingdom in 1991 as net borrowers of possibly up to 40 billion USD. On a corporate level, giants such as Aramco and Saudi Arabia Basic Industries Corporations (SABIC) as well as a few other financial institutions figure among the top five hundred enterprises in the entire world. In addition to this facet of Saudi performance, the kingdom has two major but less discernable assets: tourism and private investments. As the holiest of Islamic destinations, Mecca and Medina attract over 2.5 million pilgrims a year – a trend that is bound to grow. Just as significantly, Saudi private investments are important on a regional and international scale. Saudis own major holdings in Chase and City Group as well as Deutsche Bank. They are the major shareholders in regional Islamic banking institutions and were the pioneers of this banking. Today, Islamic banks hold and invest over 700 billion USD.

The liberalization of the Saudi economy is an extremely positive feat spearheaded by King Abdallah bin Abdul Aziz’s proactive portfolio, and it has lead the way to the first gigantic development of quite possibly many more. This development of the industrial and financial free zone known as the King Abdallah Economic City (see Bespoke issue 1) shows a commitment to diversifying Saudi Arabia’s economy.

Unlike Saudi Arabia, Kuwait from an early stage adopted a policy of ensuring the preservation of financial resources for supporting future generations and sustained development. However, similarly to Saudi Arabia, it also suffered from a dramatic depletion of funds due to wars in the region. Kuwait disbursed some 50 billion USD from its hoard of funds to help finance military actions in the wars it was directly and indirectly involved in. These funds were accumulated in the Fund for Future Generations set up in the early sixties for the purpose of utilizing 10 per cent of oil revenues in investments which would then support the future requirements of Kuwaitis once oil resources dried up.

Most of Kuwait’s accumulated funds were invested in international markets particularly the United States, Germany, France and Spain. It is noteworthy that Kuwait at one time owned 11 per cent of Germany’s luxury car company Daimler-Benz but was forced to reduce this stake to six per cent while the remaining five per cent went to Deutsche Bank. One other very important Kuwaiti holding is Q8 which is a large oil distribution and refining company in Northern Europe and the Far East. The future bodes well for this Gulf state as, currently, it has been able to build up its reserves and investments to over 100 billion USD. 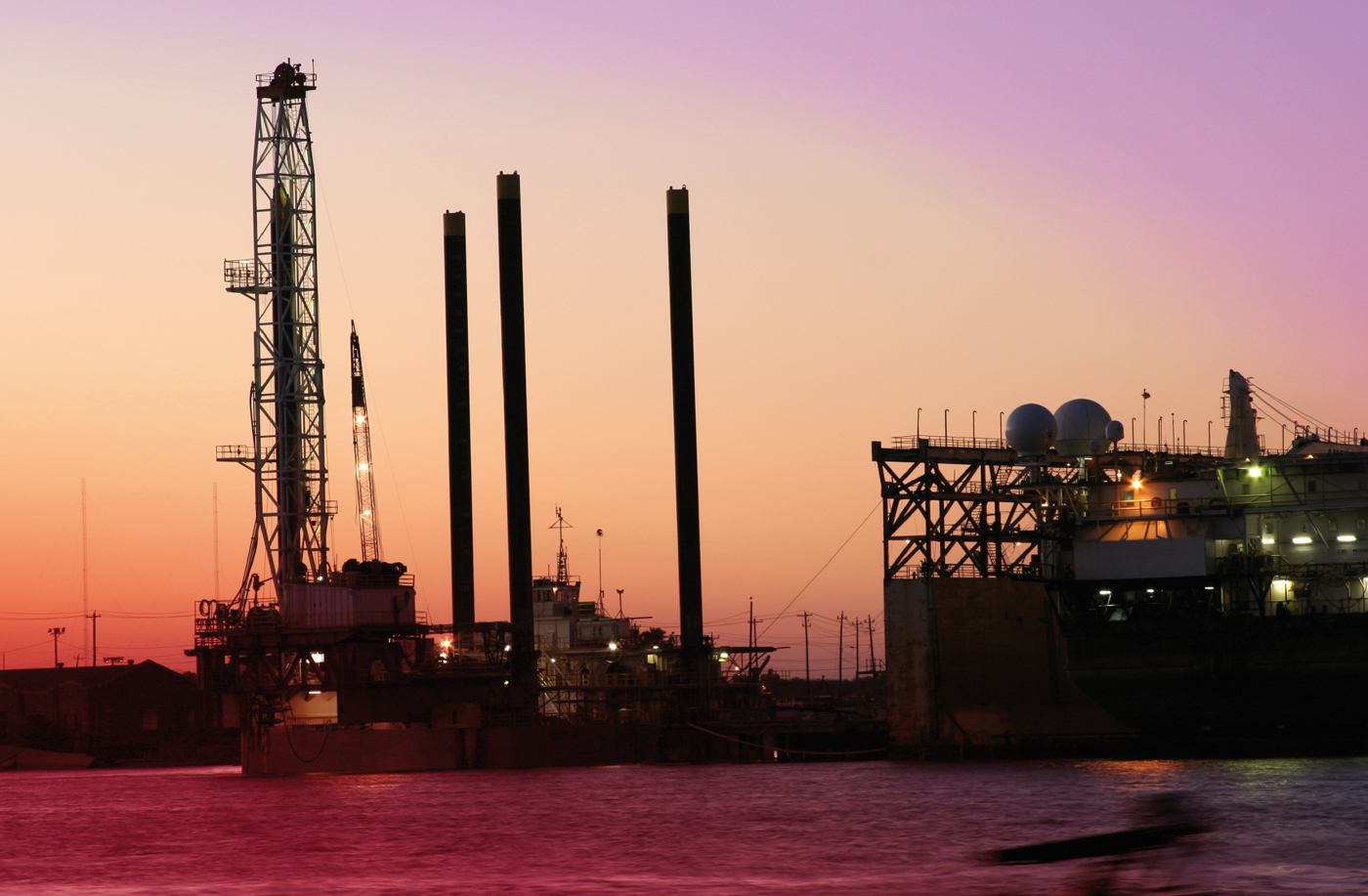 The oil-rich Emirate of Abu Dhabi is certainly on the right track for safeguarding its future. Accounting for 2.7 million barrels a day, which is nearly 10 per cent of the OPEC ceiling of production, it also produces 46 billion cubic metres a year of gas. Income from both oil and gas is estimated at 67 billion USD annually. More than 25 years ago, the Al Nahyan ruling family established the Abu Dhabi Investment Authority (ADIA), which continues to invest on a worldwide scale in Egypt, the Sultanate of Oman, Tunisia and Lebanon as well as major investments in Western countries and in liquid assets. It is not possible to judge accurately the total value of financial reserves held by Abu Dhabi. It is, however, quite true to say that they have the most substantial reserves, exceeding 200 billion USD. Add to this a yearly return of six per cent and Abu Dhabi citizens – representing 15 per cent of the population – could be provided with one of the highest per capita figures.

Latecomer Qatar provides a clear example of a country with extraordinary potential, mainly due to its large oil reserves and its seeming abundance of gas reserves. More so, Qatar is basing its liberalization on an open door policy together with strong relations with the West. The small state is a regional leader in respect to women’s rights and has no more than 180,000 citizens with a total population today of around one million residents. Income from oil and gas exports in four years time could amount to 80 billion USD depending on future oil and gas prices. And the Qataris are working hard to become a trade, investment, tourism, education and hospitalization destination. So far, Qatar is increasingly proving to be the region’s local and regional rising star in terms of financial investments and political clout.

Probably the bleakest outlook is for war-torn Iraq, especially as it continues being a less than favourable environment for investment. But the situation regarding potential funding for future generations was not always as dire. As early as 1956, Iraq formed a development board entrusted with allocating oil revenues to development projects which would serve to enable Iraq to achieve the status of a developed country in ten years with the capability of maintaining self-sustained growth. Former President Saddam Hussein’s political and military ambitions put a stop to such plans, leaving Iraq with huge still untapped oil reserves but with no safety net for the future. One thing is for sure, the concern of most Iraqis is about daily survival and not long-term contingency planning.

There is little doubt that much more needs to be done by oil producing countries in the Gulf. Diversification of production of various industrial products could be achieved in Iraq, Saudi Arabia and the Sultanate of Oman. Smaller countries with huge oil and gas resources such as Kuwait, Qatar and the UAE can develop companies with international reach and coverage with special expertise in finance, trade and tourism. Economic diversification is all the more relevant when you take into account that all these countries whether relatively large, such as Saudi Arabia, or small such as Qatar have a plethora of well educated young professionals active in different fields. Of course changes will not happen overnight given that the volume of reserves provide for another two or three generations. However, as long as expectations are not based only on the abundance of energy resources, there is hope of sustainable prosperity.