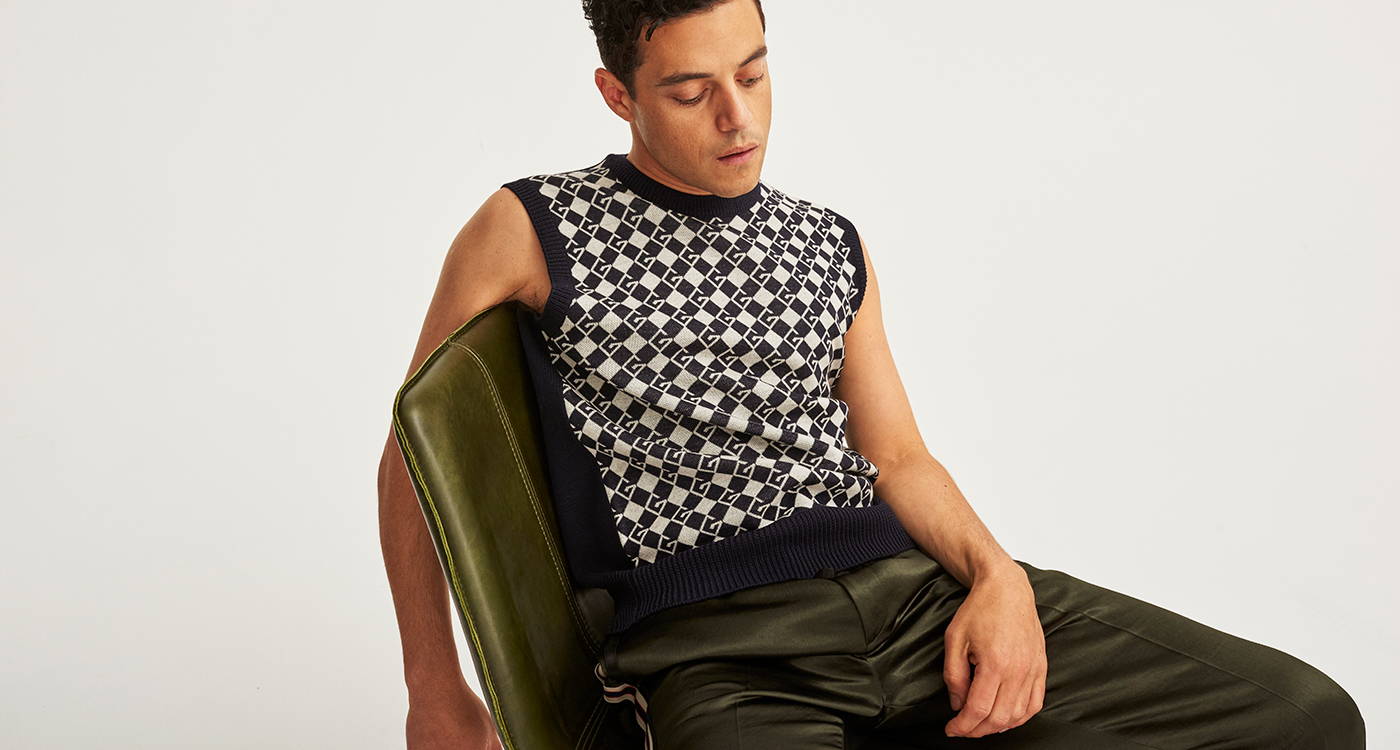 Previously best known for his role in Mr. Robot, the 37-year-old Egyptian-American actor Rami Male is now being hailed as an Oscar contender after playing Freddie Mercury in the Queen biopic ‘Bohemian Rhapsody’.

WAS FREDDIE MERCURY A HERO FOR YOU?
He is very much a hero and I learned so much from him. I think that so much of his stage persona was shaped by a struggle to find his own identity. Harnessing that and then coming out and sharing it with an audience of thousands is quite heroic to me because it sends the message that it´s okay to be exactly who you are, and that kind of elevates everyone to feel like they can be like their best selves.

WHAT WAS THE MOST CHALLENGING SCENE FOR YOU TO PLAY?
It was all very challenging. But I think that Live Aid was the most difficult scene because we started with that on the first day of shooting. I had to put so much emphasis on that performance, I was worried that if I didn´t get that right, then I wouldn´t get anything else right. Emulating Freddie Mercury, one of the most iconic, important, revolutionary artists of our generation or any generation, in one of the greatest rock performances in history – yeah, it was a little daunting. It was one of those moments – sink or swim. 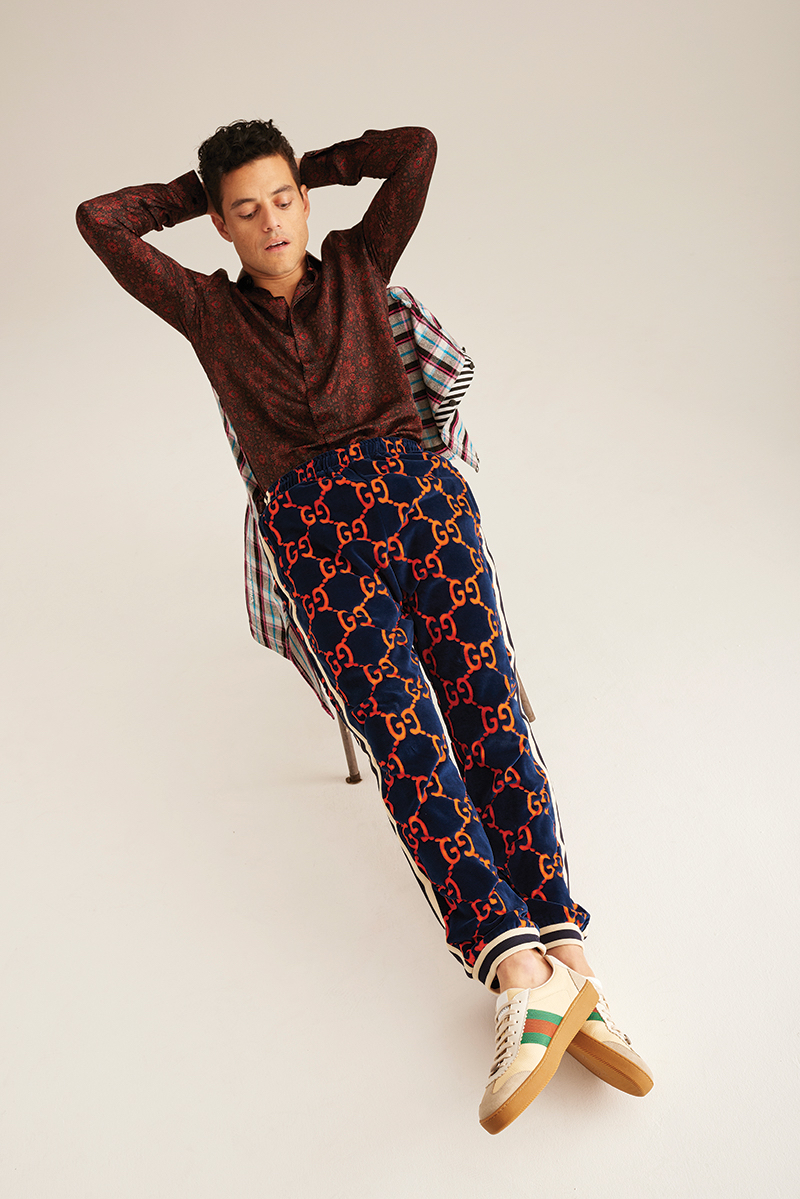 HOW DID YOU GET INTO YOUR ROLE AS FREDDIE?
Freddie Mercury is someone who is practically godlike. He had a unique magnetism, during his performances, in his voice and in the way he moved on stage – it was a bit overwhelming. As an actor, what I looked for was the human being underneath all of that. Here was a young man of very humble beginnings who felt out of place from a very young age, with distinctive teeth, who was searching for his sexual identity and who had a very complex and complicated life. It would be enough to destroy someone, right? But the fact that he overcame all of that to be exactly what he wanted to be, it’s a story that I get emotional just thinking about.

WHAT DID YOU DO TO REALLY CAPTURE HIS PERSONA IN AN AUTHENTIC WAY?
I never wanted to do a caricature or an imitation of him. But the one thing I really wanted to be able to capture was his sense of playfulness and mischief, and his joy of living. I met his sister one time on set and, I think she could see that I was asking for a few too many takes or working too hard, and she reminded me, “He was an extreme perfectionist but he also knew how to have a good time.”

HOW DID YOU HANDLE ALL THE SINGING?
Before the producers even got the green light, I actually paid out of pocket to fly to London and put myself up and I prepared with singing, dancing and piano lessons because I felt – if it happens, I can’t be on my back foot. Like if they said I’d have to be ready to play Freddy Mercury in two weeks and I hadn’t done the work, I would have been insecure the entire time. I never wanted to feel or look insecure on camera, as that would be a dead giveaway. He is one of the most confident people you’ve ever seen standing performing on stage. I had to sing at the top of my lungs, which was tough because I am not a singer. Now they’ve gone back and removed as much of my voice as they could and put in Freddie’s, because I think that’s what fans want to hear. There is a moment that you hear my voice and it is what it is, but he had the most gorgeous voice I have ever heard.

WERE YOU EVER A FAN OF QUEEN’S MUSIC?
Not when I was younger – but now I’m the biggest fan and I can’t stop listening to it. When I first heard Bohemian Rhapsody on the radio, I didn’t know what it was. I didn’t even think of it as a song really. I just thought, wow. It took me on an emotional rollercoaster, feeling giddy one moment and then thinking about my own identity. I was kind of haunted by it all, but I love the fact that music could do something so special.

HOW DID IT FEEL TO BE ON STAGE?
To get to be on stage as a rockstar is enough to make your eyes explode out of your head. It’s an adrenalin rush like no other and I’ll tell you – on the sixth day when we shot the entire Live Aid concert, I realised that it was the adrenalin that was fuelling me through. Watching him in that concert, I can now see where his adrenalin is spiking and where he just needs to sit down at the piano and he needs a breath.

DID THOSE FAKE TEETH PRESENT ANY CHALLENGES?
They flew out a couple of times. One time during ‘We Will Rock You’, I hit the microphone too hard and had to stop and make sure that I hadn’t broken that set of teeth. I had to kiss with them, and that’s not easy. Also, in a scene very early on, when I was picking up baggage that was much too heavy, I let out a gasp and they came flying out. It was actually very difficult to get used to them, but I didn’t want to, because I wanted to relate to the sense of vulnerability he felt, having to cover them up throughout his life. Even in his last interview, Freddie still covered his teeth with his hands, it´s quite sad. But I think it was no longer insecurity, it became a habit.

HOW WAS IT SHOOTING WITH MIKE MYERS?
Mike is an incredible presence on set and he keeps everything really fun. There are so many moments that he made better. It was a blast working with him, and all the boys, and we spent so much time with each other and really developed a sense of camaraderie, and indulged ourselves by throwing spontaneous things out on set. In one of the early scenes, when I walk out in that white leather jacket, he improvised with the ‘this funny angry lizard’ line. The script was incredible, but the dynamic amongst the actors has an element of naturalism that you couldn’t capture if you tried.

IF YOU COULD TRAVEL BACK IN TIME AND MEET FREDDIE MERCURY – WHAT WOULD YOU TELL HIM?
I would be a fool to waste that time with the sound of my own voice. I’d just listen to what he has to say and be a fly on the wall.