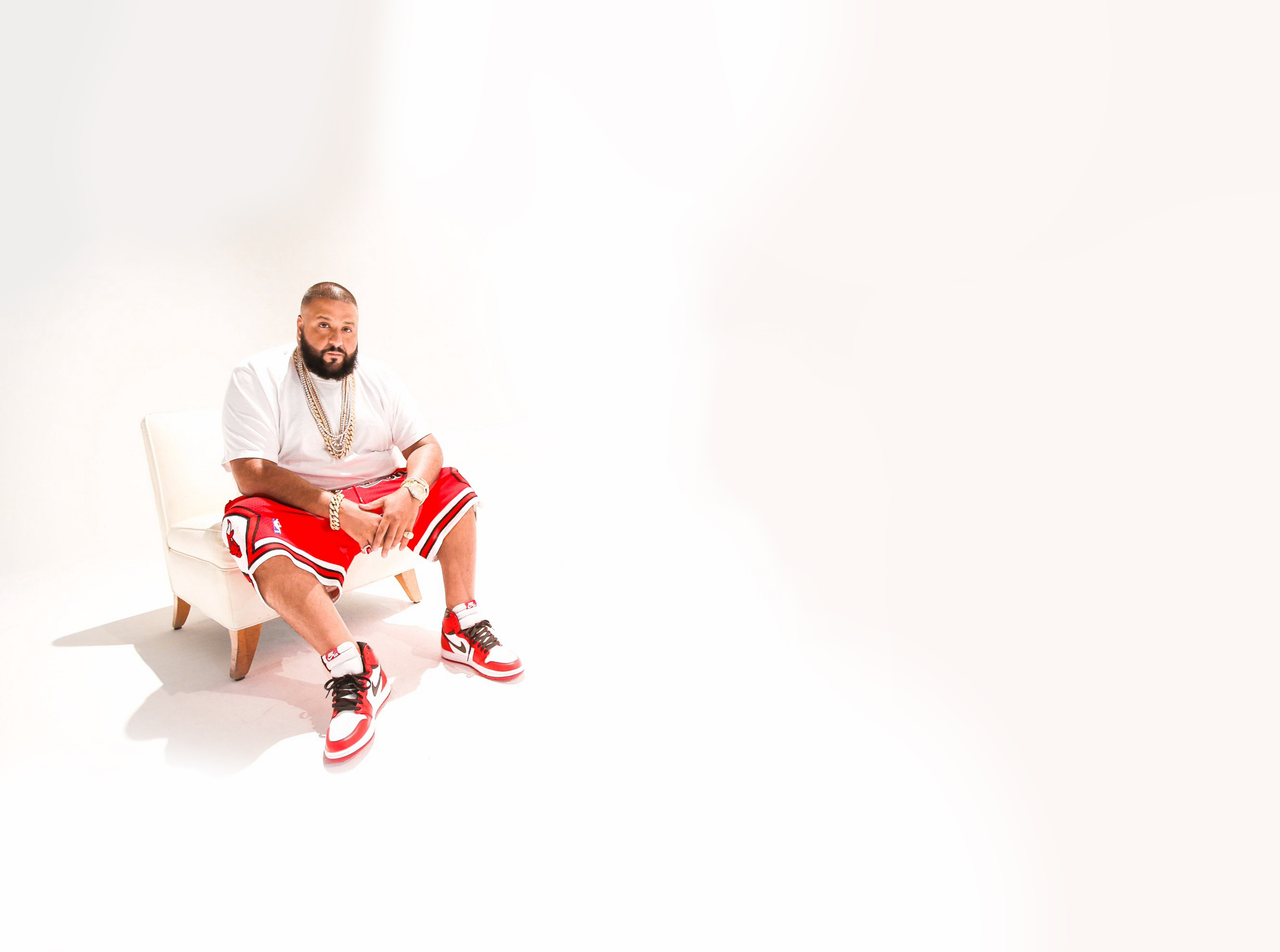 There are many cultural phenomena historians will struggle to explain when they look back at the summer of 2017. Fidget spinners. Inflatable pool floats. David Cameron’s festival cameos. But the most strange and wondrous of them all has surely been the unstoppable rise of a plus-size Palestinian-American music producer, social-media mogul and – yes, I’m typing it – Snapchat philosopher named DJ Khaled.

Now, you may think you haven’t heard of DJ Khaled. But, really, he has been with you all along, churning out hit after gargantuan hit this summer. Wild Thoughts, the sultry little number he produced with a free-the-nipple-phase Rihanna, reached Number one in the UK charts, number two in the US charts (blocked off the top spot only by Despacito) and in August he took home the Best New Artist at the MTV Video Awards, where he was nominated for three prizes. I’m the One, featuring Justin Bieber, was released just before that and now has more than 108 million YouTube views, despite the fact that it rhymes “one” with “dawn”. And Grateful, Khaled’s 10th studio album, went straight to the top of the US charts when it came out in June and is crammed with blockbuster appearances from friends such as Beyoncé, Calvin Harris, Drake, Alicia Keys, Nicki Minaj and Jay-Z. You might recognise the cover – it features Khaled’s 10-month-old Insta-famous son, Asahd, reclining in a teeny-tiny Jacuzzi.

Yet, although DJ Khaled is one of the most successful musicians in the world, he does not have what you would call “traditional musical appeal”. No, to the untrained eye, he is a soft, fleshy man-child. A 41-year-old human meme, living his best life 24/7. A velour-tracksuited court jester, a professional rap goon. I am completely obsessed with him.

He is not cool like Jay-Z, nor a savant like Kanye. Even die-hard fans will admit this man cannot sing. He cannot sing even a little bit. His sole vocal contribution to Wild Thoughts, for example, is caterwauling “We the Best Music!” – the braggadocio name of his multimillion-dollar record company – into the middle distance and jiggling his doughy midsection from side to side as Rihanna writhes against a dressing table. 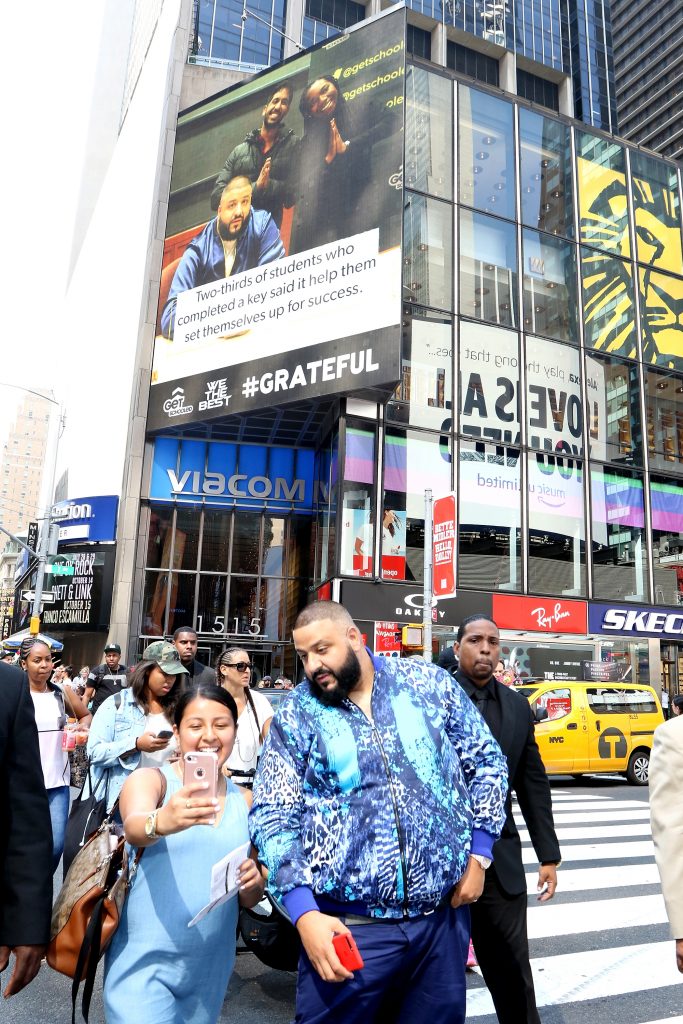 NEW YORK, NY – JUNE 13: DJ Khaled attends a Get Schooled event at MTV in the Viacom Building on June 13, 2017 in New York City. (Photo by Cassidy Sparrow/Getty Images for Get Schooled )

At the end of 2015 though, Khaled joined Snapchat and life as we – I – knew it changed. At the time, the photo-sharing app was a graveyard of transactional genital photographs. Khaled turned it into something more: a Big Brother-style live stream for his strange, meandering sermons, filmed chin-up and nostril-first from his Miami mansion. With all the relentless cheer of a YouTube vlogger and the illogical bombast of a 1980s motivational speaker, he reeled me in, and millions of others too. Each day came a new motivational dispatch from the Jacuzzi (“Keep your head above the water”), the garden (“Walk with me through the pathway to more success”), the bathroom, slathering himself in cocoa butter (“Why live rough? Why not live smooth?”). None of it made sense. I loved every second.

He started using the lesser-known key emoji as a signifier for each new nugget of wisdom. As in, “Major! Key! Alert! Listen to what I have to say!” Usage of the key went up 800 per cent in a month after he began using it. His zenith came when he Snapchatted himself getting lost after dark on a jet ski on his way back home after visiting his friend Rick Ross’ house one evening. Do yourself a favour and look it up.

Technically, Khaled – or Deee-Jaaay Kaaaled, as he likes to introduce himself, loudly, with all the subtlety of a vuvuzela – has been releasing music for more than a decade. He hit the pop consciousness in 2010 with All I Do Is Win, a song that barely cracked the top 100 – and it is truly a terrible, terrible song. But it set the tone pretty well for his world-view and became a sort of ironic hipster ‘choon’. At university, we would play it before a big night out in all its Auto-Tuned horror. President Obama even used it in 2013 as the intro music to his White House Correspondents’ Association Dinner speech.

No one could have expected his second act, though. A friend who works in digital publishing explains it thus: “DJ Khaled has mastered the art of compelling storytelling in the digital age. He essentially created his own reality-TV show on Snapchat and is now cashing in,” she says. “I don’t know if he realised how he’d resonate with a younger generation, but the beauty of it is that I truly don’t think he was overthinking it. He was simply being himself by showing off his weirdly awesome quirks.”
Now his rambling pep talks on @djkhaled305 attract up to four million views from anxiety-ridden Millennials, reportedly even more than the reigning Snapchat queen, Kylie Jenner. Last year, he published a book filled with all his accumulated life advice, The Keys. A month later he live-streamed the birth of his son, who is already part of the family biz: @asahdkhaled has 1.4m Instagram followers and is listed as an executive producer on Grateful. They recently attended the Grammys together in matching tuxedos.

So is Khaled in on the joke? It’s hard to say. Either way, underneath the undulating rolls of dad-bod lies a savvy business mogul. Accidentally or not, he has tapped into the needs of a generation struggling to connect, and everything he touches seems now to turn to gold. I’ve heard him called ‘Hip-Hop’s Oprah’, but it’s more than that: by shining laser beams of positivity into every minute aspect of his life, he has become a sort of pocket guru we can all turn to from time to time. (Seeing him chanting while sweating on the elliptical might be the purest form of fitspiration on the internet.)

As I write this, Khaled – and baby Asahd in noise-cancelling headphones, most likely – will shortly be performing on stage at the Billboard Hot 100 Festival in New York. At the time of going to press, he was Snapchatting the preparations with his glam squad (“Teamwork make the dreamwork”) – manicurist, pedicurist, facialist, all silently working together in unison. Long may it last.