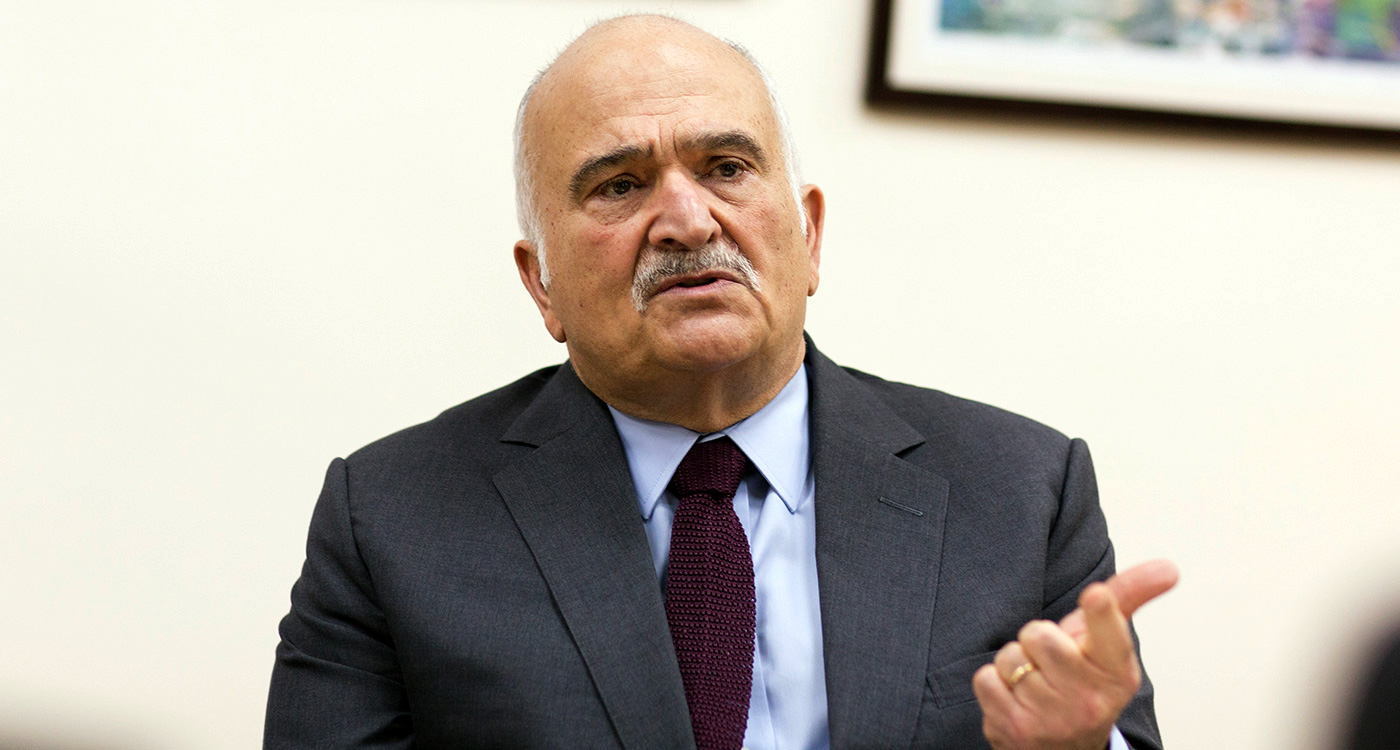 Having been appointed Honorary Chair of the World Refugee & Migration Council (WRMC) earlier this year, we sat down with HRH Prince El Hassan bin Talal of Jordan in order to discuss the state of affairs in our region.

YOUR ROYAL HIGHNESS, CONSIDERING THAT EACH COUNTRY SEEMS TO HAVE ITS OWN WAY OF FACING THE CORONAVIRUS, WOULDN’T THIS BE THE RIGHT MOMENT TO PROVE THE WEST, THE MIDDLE EAST OR EVEN THE WORLD AS A WHOLE CAN BE OF ONE VOICE IN THE FACE OF THIS PANDEMIC?
In many ways, it is a question of moving from humiliation to human dignity, but there seems to be a disconnect between geopolitics on the one side and the humanitarian situation on the other, one which against all reason, let alone humanity, has been aggravated by the world pandemic. Leaders and policy makers increasingly view the world in terms of “us and them”, my rights, my health, even if at the expense of yours. You referred to our Middle East region. I prefer a broader view, from Marrakesh to Bangladesh, encompassing the Levant in which one would also include Egypt, Turkey and Iran and of course, Israel, if and when it becomes a part of the region in terms of mutual respect. Yet this, the hinterland to oil in the Gulf and to gas in the eastern Mediterranean, has never been considered in terms of anything other than pipelines, reducing the periphery to the marginalized and dispossessed, whose needs are not taken into consideration either in terms of the nexus between water, energy and the human environment, or in terms of health, sanitation, and ecology – the basics of human dignity.

IS THE MIDDLE EAST FRAGMENTING?
In one sense, the story in the Levant differs little from those elsewhere. Polarization and retrenchment and crises have a tendency to disproportionately affect the vulnerable and marginalized. Due to a Balkanization, we see the region fragmenting, as a result of pipeline politics, into zones of influence from Libya to Syria to Iraq. The relations between Turkey, Iran and their neighbours to the west and also the ongoing crisis in Nagorno-Karabakh – everything seems to be heading towards more and more fragmentation.

HOW AND BY WHO CAN THIS BE CORRECTED?
In the case of the Balkans, there was a heavy emphasis by NATO and the US to bring people to the table in Dayton, but even those Accords are now threatened by polarization. What is at risk is what Professor Joseph Nye of Harvard University referred to as the Kindleberger trap – named after Charles Kindleberger, the intellectual architect of the Marshall Plan – who argued that the disastrous decade of the 1930s was a result of American failure to provide global public goods after it had replaced Great Britain as the leading global power. I would not put the responsibility on the US, but in this year of the 75th anniversary of the UN following those of Bretton Woods and Dumbarton Oaks, is it not time for a review? Unless and until we drop the brand names, pitting one side against the other – and let me remind you that the last Munich Security Conference was called “Westlessness” – what are these major discussions in Brussels and New York and elsewhere going to achieve? If one of the players is going to step up to a global role, ensuring a repeat of us and them, will a non-aligned movement of states be possible? What we need is alignment for peace. 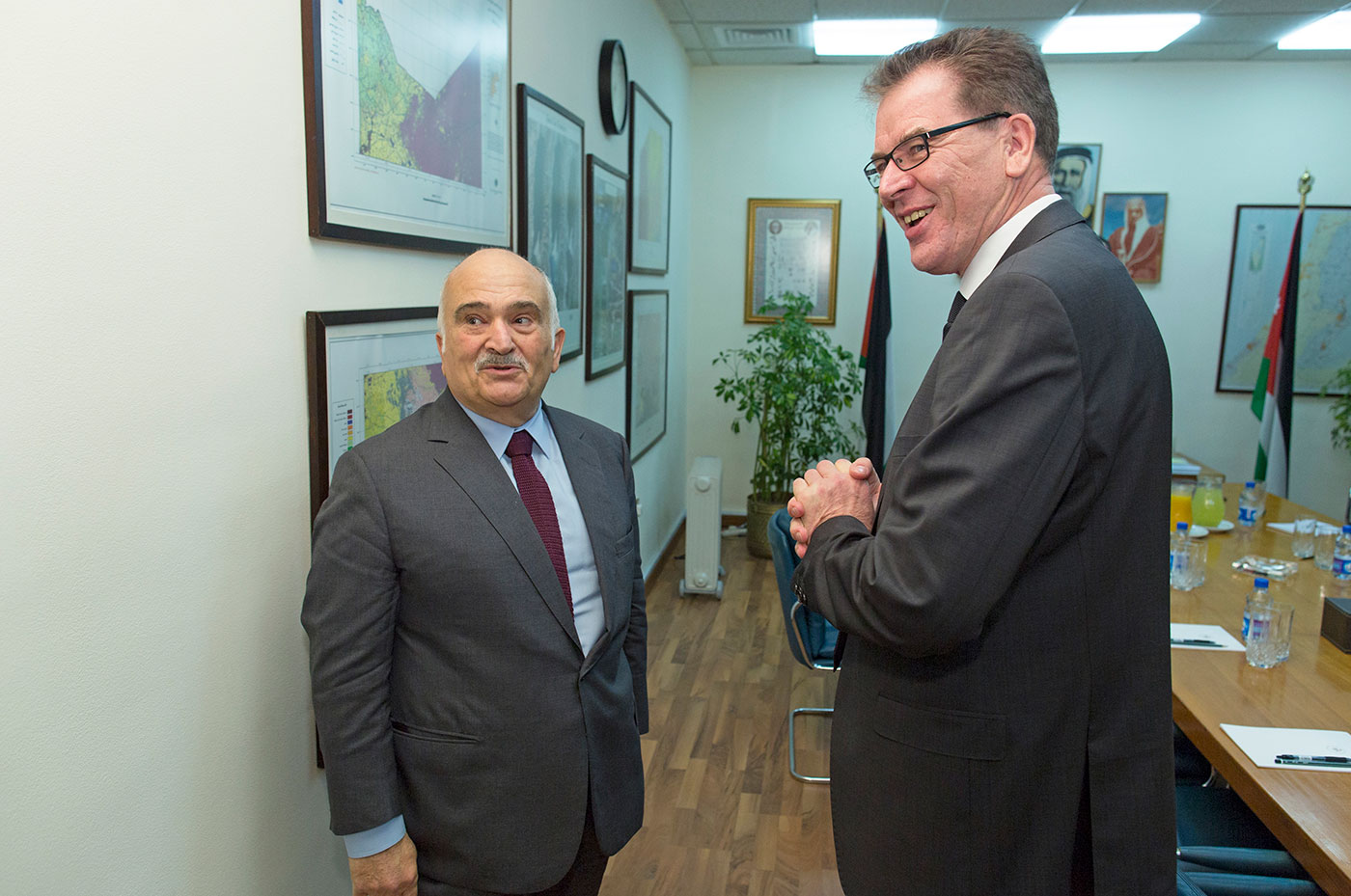 DO YOU THINK THAT AS FAR AS ISRAEL IS CONCERNED THERE WILL BE AN APPEASEMENT AND THAT THIS WILL LEAD TO A BETTER EXCHANGE AND IMPROVEMENT IN THE REGION?
I have spent my whole life studying Hebrew and hoping that Muslims and Christians and Jews could come together, whether with reference to our shared patriarch Abraham or in the context of a Noahist accord which takes us back to the very beginnings and the survival of mankind. But interpretations in inter-religious terms are different, and everyone preserves a peculiarity in their particularity. Land for peace was the traditional formula, enshrined in UNSCR 242. Today, however, we see the continuous appropriation of land, despite the high-level meetings in Washington and elsewhere, and international law – which I assume is extremely embarrassing to the Arabs involved. A strategic conversation is being re-started yet again between the US and Saudi Arabia. But what is the strategic objective? Is it the containment of Iran? Has the Palestine question, because of the changes on the ground, become so impossible to handle? These are the real issues.

AS YOU SAY, YOU HAVE SPENT YOUR LIFE FIGHTING TO BRING PEOPLE TOGETHER FOR PEACE, TO APPEASE DIFFERENCES, TO ENCOURAGE RESPECT OF EACH OTHER. WHAT IS YOUR APPROACH?
I believe that we have to struggle for something and not always against. We must develop the values that Pope Francis mentioned so eloquently and pertinently in Fratelli Tutti. You don’t have to be totally in agreement. Each individual has their own circumstance but in terms of the essentials: human dignity, governance and the rule of law. The opposite of poverty is not wealth… in too many places, the opposite of poverty is justice. Ultimately, at the end of Pandora’s Box, we have to find hope. The challenge that we face is ourselves. Do we have the will to make a new beginning before it is too late? I think that we do.

BUT HASN’T THE CORONAVIRUS EXACERBATED THE PROBLEM?
In our region, 40 per cent of the Arab world’s population, 161 million people, are facing extreme poverty. This is exacerbated by Covid-19, yes, but Covid is not the issue; the issue is poor governance and the lack of intra-independence.

SO WHAT SHOULD BE OUR APPROACH FOR A BETTER FUTURE?
It all boils down to how to develop entrustment of human beings, to enable them and empower them for citizenship. Do we have the courage to create a water bank, for example, or a land bank, in which people become stakeholders in developing a vision of sharing and participating? We need to think in an interdisciplinary manner – health, education, water – the creation of a new IT, above all of a regional map for sustainable social, economic and physical development. Cogens – the use of one’s ability to think – is the most democratic expression I can think of, of commenting on public and private life. But the right to life has to be preserved by understanding that all these networks are interdisciplinary. There has to be a preventative approach and a resilience-building approach, particularly in countries that have no voice. The alternative is that we remain a région intermédiare.