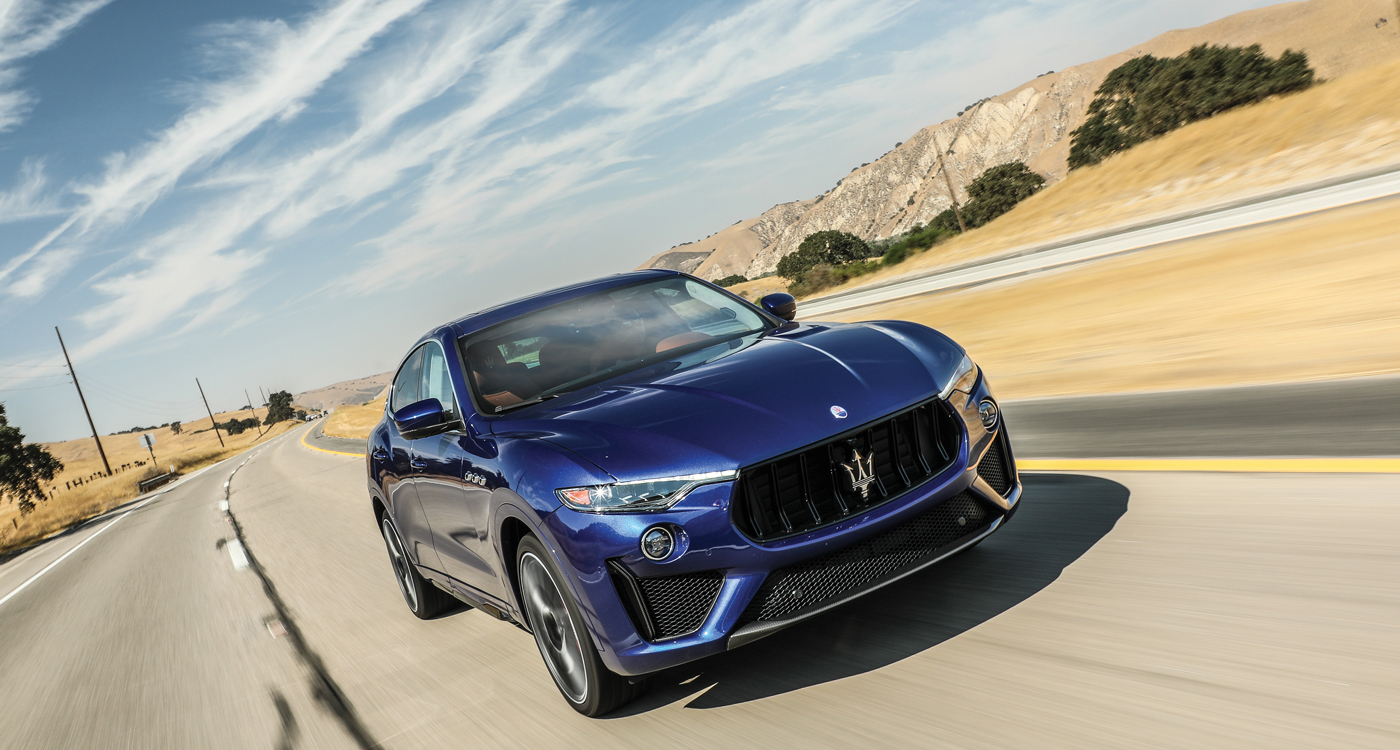 Maserati Has At Last Fitted a V8 in its Levante SUV and it's a Sonic Masterpiece
January 22, 2020 Gautam Sharma

Three years after it launched, Maserati has finally fitted a V8 in its SUV. Faster, better looking and better equipped with attention-grabbing features, it might finally give the competition a run for their money.

When Maserati launched the Levante in 2016, it seemed the silver bullet the trident marque needed to achieve the lofty sales targets set out by former company chairman Sergio Marchionne. On paper, it was the perfect recipe. After all, the whole world was moving towards SUVs, and each of Maserati’s rival brands had at least one cross-terrainer in their line-up.

The initial signs were positive, as the Levante garnered positive reviews from the press, and pent-up demand meant the big SUV raced out of showrooms for the first few months. However, the impetus didn’t last, and the Levante now lags well behind the monthly sales tallies of the BMW X5, Mercedes GLE and Porsche Cayenne.

But here’s a sign that better times are in store. Pictured on these pages is the brand-new Levante Trofeo, which takes the vehicle into new territory via a Ferrari-built 3.8-litre twin-turbo V8 that thumps out a towering 590hp and 730Nm. This stump-pulling thrust is channelled to the tarmac via a ZF eight-speed auto and ‘intelligent’ Q4 all-wheel-drive setup, enabling the Trofeo to scorch from standstill to 100 km/h in just 3.9 seconds, on its way to a top speed of 304 km/h, which are staggering stats for a lofty SUV that seats five and weighs 2.2 tonnes.

The natural rivals for the Trofeo are obviously the Porsche Cayenne Turbo, Range Rover Sport SVR, Mercedes-AMG GLE 63 and BMW X5M, but the Maserati brings its own Latin flair to the party, and its sonorous twin-turbo V8 motor distinguishes it as the brand’s most potent production model to date.

Visually, the Trofeo is discernible from its lesser siblings via beefy 22-inch rims, black exhaust tips and a bespoke front fascia with larger intakes to maximise cooling efficiency. In addition, there’s a blacked-out grille and unique bonnet with neatly integrated vents to extract hot air from the engine bay. Befitting its overtly sporty orientation, the Trofeo also gets a smattering of carbon fibre additions – front splitter, side skirts, bezels and rear bumper inserts.

The makeover carries through to the cabin, where you’ll find immaculately contoured leather seats with contrast stitching, aluminium pedals and some tastefully integrated carbon fibre inserts. The large aluminium shift paddles are nice to touch, as are the various aluminium knobs and switches. There’s an intuitive touchscreen for all the infotainment system but the piece de resistance is arguably the boomtastic 17-speaker Bowers & Wilkins stereo, which comes standard.

On the whole, the interior of the Levante Trofeo is an agreeable place to be, but the fun part starts when you crank that monstrous twin-turbo V8 into life and get a few kilometres down the road. Go-faster specials occasionally come across as ill-resolved hot rods with more grunt than the chassis can handle. Happily, that’s not the case here as the Trofeo is a beautifully cohesive device that can convincingly carry out the Jekyll-Hyde transformation. 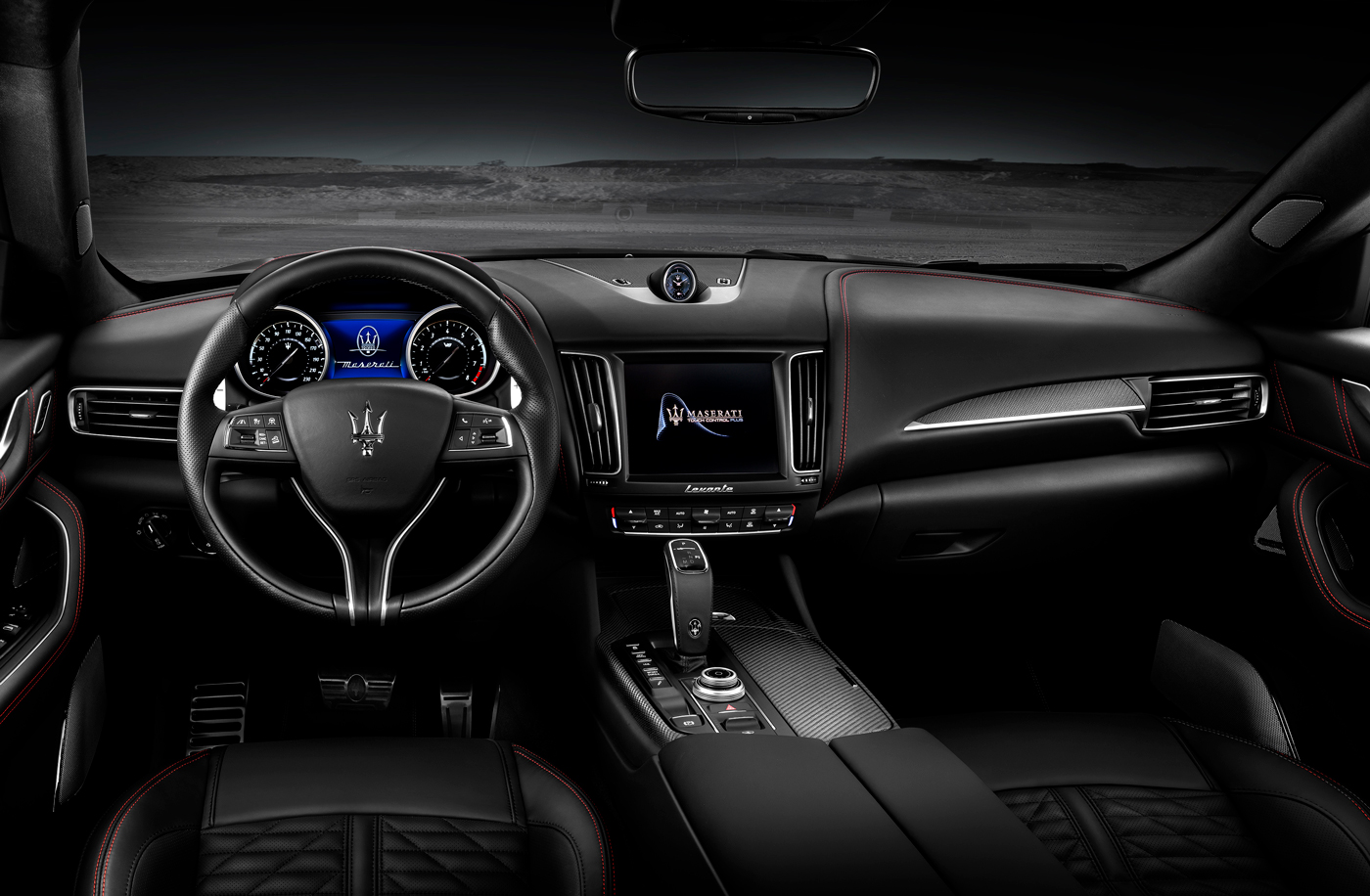 This SUV is a refined and cossetting chariot when you’re just pootling around town or sitting at an unflustered 120 km/h cruise on the highway. However, get a little heavy with the right foot and an altogether different beast is unleashed. I’ve already touched on the Trofeo’s massive straight-line performance, but the good news is that it’s capably complemented by the car’s ‘Skyhook’ air suspension, which re-calibrates depending on mode, lowering by 35mm in Corsa or jacking itself up for off road use. All told, the system can move up to 75mm through its various drive modes.

The twin-turbo V8’s towering outputs are effectively turned into forward motion via a limited-slip differential at the rear, along with torque vectoring and Maserati Integrated Vehicle Control (IVC), which is a predictive system that pre-loads engine speeds, brakes and other systems to keep tighter control of the physics and increase both performance and active safety. As you’d expect, the steering weight, engine response and suspension vary depending on the mode you’ve chosen, providing options from motorway soft to racetrack hard.

All in all, the Levante Trofeo is a family-friendly wagon that’s fit to comfortably transport five occupants and 580 litres of luggage, yet it serves up enough raw pace to harass most sportscars – be it on the autobahn or a twisty mountain road. The Trofeo may not match the Germanic efficiency of the Porsche Cayenne Turbo, but the Maser packs in a good dose more charisma. It’s a very likeable thing, and it has breathed fresh life into the Levante. 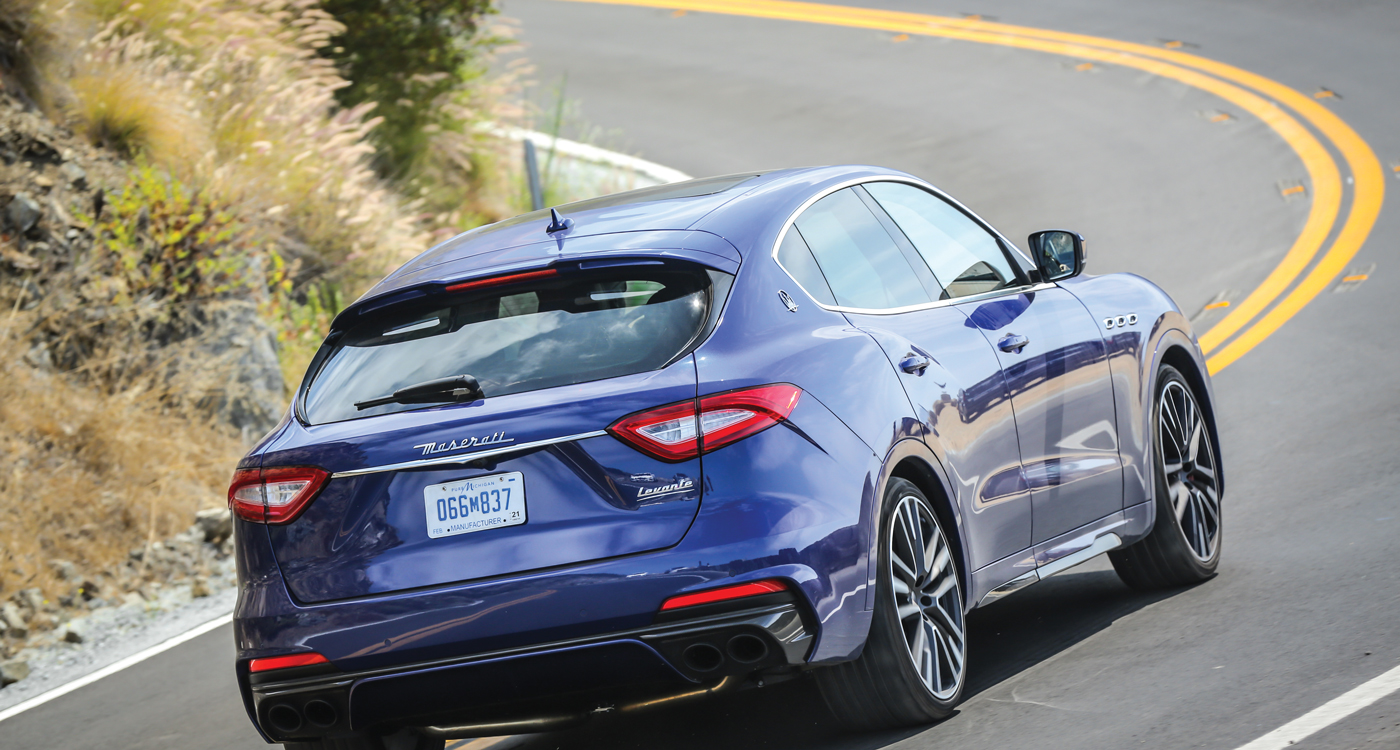