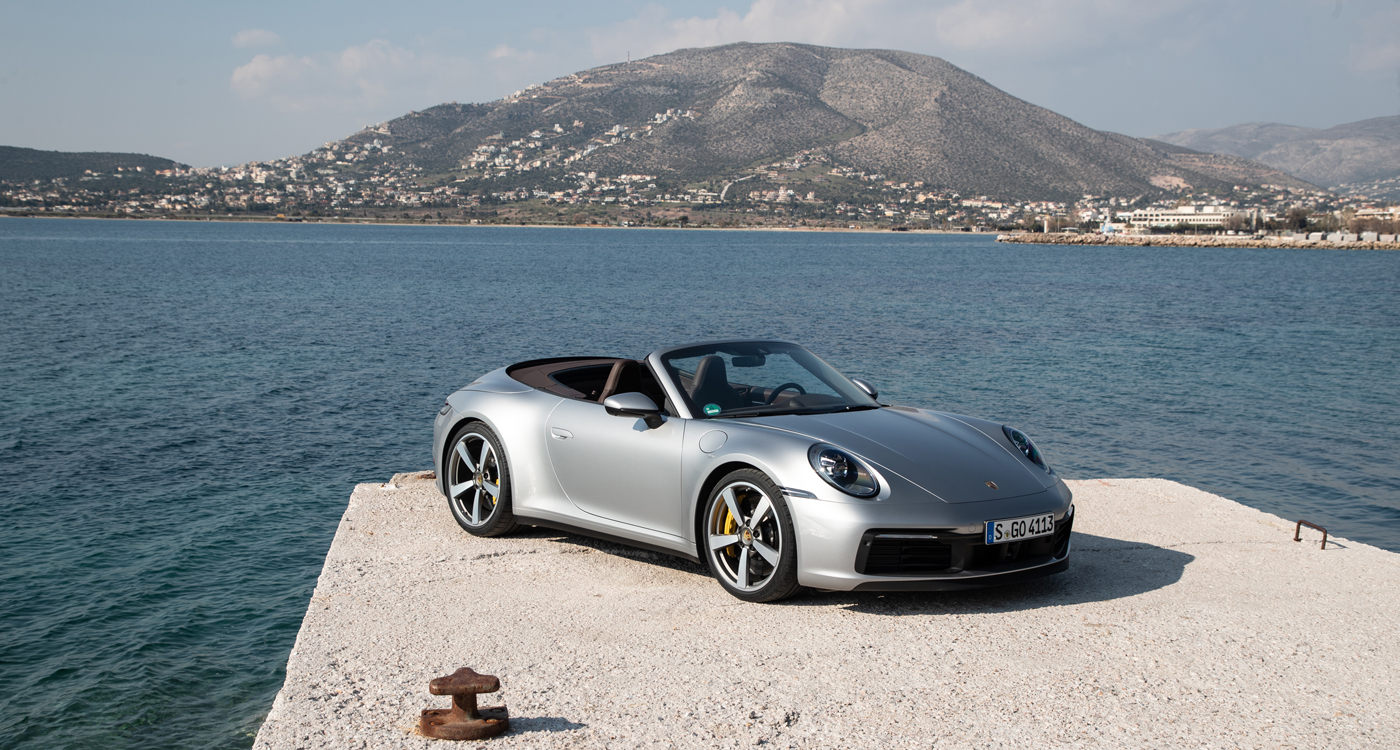 Porsche's 911 Carrera S Cabriolet Will Make You Want to Take the Top Off
August 28, 2019 Nicolas Shammas

Having put the new 911 Carrera S Cabriolet through its paces around Southern Athens, we can say that less is more from the moment you drop the roof. It’s funny because I’ve only recently realised I’m a convertible guy. I had spent years leaning towards the coupé version of sportscars with the reasoning that they had more internal room, superior lines and better driving dynamics but then, with maturity, came the realisation that I had failed to factor in the intangibles. Of course, the signs were always there: the happiness of the sun on your face and the wind in your hair, or noticing buildings and trees you’d never seen from an enclosed car. I’d failed to get the message from historical data, too. It’s a fact that almost every classic cabriolet ends up being more valuable than its coupé sibling – barring the Mercedes 300SL Gullwing, of course. Experts even dare say that there are a good number of classic convertibles that are going to hold value even after AI-equipped autonomous-vehicles rule the roads – cars like the Alfa Romeo Spider, Ferrari 250GT, Shelby Cobra, Porsche Speedster, the first generation Corvette, the second generation SL, Jaguar’s E-Type or even Mazda’s MX-5. So where does that leave the 911 cabriolet?

Looking good, right? But from this angle you can also see the upwardly curved lip of the rear tonneau cover.

It’s worth remembering that the very first Porsche back in 1948, the 356 Roadster, was actually a convertible, and to this day, 71 years later, one in three Porsches sold are actually open-topped. To many a hater, Jeremy Clarkson included, the 911 Cabriolet has barely changed since its introduction in 1982, but the reality is it’s a case study of steady evolution. 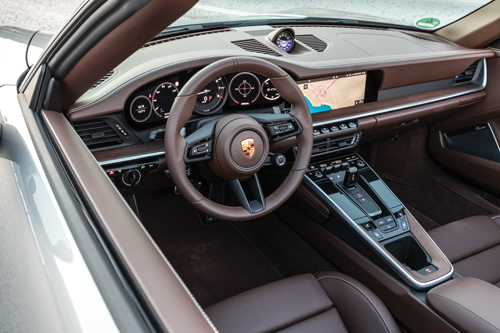 Even if the new gearstick isn’t loved by everyone, the 992’s dash and cabin architecture is concept-car cool and minimal. And it’s totally customisable: choose dark greys and metal finishes for a techy vibe, or throw in some wood and brown leather leather for something cool and retro.

I had the pleasure of borrowing the most recently discontinued model, the gen-two 991-series Carrera S, two summers ago, and I loved it. So too did the missus, and the kids. I appreciated its incredible usability, its perfect build quality and the fact it could instantaneously switch from daily commuter to track day monster. The rest of them, dare I say it, were probably more affected by its power, thrills and image. But we loved it so much, we ended up doing day trips, not because we had places to go but because: “what the hell, why not”. And that essence of freedom and fun is really what a great convertible is all about.

Porsche is now into its eighth-generation 911 Cabriolet, which goes by the codename 992, and for which deliveries begin in June. Visual appearances include larger rear hips, an LED bar across the back, as well as a tweaked front end and a creased bonnet. For now, there’s only a drop-top ‘S’ or a ‘4S’, both of which use the coupé’s 3.0-litre twin-turbo flat six, generating 443bhp and 530Nm. And, just like its sibling, the only transmission is the new 8-speed PDK (top speed is in sixth so the last two gears are for overdrive), until the 7-speed manual eventually arrives. The most important measure of development is that the Carrera S Cab, when equipped with Sport Chrono, can now sprint from zero to 100 km/h in 3.5 seconds – down from 3.9 – while the Carrera 4S Cab will do it in 3.4 seconds. 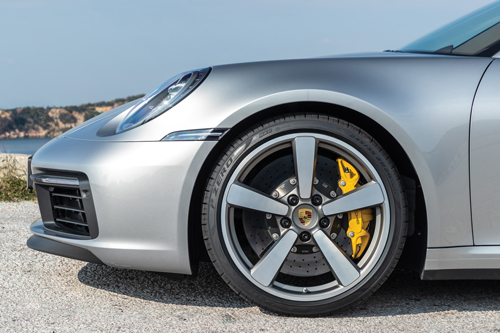 Wheels are now staggered with 19 inches in the front and 20 in the rear, although with these optional Carrera Exclusive Design wheels they’re an inch larger, front and rear. Weirdly enough the larger tyres can run on lower pressures and therefore don’t ruin the ride at all.

Up top, the z-fold magnesium panel roof mechanism and the fabric itself is actually identical to the previous model but the electro-hydraulic mechanism that moves it has been improved by way of a superior pump. The result is quieter and faster opening and closing (a two second improvement to 12 seconds) at speeds of up to 50km/h. Also once closed there’s also 10 per cent improvement in terms of sound insulation thanks to an extra fleece layer sandwiched between the previous outer and inner layers.

So, what’s it like to drive? In a word: imperious. As always, you get out of the 911 whatever you put in, meaning it can cruise, fly or anything in between. The interior is markedly better than the last version of 911, and the fabric air shield behind the rear seats does a very good job of keeping cabin wind to a minimum and allowing easy conversations, even at speed. For the first time ever though, you can spec the PASM Sport
Suspension on the cabriolet. What that does is lower the car 20 mm and improve handling while stiffening the ride and altering shift and throttle mapping. The result is a much more thrilling drive whenever the roads get interesting, as they were in the southern peninsula of Athens during the model’s media launch.

We got to try both the S and the 4S and my personal preference would be the S, as it’s lighter, has better steering and is almost 7,500 USD cheaper (at 126,000 USD). My only gripe was a visual one: there’s something off about the tonneau cover. Not only does it seem a little high, it has a strange outwardly curved lip that makes it look bulky and out of kilt.

It’s hardly a deal breaker though and despite the addition of evermore technology like adaptive cruise control, lane assist and even a wet weather mode, the 911 remains playful, fun and a joy to drive, at all speeds. Going for the convertible though is a no-brainer, as it’ll provide you a level of freedom that only comes with open-top motoring. Yup, my name is Nicolas, and I love convertibles. 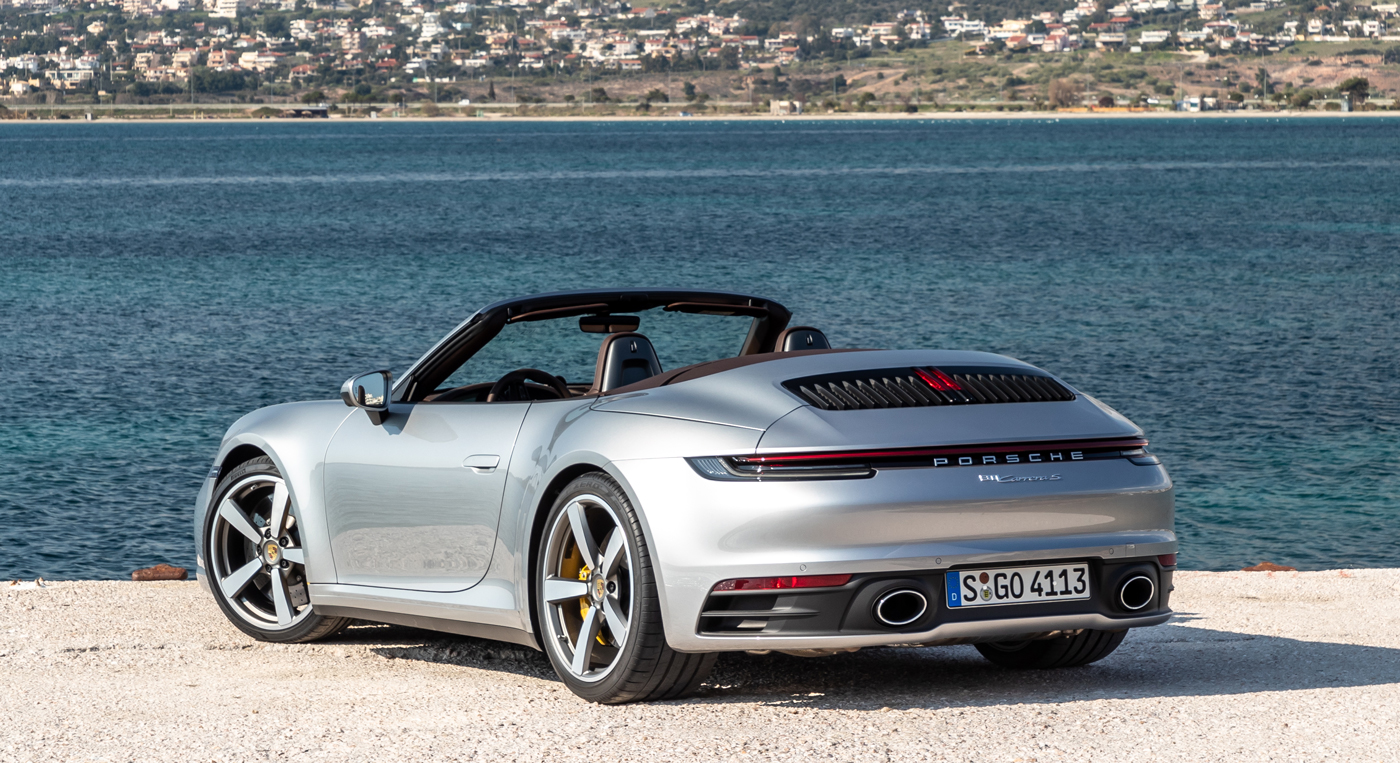