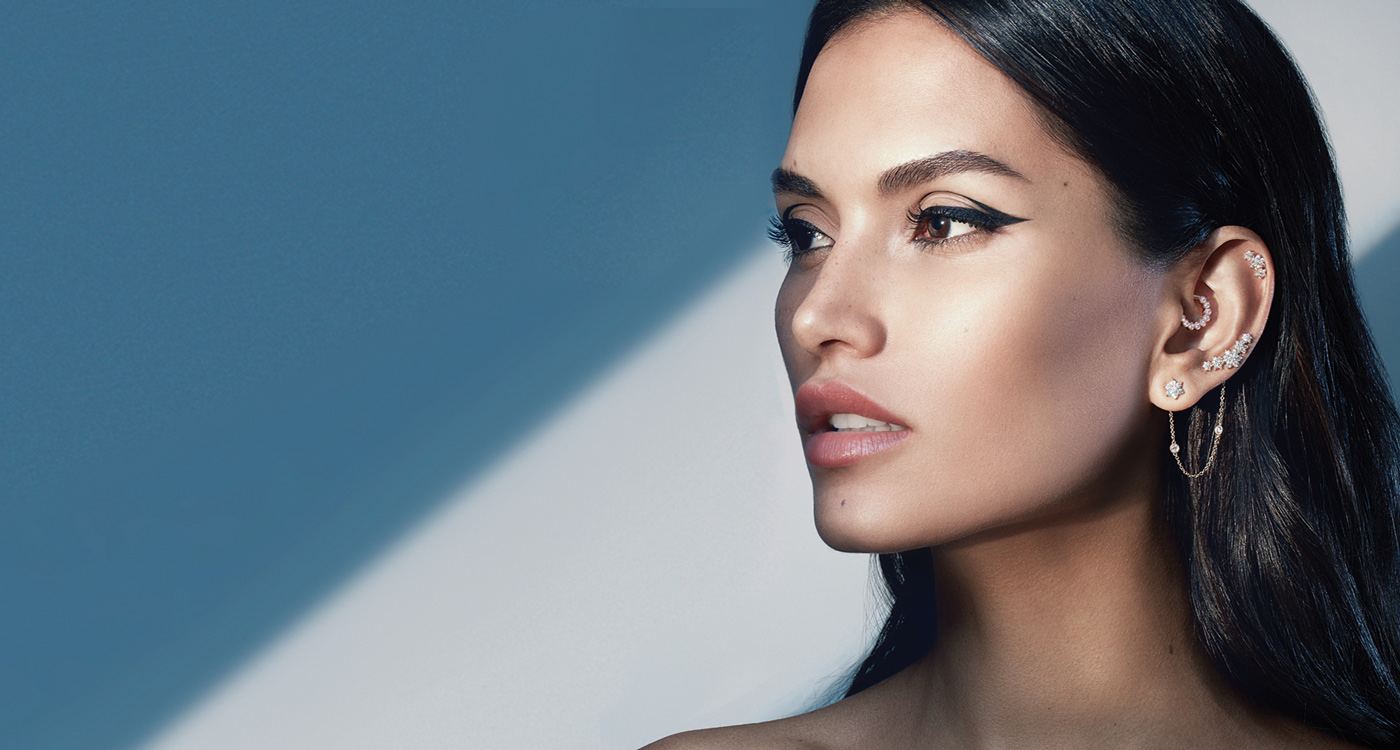 Maria Tash’s jewellery shows unconventional piercings have transcended rebelliousness. No longer just the domain of angst-ridden teens, piercings of all kinds have entered the luxury realm in the form of fine jewellery. And Maria Tash, who first opened in New York’s East Village in 1993, is one of the protagonists who helped elevate it there. Probably best known for her pieces that are worn close to the body, her work is often intricate and small but also sturdy. Well, the good news is that she now has a foothold in the region having opened a boutique in Dubai Mall, replete with four custom piercing rooms (specialising in “forward-facing” piercing that takes into account not just your ear, but the angle at which the jewellery will be viewed) and a VIP lounge.