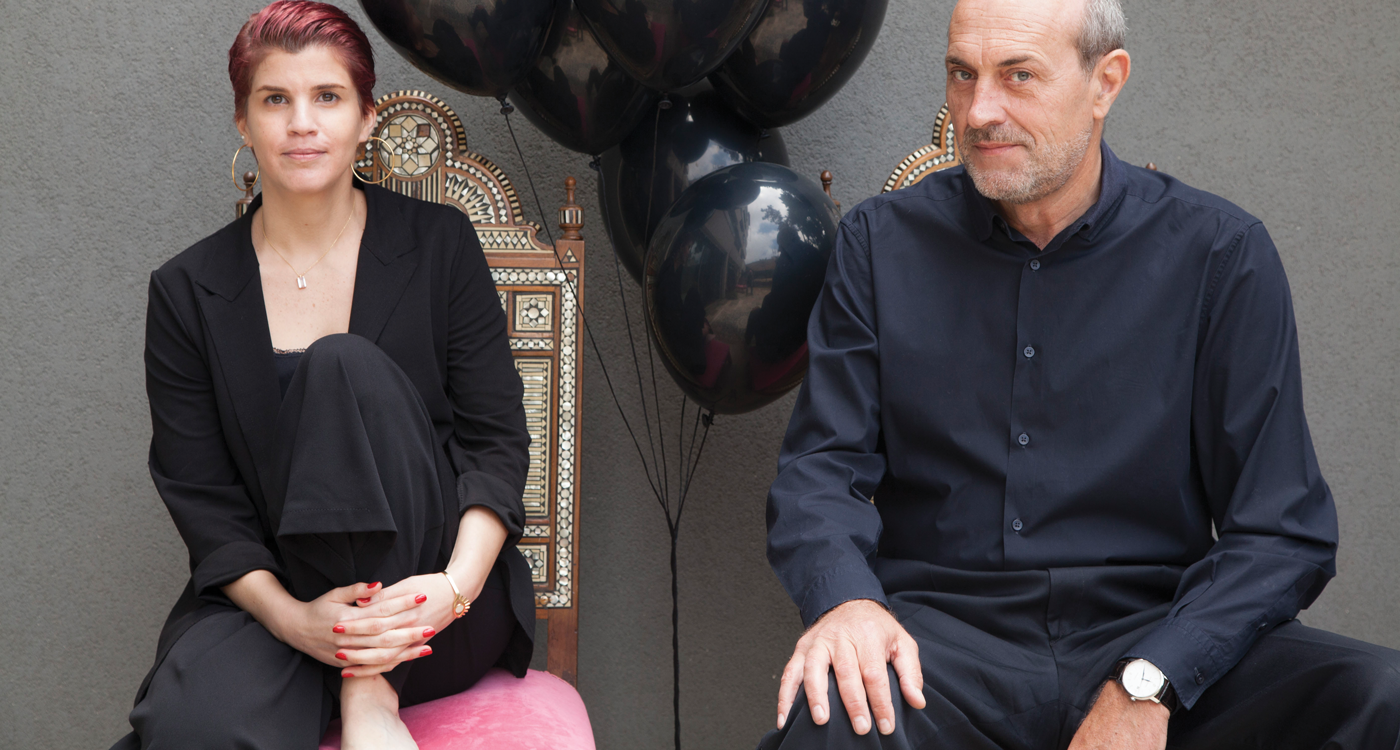 The Beirut Design Fair aims to put Lebanese design on the international map and show that creativity is thriving despite the country’s multitude of challenges. 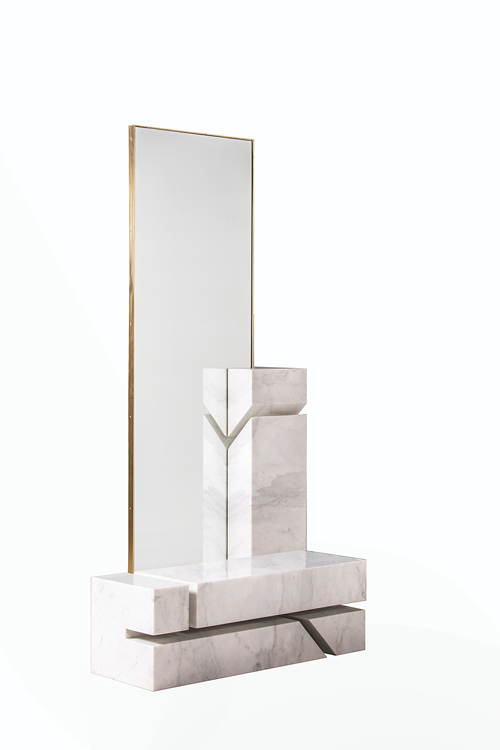 ‘Mirror, Mirror on the Wall’ is an installation for Maison Rabih Kayrouz, created by Wissam Moubarak and Nisrine Nasr of Hawini, a design collective founded in 2010.

Beirut has always been a lively Mediterranean nucleus of innovation but these days it seems there’s a design event almost every other week. From the Beirut Design Week, House of Today and Designer’s Week, official records show an average of around 30 such goings-on a year. So, when word had it something called Beirut Design Fair was being launched this September, you can imagine there was a fair amount of scepticism.

“Beirut is an exceptional place,” explains Guillaume Taslé d’Héliand, Founder and Director of Beirut Design Fair (BDF). “The level of culture, history and intelligence makes it unique, which is why it is being watched very closely by rest of the world.” In real terms, the decorative arts market in Lebanon is estimated to be worth 600 million USD, which is a significant portion of the GDP and a strong driver for anyone looking to capitalise on the industry.

The country has been renowned for thousands of years for its metal, ceramic, glass and woodwork artisans but work has dwindled in recent decades. The hope is that, as designers grow, artisans will progress, multiply and adapt their skills to current trends while preserving traditional craftsmanship. The BDF believes the answer to helping those designers grow is a robust, credible and international platform.

As such, in order to raise the bar on a market that has somewhat stalled, Guillaume Taslé d’Héliand and his co-founder and head of exhibitor relations, Hala Moubarak, have assembled an impressive international selection committee headlined by Paris-based Aline Amar d’Amman, who served as Artistic Director for the recent renovation of the Hôtel de Crillon in Paris and collaborated with Karl Lagerfeld on the hotel’s luxurious Les Grands Appartements, which he decorated.

“They’ll be looking for timeless objects and furniture,” explains Taslé d’Héliand of the process for choosing the 40-odd designers and galleries who will be showing either contemporary or vintage furniture and decorative objects. There will also be ‘Spot On’, an area dedicated to emerging talent, where novice designers will have the opportunity to show one or two products they are experimenting with. “The aim is to establish new codes, norms and ways to live,” explains Taslé d’Héliand.

Furthermore, in the spirit of innovation, the buzz-worthy Big Voxel is going to be brought in. The machine, which is MENA’s biggest 3-D printer (note: it is Made in Lebanon), is named after “voxels” (pixels in three dimensions) and is the brainchild of architect Guillaume Crédoz and engineer Nareg Karaoghlanian. Each day, one full-scale chair will be produced live, until all four are auctioned on the final day of the fair.

While contemplating the future of design, visitors will have an opportunity to connect with ancient history and nibble on Lebanese goodies at The Banquet, set on a 8 metre-long table made from a single slice of a Kauri tree that fell 50,000 years ago in New Zealand, during the glacial era. Crafted and designed by Yew Studio (one of the many local exhibitors), the awe-inspiring piece spent one year drying in a special facility in the United States before it was brought back to Lebanon four years ago. 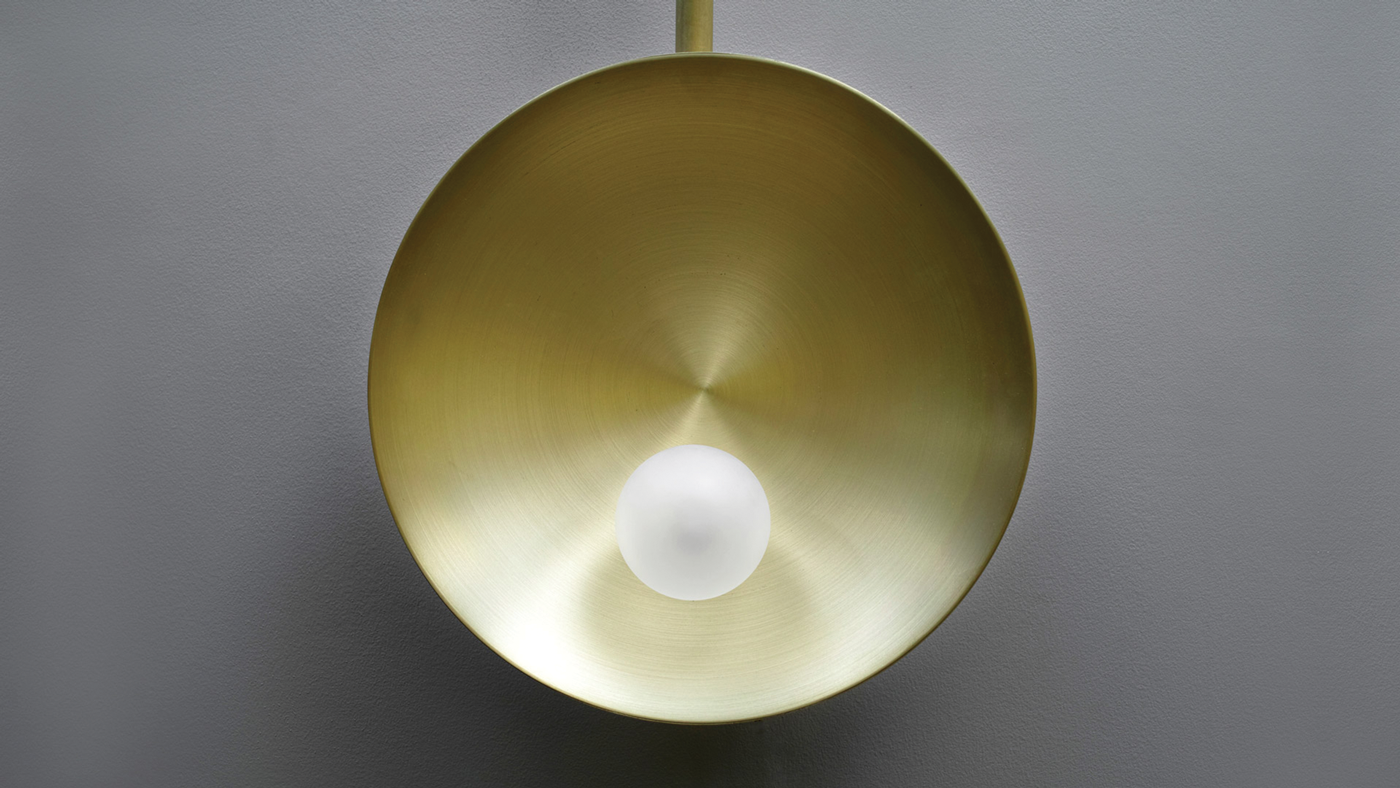 “It would be ideal for signing a treaty,” says Taslé d’Héliand perhaps hoping the country’s politicians would facilitate the export and growth of the design industry by signing advantageous trade agreements between Lebanon and the rest of the world. 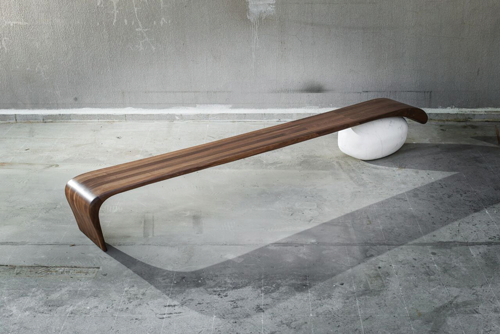 ‘Galet’ by Georges Mohasseb, a bench in American walnut and statuario marble. (Courtesy of Carwan Gallery.)

“Currently, if a designer wants to export his products to exhibit them abroad, he has to pay duties when he brings them back. That’s simply ridiculous,” says Yasser Akkaoui, who serves as the fair’s Strategy Advisor.

Despite the country’s dated and prohibitive tax laws, there’s talk of an exhibit dedicated to Lebanese designers at next year’s Maison et Objet in Paris (the industry’s gold standard when it comes to events), further helping to raise the industry’s profile.

And though it’s a start-up of sorts, Beirut Design Fair is banking on capturing a sizeable share of the number of the visitors to the Beirut Art Fair (which last year totalled 23,000 people). It is also scheduled to overlap with the BAF and is strategically located within the same exhibition venue, so as to give it a built-in audience from the get-go.

The founders of BDF have a genuine belief that Lebanon’s creative talent has global appeal and with the right collective strategy, the Made in Lebanon label can become a globally recognised symbol of quality. “Lebanese are problem solvers,” remarks Taslé d’Héliand, “and this is the essence of design.” 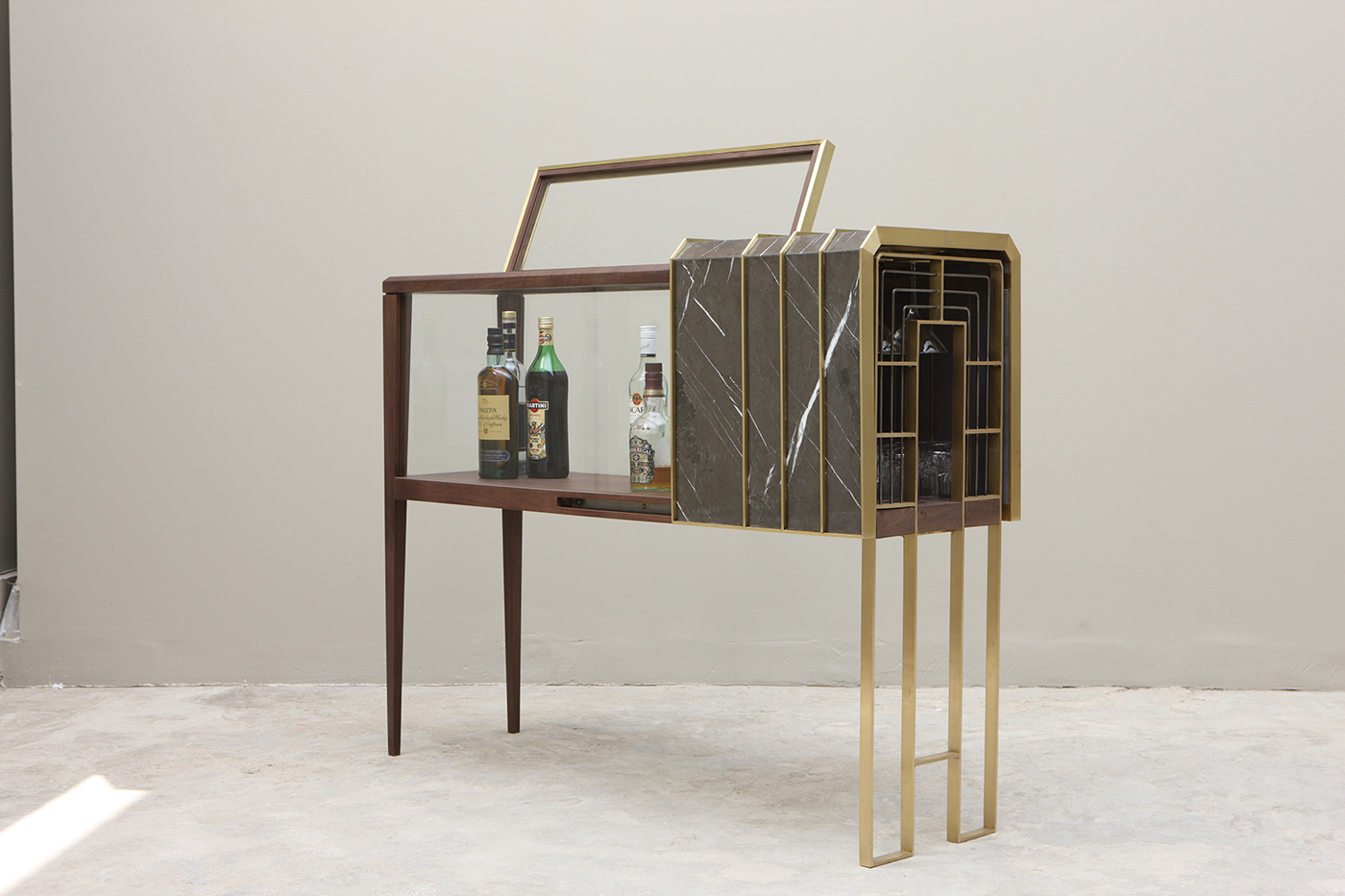 ‘Charles Bar’ by Studio A, is part of the Black & Gold collection by architect Ahmad Bazazo.