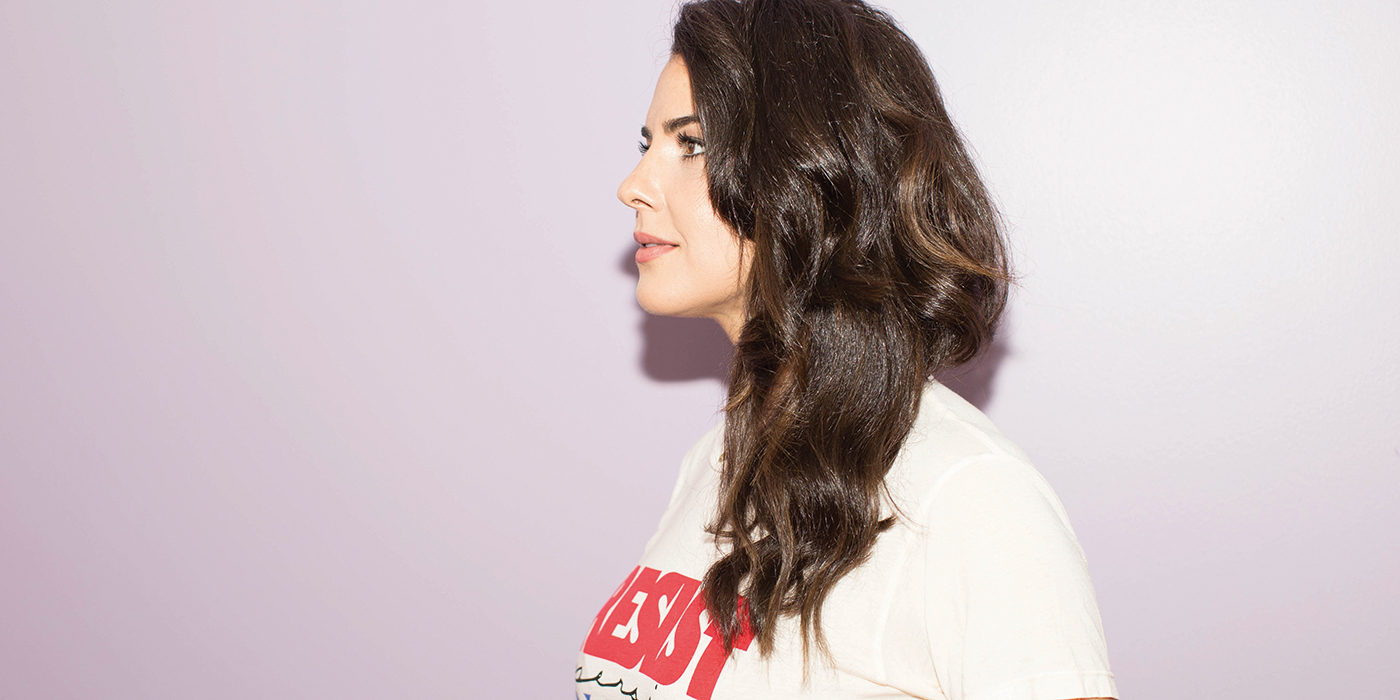 California-based Dr. Molly Maloof wants to perfect people’s health and improve performance using the latest technology and a few unorthodox substances. Some cautionary advice: this may cause munchies.

In terms of shaping the modern world, you could say that Silicon Valley is the world’s epicentre of influence. The technology we are all becoming dependent on – from electronic devices to the internet and many of the apps we now can’t live without – mostly originates from those parts in the southern San Francisco Bay Area of Northern California. By default, it’s also a hub for plenty of venture capitalists and promising startups, the kind of place where you better be at the top of your game, because the competition is fierce and the stakes, unforgivingly high.

My purpose is to help people live as healthy as possible and have an expanded health span without disease.

Enter Dr. Molly Maloof, one of the area’s young physicians and a health tech innovator trying to keep up with the demand for achieving what you might call superhealth. Using an array of blood and stool culture tests, Maloof provides high-flying execs with a prescription for life. “I take a person’s body and instead of making made-to-measure clothes, I’m doing made-to-measure supplements. I’m measuring all the different levels and saying you need these types of supplements, you need this food and you need this sleep pattern change.”

It’s the kind of complex, sophisticated service that most doctors don’t have time for, and one that serves a growing community of very highly educated, hyper-informed patients, people looking for the very best the world has to offer in every aspect of their lives – including their health. “My clients are mainly investors and entrepreneurs who live a pretty hard-driving existence and they don’t want get sick. They want to stay healthy, they want to be able to bounce back and be able to produce huge things like raising hundreds of millions of dollars for ridiculous projects around the world,” Maloof explains. 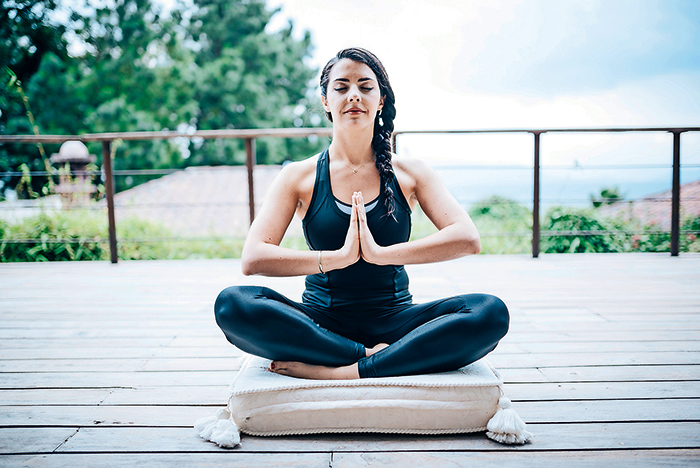 As far as walking the walk, the 34-year old brunette is a poster child for the protocols she promotes. During our interview in a Beirut hotel lounge (Maloof’s father is half Lebanese but this is her first time in the Middle East) she details a shockingly long list of supplements she is currently powering up on, a regimen of custom compounded nutraceuticals she updates every three months based on her lab tests. They include vitamin D, magnesium, B vitamins, liver detox herbs like milk thistle, burdock root, electrolytes and an extract from kelp that grows in Siberia. “They used this for radiation detox in Chernobyl, so it’s good if you’re around a lot of smoke and lots of heavy metals. That one has been game changing for my travels because you’re encountering different water sources and different chemicals in the air,” she explains matter-of-factly. Then there are also tablets to keep her mind sharp, like Huperzine-A, an acetylcholinesterase inhibitor and NMDA receptor antagonist that crosses the blood-brain barrier – something she calls a cognitive supplement to help with neurotransmitters, or increase brain function. It’s usually used for treating Alzheimer’s, but Maloof is capitalising on its effects to improve her brain function, not compensate for deficiencies, an approach she strongly advocates. 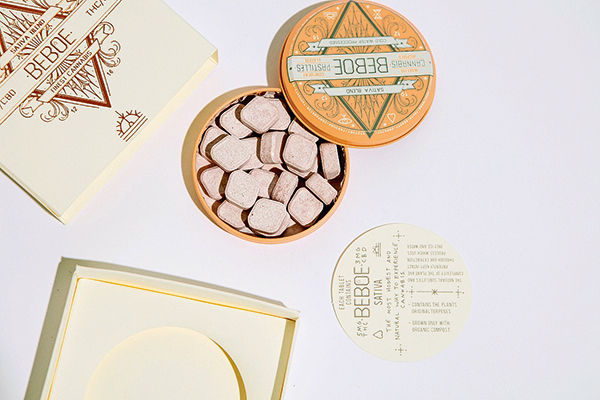 Beboe’s 25 USD pastilles contain 5mg per sweet. “You won’t get high off one of these candies,” says Maloof, “it just makes your day a little bit warmer, a little bit better.”

It’s a controversial approach, especially when Maloof broaches the subject of illegal substances like LSD and marijuana. Known primarily as street drugs until now, they are increasingly being used by professionals looking to heighten their creativity, increase focus and endurance. LSD, a psychedelic drug invented in 1938 by the Swiss chemist Albert Hofmann in the Sandoz (now Novartis) laboratories in Basel, Switzerland, is widely available on the dark web, replete with customer reviews similar to the ones you’ll find on Amazon.

“When you’re under the influence of a little bit of LSD (5 mcg), the experience is so heightened because you’re taking in deeper colours, richer sounds, more tactile recognition and you perceive your senses in a different way. It’s so beautiful, and that’s why people will take a museum dose on a Sunday and go to the museum and immerse themselves in beauty,” she adds, referring to a 20 mcg dose, slightly higher than the micro dose that can be used daily and that, she says, is almost imperceptible.

Marijuana, however, is a thriving market and perfectly legal in California for anyone with a prescription. “In one day, you can download an app, get a medical marijuana card, get another app and order the medicine and have it delivered to you – and all digitally. It’s in your hands in an hour. It’s absurd,” Maloof explains. What used to be the drug of choice for hippies and drifters has now become gentrified, sleekly packaged in white vapour pens and peddled on glamorous Instagram accounts by companies like Dosist and Beboe.

“There’s an entire ecosystem of marijuana that’s similar to the wine industry and the terroir where it’s grown determines the makeup of the plant and the experience that you have,” Maloof tells me. “There’s an entire movement of marijuana yoga all over the country, and there’s even a small movement of runners who use marijuana for endurance. There’s marijuana that gets you very stoned and marijuana that’s very uplifting, that people take for focus and cognition. There’s some that people take for sleep and some, believe it or not, that are profoundly aphrodisiac.”

This, according to Maloof, is an example of why she is advocating legalization at a Federal level in the US. “While there are all these drugs for men, it’s taken years to get female sexual aids passed through the FDA and they don’t even work. Then this company (Dosist) comes along and makes this product that’s better than any aphrodisiac. They also make anti-inflammatory ones, which I gave my dad who has arthritis and he thought it was an incredible tool. Even my grandmother takes it for arthritis,” she admits. 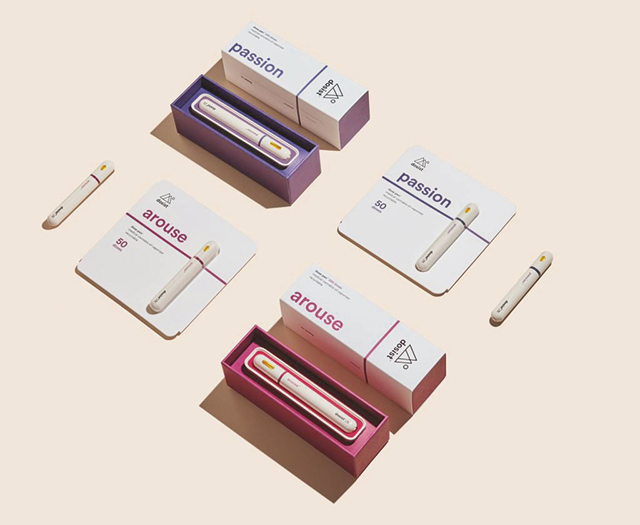 Dosist is a California-based company, previously known as hmbldt, which makes weed vaporizers to suit every mood. Their vape pen was named among the ’25 Best Inventions of 2016′ by Time magazine.

Maloof also stresses the benefits of creating safeguards, should these drugs become legal, and points out that several pharmaceuticals are not really different than what one can find off the street. “Methamphetamine is legal if you get it from a doctor for ADD, but it’s illegal if you buy it off the street,” she cites.
Though Maloof is a proponent of using a variety of tools to achieve her goal of optimising health, she stresses that she does not prescribe marijuana. Instead, besides following up on a select handful of patients, she spends much of her time consulting with pharmaceutical and medical companies on new tech devices or speaking publicly about health-related topics.

“My purpose is to help people live as healthy as possible and have an expanded health span and the number of years they are living without disease. There are people in San Francisco who want to live forever. I’m not one of them, even though I’m fascinated by transhumanist belief systems around downloading consciousness.”

Downloading consciousness may sound like science fiction to most, but in Silicon Valley, imagination trumps the status quo. Just 20 years ago, who would have believed you could download an entire library of music into a virtual cloud? Not me.