People | Insights | After 30 Years in the Wilderness, FIFA Decides to Lift the Ban on Football in Iraq 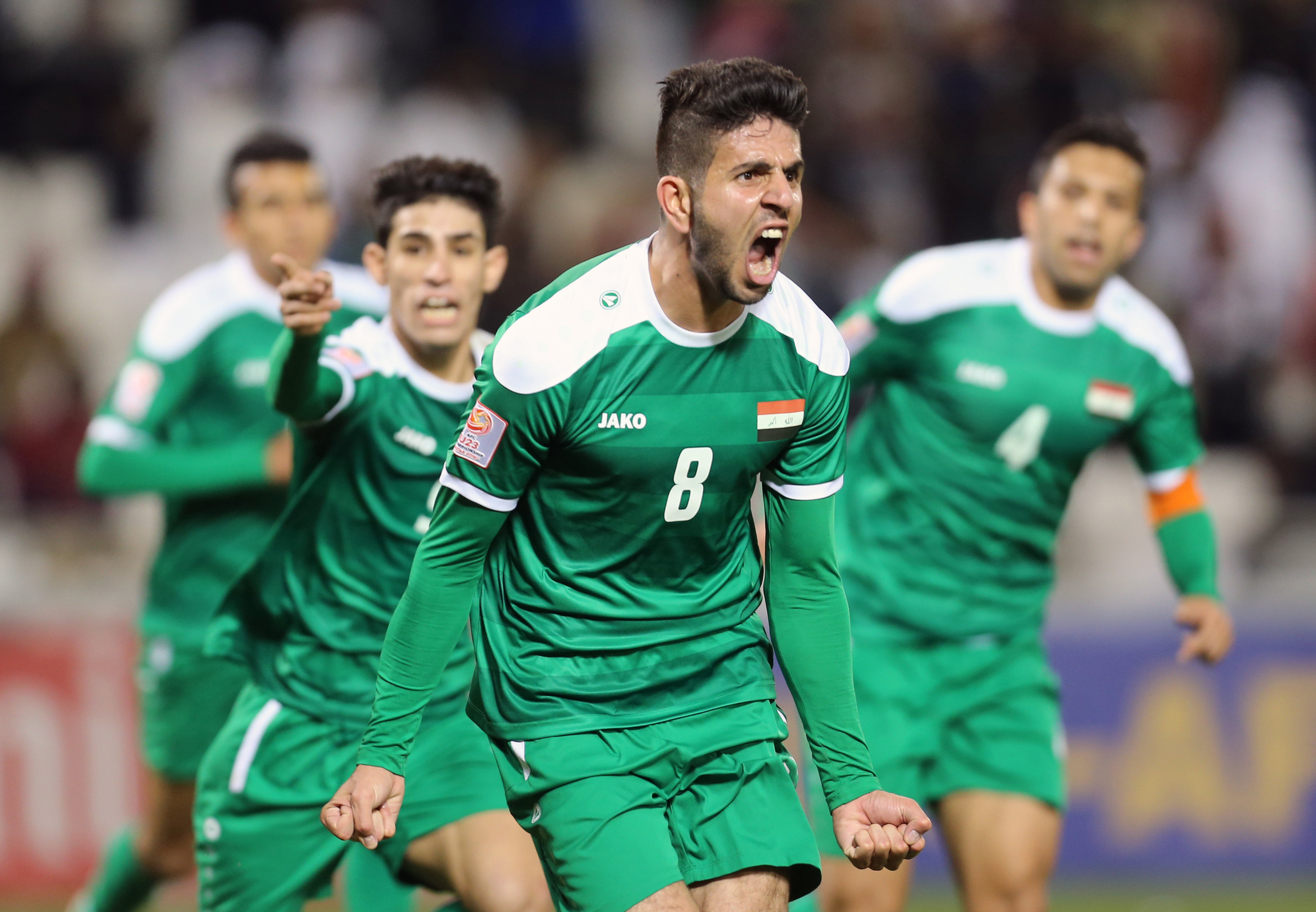 After 30 Years in the Wilderness, FIFA Decides to Lift the Ban on Football in Iraq
July 12, 2018 Nadia Michel

In terms of the passion it evokes, some say football is the only institution that can rival religion in the Middle East. So the recent news that FIFA had lifted a thirty-year ban on Iraq hosting international games domestically has caused a groundswell of popular support both for the team, nicknamed the ‘Lions of Mesopotamia’, and the Prime Minister, Haider Al-Abadi.

Indeed, the decision represents a big win for the current Iraqi government, which has been overhauling its stadiums and security at football matches in recent months, with much-needed moves like outlawing weapons, as part of a renewed effort at persuading the football governing body to once again allow competitive games. It also comes on the heels of a declaration of victory by Iraq over the Islamic State late last year, following more than three years of war against the terrorist organisation, with the country’s security forces (backed by a US-led coalition and with support from Iran) having retaken nearly all the territory that the extremists had once held.

Oddly, FIFA’s initial ban had not been prompted by the onset of the costly eight-year Iraq-Iran War in 1980 but scenes of carnage that took place on a football pitch six months earlier, after Iraq had been beaten by fierce rivals Kuwait following a controversial last minute penalty by a Malaysian referee. More street brawl than football match, the infamous debacle that ensued the final whistle on that fateful evening of March 31st, 1980 will forever be remembered by those who witnessed it. Not only was the official attacked by enraged fans and members of the Iraqi team, he was eventually escorted to his dressing room by the police, whereupon he was slapped, threatened and beaten with a gun by two local officials attempting to make him confess to taking a bribe from the Kuwaitis.

The referee eventually left Baghdad in the early hours of the following morning with a broken jaw, but Iraq’s fine of 25,000 USD and their subsequent two-year ban by FIFA appears extremely light in retrospect. Sadly for them, things never got much better as the eight-year war with Iran broke out in September, after which there was the 1991 Gulf War, 13 years of UN sanctions that crippled the country and finally the 2003 US-led invasions to topple Saddam Hussein. All in all, Iraq has played just 15 competitive matches at home since the start of the first ban in 1980 – only two after 2003.

Recently the Iraqi FA and sports authorities have been working on a campaign to overturn the ban with stability in the region improving and neighbouring countries aiding their cause. As such, Iraq has been hosting a number of Gulf friendlies including a centrepiece friendly with Saudi Arabia in February in Basra before which the Asian Football Confederation (AFC) President, Sheikh Salman bin Khalifa, told the press that it was time for the FIFA ban to be lifted.

Good news followed swiftly as just one month later, FIFA president Gianni Infantino announced the decision had been taken after a meeting of the FIFA Council in Bogota. Iraq’s Al-Zawraa club then wasted no time before hosting Beirut’s Al-Ahed on April 10th, to the delight of roughly 30,000 ticket wielding fans.

But fans best beware. FIFA’s decision represents more of an amber than a green light, as games have only been allowed in three locations for now – Erbil, Basra and Karbala (the country’s most modern facility). Matches in Baghdad, it’s worth noting have not been allowed, despite it being the country’s capital. But there’s good reason.

According to recent reports, the Deputy Head of the National Olympic Committee of Iraq and Boxing Federation Chief, Bashar Mustafa, was kidnapped by masked gunmen at a fake checkpoint on the Baghdad-Karbala road on April 24th, while on his way back from a funeral. The assailants took Mustafa to an undisclosed location before then releasing him hours later. Though the official is still in one piece and ISIS involvement has been ruled out (suspicions instead point towards criminals or partisan-linked armed factions being responsible), it looks like Iraq still has some way to go. 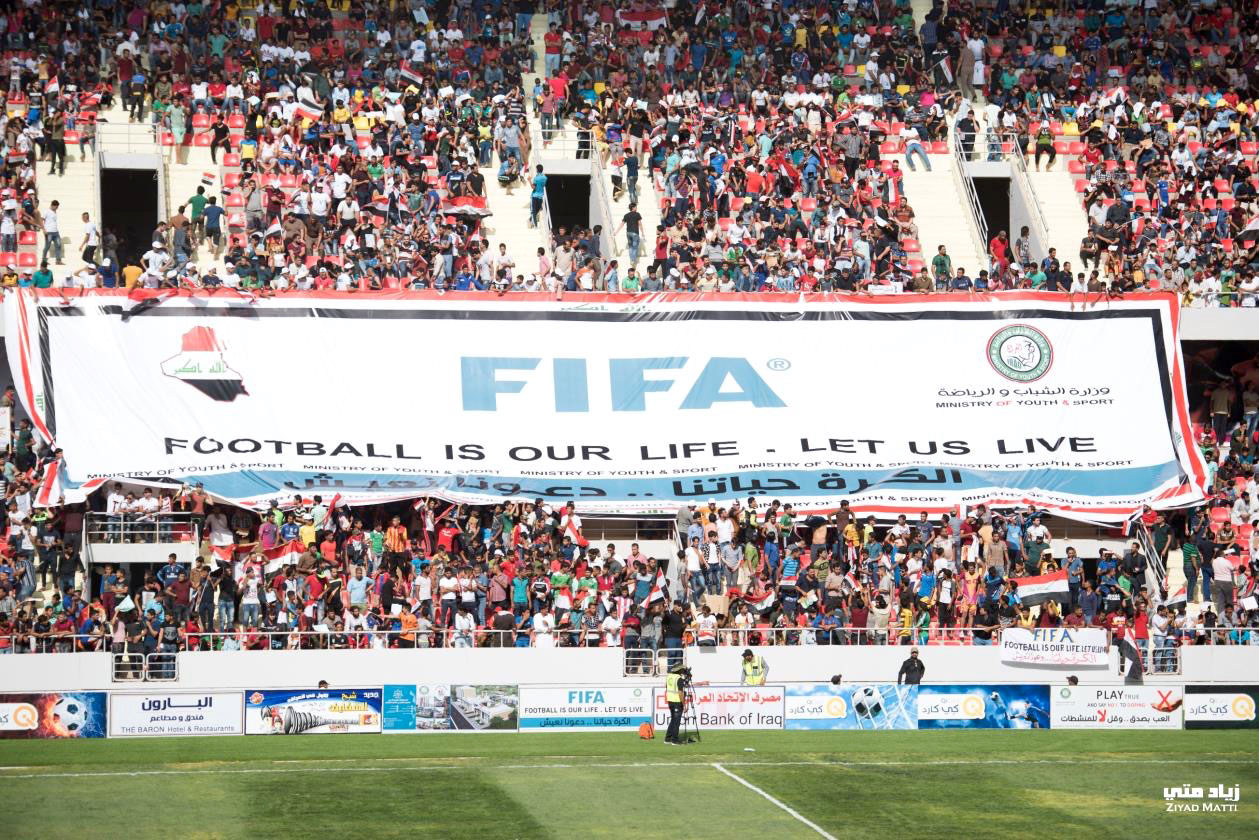 Opened in 2016, Karbala International Stadium was filed to capacity 34,000 spectators for its first international friendly between Iraq and Syria in November 2017.