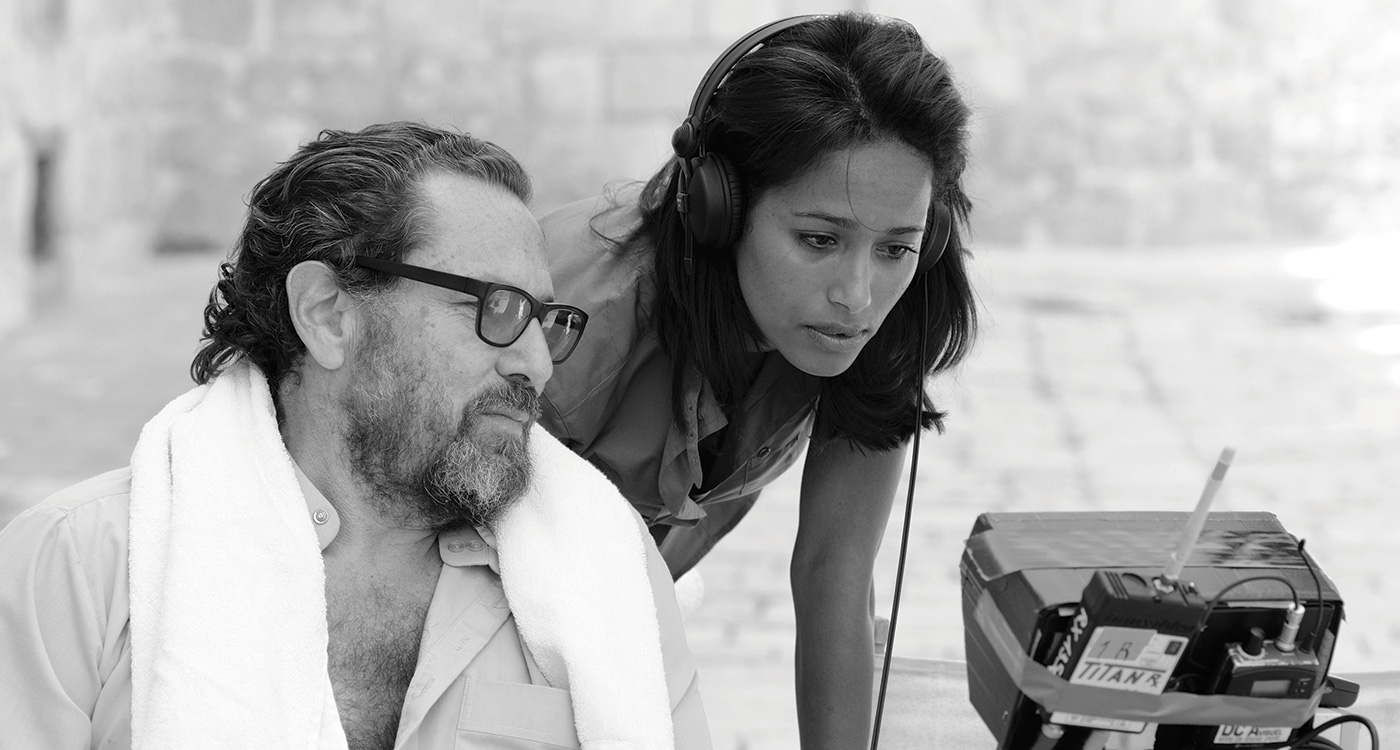 Italo-Palestinian Journalist Rula Jebreal's First Novel Has Been Made into a Movie by Julian Schnabel
December 1, 2011 Nina Rothe

The film on everyone’s lips these days is Julian Schnabel’s Miral. I finally watched it during the Doha Tribeca Film Festival where it received a standing ovation from an audience of Qataris, world cinema buffs, filmmakers and the media. The story of this extraordinary film is from a book of the same name by Palestinian writer Rula Jebreal, published in November by Penguin Books. “Miral is a red flower. It grows on the side of the road. You’ve probably seen millions of them.” So opens the film and while the actions of the title character may be remarkable, the story is that of many Palestinian women who grew up during the First Intifada. Miral is the story of an orphaned Palestinian girl who grows up in the Dar El Tifel Institute. The story follows Miral as she reaches the cusp of adulthood and ends up teaching in desperate refugee camps in the West Bank. As she uncovers the story of her people’s suffering she is torn between the desire to fight for Palestine’s future and her ingrained desire to pursue her education. It is also the personal, true story of Miral’s writer Rula Jebreal. 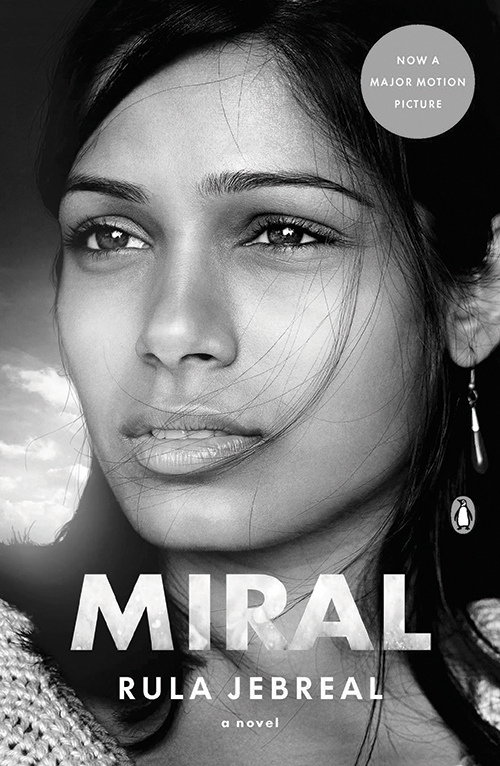 Miral was Jebreal’s first novel. It debuted in 2003 and has since been translated into 15 languages.

Jebreal is a wonder to meet in person. Wearing a chic dark brown cocktail dress during our talk in Doha, she is at once strong and beautiful, sexy, elegant and a survivor. This wonderfully refreshing combination, she admits to having learned from her teacher and mentor Hind Husseini. When I ask Jebreal how she integrates her indisputable beauty and being an intelligent woman to be reckoned with, she doesn’t miss a beat in answering. “This is a real image. Hind Husseini was like this. She was very elegant, very beautiful, very dignified, very vocal and very committed. Since 1948, when she built that orphanage [Dar El Tifel] she never stopped being elegant or beautiful. She always fought her battle in a modern way: Through education, through love and in a very classy way. I learned that from her and I feel that most Arab women are the same.” Husseini taught all her girls at ‘The Children’s Home’ to be cultured, multilingual and to stay aloof of politics to succeed.

These days in the arts and media a woman is either portrayed as a sex symbol, or as an intellectual. Jebreal is herself a media figure, having worked as an anchorwoman and political commentator in Italy, where she is well respected. Undeniably Miral is her story but she felt more comfortable having the book published as a novel. “The truth of the matter is I didn’t want to be so much exposed to the media. I was working already in the media and was already exposed as an anchorwoman. And after September 11th if you would have said that you were a Palestinian, Arab, Muslim woman, everybody would have attacked you. So I decided, you know what? It’s easier to call it a novel and then I can take some distance from it.”

Jebreal wrote the book in late 2000, just after the Second Intifada broke out. She explains, in her fluid, sultry voice “I was shocked because I thought, we went through this already, it happened, we made a peace agreement, it’s time to move forward… Now we are back to the tragedy and our kids have to live that destiny? I started to write the book to remember the hope, not only of being free but moving forward to the future. And I felt that promise had been broken but we needed to continue from that point and honour it. That’s why I wrote the book.” 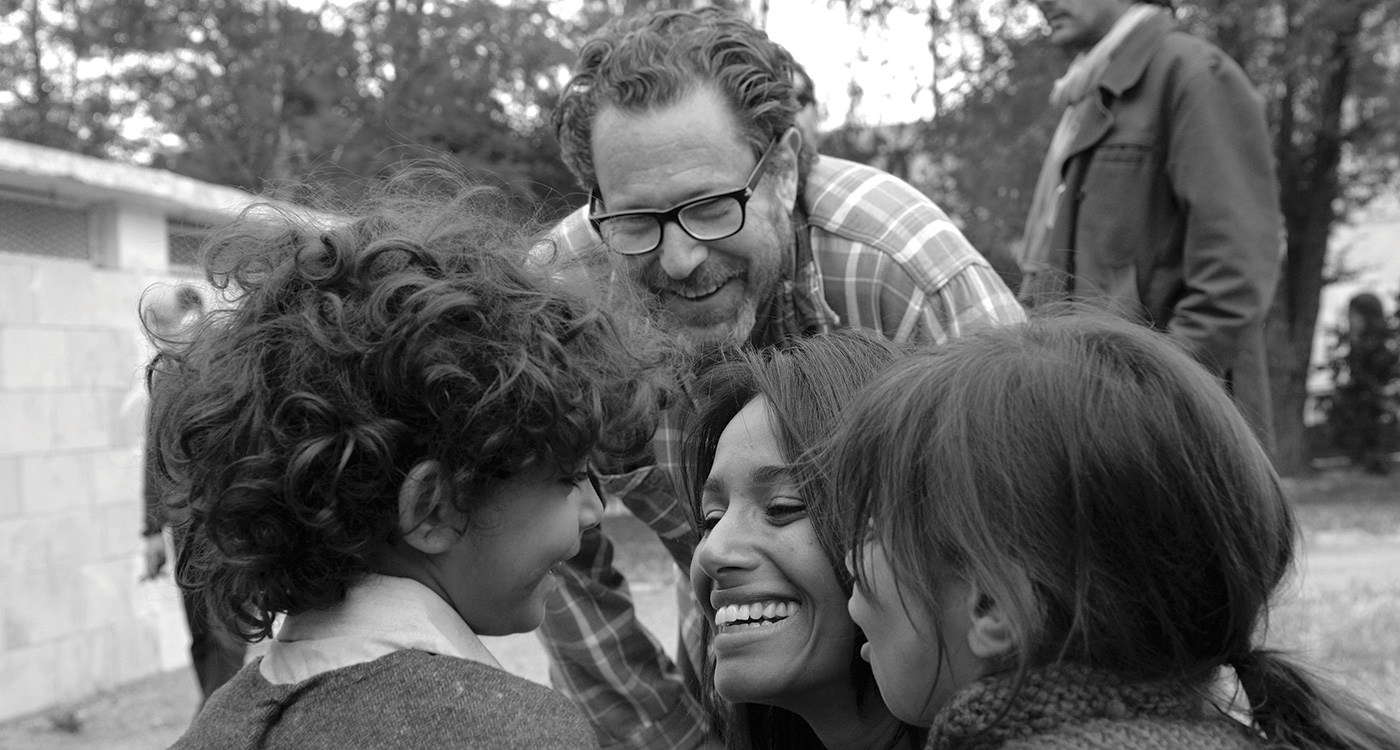 Julian Schnabel, who has won a Golden Globe, a Palme d’Or and an Academy Award nomination among others, on the set of Miral, alongside Rula Jebreal. Their offset relationship lasted from 2007 to 2011.

As far as how the film came about, Jebreal discloses “I met Julian Schnabel in 2007 and we started writing the screenplay.” The script had originally been written by someone else but Schnabel was adamant that Jebreal write it herself. He told her “Obviously this happened to you. Obviously this is your life. It’s time to bring it out to the people and it will teach them more if you will say that it’s your story.” But at the time, Jebreal was not ready to embark on such a project. “I told him ‘I don’t know, I need to talk to my sister.’ Because I am talking about private details, the rape of my mother, her committing suicide, I needed to talk to the Husseini family to use their name. So I asked everybody permission and I was surprised that everybody allowed me.”

In the film, Indian actress Freida Pinto plays Jebreal’s alter ego Miral to perfection, also according to the story’s creator. “When I met Freida, I opened the door of my house and I felt I was looking at myself in the mirror! I hugged her and felt that this human being is Miral. She is not only Miral, she can understand the suffering, the dignity and also the hope that I as a teenager went through. Every time I watch her on the screen, I feel that this girl really knocked the ball so far that she doesn’t even realise that. We shouldn’t tell her that, it’s too much for her.” 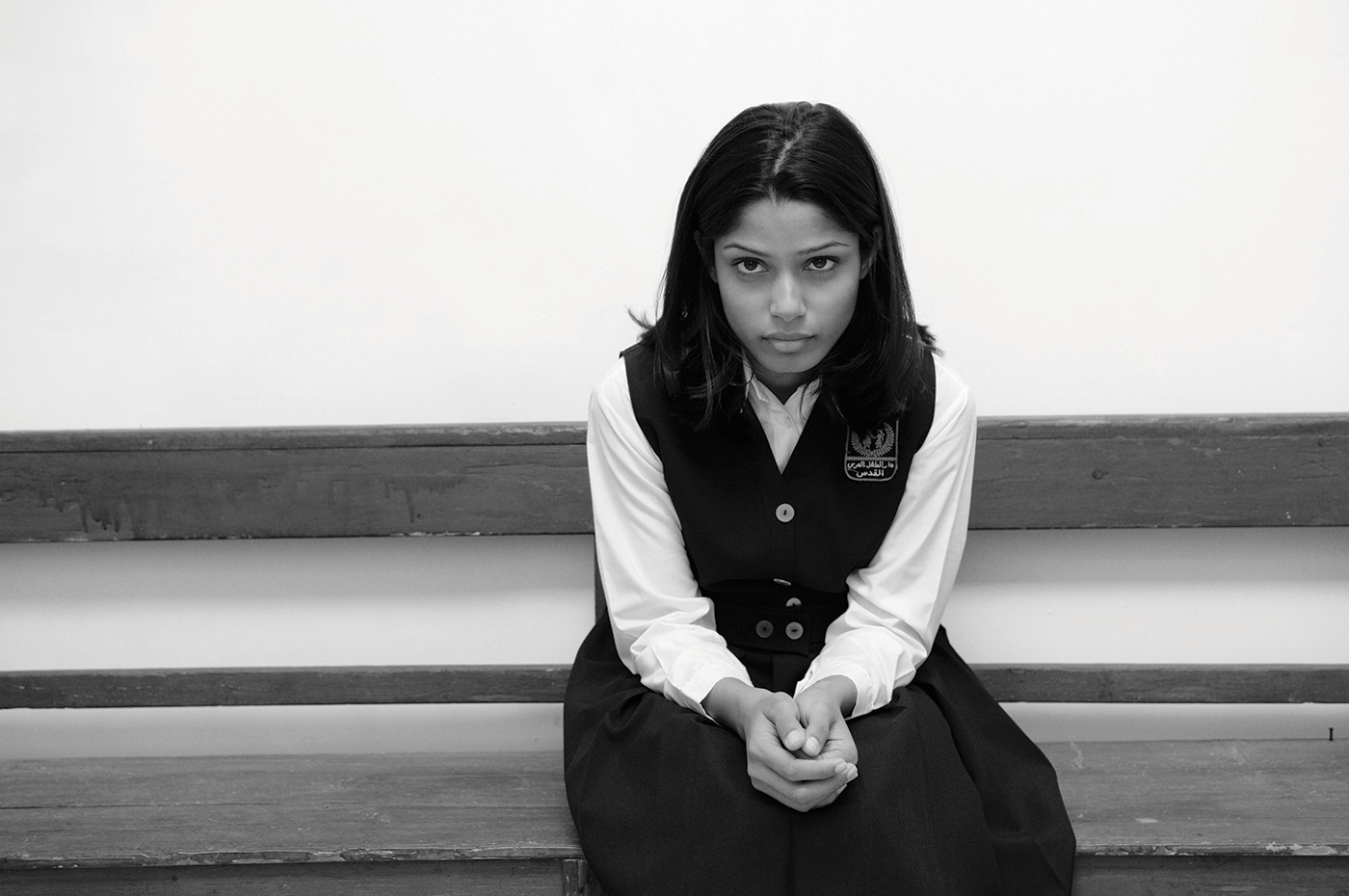 In the film, Miral’s father Jamal is played by the charismatic and elegantly subtle Alexander Siddig about whom Jebreal says, “When I met Alexander Siddig in London I could not shake his hand because he was so much like my father physically – Siddig is Sudanese and English. He is so dignified. He broke my heart. I looked at Julian and said “You know that he is the right person!” And Julian said “I know because I felt the same way from just reading the lines, without ever meeting your father”.

So how does Jebreal feel about the finished product? She admits “In the end, I’m proud of my story because through the process of writing the book, the screenplay, doing this movie I’m at peace with my past. I feel I owe my father and my teacher so much, that they saved my life, so I wanted to honour them.”