Products | Essentials | LVMH Has Again Turned to Frank Gehry, This Time For a Limited-Edition Bottle 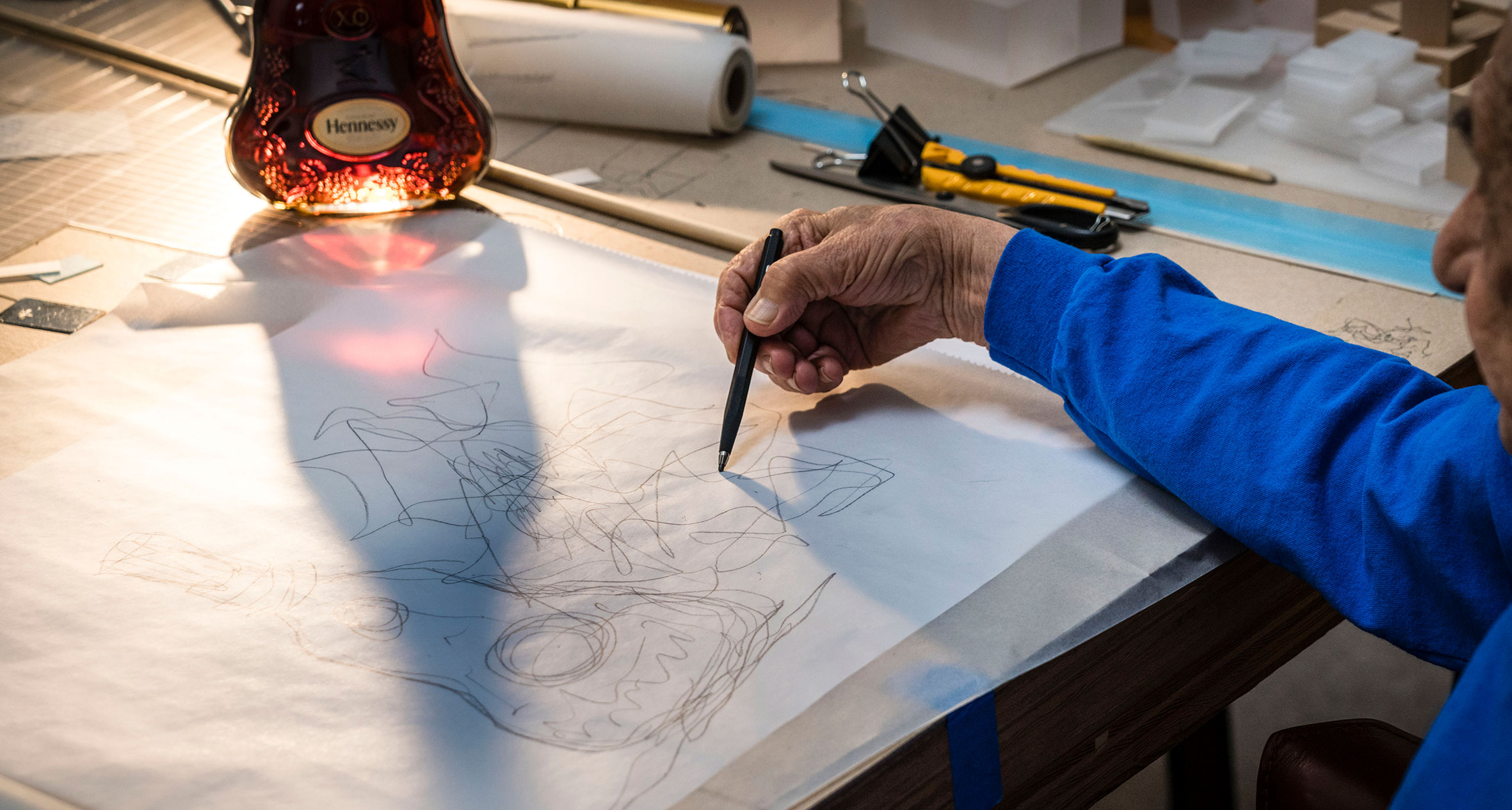 LVMH Has Again Turned to Frank Gehry, This Time For a Limited-Edition Bottle
January 15, 2021 Ziad Taha 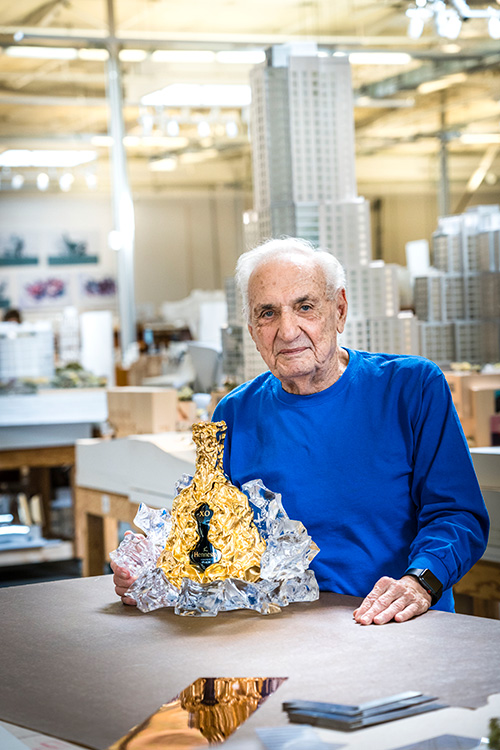 In the world of cognac, there’s Hennessy, and then there’s everything else. That’s because the French distillery – which is now a key component of the LVMH conglomerate – sells approximately 50 million bottles of the stuff every year. In percentage terms that means that Hennessy constitutes roughly 50 per cent of the global cognac market. Of course, the vast majority of their production centres around an entry-level V.S. (Very Special) cognac, but Hennessy’s flagship expression, X.O. (Extra Old), turned 150 this year so they’re marking the occasion with a highly unusual collector’s bottle designed by the Pritzker-Prize-winning starchitect Frank Gehry.
“It was an honour to be asked to celebrate this milestone for Hennessy X.O.,” Gehry said in a press release. “While I was excited, it was also daunting because a bottle of cognac is already a work of art – one you can smell, taste, and feel – it doesn’t need embellishment, as it’s already there. We are showing how we can be creative within that language. There’s such a powerful history and a serious emotional commitment from the people that make this product. It has a resonance that’s interesting to tie into and become a part of.”

Limited to just 150 examples, Gehry’s 17,000 USD bottle is covered in a crinkled sleeve that was cast from bronze and then dipped in 24-karat yellow gold. This rich texture may at first seem like it was designed to recall the façades of Gehry’s iconic landmarks, such as the Guggenheim, but its inspiration is in fact rooted in nature, conceived to evoke the twisting vines of the Hennessy Maison and the glistening Charente River that courses through its grounds. “I wanted to bring it to life, and so I took inspiration from its birthplace and used this crumpling effect of the material that gives it a feeling of movement. The materials I’ve chosen catch the light and make this a really beautiful object on its own, but then you realise it is a bottle of Hennessy X.O.,” adds the 91-year-old Canadian-American.