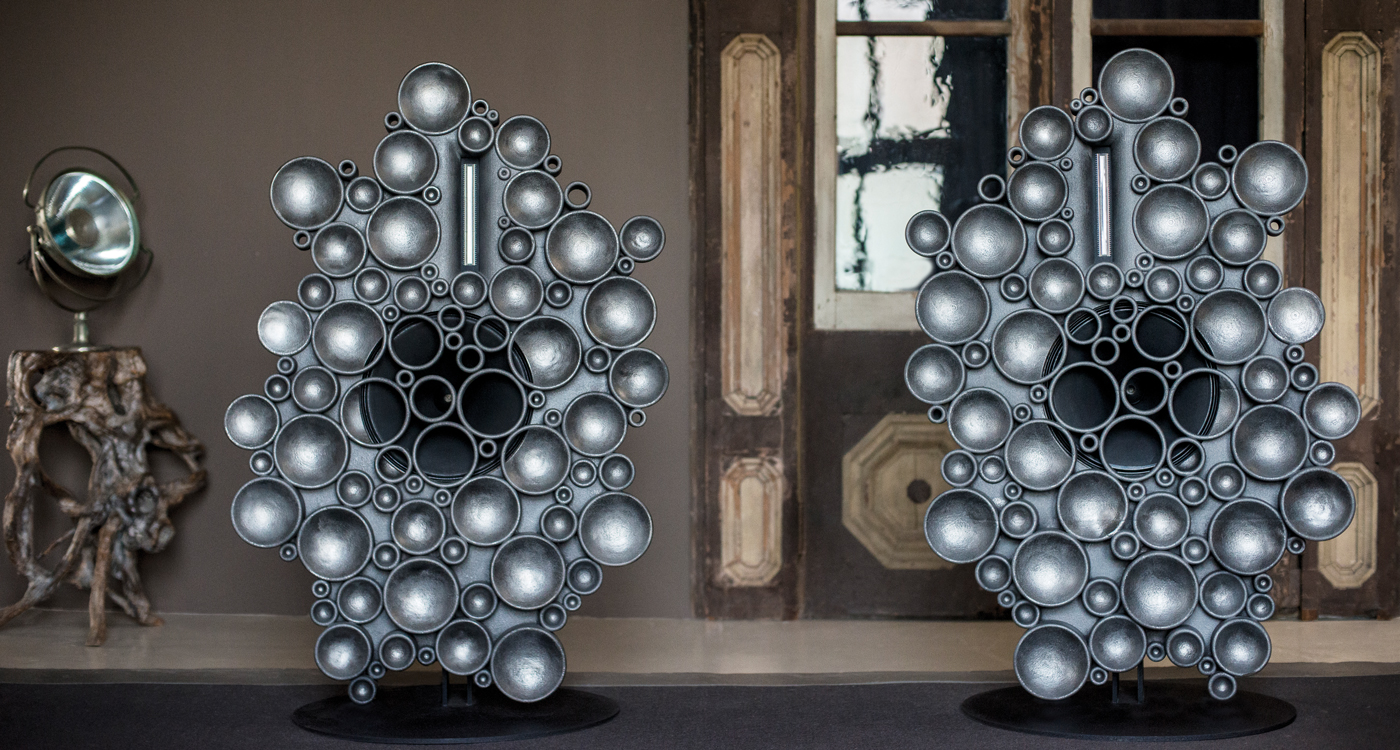 Made neither from wood, nor housed within an enclosure, Ironic by Oswalds Mills Audio is a mind-blowing set of speakers that look as spectacular as they sound.

Considering music can potentially alter your state of consciousness and even change your brain chemistry, it’s not surprising Oswalds Mill Audio founder Jonathan Weiss dedicates himself so fully to making the most obsessively well-crafted and thought-out audio equipment.

The former filmmaker recounts how he began his OMA journey back in 2007, somewhat by accident. Lured to help out with renovations on the Pennsylvanian farm of a sound engineer working on his film, Weiss soon stumbled upon Oswalds Mill, a nearby abandoned Germanic-style stone mill that dates back to 1800. Inspired by a former Studio 54 DJ who thought the remote property would be a perfect testing ground for sound equipment, Weiss scraped up enough cash to purchase the unique property and soon began collecting vintage horn speakers from old cinemas in New York City. Before long, a plan that had been made on little more than instinct grew into a massive renovation project and a pursuit for the ultimate sound experience.

Fortuitously, it turned out that the mill happened to be close to companies that could handle everything one would need to build serious audio equipment, set as it is in the birthplace America’s Industrial Revolution. Benefitting from the local, generational know-how in everything from machining to woodworking and high tech small manufacturing, and the nearby slate quarry, Weiss began producing his exceptional, handcrafted loudspeakers.
Horn-shaped loudspeakers, according to Weiss, are the most efficient at delivering sound in part because they are directional. His obsessive approach trickles down to every detail, from the glass Tungsten filament output tubes he uses in his amplifiers to the copper cables he uses to connect everything together. Weiss is preserving and improving upon the sound technology he deems best, namely that used in cinemas in the 1930s and 1940s that was developed by RCA. 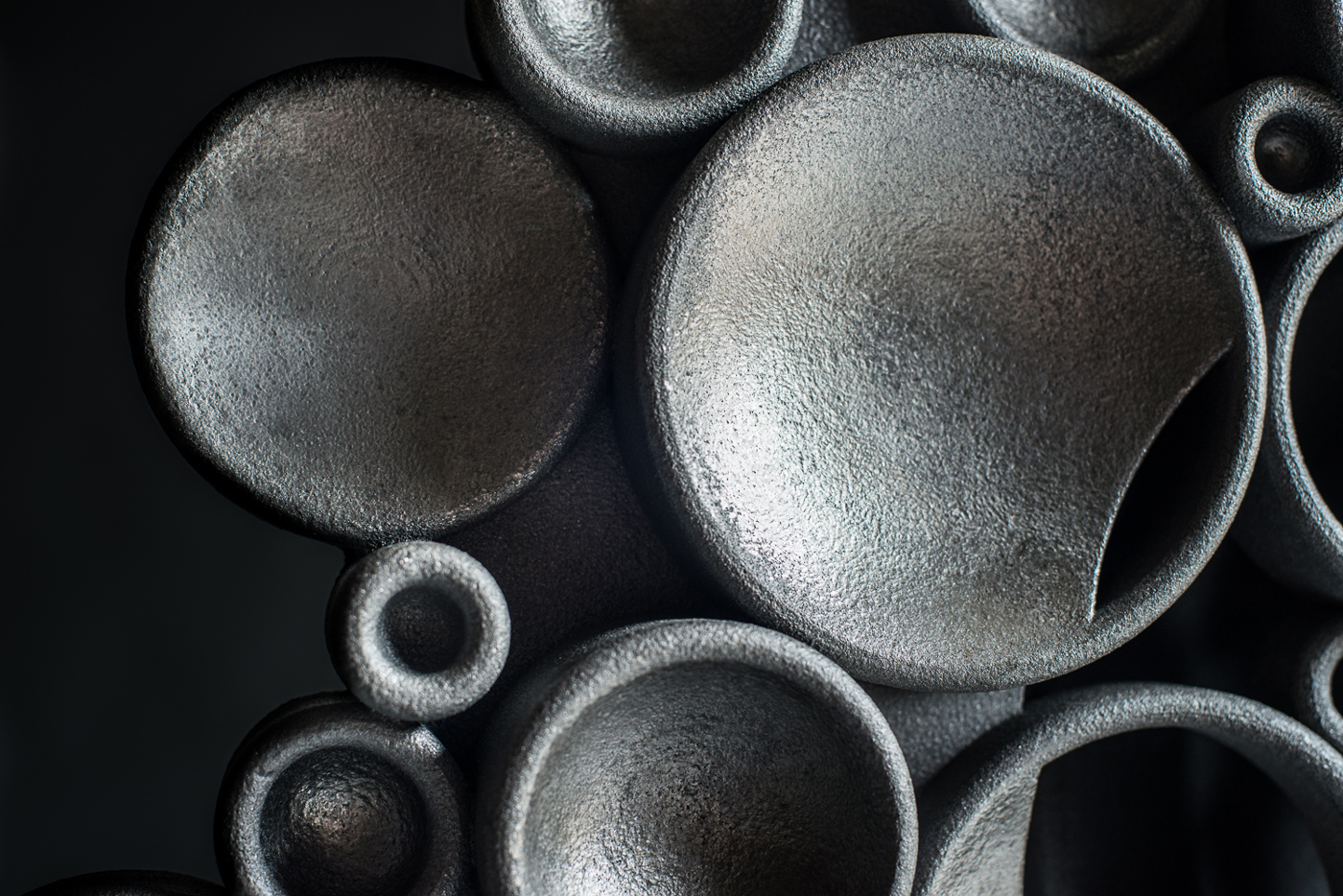 That’s not to say OMA equipment doesn’t jive with the modern world: the speakers, amplifiers, turntables and audio furniture is fully adapted to our modern way of life. It comes in admittedly spectacular forms however, like a new 160kg, 250,000 USD turntable which has taken five years of R&D and that will be out soon.

This also means you could potentially hook your OMA gear to your home theatre. “Movies are incredibly realistic when seen with OMA speakers for the sound, because your brain transfers the higher resolution sound into thinking the picture is better,” Weiss explains. “But most of our clients use our gear to listen to music, meaning really listen, not just have sonic wallpaper going in the background while they do other things.”

It’s worth noting that before he even became a filmmaker, Weiss had studied International Relations and Political Philosophy at Princeton, and Public International Law at London School of Economics, signalling his predisposition for serious analytical skills and a scrupulous mind. As such, his arguments against commercial audio equipment are pretty well laid out, and scathing. “The only thing the audio industry has done in the last 50 years is make equipment smaller, cheaper and more convenient to use. Sound quality was forgotten. Look at CDs. They came out in 1983. What digital technology is around today from 1983 outside of audio?” he asks, making a fair point.

A harsh critic of MP3s (which he points out remove up to 80 per cent of the sound information because of compression), Weiss even likens the commercial audio world to the Emperor’s new clothes.

“The best thing they make – headphones – cancels sound, it does not even reproduce it,” he scoffs.

This level of good old-fashioned craftsmanship doesn’t come cheap though: OMA speakers, for instance, range from 36,000 to 450,000 USD a pair. So, the 95,000 USD Ironic floor speakers are a relative bargain, especially when you consider they’re formed using a 3D printed cast, which is destroyed after just one use, their woofers are derived from a 1930s juke box, and the material with which they’re made is a special hypoeutectic iron that’s high in graphite to form a robust, non-resonant structure that resists all vibrations. It’s the first time speakers have ever been made from such a material and the major benefit is staggeringly clear sound. So, what’s with the name? “The dictionary definition of irony is ‘happening in an opposite way to what’s expected,’” says Weiss. “I think we’ve done that here.”