People | Insights | Warning: Salwa Chalhoub May Cause You to Collect Art. This May Result in Increased Happiness and Possibly, Future Gains 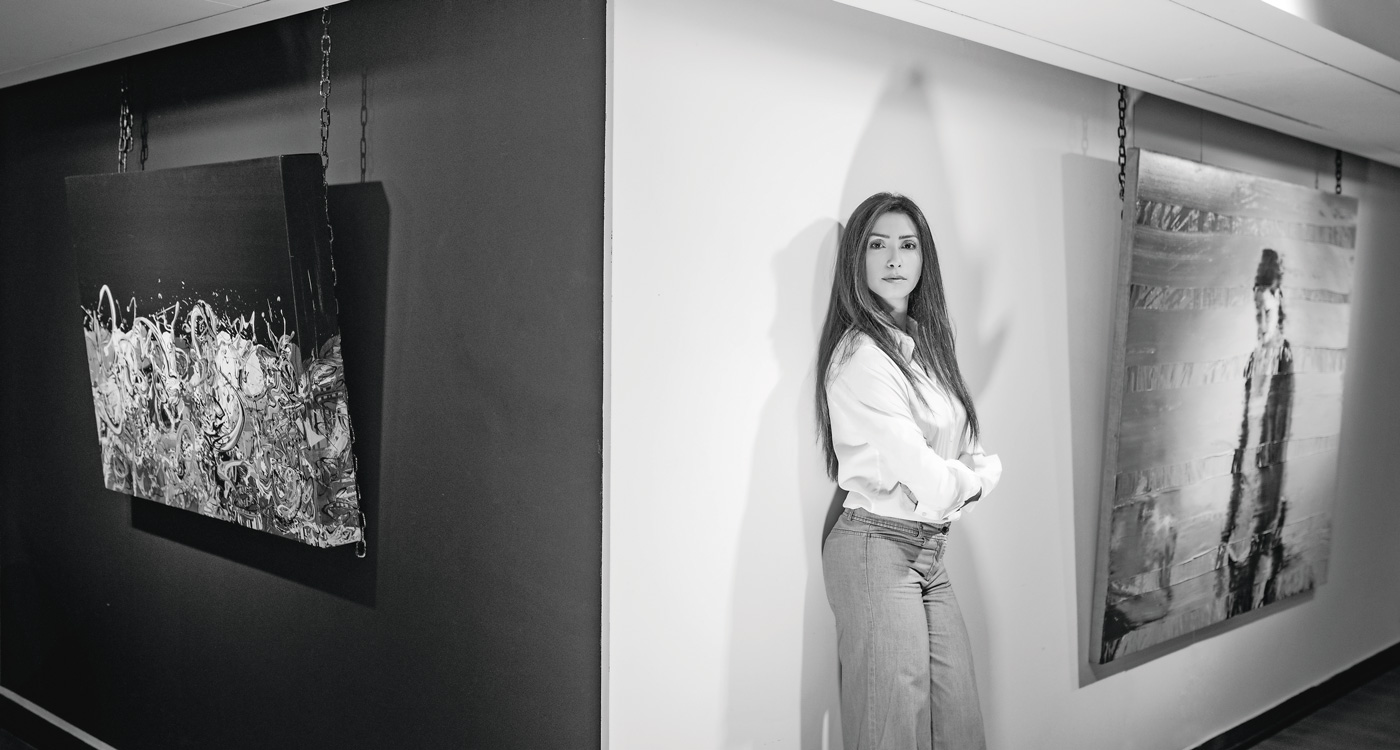 Warning: Salwa Chalhoub May Cause You to Collect Art. This May Result in Increased Happiness and Possibly, Future Gains
November 29, 2017 Nadia Michel 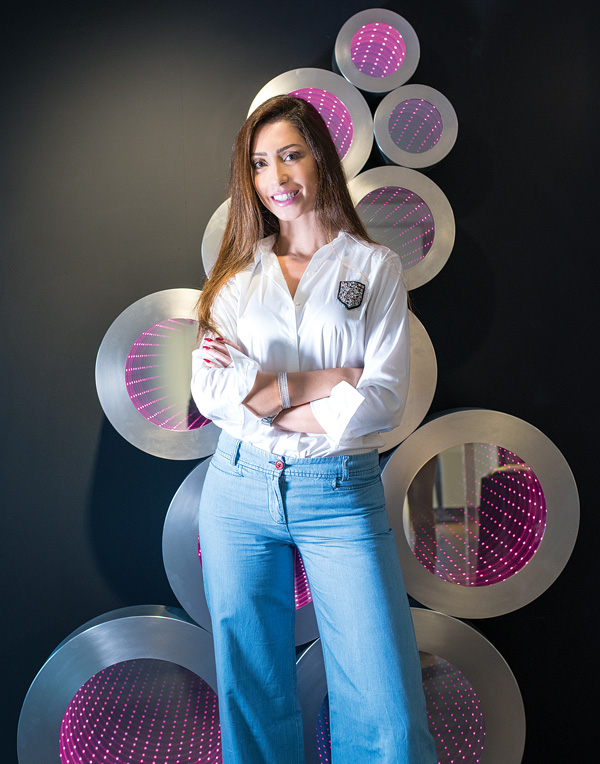 Salwa Chalhoub, manning the fort at her Opera Gallery in Beirut.

There’s something about meeting Salwa Chalhoub that gives you an irrepressible urge to collect art. She floats into the three-storey Opera Gallery in Downtown Beirut with her long dark silky smooth hair and the rhetoric of a young, cool and seemingly seasoned capitalist, and of course you find yourself intrigued. But, try as you might to resist, it won’t be long before she reels you into her art-centric world.

Pointing to a few of her favourite works currently on exhibition, Chalhoub clearly has a handle on today’s global art market. That’s to be expected considering the might of Opera is behind her, complete with a roster of 14 galleries representing a rock-solid portfolio of modern, post-war and contemporary artists. Unusually though, Salwa and her husband Georges Chalhoub are not mere franchise owners, they’re actually seasoned collectors-turned-gallerists who happen to own a sizeable number of shares in Opera’s parent company too. And Opera’s no small fry. In the world of art dealing, it has a curatorial upper hand, embedded as it is in so many key global locations, with an enviable communal collection to draw upon, as well as a number of exclusivity deals with some of the most in-demand masters.

Chalhoub’s eyes light up as she points to an image on her phone of a recent Manolo Valdés installation in Paris for which he placed six oversized sculptures in Place Vendôme. As it turns out, the Spanish artist is now part of Opera’s stable, yet Chalhoub’s enthusiasm and reverence hints at the fact she rates him as one the 20th century’s most important artists, alongside greats like Picasso even. (In case you were wondering, Picassos are also available through Opera, as are Renoirs, Matisses, Mirós, Boteros, Giacomettis and Hirsts.)

This sense of artistic awe appears again when she points to another piece in the gallery, a spectacular torso made of sculpted bicycle chains by Korean artist Seo Young-Deok. It is a complex medium, but Young-Deok’s message is one of industrialisation and the human condition. Furthermore, by taking something typically associated with freedom and travel, and reimagining it as a human structure, the artist’s chains, many of which are broken, help convey anguish, damage and restriction. Incredibly, without even attempting to peddle a thing, Chalhoub has effectively sold me the piece. In my fantasy art-shopping spree, at least. 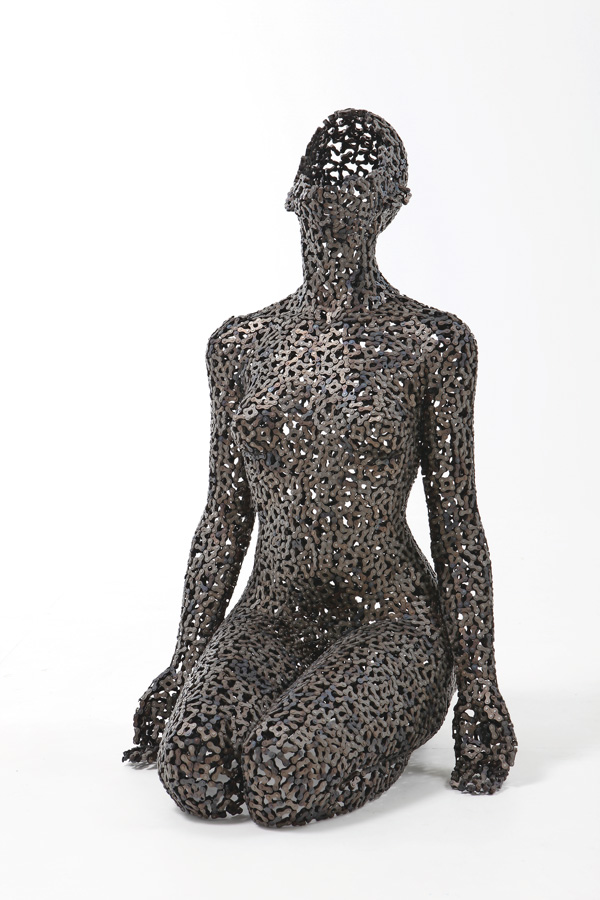 Her appreciation for art is somewhat instinctual – although she’s quick to point out that since she and her husband opened Opera almost two years ago, she has become a lot savvier about the business aspect. She’s also had to understand local demand and tailor the gallery’s offerings to what people want. At the same time, she’s also becoming a tastemaker of sorts. “We are trying to introduce a few artists we believe in, like Andy Danzler, a Swiss artist who is doing very well,” she says, before adding: “He is in the permanent collection at the White House.”

Danzler’s trademark is distortion and his work is both edgy and modern, creating freeze frame paintings that stylistically move between Photorealism and Abstract Expressionism. Often examining imagery drawn from various sectors of pop culture, Danzler’s got a mainstream palatability about him and Chalhoub appreciates that.

Of course taste, demand and market dynamics are never static. To illustrate this point Salwa cites how, when they first opened, she and her husband had intended to sell a number of paintings that were by a promising Iranian artist. Unfortunately, or fortunately depending on your viewpoint, the market dramatically shifted and prices for the artist’s work began to skyrocket. As a result, they decided to hold off that sale and give the pieces more time to mature. “We knew he was a master,” she says, “but we certainly didn’t expect his prices to jump so quickly.”

One might suspect Mrs. Chalhoub had prepared this anecdote to dispel any trepidation potential customers might have in investing in pricey art. And when we put this point to her, Salwa answers with sincerity that they actually work across multiple price points and remain very much on the side of the buyer, helping them make the right choices according to budget and taste. Add to that the ease with which Opera ships art around the world – free of charge even, thanks to their unparalleled network – and your typical stock market investments suddenly seems massively uninspiring in comparison.