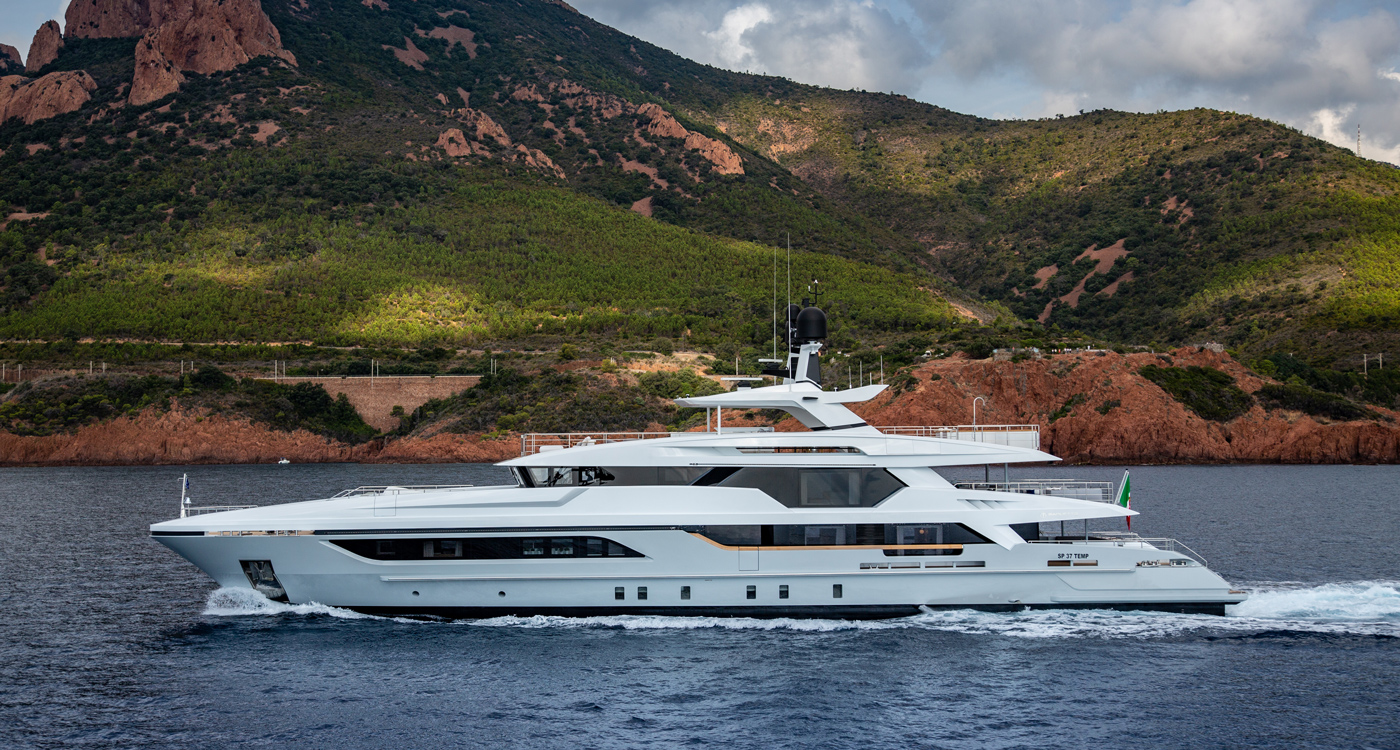 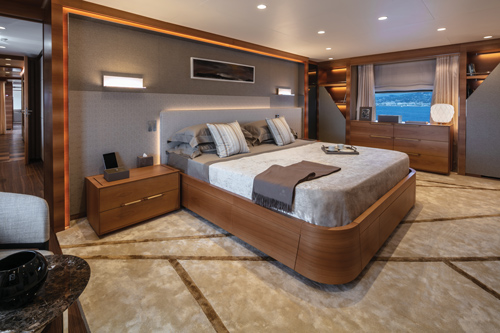 Baglietto is one of the yachting industry’s most storied brands, with a history that dates back to 1840 when Pietro Baglietto started building small fishing boats in the backyard of his house. After a few years, Pietro switched to larger pleasure vessels and by 1888, he had built a small sailing yacht for Pope Leone XIII. This was about the same period that the Impressionists were transforming the art world in Paris or the Wild West in America was being settled. By 1906, Pietro had built the 24-metre Giuseppina, Italy’s first yacht with a combustion engine. Pietro, always full of ideas, also built the world’s first prototype of a hydrofoil yacht.

Fast forward a century and Baglietto had become the name in Italian boatbuilding, having built its reputation in raceboats, Italian naval craft, motoryachts, and superyachts. The company had created boats for the rich and famous, for Italian poet laureates and even King Vittorio Emanuele III. By the end of the 20th century, it was building some of the world’s most advanced and desirable pleasure craft.

But in 2010, in the heart of the recession, Baglietto fell on hard times and declared bankruptcy. Italy’s Gavio Group, a 3.9 billion Euro corporation with interests across multiple industries, purchased the assets of Baglietto. In 2015, it named Michele Gavino as Baglietto CEO and tasked him with resurrecting the brand.
Gavino, who had worked in other industries including aviation, had his work cut out: the shipyard had shut down, and many of its longtime customers had moved on to other brands. But there were many assets: Francesco Paszkowski, who had become Baglietto’s exclusive designer, was willing to continue designing for the brand. The shipyard was intact and many of the former employees wanted to work for the company.

The new executive team has invested 21 million Euros into the shipyard and workforce, doubling its technical team and adding modern equipment to the facility, while increasing its dry-dock space. 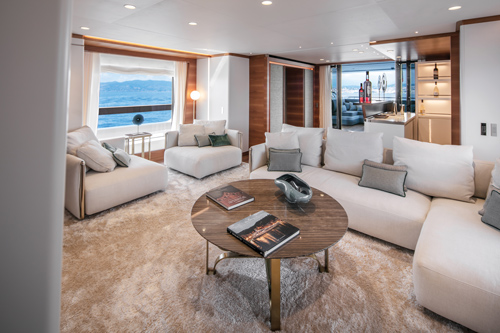 Last summer, the launch of the 48-metre Andiamo proved to the world that Baglietto could still produce world-class superyachts. But more recently, the yard reached another milestone with the launch of project 10228, the sistership to Andiamo. The yacht was the largest boat in the Cannes Yachting Festival in September (where it sold on the first day of the show), and was subsequently queen of the show at Genoa’s Salone Nautica several weeks later, and finally the yacht took pride of place at the Monaco Yacht Show.

This new 48-T is a significant departure for the yard. While Baglietto commissioned Paszkowski to create the exterior, Gavino made the courageous decision to have an in-house team of designers and architects create the interior. “We wanted the yacht to have a sense of elegance, but not be a copy of what Francesco had done earlier,” says Gavino. “We didn’t want to just rest on the brand’s laurels going forward because we knew that could be dangerous. We also had ideas for new features that had come from clients.”

Designing a superyacht interior is a risky proposition. Most yards these days are using name-brand design firms in Italy, the U.K. and Monaco to give the yacht instant pedigree, regardless of whether the interior is a breakthrough design or just a copy of a copy. But not Gavino. He challenged Baglietto’s team, who created a yacht that uses Italian walnut as a base wood, and combines it with gold and bronze accents, light-shaded carpet and cream-colored leathers. The galley has an unusual design, reminiscent of an oceanliner, as it includes walk-in cold rooms for storing food for long-distance cruises. The yard’s designers even included a luggage room, a nice touch where owners and guests can keep their bags, instead of taking up space in their staterooms.

“We added features like the beach club and galley storage that our customers have been asking for,” says Gavino. “We’re really proud and relieved with the way she turned out.”

The beach club is an especially inspired design, with 47sqm of space featuring a bar, steam room, and an area that could be a gym, spa, or yoga centre. The most beautiful aspect is that the room connects to the sea, providing the same kind of tranquillity as gazing from a mountaintop or sitting on a quiet beach.

Baglietto has always been known for its use of advanced materials and that never went away after the brand was resurrected. “We’ve incorporated new materials used in aerospace and other industries,” says Gavino. “Of course, our metalwork is known across the industry for the detail we bring to intricate pieces internally or the beautiful stainless-steel railings and cleats on the exterior.”

Amazingly, the Baglietto line-up now ranges from 13 metres to 70 metres, and it includes fast planing yachts and long-range fuel-sipping hybrid displacement yachts. Though Paszkowski still does the lion’s share of design work, Baglietto has also tapped firms like Milan-based Hot Lab and Santa Maria Magnolfi to create different looks for the mid-range superyachts. Its 70-metre halo product is designed by Mulder Design in the Netherlands.

These designs will no doubt define the new Baglietto as the company moves forward. “New products are the only way to develop the next chapter of our history,” says Gavino. “They will keep us alive for the future.” 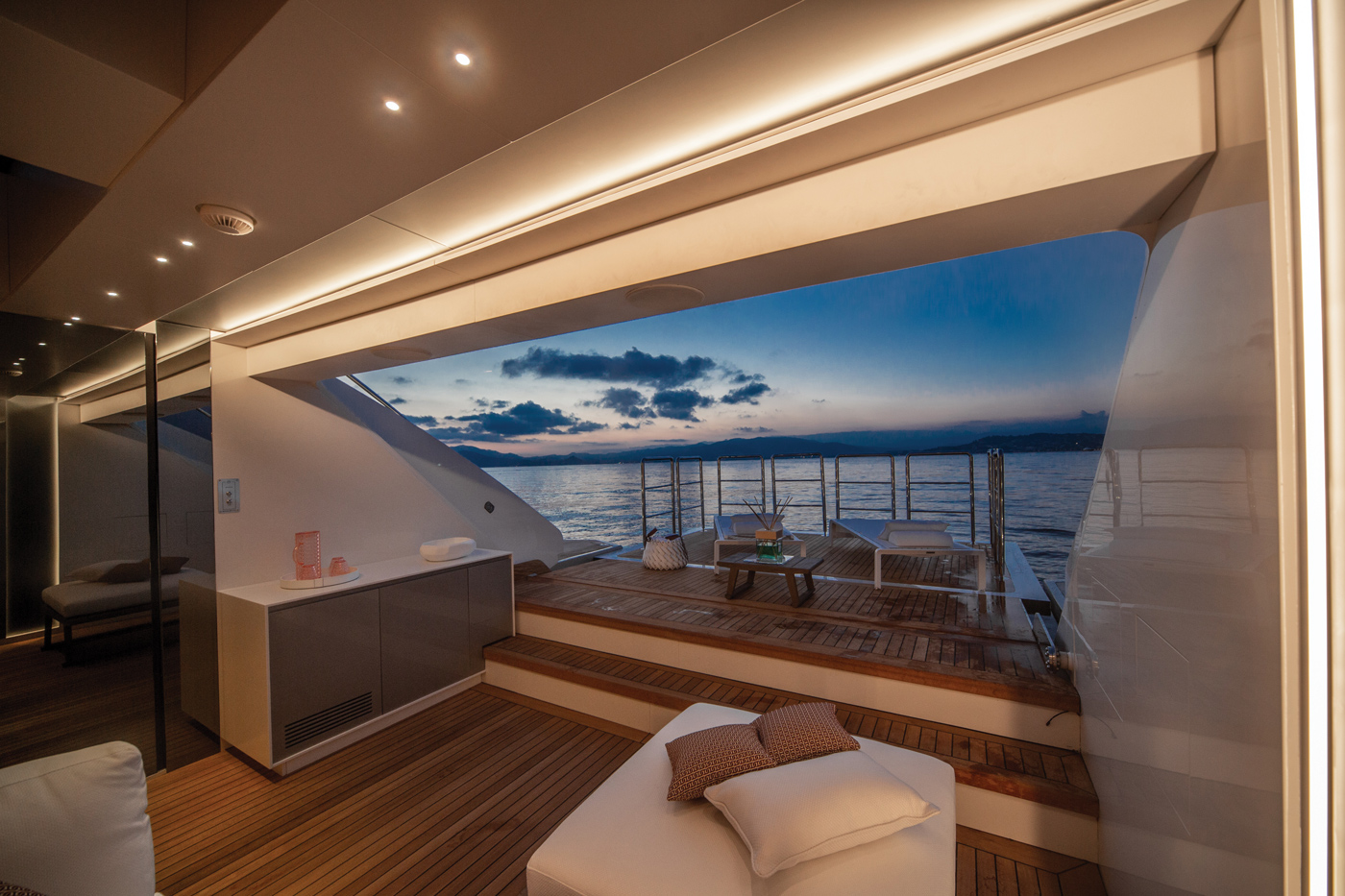 H&M Leads the Way with Circulose, the World’s Most Sustainable Material